Last October we challenged a small group of AARP members to try a weight-loss plan devised by John Whyte, M.D. He created the diet based on research (from the National Institutes of Health and AARP) that looked at the relationship between food and disease in people over age 50.

Oren Skinner, 66, says "I made lots of seafood and chicken breasts. The recipes were all very good."

Four months later we checked in with five of our dieters to find out how they were doing. The verdict? All of them had lost weight. Our core group shed a collective 92 pounds. And they're still at it. Here's why they think the diet succeeds.

It's an easy eating plan

Unlike weight-loss programs that require special meals and supplements, this one focuses on foods available in any grocery store: lots of fish, fruits, vegetables, nuts and whole grains. The diet "is all very simple," says Vinod Datta, 68, a former restaurant owner from Glenelg, Maryland, who lost 15 pounds over the course of 16 weeks.

Dieters are told to avoid restaurants for the first two weeks — something that Oren Skinner, 66, of Daniel Island, South Carolina, initially found challenging. But the retired school superintendent pulled out his skillets and stuck to the plan. Within four months he was down by 18 pounds.

The diet encourages smaller, more frequent meals to help maintain blood sugar levels and to keep you feeling full all day long. In fact, you're allowed to eat so much that Kathy Gardner, 51, of Goshen, Indiana, asked Whyte if she had to finish all the food the eating plan prescribed. "Just eat until you're full," he told her. "But don't skip a meal or snack." At last check-in, Gardner had lost 30 pounds from her starting weight of 240.

The whole family can enjoy it

Michele LaBare, 53, of Maple Valley, Washington, says she's tried and failed at many different diets. In the past, the mother of four would eat her diet food while her family had regular meals. Now she prepares the same healthy dinners for everyone. Not only has she lost 16 pounds, but her kids say they prefer her current cooking. 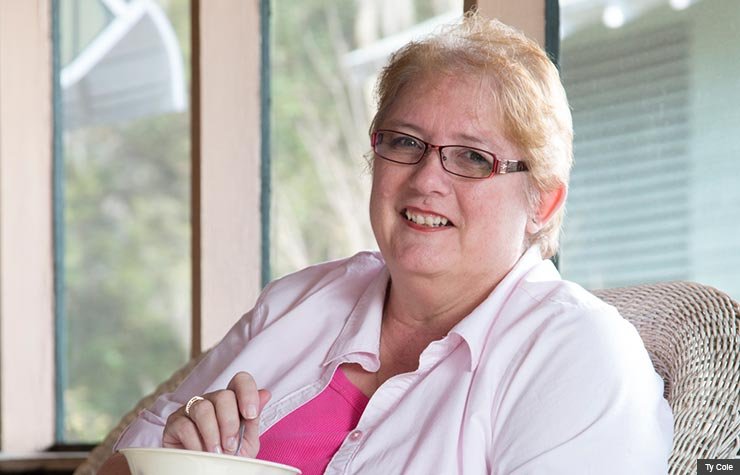 The diet helped Jane Jones, who has diabetes, control her blood sugar levels.

Jane Jones, 54, of Jacksonville, Florida, has lost 13 of the 40 pounds she's trying to shed. She's even prouder that her doctor says her new eating habits are helping to manage her type 2 diabetes. "I feel so much better," she says.

The most convincing evidence of success? Our participants aren't yearning for the day when the diet is over.

"This is an eating plan I could stay on for life," Datta points out.

Will he and the others maintain their resolve? We'll check in again in another few months and report back on their progress.