5 Common Medications That Can Cause Weight Gain

All drugs have side effects, but some can come with added pounds 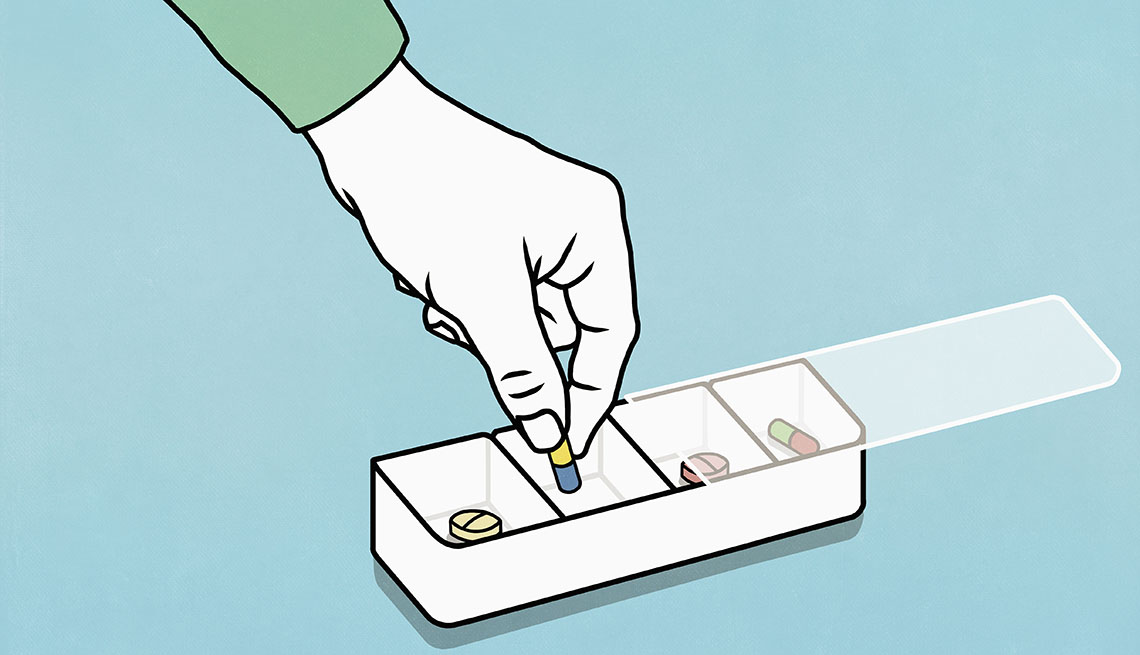 Side effects are common with almost any medication. What’s less common are side effects that can complicate your recovery from the very condition you’re looking to treat. Case in point: medications that can cause weight gain.

“Often, we think of side effects that cause more [physical] symptoms — dizziness, stomach problems, fatigue,” says John Batsis, M.D., an associate professor in geriatric medicine and nutrition at the University of North Carolina at Chapel Hill. “Weight gain, though, can creep up on you.” And for patients who have other medical issues — osteoarthritis or high blood pressure, for example — “the excess weight can potentially worsen” those conditions, Batsis says.

Yet research suggests a growing number of people take drugs that cause weight gain — most notably, for conditions that are exacerbated by excess weight, including heart disease and type 2 diabetes. Drawing on data from the 2017-2018 National Health and Nutrition Examination Survey (NHANES), a recent study published in Obesity found that 1 in 5 U.S. adults take at least one medication that causes weight gain, the most common being some beta-blockers and diabetes drugs such as insulin and sulfonylureas.

As side effects go, weight gain may not seem like a big deal, especially if you’re treating a life-threatening condition. But in less serious scenarios, added weight can compromise your overall health. People with obesity are at increased risk for many serious diseases and health conditions, including heart disease, stroke and death, according to the Centers for Disease Control and Prevention (CDC). Even modest weight gain — we’re talking five to 20 pounds — can have negative health effects, one study shows.

Keep reading to see why each of these common medications causes weight gain and what you can do to prevent any changes on the scale.

Maintaining a healthy weight is an important part of any treatment for type 2 diabetes. But here’s the rub: Some of the drugs prescribed to help manage the condition often result in weight gain. Take, for instance, injectable insulin.

The hormone works by helping the body’s cells absorb glucose. Insulin causes a spike in weight, however, when the cells absorb too much glucose and the body converts it into fat. Not everyone with type 2 diabetes is on insulin. But insulin isn’t the only type 2 treatment that carries this side effect.

Sulfonylureas (such as glyburide, glipizide and glimepiride) reduce blood sugar levels by 20 percent, but they can also cause a weight gain of about 4 to 5 pounds on average, according to a study published in Archives of Medical Science. That’s because they stimulate beta cells in the pancreas to release insulin.

What to do? “These medications have been used for many years and are often commonplace in diabetes management, but there are newer medications that promote weight loss and should be considered,” Batsis says. Bottom line: Talk to your doctor if you’re concerned.

If you’ve been on an antidepressant for a while now and you’ve put on weight, it could be a sign of improved mood if weight loss was a symptom of your depression.

Significant weight gain, on the other hand, is likely a side effect of the medication itself, especially if you’re taking an SSRI (short for selective serotonin uptake inhibitor), the most commonly prescribed class of antidepressants. Here’s why: SSRIs, such as paroxetine (Paxil), sertraline (Zoloft) and citalopram (Celexa), work by “increasing the amount of serotonin in your brain, which is a key neurotransmitter involved in depression,” Batsis says. “Serotonin, though, is also implicated in the biological and neurotransmitter processes that regulate weight and appetite. There are many serotonin receptors, but at a high level they interfere with this process.”

The good news? With many of the newer second-generation antidepressants, there is often no weight gain; some, such as bupropion (Wellbutrin), may even result in weight loss, Batsis says, echoing the results of a review of studies published in the journal Postgraduate Medicine.

“Bupropion is less likely to cause weight gain and when coupled with naltrexone (Vivitrol) is a potential treatment for obesity,” he says. “Yet in older adults, bupropion, while safe, needs to be counterbalanced with other medical issues as it may have more central nervous system side effects.” His advice: Work with your medical team to find the best treatment for your situation.

Beta-blockers work by slowing the heart rate, the heart’s workload and its output of blood, all of which lowers blood pressure. That’s why they’re often prescribed as a treatment for hypertension, angina and irregular heartbeat. If you’re on a beta-blocker, no one has to tell you the side effects include fatigue, insomnia and a slow heartbeat. All of those can add up to a less physically active lifestyle, which — no surprise — may result in extra weight.

“Weight gain often occurs in the first few months after initiating beta-blockers like atenolol or metoprolol,” Batsis says. That’s “thought to be due to changes in metabolism, insulin sensitivity and impact on skeletal muscle metabolism.”

If you’re on a beta-blocker and weight gain is an issue, talk to your doctor about possible alternatives such as carvedilol, a nonspecific beta-blocker; angiotensin converting enzyme (ACE) inhibitors; angiotensin receptor blockers (ARBs); or calcium blockers, Batsis says.

Oral corticosteroids — like prednisone and methylprednisolone — are prescribed for everything from severe allergies and rashes to rheumatoid arthritis, but they come with a number of side effects — among them, weight gain. The culprit? Fluid retention.

To avoid weight gain, Umashanker recommends a diet rich in low-glycemic foods such as fruits and vegetables, beans, minimally processed grains, low-fat dairy and nuts, all of which are “slowly digested and absorbed, causing a slower and smaller rise in blood sugar levels.”

Talk about a vicious cycle: If you’re overweight and suffer from migraines, the extra weight puts you at greater risk for more frequent and more severe migraines. And yet weight gain is a side effect of some migraine-preventive meds, including propranolol (Inderal) and divalproex sodium (Depakote).

According to the American Migraine Foundation, people at a healthy weight who experience migraines have about a 3 percent chance of developing chronic headaches. For people who are overweight and for people with obesity, however, the chance of chronic migraine is 3 to 5 times greater.

If you’re on a migraine-preventive medication that’s causing weight gain, talk to your doctor about switching to one that has the potential to suppress appetite, such as topiramate (Topamax), zonisamide (Zonegran) or protriptyline (Vivactil).

Kimberly Goad is a New York-based journalist who has covered health for some of the nation’s top consumer publications. Her work has appeared in Women’s Health, Men’s Health and Reader’s Digest.​

Kimberly Goad is a New York-based journalist who has covered health for some of the nation’s top consumer publications. Her work has appeared in Women’s Health, Men’s Health and Reader’s Digest

Mixing medicines with certain meals can render them ineffective

Some over-the-counter flu remedies can elevate pressure, interfere with meds

Side Effects of COVID-19 Boosters

Symptoms are similar to second shot