A big takeaway: FDA-approved Wegovy (semaglutide) appears twice as effective as other Rx treatments for obesity 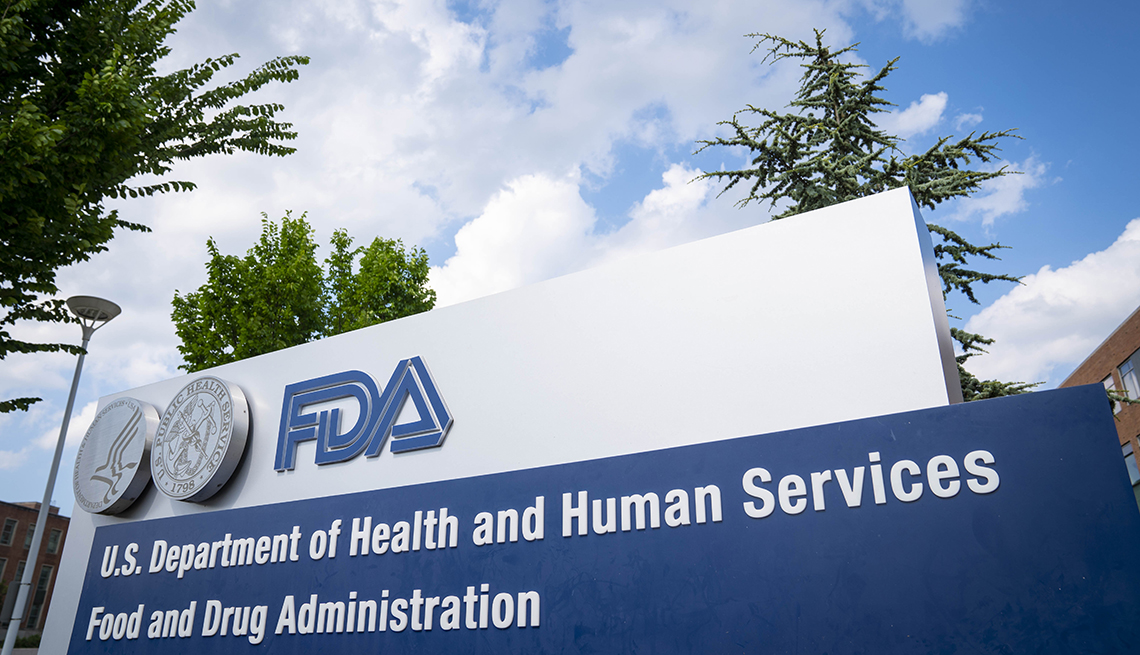 Weight loss medication gets a bad rap, and it's not hard to understand why. Over the years, both over-the-counter and prescription drugs have been disappointing, with lackluster results and unpleasant side effects. Others have turned out to be dangerous or even deadly. Is the newly approved semaglutide any different? Obesity experts think so. 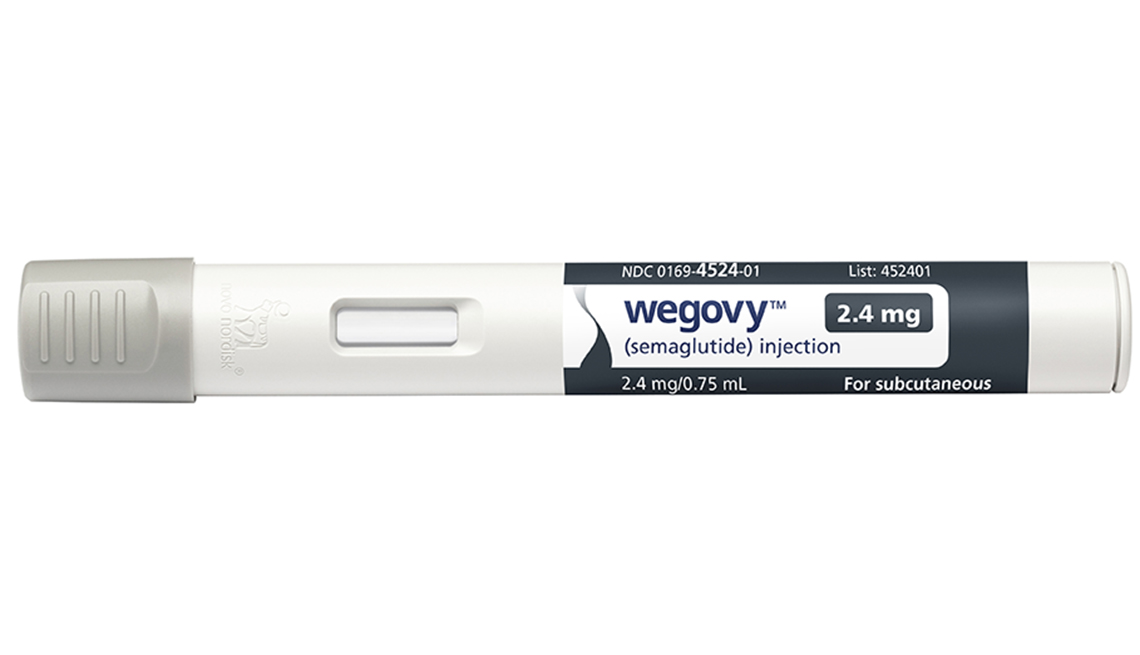 The drug, approved by the U.S. Food and Drug Administration (FDA) in early June and sold under the brand name Wegovy, is for “chronic weight management” in clinically obese adults, who are defined as those with a body mass index (BMI) of 30 or greater. But people considered merely overweight, with a BMI of at least 27, are also eligible, provided they have at least one weight-related ailment, such as high blood pressure, high cholesterol or type 2 diabetes.

Semaglutide isn't a new drug but rather a repurposed one; the same active ingredient has been on the market since 2017 as a treatment for type 2 diabetes. Use of the drug as a once-weekly injection designed to lower blood sugar often leads to some weight loss — especially among patients who take the 1 mg-per-week dose instead of the lower .5-mg option.

Thanks to the new FDA approval, an even higher dose of semaglutide, 2.4 mg, will now be sold specifically for weight loss under the brand name Wegovy.

The drug's manufacturer, Novo Nordisk, conducted several studies on the safety and efficacy of the 2.4-mg dose before applying to the FDA for approval. The largest study, a 68-week double-blind trial of nearly 2,000 obese adults who did not have diabetes, found that people who took 2.4 mg of semaglutide weekly — in addition to participating in a diet and exercise program — lost significantly more weight than those who made the same lifestyle changes but were given placebo injections.

"The data is pretty impressive,” says Jennifer L. Kirby, M.D., Ph.D., associate professor in the Division of Endocrinology and Metabolism at the University of Virginia Health System. “We have a limited amount of tools in our toolbox when it comes to the treatment of overweight and obesity. The addition of semaglutide is excellent news."

Why the drug beats out other Rx options

At the moment, there are only a handful of other FDA-approved weight loss drugs on the market. None of them work nearly as well as semaglutide, says W. Timothy Garvey, M.D., Butterworth Professor at the University of Alabama at Birmingham and director of the UAB Diabetes Research Center.

"The efficacy of [semaglutide], so far as we can see in clinical trials, is twice that of what we've seen with currently approved weight loss medications,” says Garvey, who has overseen studies on a variety of weight loss drugs, including semaglutide.

Semaglutide belongs to a class of medications initially used to treat diabetes by mimicking a natural hormone (GLP-1) that prompts the body to produce more insulin after eating. That, in turn, reduces blood sugar levels. And yes, these drugs often come with the bonus side effect of weight loss.

With most GLP-1 drugs, however, weight loss tends to be modest — most people lose only 6 to 9 pounds. Those who take 2.4 mg of semaglutide (Wegovy) often lose far more. If your starting weight is 200 pounds and the drug enables you to drop 15 percent, you'll lose 30 pounds.

How semaglutide works in the brain

The weight loss benefit comes thanks to the drug's ability to suppress appetite by acting centrally in the brain. With your appetite in check, you're likely to eat less and choose foods that aren't as calorically dense, says Kirby, a “diplomate” of the American Board of Obesity Medicine.

Another FDA-approved weight loss medication that's very similar is liraglutide (Saxenda), which is made by the same manufacturer and also sold as a diabetes drug (under the name Victoza). Although both are GLP-1 drugs, liraglutide is about half as effective as the 2.4-mg dose of semaglutide (Wegovy), Garvey says.

Other prescription weight loss medications on the market that act on the central nervous system to suppress appetite (though by a different mechanism than GLP-1 drugs) include bupropion-naltrexone (Contrave) and phentermine-topiramate (Qsymia). The only other FDA-approved weight loss drug that doesn't work by suppressing appetite is orlistat (Xenical, which is also sold over the counter as Alli), which works by decreasing the absorption of fat from the foods you eat.

None of these other drugs come close to the efficacy of Wegovy, according to experts and published studies.

A “game changer” but not a “magic pill"

Although Garvey describes the approval of semaglutide for weight loss as a “game changer,” he's quick to caution that using it isn't a quick or easy fix. “It helps patients adhere to a reduced-calorie diet; it's not a magic pill. You still have to pay attention to lifestyle choices and keep up physical activity,” he says. What it does is make it far easier to stick with the diet and exercise changes necessary for weight loss, which can otherwise be extremely difficult for overweight and obese people.

"It's not their fault,” says Garvey. “The disease mechanism [of obesity] is making them feel hungrier,” so even if they manage to lose weight, they usually regain it.

To avoid side effects, slowly increase your dosage

Side effects of semaglutide tend to be mild, says Kirby, though many new users experience gastrointestinal problems such as nausea. Some also experience diarrhea, vomiting, constipation or stomach pain. To avoid or mitigate such problems, anyone starting semaglutide should begin on a lower dose and slowly work up to 2.4 mg.

Semaglutide carries a warning noting that it has been linked to medullary thyroid cancer, but this adverse effect has been reported only in studies on animals (not humans). Still, anyone with a history of this rare thyroid cancer should avoid the drug. People who have a rare condition called multiple endocrine neoplasia syndrome type 2 (MEN2) shouldn't take it either; neither should those with a history of pancreatitis or gallbladder disease.

Adults of any age can consider using semaglutide, but older adults should be sure to consult their doctors before engaging in any weight loss efforts, cautions Garvey. The reason: If you already have thinning bones (osteopenia or osteoporosis) or severe loss of muscle mass, losing weight can exacerbate those problems — especially if you fail to build adequate aerobic and strength-training exercise into your regimen.

And now the bad news: the current cost of the drug

For most people, the biggest downside to using semaglutide for weight loss will probably be the cost. Medicare doesn't currently cover obesity medication, and most private health insurance plans don't either. “It's interesting, because Medicare will cover bariatric surgery,” says Kirby. At the moment, patients who want to take a weight loss drug like Wegovy are likely looking at $1,200 to $1,300 a month out of pocket for as long as they require it (probably the rest of their lives).

Kirby and other obesity experts are hoping to change that by supporting the Treat and Reduce Obesity Act. “It would enforce Medicare coverage for overweight and obesity medication, which is likely to drive better coverage across the commercial market,” she notes.

"We know that overweight and obesity can worsen over 200 conditions, including joint disease, heart disease and many types of cancer,” says Kirby. “I see patients who have struggled with their weight for a long time and have been told repeatedly, ‘All you need to do is eat less and exercise.’ But those interventions [alone] only result in modest results for most patients. The rest really need extra help.”

6 Weight Loss Myths — and What Really Works to Drop Pounds

To find out where your diet goes wrong, take our quiz