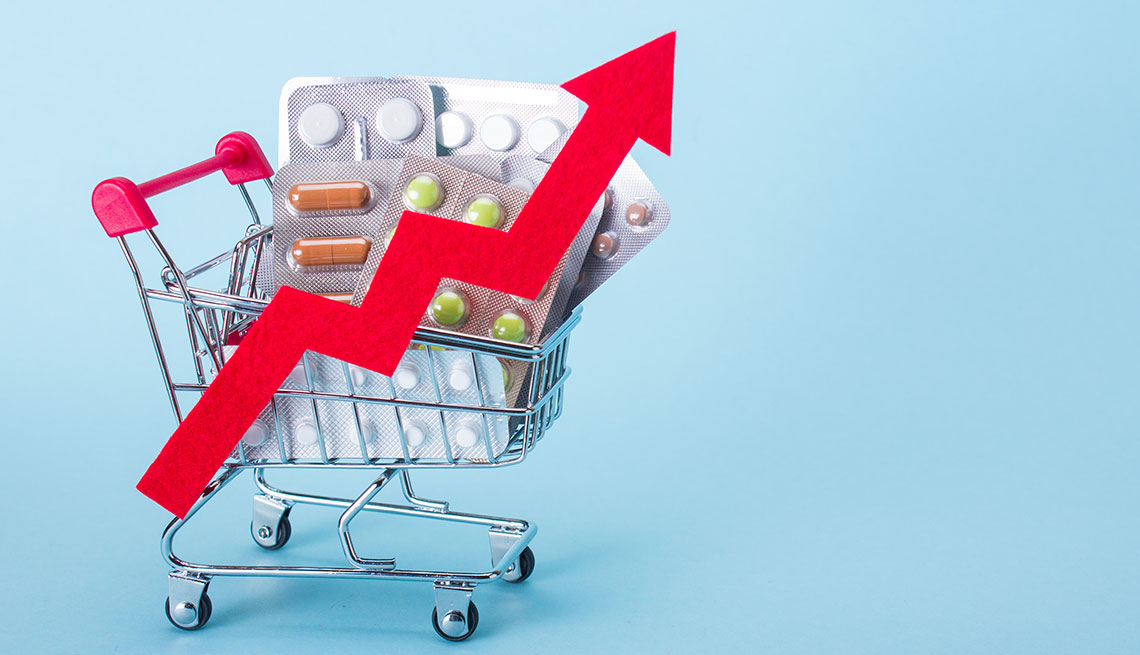 A new AARP report found that the average retail cost of medications for chronic conditions like diabetes and high blood pressure was $12,951 in 2015, more than three times the average price for such drugs in 2006.

Retail prices for prescription drugs continue to rise at significantly higher rates than inflation, which may make it difficult for many Americans, especially Medicare beneficiaries, to afford their medications, warns a new report from AARP’s Public Policy Institute (PPI).

According to the report, retail prices for 768 prescription drugs commonly used by older Americans rose by an average of 6.4 percent in 2015, the latest year for which data are available. The report also found that for 528 medications many older adults take every day to control chronic conditions like diabetes and high blood pressure, the average retail price was $12,951 in 2015, more than three times the average price for such drugs in 2006.

Most people do not pay the retail price for their medications because they either have private insurance or are covered by a government program such as Medicare, which pays most of a drug’s costs. But there are a growing number of patients whose prescription plan requires them to pay a percentage of a medication’s retail price, instead of a flat copay.

“Patients subject to this type of cost sharing feel the impact of drug-price increases directly,” says Leigh Purvis, the director of Health Services Research at PPI. “And even if you don’t have to pay coinsurance, higher retail prices will eventually lead to higher copays, premiums or deductibles, as well as higher taxes or cuts to public programs.”

The increases in retail costs of prescription drugs have outpaced inflation every year from 2006 to 2015, even as the prices of generic medications have generally been falling. In 2015 there was a significant jump in the retail prices of brand-name drugs (15.5 percent) and specialty medications (9.6 percent), but generic-drug prices fell by 19.4 percent, according to the report.

This continued price spike “could be an indication that Americans can no longer rely on lower-priced generics to counterbalance the price trends seen in the brand name and specialty prescription drug markets,” the report states.

“If these trends continue, older Americans, particularly those on fixed incomes, could find it increasingly difficult to afford the prescription drugs they need to get and stay healthy,” Purvis says.

These increases in drug prices will eventually affect all Americans, regardless of whether they take prescription drugs, and will lead to higher premiums and out-of-pocket costs for those with private insurance, Purvis cautions. Another downside: “Your taxes are also paying for prescription drugs through programs like Medicare and Medicaid,” she said. “Over time, increased government spending on prescription drugs could lead to higher taxes and/or cuts to public programs.”