Are you or a loved one willing to test the next potential Alzheimer's drug? Here's how to enroll 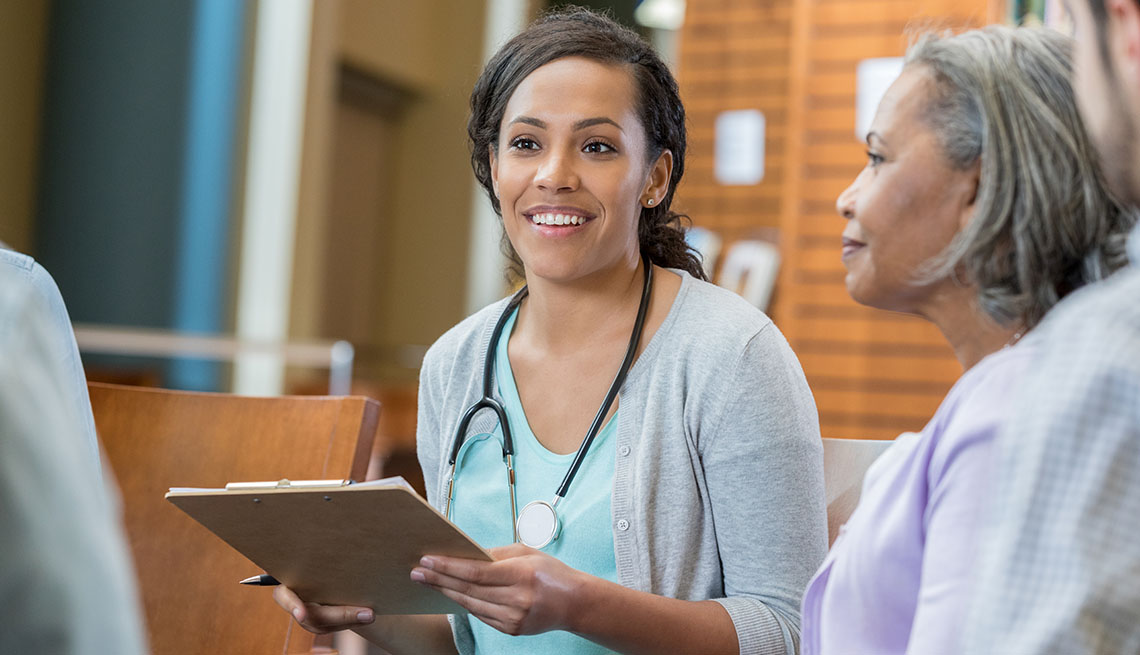 After being diagnosed with Alzheimer's disease, in 2013, Eileen Lane wasted no time signing up for not one but two clinical trials at Rush University Medical Center in Chicago. The first involved a daily nasal application of insulin, which didn't prove to be beneficial. In the current trial, Lane receives monthly infusions of a medicine designed to reduce tau proteins in the brain — with no idea yet if her monthly drip will be a step toward halting her pernicious, memory-robbing disease. To qualify for the trial, Lane had to have a series of blood tests; an MRI; a lumbar puncture to collect cerebrospinal fluid; and a battery of cognitive assessments.

The time and occasional discomfort have been worth it. “I want to use my experience with this disease to help unlock treatments that will help someone else,” says Lane, 68, a retired teacher whose father also had Alzheimer's. Lane's husband, Ron, 69, a retired lawyer, puts it this way: “A benefit of being in a trial is you have exposure to a lot of people who are familiar with the disease and dedicated to finding a cure. You find a sense of community, and you're doing something positive, which is inspiring.”

Mike Berg has similar reasons for participating in his second clinical trial for Alzheimer's, this one involving injections of an immunotherapy agent that aims to reduce beta-amyloid plaques in the brain. “I figure if you're going to get better, you have to do something about it,” says Berg, who was diagnosed with the disease in 2015, at age 54, after a career spent managing physicians’ offices.

It's a generous investment by him and his wife, Becky, whose participation requires them to travel two hours each way from their home in Dubuque, Iowa, to the University of Wisconsin-Madison, every two to four weeks. Fortunately, the drug company running the trial sends a driver to pick them up, and they receive a stipend for their time. Still, there's homework to be done, as Becky is required to fill out periodic questionnaires about her husband's day-to-day functioning — including what he's able to do independently or with assistance — as well as her caregiving concerns. She also provides detailed descriptions of activities they did together in the past week or month so the researchers know what to ask him about. But Becky, 58, a retired teacher, stays motivated. “I've read that people in studies do better with this disease because they're actively participating and contributing.”

Indeed, being part of a clinical trial for dementia can be meaningful and inspiring in many ways. As a participant, you could personally benefit from a drug or treatment that turns out to be successful. You may find a sense of community or, perhaps, a better neurologist near you. And you may receive support from people who really understand what you're dealing with.

But, ultimately, as Becky notes, “You really don't do drug trials for yourself; you do them for the next generation.”

The boom in clinical trials

We've all heard that clinical trials are essential for discovering new ways to treat diseases. Dementia and Alzheimer's are no exceptions; effective drugs have proved unusually difficult to develop for these progressive brain disorders. That's why the National Institute on Aging (NIA), part of the National Institutes of Health (NIH), is supporting more than 225 active clinical trials related to the prevention or treatment of Alzheimer's disease and related dementias (AD/ADRD).

"Our funding has ramped up dramatically, which means there's more overall research and more clinical trials, and we need more people with dementia to participate,” says Nina Silverberg, director of the Alzheimer's Disease Research Centers Program in the division of neuroscience at the NIA. To foster greater recruitment in clinical trials, the NIH is conducting research to find out what would make it easier for people to participate.

This is of the utmost importance for several reasons. “Since many dementia and neurodegenerative conditions like Alzheimer's disease are human-only disorders, we cannot depend on animal studies to tell us what new treatments or management options may work the best,” explains Douglas Scharre, M.D., director of the division of cognitive neurology at the Ohio State University Wexner Medical Center. “Individuals who participate in a clinical trial are helping research move forward that will impact treatment options for future generations, and they may also gain personal benefits if they receive a drug that helps their dementia.”

Currently, trials are underway to investigate many different interventions for dementia, from various forms of drug treatment to non-pharmacological approaches, such as diet, exercise, cognitive training and brain stimulation. In addition, other studies are examining caregiver issues and the effects of caregiver-support programs.

Signing on, step by step

Criteria for participation vary depending on the specific clinical trial, but most require that the patient have a clinical diagnosis of dementia, imaging scans to look for beta-amyloid and tau tangles in the brain, blood tests and cognitive assessments, and a partner's participation in the study. While it may seem challenging to get someone with impaired cognition to consent to a trial, “most of the studies are being conducted earlier in the disease [process], so the patients are still capable of understanding what's going to happen and what they're agreeing to,” Silverberg says. The participant's legally authorized representative needs to provide consent, too, and pledge to help the person understand what's involved.

For those interested in joining trials, eligibility requirements are the first gateway. “The major obstacle for getting admitted into a trial is the individual not fitting the necessary inclusion and exclusion criteria required — for example, their cognitive impairment may be too severe or not severe enough based on the trial requirements,” Scharre says. What's more, some trials require that subjects not be on certain medications or not recently have had other significant medical conditions, such as cancer.

Of course, candidates also need to believe that the potential risks of the particular drug or invasive procedure being studied are acceptable. In other instances it's caregivers who question their comfort level with new duties such as getting the patient to appointments, filling out paperwork and surveys, making sure the participant is taking a study drug as prescribed, and reporting any adverse reactions, Scharre notes.

If you'd like to pursue a clinical trial, you can find one near you through the NIA's listing of its funded clinical trials on dementia or its search function for trials that are recruiting participants near you. In addition, you can call or check the website of local universities and ask if they are running clinical trials for dementia or other cognitive disorders.

"Please consider clinical-trial participation if at all possible,” Scharre urges. “We desperately need better treatments for dementia in order to help the millions of patients and their families who are suffering with these disorders.”