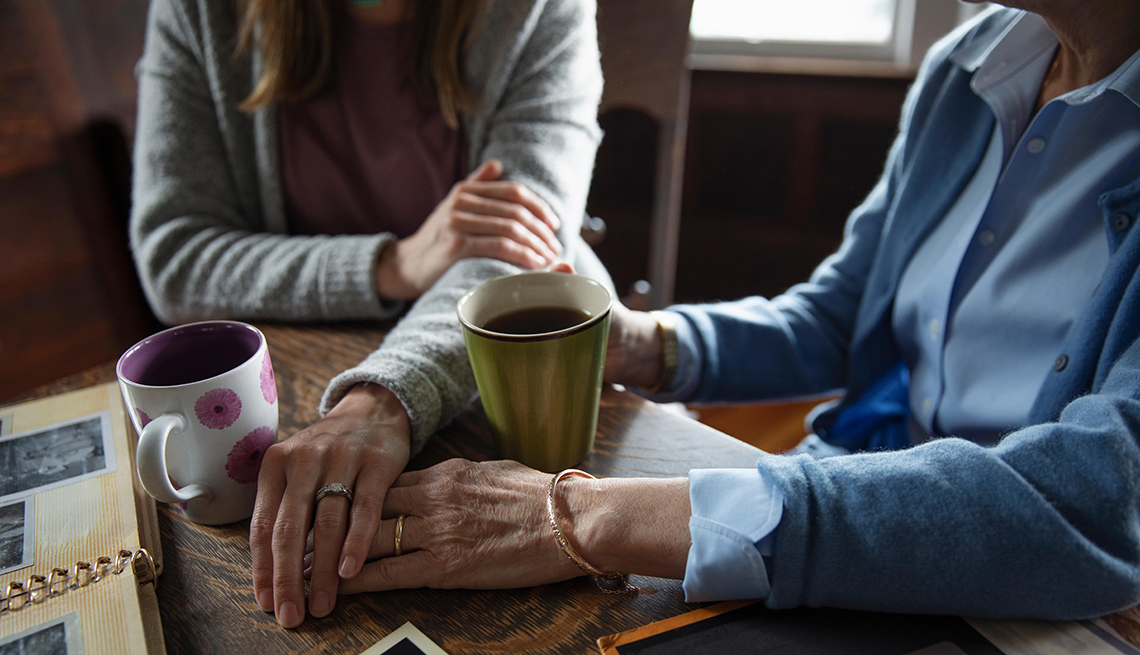 In an effort to find “practical solutions” to this country's “most expensive disease,” the Milken Institute today released a comprehensive report on dementia. It suggests ways to help the 13 million men and women who, based on its projections, will be living with the condition in the next 20 years.

Along with addressing the enormous scale of the memory-robbing disease, the authors underscore that its burden is not equally shared among us — both in terms of who gets dementia and who sacrifices to care for those who have it.

Sarah Lenz Lock, AARP's senior vice president for policy and brain health, wrote the forward to the report and notes that the work “provides a great service by showing the disproportionate burden dementia places on women, African Americans and Hispanics and by showing the economic costs of dementia caregiving.”

The report also recommends solutions — lots of them, including raising awareness of risk-reducing, brain-healthy habits; developing a national prevention and detection strategy in Medicare; and increasing participation in dementia research among diverse groups.

Here's a look at some of the major takeaways on the report in more detail.

The report makes a strong case that Alzheimer's disproportionately affects women, from their increased risk of the disease — which, the new thinking goes, isn't entirely explained by the fact that women live longer than men — to their larger caregiving burden.

Along with policy recommendations, the Milken Institute report compiles some useful foundational knowledge on dementia. Here's a quick take, by the numbers.

1. Dementia is not considered a normal part of aging, but age is still the greatest risk factor for dementia. Your risk of developing it doubles every five years after you turn 65. By the time you turn 85, your risk is nearly 1 in 3.

3. After receiving a diagnosis of Alzheimer's disease, people live, on average, four to eight years, though some live as long as 20 years.

4. Most — 83 percent — of dementia caregiving in the U.S. is performed by family members, friends or other unpaid caregivers. In 2018, more than 16 million Americans served as caregivers to people with dementia, providing an estimated 18.5 billion hours of unpaid care.

"What we found was that the total economic impact of treating dementia will be $368 billion by 2020, and more than 70 percent of these costs will be to the treatment of women — even though women are less likely than men to be treated for dementia,” notes study coauthor Nora Super, senior director of the Milken Institute Center for the Future of Aging. What's more, the total economic loss to women in terms of things like lost wages and care in nursing homes will be in the trillions. And Super considers that a conservative estimate.

Women, the report explains, not only do the bulk of caregiving, they take on the most challenging tasks (bathing, toileting and dressing included) more often than men do. As the demands of later-stage dementia multiply, women more frequently miss work or quit their jobs, leading to lost wages and benefits amounting to hundreds of thousands of dollars, on average. They also experience higher levels of stress, depression and other adverse health outcomes than their male counterparts.

The report suggests that caregivers could benefit from, for instance, employer-subsidized caregiving leave and changes to how future Social Security benefits are calculated for those with caregiving holes in their work histories. On an individual level, Super notes, women with caregiving burdens need to try to stay in the workforce as long as they possibly can.

Those who don't, she notes, face an economic loss that “builds upon itself: You leave the workforce, then find it harder to get back into, and certainly not at the same pay. And Social Security penalizes you for leaving the workplace in terms of the benefits you get as you retire."

One of the report's top recommendations involves increasing awareness of how behaviors such as eating to avoid diabetes, taking prescribed drugs to address hypertension, and stopping smoking — or simply getting moderate exercise and enough sleep — can reduce the risk of developing dementia.

While such risk-reducing shifts are far from a cure, medical experts say their potential benefits to fending off dementia are significant, and backed by science. Gary Small, a geriatric psychiatrist and director of the UCLA Longevity Center, notes that healthy habits can even trump genetic risk for Alzheimer's, and that brain-scan research has shown that memory centers of the brain can “actually grow” when middle-aged and older study participants followed a walking regimen.

The report also notes that progress in cardiovascular disease (involving many of the same healthy habits needed for brain health) has led to a small decrease in the rate of dementia cases. What's more, given years of drug trial failures, they're the best weapon available for a population facing an avalanche of diagnoses in the coming years.

"Some estimates have predicted that up to 30 percent of dementia cases could be prevented through lifestyle changes,” Lock notes. What's more, because dementia typically hits at late ages, “even if we only delay onset by five years, we can cut the incidence of the disease in half.”

If you had entered the earliest stages of dementia, would you want to know? The Milken Institute report makes the case that annual cognitive testing at a certain age is worthwhile — and that one day screening those at high risk for dementia might also be.

The authors note that early diagnosis can reduce costs: “Estimates show that early diagnosis in the mild cognitive impairment (MCI) stage could create cost savings of as much as $7.9 trillion in US health- and long-term care expenditures by enabling better planning, management, and care."

On the patient level , regular cognitive assessments — say, at a yearly wellness exam — could identify problems with cognition as well as provide a valuable baseline for comparing future evaluations. They could also be used to guide those with signs of dementia to appropriate interventions, services and supports. Those, in turn, could help people minimize the impact of the disease's early symptoms or spare them from becoming victims of financial fraud or their own bill-paying errors.

But this, the authors note, isn't happening on anything like a widespread basis, at least in part because no one's taking the lead in the exam room: “More than nine out of 10 surveyed older adults thought their doctor would recommend cognitive testing, and one in seven brought the topic up on their own. However, primary care physicians are often waiting for patients and their families to report symptoms and ask for an assessment."

Lock notes that AARP, as a policy, encourages people to get cognitive assessments, and that for those over 65, the Medicare annual wellness visit is supposed to include a cognitive evaluation. “But we know less than half of people 65 and older received an assessment, and only 16 percent are being assessed regularly. Even for those lucky enough to be properly assessed, frequently patients are not told of their diagnosis — even if the doctor thinks they have dementia!”

In practice, Small says many factors, including simple fear, can discourage such a talk from ever happening: “Everyone's afraid of Alzheimer's and they're terrified that whenever they forget someone's name they're on the road to ending up in a nursing home, unable to communicate and in a wheelchair.” And doctors, he adds, may be burdened by already cramming so much into what's an average of “eight minutes per visit per patient.”

The report also wades into the complicated issue of a possible screening test for dementia — a standardized memory test or questionnaire routinely given to older people to flag those at high risk. Citing years of back and forth among medical bodies about whether this would bring more potential value than harm to the individual, the report calls for adding more data to the debate. Specifically, it recommends developing “an evidence base to demonstrate links between cognitive screenings, early diagnosis, and improved outcomes for people diagnosed with dementia early.”

That said, some experts interviewed said that short of a blood test to identify dementia, which researchers are pursuing, a simple screen for a complicated brain condition doesn't exist. Others say a simple questionnaire with questions such as “Is your memory worse than it was last year?” could serve as a useful screening tool.

In the meantime, Small notes that about half of those who have dementia don't know they have it.

The final section of the report offers suggestions for improving dementia-related caregiving. One top recommendation involves maintaining the federally funded Geriatrics Workforce Enhancement Program, which integrates geriatrics expertise into caring for dementia patients and also trains families, caregivers and health care practitioners on best practices for taking care of those with dementia.

Forecasting a need for 3.4 million caregivers by 2030, the report calls for measures to find and train dementia-care workers now, and for employers to step up with flexible work schedules, respite care, and paid family and medical leave for employees trying to shoulder caregiving burdens.

Finally, they see the need to better train family caregivers and find ways to help them reduce the stress that comes with the role.