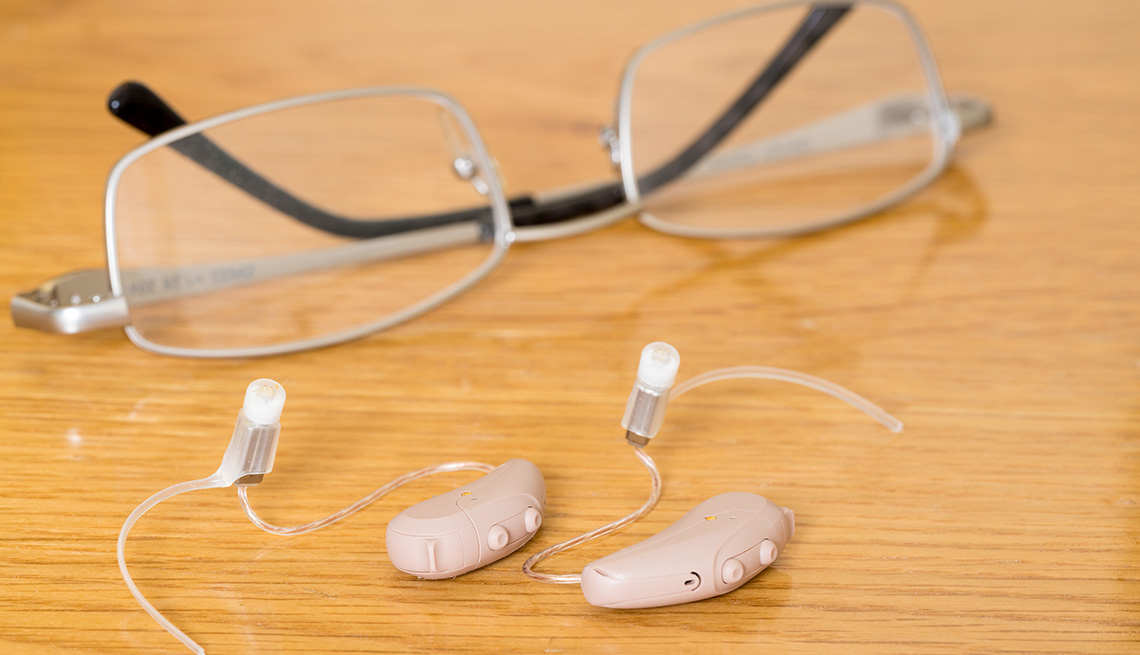 En español | Declines in hearing or vision have been linked to dementia in the past, but combined losses in these two senses are associated with a greater risk of both dementia and Alzheimer's — even if the impairment to both senses is relatively minor. That's the takeaway from studies reported on at the Alzheimer's Association International Conference 2019 in Los Angeles.

In one study released today, researchers from the University of Washington School of Public Health in Seattle explored the connection between sensory impairment and dementia among a group of more than 2,000 people age 75 and older. Participants, who were cognitively healthy at the start of study, were followed for seven years.

The study showed that people who were either visually or hearing impaired had an 11 percent increased risk of developing dementia overall and a 10 percent greater risk for Alzheimer's disease specifically. But having both hearing and vision loss put individuals at a much greater risk for cognitive deterioration.

"People with combined vision and hearing impairments had an 86 percent increased risk for all-cause dementia and a more-than-two-times increased risk for Alzheimer's dementia,” says Phillip Hwang, a doctoral epidemiology student at the University of Washington and lead author of the study.

The study wasn't designed to determine if sensory impairment leads to dementia or if it is just an early sign of mental decline. But researchers have some clues. When they looked at people with mild cognitive impairment, a precursor to dementia, they found no significant association with failing senses.

Another study presented today, from the University of California, San Francisco, took a similar approach to studying the connection between impaired senses and dementia. Investigators tested the senses of hearing, vision, touch and smell in 1,810 people ages 70 to 79 who were free of dementia at the start of the study. They followed them for about 10 years. Dementia was identified through hospital records, prescriptions for dementia-related medications and tests of brain function.

Researchers found that lower scores on measures of the four senses combined were associated with a higher incidence of dementia. Significantly, even mild sensory loss was strongly linked to dementia risk.

"Most of the older adults in this sample do not have severe levels of sensory impairments,” says study author Willa D. Brenowitz, a postdoctoral researcher at UCSF. “Yet we still find strong associations between multisensory impairment and increased risk of dementia as well as faster rates of cognitive decline."

Although the data don't fully explain the link between impaired senses and dementia, Brenowitz theorizes that the loss of key senses could cause individuals to become more socially isolated, contributing to cognitive changes. Sensory impairment could also reduce stimulation to the brain with the same effect. Or inflammation or other cardiovascular processes might underlie both the sensory loss and reduced brain power.

"This research is in the very early stage, but the main implication is that we should be paying more attention to sensory impairments and evaluating what mechanisms may explain their link to dementia,” Brenowitz says. “At this stage we don't know how sensory impairments affect the development of dementia."

Whether diminished senses cause or just accompany dementia, the research could lead to better patient care. “Either way, there's potential impact,” Brenowitz says. “If sensory impairment is an early indicator of dementia, these impairments are easily measurable and could eventually help to develop a screening tool for dementia.”

If dementia is a consequence of sensory impairment, identifying and treating it, such as correcting hearing loss with hearing aids and auditory training, could help lower the risk of mental decline. “If there is a causal link with dementia, it offers promise for intervention,” Brenowitz says. “There is a lot of potential in this to improve quality of life for older adults."