What You Need to Know About Insulin 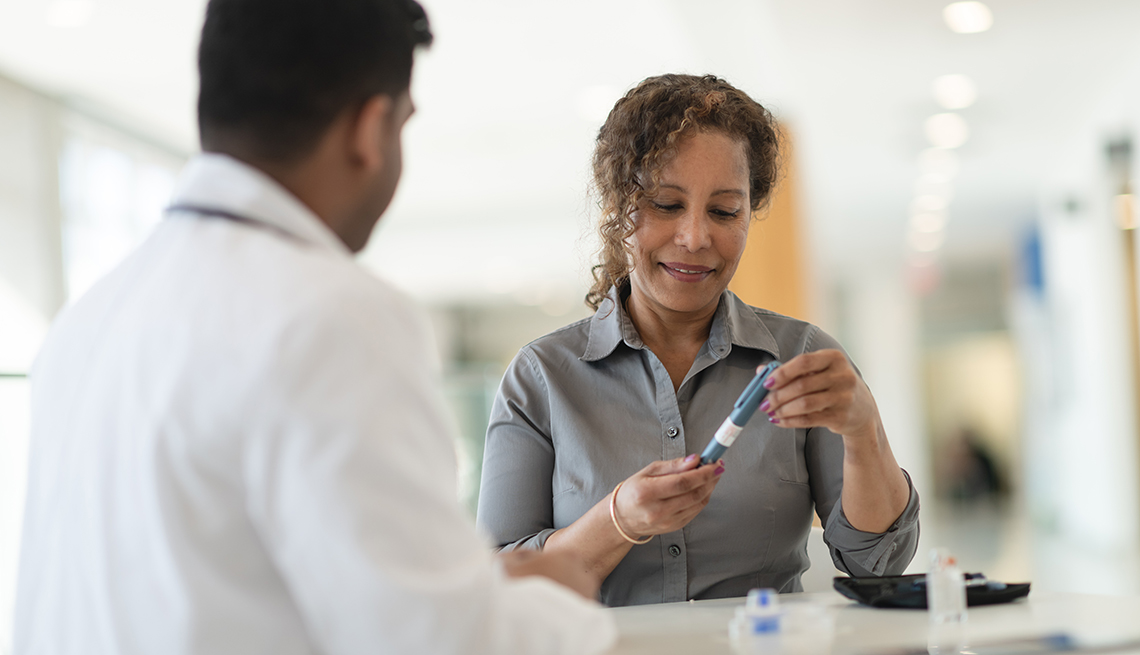 Diabetes is one of the most common health problems in the United States. More than 37 million Americans have it, according to the Centers for Disease Control and Prevention (CDC), and roughly 96 million adults in the U.S. are at risk for it.

If left untreated, the disease can ravage the body, damaging the heart, kidneys, blood vessels, and nerves along the way. But many people with diabetes live long and healthy lives, thanks in part to medications that help keep it in check.

The menu of these medications runs deep, but one of the most talked about is insulin. Here’s what you need to know about the lifesaving treatment.

What is insulin and who needs it?

Insulin is a hormone made by the pancreas that helps the body use sugar, or glucose, for energy. You can’t survive without it, but in people who have type 1 diabetes — an estimated 1.6 million American adults — the pancreas stops making it, explains David Nathan, M.D., director of the Massachusetts General Hospital Diabetes Center in Boston. It’s thought to be caused by an autoimmune reaction, where the body attacks the insulin-producing cells in the pancreas by mistake, the CDC explains. And while it can strike at any age, it often starts in childhood. So for type 1 diabetics, taking insulin is a must.

People with type 2 diabetes — the more common form — make insulin, but their bodies either don’t make enough or don’t respond to it well. As a result, too much sugar stays in the blood. Risk factors for type 2 diabetes include age (being 35 or older, according to the National Institute of Diabetes and Digestive and Kidney Diseases), physical inactivity, a family history of the disease, and obesity or being overweight, among others. Taking insulin can help some type 2 diabetics keep their blood sugar at a healthy level, but not everyone with type 2 needs it. For example, diet and exercise may do the trick in certain individuals; others find success with pills or newer drugs given by an injection. Your doctor may even prescribe a combination of treatments.

All totaled, about 7.4 million Americans with diabetes rely on insulin.

Why is high blood sugar so dangerous?

If left untreated, high blood sugar (also called hyperglycemia) can become severe and may lead to an emergency situation, including:

Even nonsevere high blood sugar can have damaging consequences if left untreated, including vision loss, kidney damage, nerve damage, skin infections that may lead to amputations and an increased risk for heart disease and dementia. ﻿

Conversely, low blood sugar (hypoglycemia) can result from taking too much insulin (and other diabetes medications), mistiming insulin, not eating enough or other factors. If left untreated, hypoglycemia can lead to complications including dizziness, confusion and unconsciousness. ﻿

What are the different types of insulin?

There are many different types of insulin products that are used to treat diabetes, and they’re divided into different categories, even subcategories, based on how quickly the insulin starts working and how long its effects last.

What type of insulin do I need?

The type of insulin your doctor prescribes depends on a number of things. Among them: the type of diabetes you have, how active you are, how well you manage your blood sugar levels, and more.

Most type 1 diabetics take a combination of long-acting insulins and rapid-acting insulins to mimic the body’s production of the hormone; the regimen usually requires multiple daily injections.

Type 2 diabetics who need insulin are typically prescribed one of the slower-acting insulins, at least to start, Nathan says. This includes insulins in the intermediate- and long-acting categories, and it may be prescribed alongside other treatments, such as diabetes pills.

“Remember, people with type 2 can still make insulin,” Nathan explains. “The problem is that there’s a combination of factors that make them need more insulin, which they can’t keep up with. So now you’re supplementing their insulin. And as you lower blood sugar levels, their own beta cells [in the pancreas] can start making insulin again — before meals, for example.”

If blood sugar levels are still high even after insulin supplementation, a person might require a second type of insulin, like a rapid-acting insulin, before eating. Because everything from food, to medicine, to physical activity can affect blood sugar levels, diabetics have to constantly monitor and track their levels using test strips; some individuals with type 1 diabetes even wear a monitor to measure their blood glucose throughout the day.﻿

How do you take insulin?

Unfortunately, you can’t take insulin as a pill because it would be destroyed by stomach acid before reaching the bloodstream. But there are a few different ways to administer it.

One is with a needle and syringe (you give yourself a shot), another is with a prefilled pen that has a needle for the point. Nathan emphasizes that both are relatively painless.

An insulin pump can deliver a steady amount of insulin throughout the day and also fast-acting insulin at mealtime. The medicine makes its way into the bloodstream through a flexible plastic tube that’s placed under the skin. And an oral inhaler — a smaller version than those used for asthma — is an option for delivering ultra-rapid-acting insulin at the beginning of meals.

Picking an insulin — and switching insulins

Lots of considerations go into choosing an insulin that’s right for you — and a big one is cost.

Among Medicare beneficiaries, average out-of-pocket insulin costs were $54 a month in 2020, though some people paid more than $100 a month, a report from Kaiser Family Foundation shows. Without insurance, insulin can cost upwards of $1,000 a month.

How you prefer to take your insulin matters too. For example, vials tend to be less expensive than pens, which can cost up to 40 percent more, according to a GoodRx Health analysis.

“In general, the [insulin] that we use is the one that your insurance pays for,” Nathan says.

A new law limits copays for insulins at $35 a month for Medicare Part D beneficiaries. However, not every plan will include every insulin product in this $35 cap.

For a full list of the insulin drugs covered by each plan, check out the Medicare Plan Finder and read more about a special enrollment period that gives beneficiaries until the end of 2023 to switch plans if they didn’t get the best deal during last year’s enrollment. The $35 cap does not apply to people who are not on Medicare, though some states have insulin copay caps for people with other health plans.

If you switch insurance plans — or your plan switches the drugs it covers — and your insulin costs more than it used to, talk to your doctor about switching brands within the same insulin category (one rapid-acting for another, for example). In most cases, “they are pretty much interchangeable,” Nathan says, but it’s important to consult your doctor just to be sure. (It’s possible to buy some forms of insulin without a prescription.)

You may run into a situation where your insurance plan covers the type of insulin you need, but not the delivery method you prefer — say, only the vial and not the pen, points out Shichun Bao, M.D., an associate professor of medicine in the division of diabetes, endocrinology and metabolism at Vanderbilt University Medical Center in Nashville. For someone who has vision or dexterity problems and has difficulty drawing insulin from a vial, “that’s not acceptable,” Bao says. Again, she recommends talking to your doctor, who may be able to appeal to your insurance provider for coverage or help you find something that works in the meantime.

“[Patients] have to communicate with their provider when there’s an issue with a medication coverage,” says Bao, who adds that individuals should never reduce or skip doses. Surveys show that because insulin costs so much, many people who cannot afford it report they skip doses or don’t take the full amount their doctor prescribes.

Switching insulins between different categories — say from long-acting to intermediate — isn’t as simple as changing brands within the same category, Nathan warns, and shouldn’t be done without the guidance and supervision of a physician, especially if you’re also taking other types of insulins throughout the day. “There's nothing automatic about changing these insulins. People really do need to discuss it with their physicians,” he says.

The U.S. Food and Drug Administration (FDA) has recommendations for diabetics who may need to switch products in an emergency, including advice for adjusting doses if only one type of slower-acting insulin is available. You can find the guidance on the agency’s website. 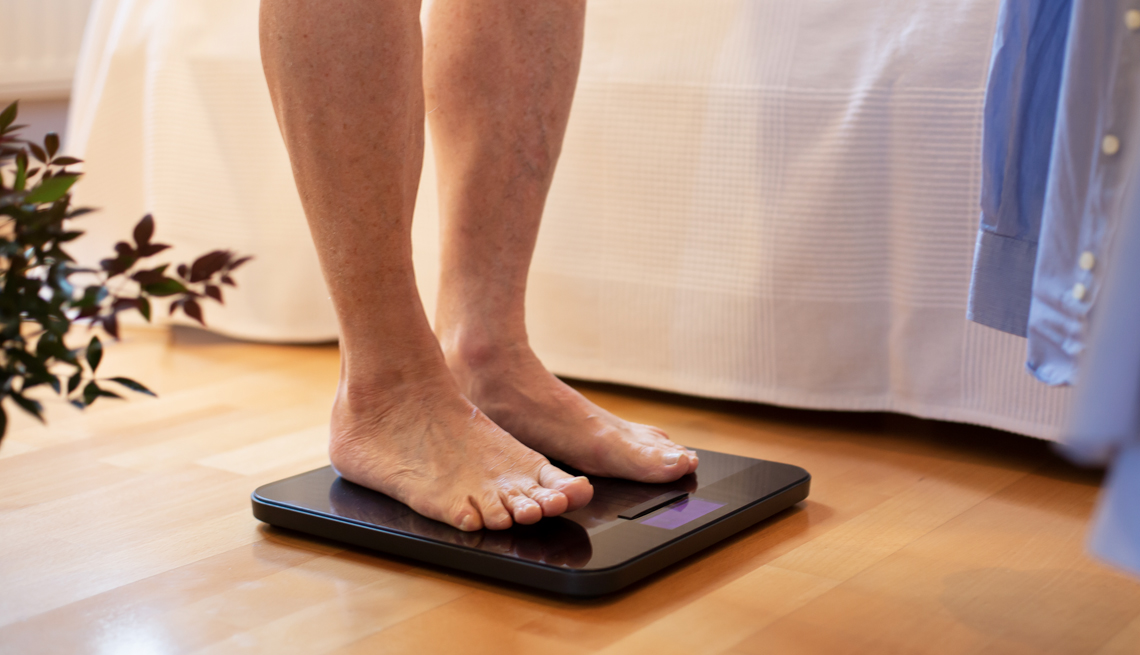 Prevent the pounds before they grab you by the waist 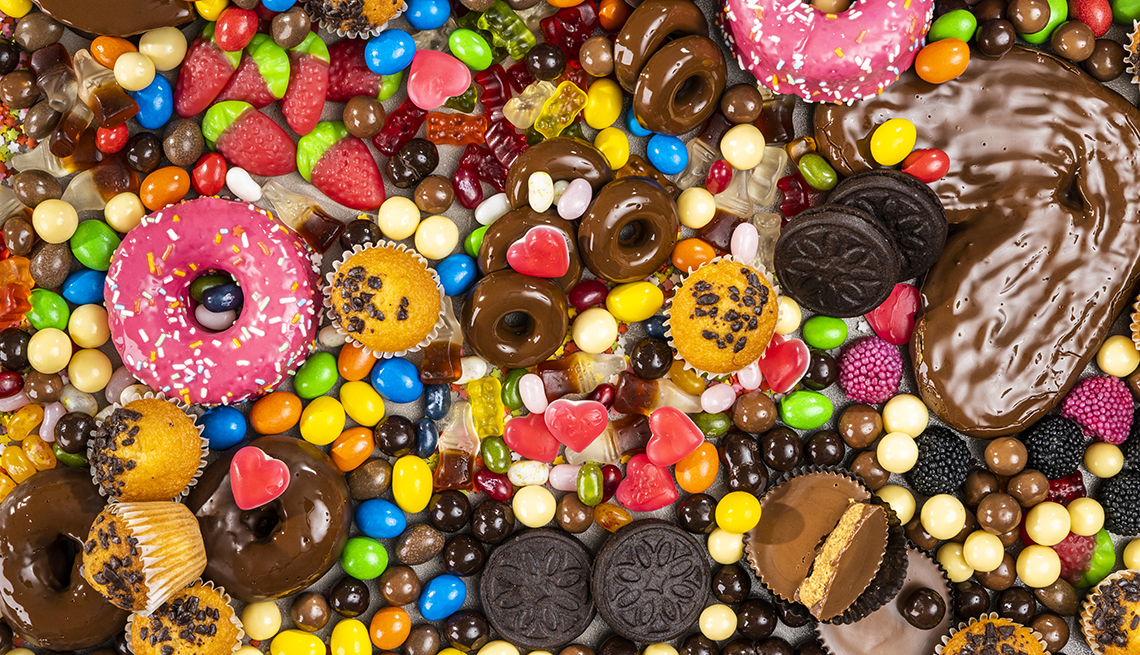 10 Tips to Help You Curb Your Sugar Cravings

If you constantly crave cookies and candy, these science-backed tips can help