Beyond diet and exercise, these things can increase a woman’s odds of developing heart issues 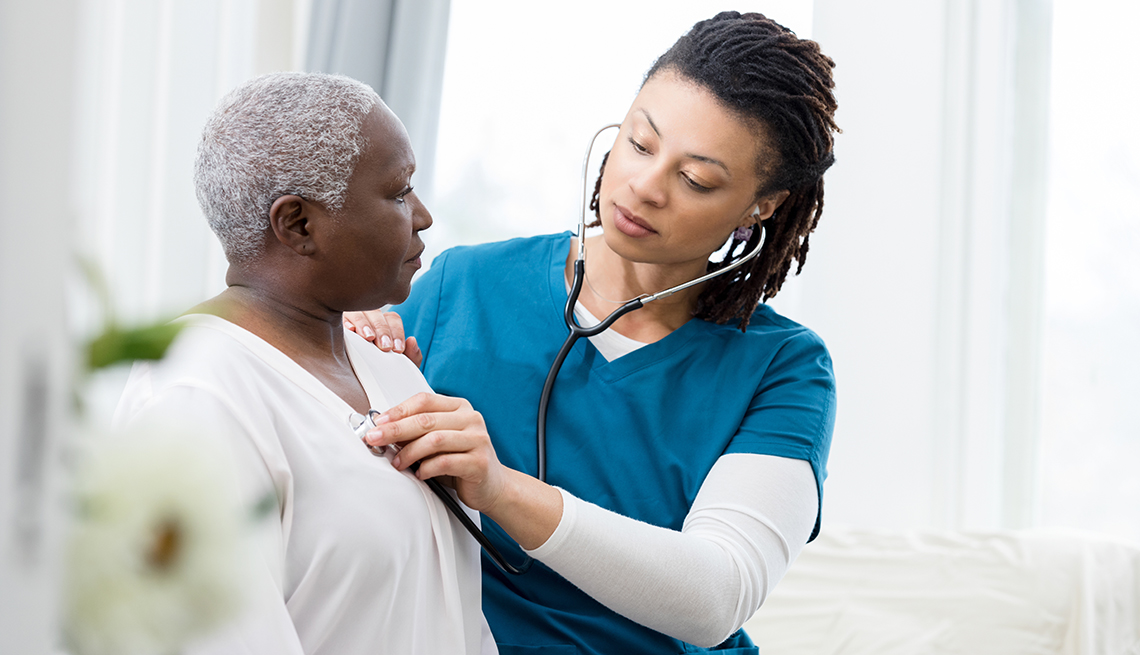 A number of factors can put anyone at higher risk for cardiovascular disease, a catch-all phrase for a cluster of conditions that affect the heart and blood vessels and can lead to a heart attack or stroke.

An unhealthy diet is one; lack of physical activity is another. Diabetes, obesity and smoking also increase an individual’s odds of developing heart and vascular problems.

But what many don’t realize is that women have their own unique set of risk factors, separate from the universal drivers of the disease. And ignoring these often unfamiliar triggers can have deadly consequences.

Cardiovascular disease affects almost half of adult women in the U.S. and is responsible for about 1 in every 3 female deaths, research from the American Heart Association (AHA) shows. And yet, “Most women remain unaware that cardiovascular disease is the major cause of mortality,” says Nanette K. Wenger, M.D., professor emeritus of medicine in the Division of Cardiology at Emory University School of Medicine and a coauthor of a new presidential advisory from the AHA, published May 9 in the journal Circulation.

Knowing all of your risk factors and spotting the early warning signs of cardiovascular disease, however, may help you turn the trends, experts say.

“If you know that you’re at increased risk, then you’re much more likely to address the traditional risk factors,” Wenger says.

Here are five things that can raise a woman’s risk of developing cardiovascular disease.

“And some of the hormone imbalances that result in irregular periods, such as polycystic ovary syndrome, or women who have unpredictable cycles, they are also at greater cardiovascular risk than women who cycle normally,” Wenger adds.

It’s not unusual for women to experience heart attacks differently from men.

“Women often assume it’s going to be the crushing chest pain — something sitting on [their] chest,” says M. Barbara Srichai-Parsia, M.D., director of the Women’s Heart Health Program at MedStar Health in Washington, D.C.  But that isn’t always the case.

Some symptoms may overlap, but “I don't expect [women] to come in with a similar type of symptoms that we see a 65-year-old man come in when they’re having a heart attack,” Srichai-Parsia says.

Here are some of the common signs of a heart attack in women:

1.         Uncomfortable pressure, squeezing, fullness or pain in the center of your chest that lasts more than a few minutes

3.         Shortness of breath with or without chest discomfort

Oral contraceptive use, especially among smokers, and hormone replacement have also been linked to an increased risk for cardiovascular disease.

Health problems that arise during pregnancy — including high blood pressure, which affects 1 in every 12 to 17 pregnancies, and gestational diabetes, which happens in about 6 to 9 percent of pregnancies — can increase a woman’s risk of developing cardiovascular disease.

Even if these conditions subside after pregnancy, “the risk remains,” Wenger says. “And that is really important. She’s at greater risk of having subsequent hypertension, subsequent diabetes, subsequent heart attack and stroke.”

In fact, a new federally funded study published in the Journal of the American College of Cardiology found that women who experienced complications related to high blood pressure during pregnancy had a 63 percent increased risk for developing cardiovascular disease later in life.

Delivering a preterm baby is another risk for heart and vascular issues in a woman’s lifetime; the same goes for delivering a baby that is considered to have a low or high birthweight, the latest report from the AHA details. ﻿

Inflammatory and autoimmune disorders like lupus and rheumatoid arthritis are associated with an increased risk of heart inflammation, heart and valve disease, and heart attack. And while these disorders occur in both women and men, women bear the overwhelming burden. In fact, research suggests that only 1 in 10 people with lupus and 1 in 3 people with rheumatoid arthritis are male.

This is really important, Wenger notes, because while women may be seeking care for their arthritis, “they don’t think about their heart risks with that,” she says.

The connection has to do with certain physiologic effects on the body. Over a period of time, depression, anxiety and stress can increase heart rate and blood pressure, reduce blood flow to the heart, and cause a surge in the levels of cortisol, according to the Centers for Disease Control and Prevention (CDC). ﻿These effects can eventually result in calcium buildup in the arteries, metabolic disease and heart disease, the CDC notes.

COVID-19 has only complicated mental health matters: ﻿Research from the World Health Organization shows the first year of the pandemic triggered a 25 percent increase in the global prevalence of anxiety and depression.

Another point to note: Women are more likely than men to experience depression after a heart attack or stroke. Because of this, experts say it’s important that women with cardiovascular disease prioritize mental health.

Some cancers that affect women, including uterine, ovarian and breast — and the treatments used to fight them off — are associated with cardiovascular risks. “I think a lot of women don’t know this,” says M. Barbara Srichai-Parsia, M.D., director of the Women’s Heart Health Program at MedStar Health in Washington, D.C. “And just like with everything else, a history of breast cancer and/or types of treatments can affect your risk.”

What women can do

Unlike some of the traditional risk factors for cardiovascular disease, a number of these risk factors are out on an individual’s control. But it’s still important to recognize if you have one — or several — because “it﻿ behooves us to try to make sure we eat healthy, try to make sure we exercise and keep our weight down, because we have this background risk that we can’t change,” Srichai-Parsia adds.

It’s also important to keep your primary care doctor or cardiologist in the know when it comes to these risk factors in case additional screening is warranted. Most primary care physicians lack access to detailed obstetrical histories and may not know if you had a complicated pregnancy or started menopause early. Similarly, patients undergoing treatment for cancer should feel empowered to ask questions related to their overall health, including their heart health.

“Women have to realize that their heart is vulnerable. And certainly they share with men the traditional risk factors of high blood pressure, high blood sugar, diabetes, sedentary lifestyle, overweight, etc. But there are also [other] risk-enhancing factors,” Wenger says.

Changing the Conversation Around Women and Dementia