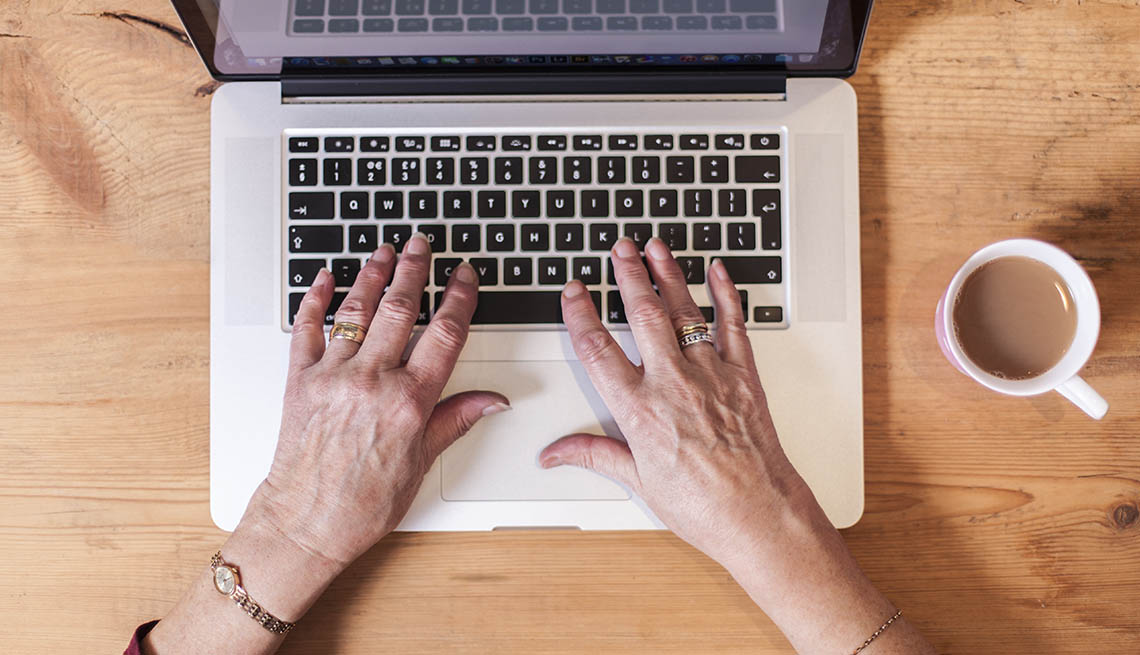 Nearly half (43 percent) of adults ages 50 to 80 have looked up doctor ratings and reviews online, according to new results from the University of Michigan's “National Poll on Healthy Aging.” And among those who checked ratings in the past year, 65 percent did so to read up on a doctor they were considering, and 34 percent did so to find a new physician, the survey found.

"There may be an assumption that [online ratings] are really more for a younger generation. But the older adults, they utilize health care more, and this shows [online ratings] are a relatively important source of information for them,” says David Hanauer, a physician and clinical associate professor at the University of Michigan, who contributed to the research.

How long it takes to get an appointment and the practitioner's years of experience are two of the most important factors adults take into consideration when selecting a physician, the survey found. But online ratings matter, too — almost as much as recommendations from family and friends, respondents said.

"It's just showing that these ratings are really becoming an integral part of the way people are making decisions these days, for any age,” Hanauer adds.

Typing a quick query into a web browser is simple enough, but landing on the right doctor isn't a guarantee. Here are some best practices.

Use a trusted site. The internet is a crowded place, so if you're browsing doctor ratings and reviews online, be sure to do so on a reputable site, advises David Meyers, a family physician and chief physician for the Agency for Healthcare Research and Quality (AHRQ).

He suggests researching health information on websites of well-known organizations and medical centers. Your insurance company may also provide a list of health providers in your area, complete with detailed biographies and research interests.

"There are lots of people with other agendas out there, and it's sometimes hard to know what's good health information,” Meyers says. Using “names you can trust increases the chance that the information you're reading about is worth listening to.”

State medical boards offer another way to get information about doctors, though survey results show that only 8 percent of adults polled have used this method to research them.

Take reviews with a grain of salt. Plenty of consumers look at physician reviews online, but few write reviews or leave ratings, the survey revealed. And typically, it's the patients who are extremely happy or unhappy who post reviews, which can cause the results to be biased, explains Robert McLean, a rheumatologist and president of the American College of Physicians (ACP).

The key is to use the information in online reviews and ratings as “part of a larger picture,” the AHRQ's Meyers says, especially since health care needs are so individualized.

Pay attention to the reason behind the rating, and “recognize whether the person's issues are your own,” Meyers advises. If you don't need a doctor who speaks fluent Spanish, for example, a glowing review for a physician's ability to communicate in another language may not be helpful.

"If you're somebody who wants to get in and out fast because you don't like going to doctors’ offices and waiting, how much time the doctor spends with you might be less important” than finding a practitioner who doesn't keep his patients waiting, Meyers adds.

Reviews can also shed light on a physician's bedside manner, including how they answer patients’ questions. Still, comments rarely provide insight into a doctor's ability to diagnose and treat, Meyers says. That's when you should take your search offline.

Talk with people you know. Online research works best when it's complemented “by research we do in other ways,” Meyers says. Ask for recommendations from family and friends. Primary care docs, too, are great resources if you're looking for a specialist.

If a physician who was recommended by someone you know has a few negative online reviews, don't write her off just yet, McLean suggests. Ask your buddy if he experienced the same issue; it may be something minor enough to overlook, especially if the doctor has other qualities that match your needs.

"In the end, what you need is someone that you can develop … a long-standing, trusting relationship” with, especially if you have a severe or chronic illness, McLean says. “What you want to get out of the relationship is usually more than just transactional health advice.”

Give the doc a test run. It's hard to know if a doctor is going to be right for you until you meet him in person, Meyers says. Before your first visit, call the physician's office to make sure your insurance is accepted. It's not uncommon for information on a practice's website to be out of date.

If there are no red flags during the initial visit, schedule a follow-up to see how things go. “It's about developing that relationship over time, in person,” Meyers emphasizes.

That said, if you're less than impressed with the doctor or don't feel at ease, keep searching until you find the right one.