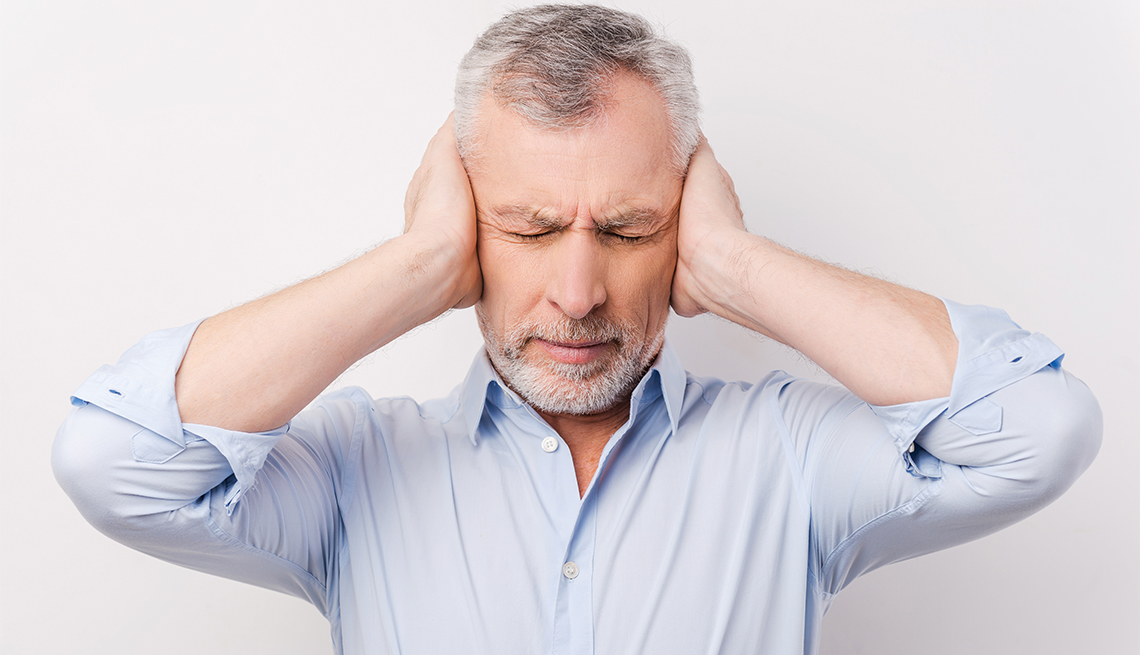 En español | The sound of a jackhammer drilling into a nearby sidewalk or the next-door neighbor's leaf blower may not be music to anyone's ears. But for those suffering from hyperacusis, a hearing disorder characterized by an unusual sensitivity to certain sounds, even noises that aren't ear-splitters for most people can be hard to take. Indeed, some of those plagued with this condition are unable to tolerate the kinds of ordinary, everyday sounds that the rest of us wouldn't even notice.

It's common for noise to become more bothersome with age. The auditory cortex, which processes sound in the brain, is more easily overwhelmed when there's an overload of noise. This can lead to something called “listening fatigue” and problems hearing.

Hyperacusis is more severe. Thought to affect 1 in 50,000 adults (though many experts suspect the actual number may be much higher because some might not know to seek treatment), it's experienced by people in different ways. Some say moderately or mildly intense sounds are uncomfortably loud. Others are irritated by certain types of noise — say, a baby crying in a restaurant or the sound of their dinner companion's chewing. Complicating the discomfort: It's often accompanied by tinnitus, a common condition in which people hear a ringing or buzzing in the ear.

"For some, it isn't a major issue — they just note that specific sounds are loud or annoying,” says Richard Tyler, a psychoacoustician-audiologist and professor of otolaryngology and communication sciences and disorders at the University of Iowa's Carver College of Medicine. “Others find it difficult to live with. It impacts their everyday life to the point that it becomes highly debilitating.... They cover their ears and wear earplugs all the time.”

People's trigger sounds vary, but common irritants include the sound of dishes clanging together in the kitchen or knives and forks hitting plates. Tyler says one patient told him, “Setting a coffee mug on a wooden table feels like a thumb pressing hard on a broken bone deep in my ear.”

"A grocery store, with the beeping of registers and extraneous noise of carts, is a place that many people with sound sensitivity end up avoiding altogether,” says Kaela Fasman, an audiologist at Sound Relief Hearing Center in Golden, Colorado. But it may also be sounds with “rapid rise time” — for example, a firetruck racing by, with sirens blaring, says Tyler.

It can take a serious emotional and psychological toll, bringing on bouts of depression, anxiety, stress or panic attacks.

Hyperacusis can be caused by a number of factors. Probably the most common is noise exposure. “Exposure to even one loud, intense burst of noise can set it off,” says Raymond Hull, an audiology neuroscience researcher and professor of communication sciences and disorders at Wichita State University. Tyler cites gunshots and Fourth of July fireworks as common triggers.

Or it may develop gradually, says Fasman, “especially when there's hearing loss or damage to the auditory system, which can happen just from aging, genetic factors and noise exposure over time. I use the analogy of a bruise: If someone hits you on the arm and you bruise there, that hurts a lot more than if there is no bruise.”

In fact, the problem is more likely to be found in people who have been exposed to a lot of noise from their occupation — farming or manufacturing, for example — or those who play in orchestras or bands.

The condition can also be brought on by a traumatic head injury, such as being hit in the head by a deployed air bag in your car or taking a nasty fall from a ladder. Less common: Hyperacusis can come on suddenly, as a result of a wide list of conditions — among them, Lyme disease, Meniere's disease, an adverse drug reaction, hypothyroidism and migraine.

Many people with hyperacusis wear earplugs, earmuffs or other devices to block out bothersome noise, or steer clear of social situations where they're likely to encounter uncomfortable sounds. That may enable them to function but will usually only worsen the problem. “Your brain becomes used to not getting sound for several weeks or months,” says Hull. “So when you slip off the earplugs, everything is going to be much louder and you'll be irritated to a greater degree."

Better news: While there is no cure for hyeracusis, there are ways to make the condition more tolerable. Usually, treatment consists of a combination of sound (or acoustic) therapy, with the aid of an audiologist, to help decrease sensitivity to sound (a treatment called sound desensitization), and behavioral counseling, which helps patients manage the anxieties and fears that come with hyperacusis.

Sound therapy works by gradually exposing individuals to specific sounds, breaking down nervous system responses so those triggers no longer have the same effect. Patients listen to a low-level sound — wearing a noise-generating device that resembles a hearing aid or playing a recording of the specific sounds they're bothered by in the background — for a certain amount of time each day. “Over a period of several weeks or months, the level of the sound is turned up, a little more each time, to enable the brain to get used to hearing the sound,” Tyler says. “Loudness discomfort levels can actually decrease.”

This can also be done using hearing aids. Wearing a device with a closed earmold will block the ear canal, attenuating sounds by 20 to 30 decibels, so the hearing aids essentially start off functioning like earplugs. “Then the electroacoustic characteristics of the hearing aid can control the sound level going into your ears,” Tyler says. “Gradually, over several weeks or months, you increase the maximum output of the hearing aids.”

The other part of the treatment involves counseling. “The reason that hyperacusis tends to have psychological components — such as anxiety and tension, or trouble concentrating or sleeping — is because there's not only hyperactivity in the auditory system, but also in the limbic system, which is our emotional regulation center, and the autonomic nervous system, which creates the fight-or-flight response and regulates stress,” Fasman says. “We often need to address these issues by calming down our nervous system's response to the sound.”

Cognitive behavioral therapy (CBT) is the strategy often used to help patients gain control by examining why and how they are experiencing symptoms, and changing their pattern of thinking and behavior to reduce the condition's impact.

A third component is mindfulness, which uses guided imagery and meditation to cope with hyperacusis. Tyler suggests carving out 10 minutes or so in your day to sit down, close your eyes and imagine being somewhere soothing, such as a tropical beach. Or take yoga, tai chi or exercise classes. “Whatever it takes to relax your mind and focus on something else, so hyperacusis isn't the main focus of your life,” Tyler says.

It can take time and strategizing to get hyperacusis under control, but Fasman says the results are worth it. “In our practice, we specialize in tinnitus and hyperacusis treatment, and I would say oftentimes the results from hyperacusis are even more robust,” she says. “That's because with hyperacusis, there are a lot of pathways where we can successfully retrain the brain and reduce that impact.” Fasman adds that more than 85 percent of their patients see improvement with treatment.