What to Know About Hip and Knee Replacements 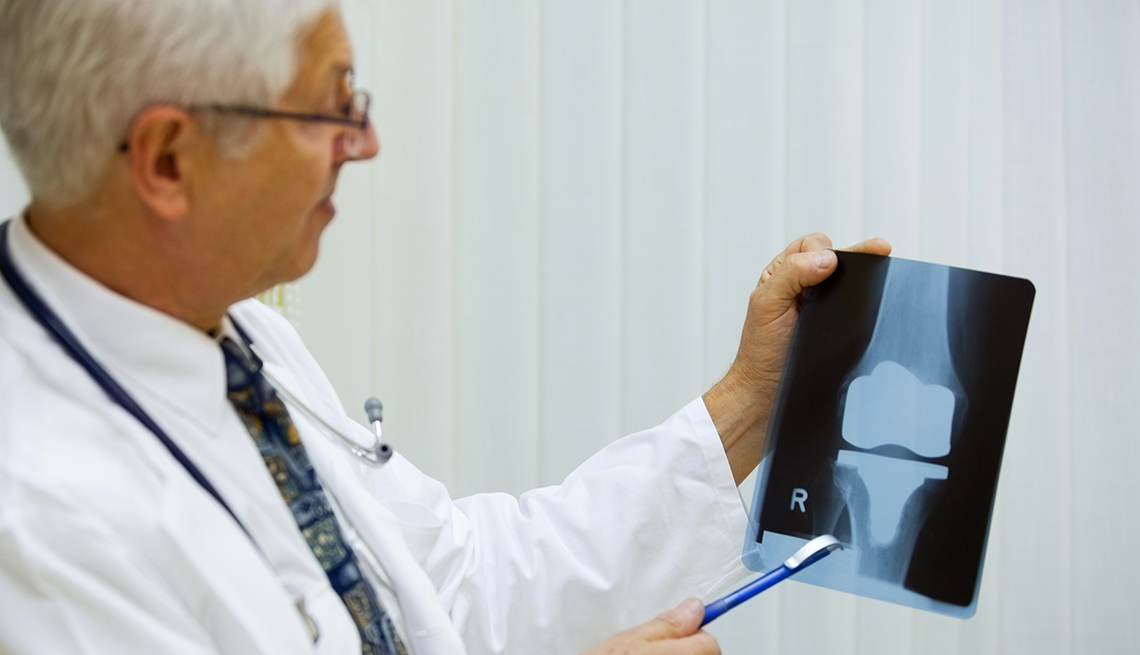 For months, Beverly Keel, 53, was able to ignore the pain at the top of her right leg that felt like a pulled groin muscle. But when she was sightseeing in France, in June of 2018, it went from bad to nail-biting.

"We did a lot of walking, and every day it got worse,” recalls Keel, chair of the Department of Recording Industry at Middle Tennessee State University near Nashville. “I was worried I wouldn't even make it through the airport.”

Thankfully, Keel's agony was brief. Within two weeks of returning to the U.S., she had hip replacement surgery, spending just one night in the hospital. She was able to return to work using a cane in about three weeks.

Keel's experience is getting more common. Every year upward of 400,000 people in the U.S. have total or partial hip joint replacement, and another 600,000-plus get new knees, according to the American Academy of Orthopaedic Surgeons. These operations give them blessed relief from pain and, sometimes, a new lease on life.

"People are healthier later in life,” says Neil Cobelli, M.D., chair of orthopedic surgery at the Montefiore Health System in New York City. “They're living more active lifestyles for longer, so they don't want to be held back.” Cobelli predicts that 3 million joint replacement surgeries will be performed annually by the year 2030.

Outcomes for joint replacement are better than ever, thanks to more durable prostheses — the metal, ceramic and plastic components that replace the damaged parts of a joint. Most patients today can expect their implants to last 20 years or more.

But the real breakthroughs are taking place outside the OR. “What's changed more than anything is how we manage everything around the surgery — the anesthesia, postoperative pain and blood loss — rather than the actual procedure itself,” says Claudette M. Lajam, M.D., associate professor of orthopedics at NYU Langone Health and spokesperson for the American Academy of Orthopaedic Surgeons. “That's what allows us to get our patients out of the hospital quickly.”

Patients now receive drugs that keep blood loss to a minimum, reducing the need for a transfusion. Nerve blocks and spinal anesthetic numb patients’ limbs and avoid the risks and complications that can happen with general anesthesia. Physicians are also relying less on opioids, which can slow recovery, instead using nonnarcotic painkillers, nerve agents and muscle relaxants to knock back patients’ pain.

"This helps patients wake up a lot quicker,” explains P. Maxwell Courtney, an orthopedic surgeon at Thomas Jefferson University Hospital and Rothman Orthopaedic Institute in Philadelphia. “It helps them get up and participate in physical therapy the same day that they have surgery, and the data shows that it's a lot safer in terms of medical complications.”

Think you may be a candidate for a joint replacement? Here's what you need to know about each type of surgery.

You may have heard about robots being used for joint replacement surgery. New robotic surgical systems use CT scans to create a 3-D model of a patient's anatomy and help doctors identify the proper alignment of an implant and create personalized surgical plans.

But robots don't necessarily improve surgery. “Everyone wants what's new and modern, and robotic sounds great,” Cobelli says. “But there is no strong evidence at this point that robotic surgery makes a positive difference across all joint replacements. The long-term efficacy is still unproven.” Surgeons’ skills are more important than the tools they use, he says.

Robotic systems may be of greater benefit to surgeons performing partial knee replacements, in which only one component of the knee joint is replaced. “Since you're only doing part of the knee, the prostheses are smaller and you can fit them through smaller incisions,” Cobelli notes. But that makes them harder to see. Robotics help make up for the limited visibility.

A similar caution applies to new approaches to hip replacement surgery. Traditionally, the surgeon accessed the hip joint through an incision close to the buttocks and went in behind the major walking muscles. The newer anterior approach — in which the surgeon makes the incision on the front of the hip area to access the joint — was thought to be easier on the patient, as less muscle is cut.

When you need surgery — or not

You're ready to go under the knife if X-rays show significant arthritis or other joint problems and your symptoms are out of control. “A lot of people have bad X-rays but they're functioning fine,” says Mathias Bostrom, M.D., chief of Adult Reconstruction and Joint Replacement Service at Hospital for Special Surgery in New York City. If that's the case, it's generally safe to hold off on surgery.

As Bostrom puts it: “If your X-ray looks horrible and you're functioning fine, let's leave well enough alone. On the other hand, if your X-ray looks bad and you are waking up at night, walking less and less, and not doing the things you want to do, then it's probably time to fix it."

What if you have pain, but there's nothing on the X-ray? “Sometimes the pain is coming from another part of the body,” says Lajam, “like the spine or muscle problem.” In that case, you need a doctor who can think about the problem and try to solve it.

What to expect during surgery and recovery

Hospital stays are shrinking. A small percentage of patients — typically very healthy people with a good support system at home — even get discharged on the same day as the surgery. That's particularly true for patients getting a hip replacement, which involves an easier recovery than a knee surgery.

A much larger percentage of people are discharged within 24 hours, which gives them the chance to have several physical therapy sessions in the hospital. “Most joint replacement centers are able to get people up and walking within a few hours of the surgery,” Cobelli says. “If you have it on a Monday morning, you can get two sessions of physical therapy on Monday and another session on Tuesday morning, and then you can go home."

Yet most people facing joint replacement are older, and their age can present challenges. “Many have other illnesses that the stress of surgery can exacerbate, so we need to be vigilant,” Cobelli says. “In most cases, people are able to go home from the surgery within two days, and at worst three days.” In general, hip replacement patients are discharged between a half-day to a day earlier than knee patients.

Patients usually get a prescription for a low-dose narcotic to manage pain while they heal. “But we've found that a lot of patients don't need it or they use very little of it,” Courtney says. Muscle relaxers, nerve pain medications and over-the-counter pain drugs often do the trick.

How long before you get back to your life

We won't lie: The first two weeks after surgery are the roughest, and you'll need someone standing by to help you. “I tell patients you are going to be cranky and sore and you're not going to like me very much,” Lajam says. “But then after that, most people start gradually returning to their lives.”

If your left leg is affected, you can drive again after two or three weeks. But it might be six weeks if your right limb was operated on. And you'll likely be off from work for two to up to six weeks if your job is active. “Our patients return to work in about 30 to 40 days,” Bostrom says.

"You're not going to have much energy right away. But as time goes by, you get more and more,” Lajam says. Don't expect to get your full energy back for three months — longer if you are older, combating other health conditions or were more sedentary before surgery.

Although not everyone has a good outcome, the majority of joint replacement patients are very happy with their results. “We get accustomed to hearing, ‘This just changed my life. I'm sorry I waited so long to do it ,’ ” Cobelli observes.

Hip patients, who generally have a faster, less painful return to regular activities, are particularly grateful. “The majority of them forget they had their hip replaced after a while,” Bostrom says.

Beverly Keel isn't quite there. Her hip feels different since she had it operated on a year ago, but it doesn't bother her. “If you need the surgery, get it sooner rather than later,” she advises others in her shoes. “Your pain will go away immediately."

What's Likely to Be Causing Your Knee Pain

How to identify the culprit — and which drugs, injections and habits will bring you the most relief

Six Ways to Be Good to Your Knees