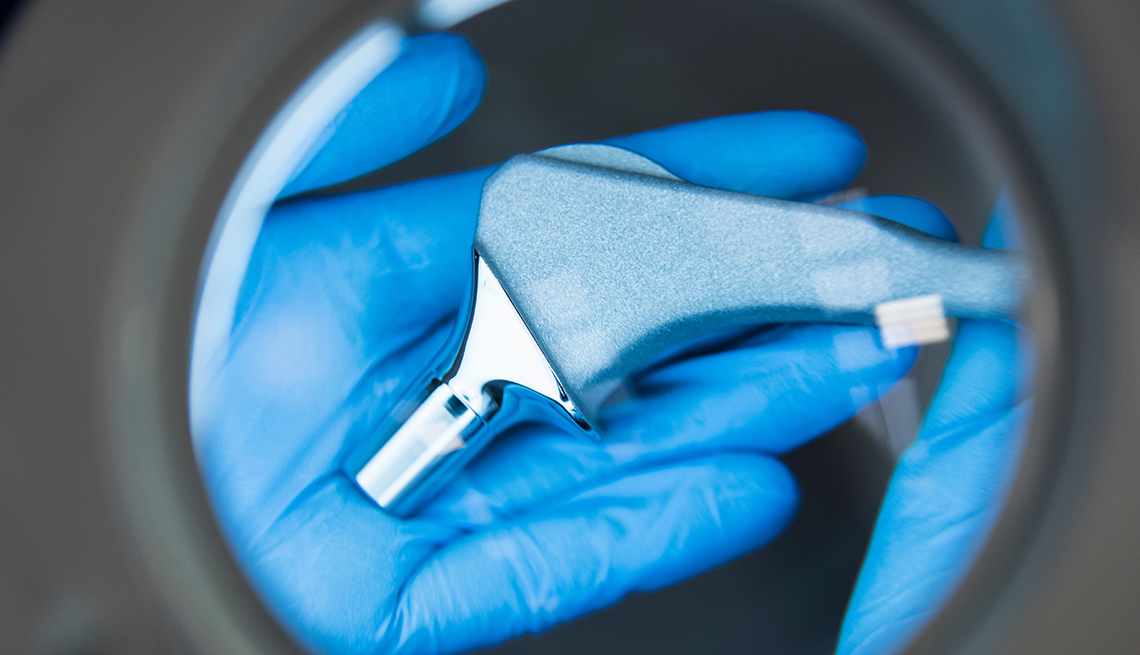 A growing number of people are in need of a total hip replacement each year. The most recent data from the National Center for Health Statistics found that in 2010 doctors performed 310,800 surgeries on patients 45 and older.

An innovative technique is changing hip replacement surgery, and in some cases, patients are being released within hours of having the procedure. This is a big shift from traditional hip surgery that requires some people to be in the hospital for days and leaves them lingering in pain.

The technique, first introduced a few years ago and growing in popularity, involves doctors performing an anterior hip replacement, which is less invasive than a traditional posterior replacement. In this new approach, doctors access the femur through a small incision in the front of the hip joint, eliminating the need to cut muscles and tendons to access the hip.

“The goal of this new approach is to return patients to their normal level of activity as quickly as possible and minimize the discomfort of surgery,” says Roy Davidovitch, M.D., who has been performing the procedure at NYU Langone Orthopedic Hospital since 2015. The hospital adds that its protocol doesn’t focus on general anesthesia, but rather on a shorter-acting spinal anesthesia with light sedation. They also worked to come up with a specific approach for pain management. But, doctors will tell you it’s just not the technique and drugs that make the same-day outcome possible, it’s the patient, too — and not everyone is a candidate.

Some of the ideal patients are people in their late 40s, 50s and early 60s who are active. They have to be willing to commit to an at-home recovery plan and have family members or friends there for support. The work actually starts ahead of the surgery as nurses and therapists train patients on tasks like how to properly get into bed and use the bathroom.

Some of the disqualifications include: A person may not be a candidate if they have cardiac disease, chronic liver disease, uncontrolled diabetes, obesity, or any other medical risk factors that can lead to excessive bleeding and raised risk for infection.

In 2017, the team at NYU Langone sent 225 patients home the same day they had hip replacement surgery. A hospital representative says patients going through its program typically report reduced pain in the days following surgery and are less likely to be readmitted after surgery. A survey also found higher patient-satisfaction scores among this group of patients. As for the long-term outcome, the Department of Orthopedic Surgery at NYU Langone Health says results of its procedure are similar to those of people having traditional hip replacement surgery. This year, NYU Langone expects to log between 300 and 400 same-day procedures. But, even if the patient is undergoing what they hope is a same-day procedure, doctors say they won’t hesitate to keep patients in the hospital longer if it can lead to a better outcome.