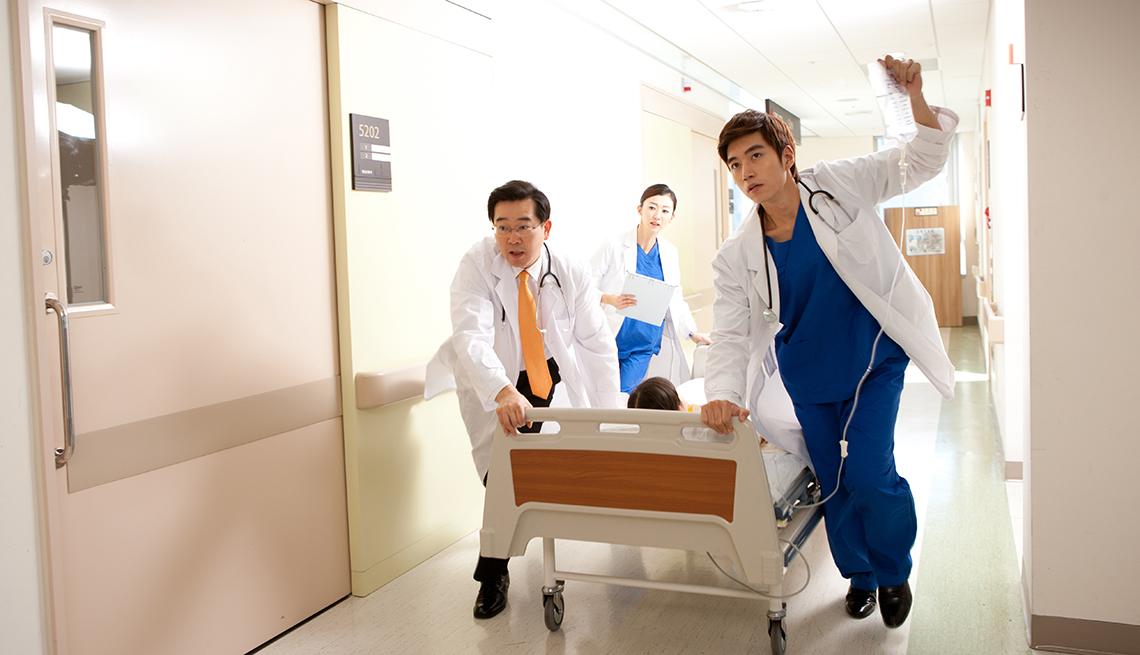 Of 61,698 eligible patients with acute ischemic stroke who arrived at a hospital within two hours of symptom onset, 25 percent were not treated with a drug that could clear clots within three hours, according to a study.

En español | A stroke can be deadly — and if it doesn’t kill you, it can leave you with serious, often permanent, disabilities. So when a powerful clot-clearing drug called tPA (tissue plasminogen activator) was approved by the Food and Drug Administration in 1996, it was a game-changer in the treatment of ischemic strokes, which afflict about 795,000 people each year in the United States.

Fast-forward to today: Many tPA candidates are not getting the drug. In fact, of 61,698 eligible patients with acute ischemic stroke who arrived at a hospital within two hours of the onset of symptoms, 25 percent were not treated with tPA within three hours, according to a study in an October 2016 issue of Neurology. This is even though the American Stroke Association and American Heart Association strongly endorse giving tPA to eligible patients with acute ischemic stroke within three hours of the stroke’s onset.

So why isn’t this drug being given more consistently? Among the reasons: Many hospitals are not prepared to give tPA. "They do not have a stroke team that can ensure rapid evaluation of the patient, rapid acquisition of the CT scan and lab studies [such as blood tests for glucose, clotting time and platelet count] that are required before giving tPA, and then rapid decision making,” explains Howard S. Kirshner, MD, a professor and vice chair of the department of neurology at the Vanderbilt University Medical Center in Nashville. “Stroke centers have a team ready to do this; many rural hospitals do not.”

Kirschner says some emergency physicians are reluctant to make a call about whether to give tPA to someone who has had an ischemic stroke, given that the drug carries a 6 percent risk of hemorrhage. ER doctors want a neurologist to make that call.

Also, tPA is used only for ischemic strokes, the most common type of which occurs when a blood clot cuts off supply to part of the brain. It is not used for hemorrhagic strokes, which occur when a weakened blood vessel in or around the brain ruptures, causing bleeding into the brain; with these types of strokes, tPA would worsen bleeding.

Before the drug is considered, doctors assess the patient’s neurological deficits, followed by a CT scan to make sure it’s an ischemic stroke, says Jeffrey Saver, M.D., director of the UCLA Comprehensive Stroke Center and vice chair and professor of neurology at UCLA.

Even with ischemic strokes, however, use of tPA isn’t entirely risk-free. “Because tPA is a clot-dissolving medicine that restores blood flow to brain regions that are not getting enough blood flow, there’s an increased risk of bleeding occurring into that brain region,” Saver explains. “But the overall benefit-to-risk [profile] is very favorable: Out of every 100 patients who are treated with it, 32 will have a better outcome and three will have a worse outcome — that’s a 10:1 benefit-to-harm ratio.”

In the majority of people who receive tPA, however, the drug doesn’t effectively dissolve the clot. And some people aren’t candidates for the drug, which is administered intravenously. It hasn’t been found to be beneficial in people with minor, non-disabling strokes, Saver notes. And it’s contraindicated in those who have recently had major surgery, who are taking a blood-thinning medication (such warfarin), or who have low blood counts. In these scenarios, the person wouldn’t be given tPA because of an increased risk for bleeding, says Koto Ishida, M.D., medical director of the NYU Langone Comprehensive Stroke Center.

But the most common reason for tPA's underutilization is that patients simply don’t get to the hospital fast enough — namely, within three hours of the onset of symptoms or their last-known “well” time. “tPA is a strongly time-dependent therapy — it works best when it’s given within 90 minutes after the onset of stroke symptoms,” Saver says. “The national standard is to aim for a door-to-needle time of 60 minutes.”

That’s why it’s best to call 911 if you think you or a loved one is having a stroke. “The EMTs and paramedics will triage you to the nearest stroke-capable center, and they can stabilize you en route,” Ishida says. “They pre-notify us so the stroke team is waiting for you and you can get treated much faster than if you were to walk in yourself.”

Most hospitals can provide tPA and have access to a neurologist who can make the decision. When a neurologist isn’t available, “telemedicine links now allow stroke specialists to evaluate the patient, look at the CT scan, and guide the decision regarding tPA,” Kirschner says.

If you accompany a loved one who has had an ischemic stroke to the hospital, and tPA is not discussed, ask why. While the decision is ultimately up to physicians, Ishida says they should be able to explain why they’re not giving it. At the very least, it’s a discussion worth having because “the potential consequences of not using tPA in a patient for whom it’s appropriate are severe disability, a future life of dependency, and loss of personhood,” Saver says. “tPA is clearly beneficial for patients with disabling strokes if it’s given within three hours.”

Since tPA works best on smaller blood clots, some ischemic stroke patients with larger blockages may be candidates for a mechanical thrombectomy. With this procedure, a device is threaded through an artery and into the brain, where it is used to mechanically grab and remove the blood clot. Mechanical thrombectomy “can only be used for bigger clots in the bigger arteries in the base of the brain,” Saver says. (A CT scan will reveal the clot’s location.)

“It takes longer to get this treatment started,”  Saver says, but it extends what’s called “the therapeutic window” because thrombectomy can be performed up to eight hours or more from the onset of stroke symptoms. In the meantime, “We can give tPA to people with large blockages as they’re on the way to getting a mechanical thrombectomy,” Saver says. In other words, mechanical thrombectomy is often done in addition to administration of tPA. In some cases, the combo can be like a one-two punch that reverses the effects of an ischemic stroke.