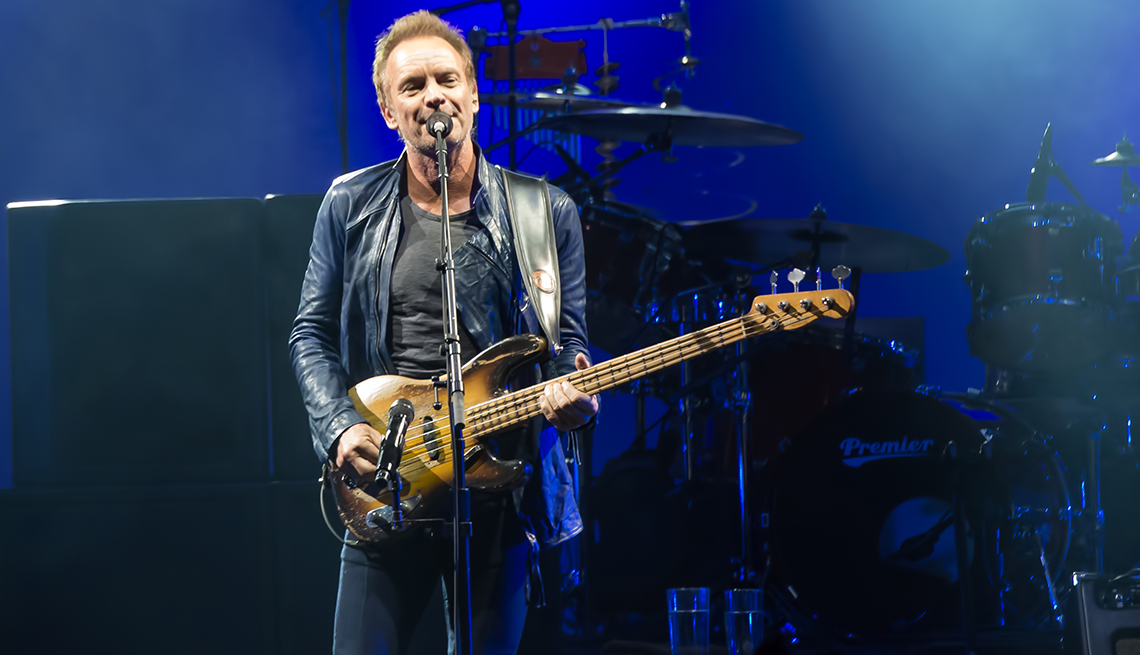 Rocker Eric Clapton, diva Barbra Streisand and rapper Will.i.am may be worlds apart musically but they share this in common: All three are having audio difficulties.

They’re among a growing number of musicians suffering from hearing loss after decades of exposure to loud music. The problem is especially prevalent in the ranks of boomer rockers, including Pete Townshend of The Who, Neil Young and Sting.

According to a German study that analyzed the health insurance records of 7 million people from 2004 to 2008, working musicians are nearly four times more likely to suffer noise-induced hearing loss than those in any other profession. They also were 57 percent more likely to have tinnitus — ringing in the ears — brought on by their work.

Among musicians struggling with various forms of hearing loss:

• Who guitarist Pete Townshend, now nearly deaf, began losing his hearing in the ’70s. On "The Who Tour 1989," he played guitar behind a glass partition. Who singer Roger Daltrey also suffers from hearing loss.

• Neil Young says his tinnitus began with the recording of 1991 live album Weld, which is why he followed it with mellower Harvest Moon.

• Eric Clapton blames his loss of hearing on cranking up the amps during his youth and regrets not heeding warnings to turn down the volume and wear earplugs.

• Ozzy Osbourne says his long career of playing excruciatingly loud metal music left him with a serious case of tinnitus.

• George Martin, the late producer of Beatles albums, began experiencing hearing loss in the ’70s after years of long stretches in the studio. Nearly deaf when he retired in 1998, he was wearing two hearing aids and had learned to lip-read.

• Thomas Bangalter, half of the electronic music duo Daft Punk, quit performing in small clubs to preserve what’s left of his hearing. He got tinnitus after years of exposure to loud music.

• Anthony Kiedis, singer for the Red Hot Chili Peppers, developed tinnitus during the band’s tour with Nirvana in the early ’90s.

• Danny Elfman gave up performing live with his band Oingo Boingo when his hearing began to fade, and turned to the studio, launching a career as a movie composer.

• Chris Martin of Coldplay has been struggling with tinnitus since 2002, but says the problem was arrested after he started wearing earplugs.

Others with noise-induced hearing problems include James Hetfield and Lars Ulrich of Metallica, Liam Gallagher of Oasis, Dave Pirner of Soul Asylum, John Densmore of the Doors and Mick Fleetwood of Fleetwood Mac. And it's no wonder.

Long periods of exposure to sounds exceeding 85 decibels, the equivalent of busy street traffic, is considered risky. The pain threshold is 125 decibels. The average rock concert is 115 decibels, 10 decibels below a jackhammer or ambulance. The permissible exposure time before damage occurs at 115 decibels is three minutes, according to data from 3M Occupational Health and Environmental Safety Division. Sound systems in some arenas and stadiums can hit 140 decibels. That’s louder than a jet engine.

Music may be harmonious, exciting and dreamy, but it’s still noise.

"Noise can hurt you, even if it’s music," says Kathy Peck, executive director of HEAR (Hearing Education and Awareness for Rockers), a nonprofit she founded in 1988 with a San Francisco physician after both attended an exceptionally loud concert. "You don’t realize that the high or rush you’re getting from music can damage your hearing."

Peck, a former bass player for the Bay Area all-female rock band The Contractions, experienced hearing damage while performing in 1984 and developed tinnitus. She launched HEAR with assistance from such musical luminaries as Townshend, Metallica drummer Ulrich and promoter Bill Graham, as well as MTV, medical organizations and music trade groups.

HEAR’s chief aim is to raise awareness among musicians and fans about the dangers of repeated exposure to loud music. Its website, hearnet.com, offers risk assessments, referral links and information about custom earplugs, which are far more effective in preventing damage and evenly conveying sound frequencies than conventional earplugs. As for the cotton or tissue you stuff into your ears? They cut sound by a mere seven decibels.

"It’s always a great idea to have hearing protection at a concert," Peck says. "Cheap earplugs are good in a pinch, but customized earplugs stop the progression of hearing loss."

HEAR is particularly concerned about teens "who think they’re invincible," Peck says. But the organization also recognizes that huge numbers of older musicians and fans have not abandoned their passion for blaring rock.

"People in their 60s and 70s are still playing music and going to shows," Peck says. "And so many of them are suffering mild to moderate hearing loss. It’s a wide problem. But it’s never too late to start protecting yourself."