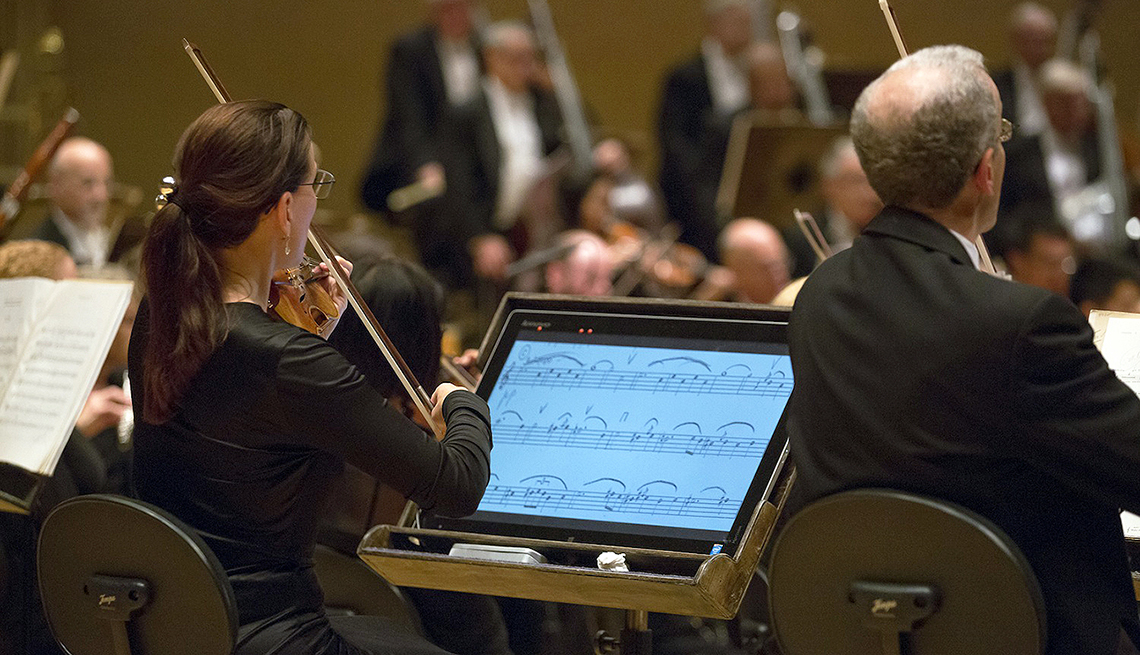 Alison Dalton rejoined the Chicago Symphony Orchestra after acquiring a computer screen that enlarges her violin score so she can see the notes.

In September 2013 I sat down to play the first rehearsal of my 27th season with the Chicago Symphony Orchestra (CSO). Minutes later, I couldn’t read my music because of a whiteout in my vision. I was a violinist at the top of my game and, at 53, was also fiercely independent, a cancer survivor and single mom of five. I went home, not knowing if I would ever be back.

And there I stayed, practically imprisoned at home, disabled without my full income, even with the CSO’s excellent benefits. I had kids in college. The doctors had no explanation. And the whiteout was getting bigger.

It was then that I received a summons from my maestro, Riccardo Muti. Leaning back on his sofa, he said, “I am your friend. Tell me what’s happening.” It was the first of many encounters in which he encouraged me to stay strong. “Do what it takes to come back,” he assured me. He inspired me to find a way forward when no cutting-edge doctor had.

Our health care system provides no advocacy for patients with rare diseases. With my violin student and friend Professor Joy Bergelson, a prominent biologist at the University of Chicago, we set out to find answers.

Fifty-three specialists at 26 hospitals in five countries and hundreds of pages of medical records later, I finally got a diagnosis at Massachusetts General Hospital: bull’s-eye maculopathy. The cones in the center of my retina, crucial for high-acuity vision, were dying. It is incurable. 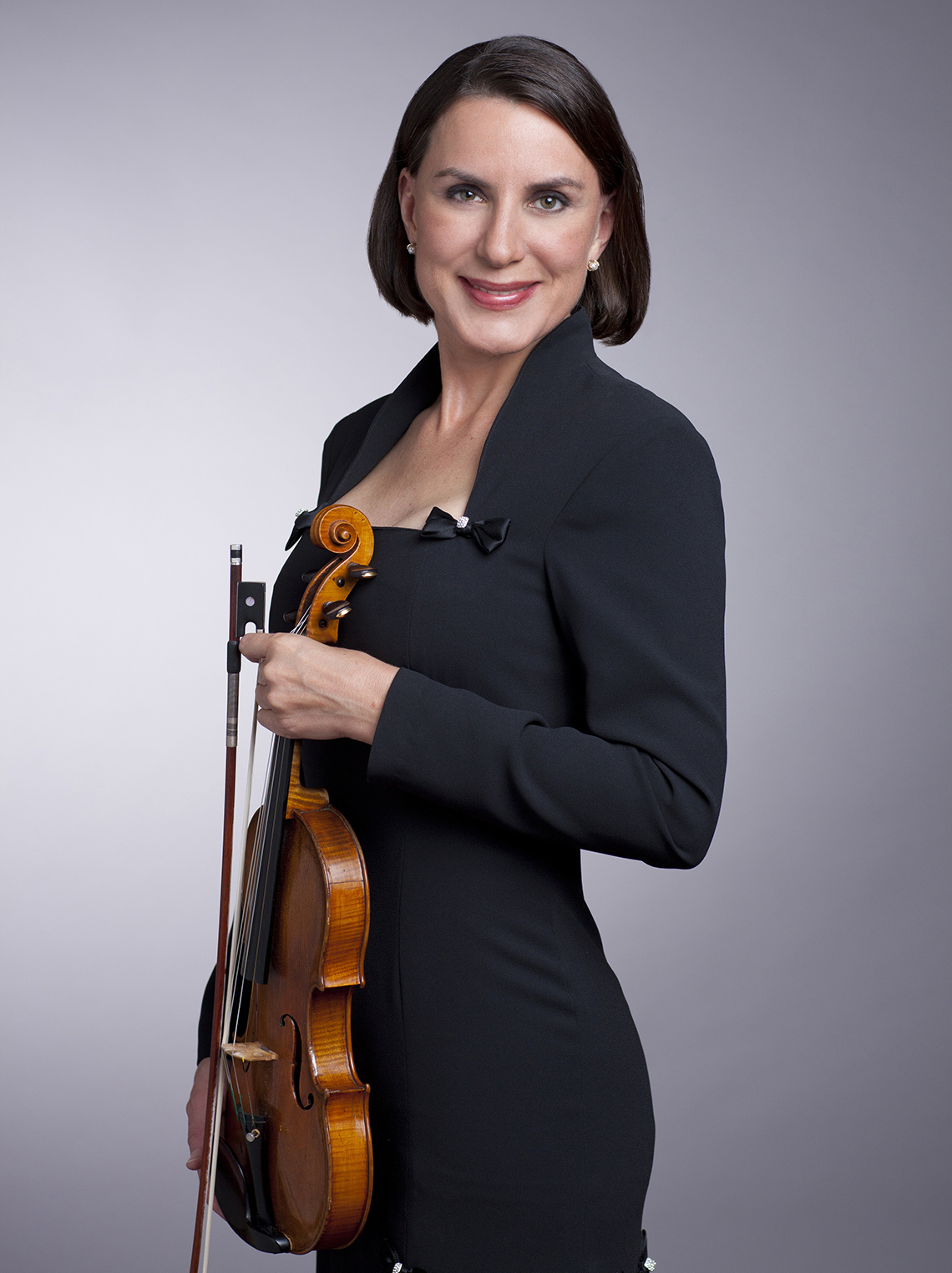 Working with the Chicago Lighthouse for the Blind, we determined a 400 percent computer enlargement would enable me to read music onstage. I’m so tech-averse, I would rather have taught a Seeing Eye dog to read my music. And unfortunately, there was no existing software that could handle the complexity needed to copy music. So, Joy and her computer whiz daughter, Allie, a cellist and premed student, worked up a solution with software designed for other uses. The CSO librarians scanned my music and handled the copyrights. My son Graham, a physics major and hornist, became my copyist. The usual page of music has 12 lines; he needed to convert three lines at a time to be displayed on my 27-inch screen.

In the middle of all this, I remarried. My husband, Charles, a negotiation specialist, helped navigate the Americans with Disabilities Act to get me professional accommodation. I spent months rehearsing with the orchestra. Using an audiovisual feed from the stage, I practiced in a separate room, learning my second instrument, the computer. The process was a drama of clunk, crash, cry.

I returned to the Chicago Symphony stage in the summer of 2015; it was a roller coaster. The foot pedal to turn the “pages” began to slide away. During one performance the computer screen cracked during a cannon shot in Tchaikovsky’s “1812 Overture.” In Beijing the computer overheated and froze on the title page of Prokofiev’s First Symphony. I played the entire symphony from memory.

But I’ve come a long way. I’m still playing, both on tour and for Chicago audiences. Recently, John Williams conducted a performance of his film-score music. He stopped by my station and asked me to explain what was going on. I said that I put a lot of preparation into this performance because the string parts are notoriously difficult. At the end of the concert he came to me backstage and said, “How did it go?” I said, “Don’t let anybody tell you your violin parts are tough. I just played them blind.”

—As told to Susan Reigler.