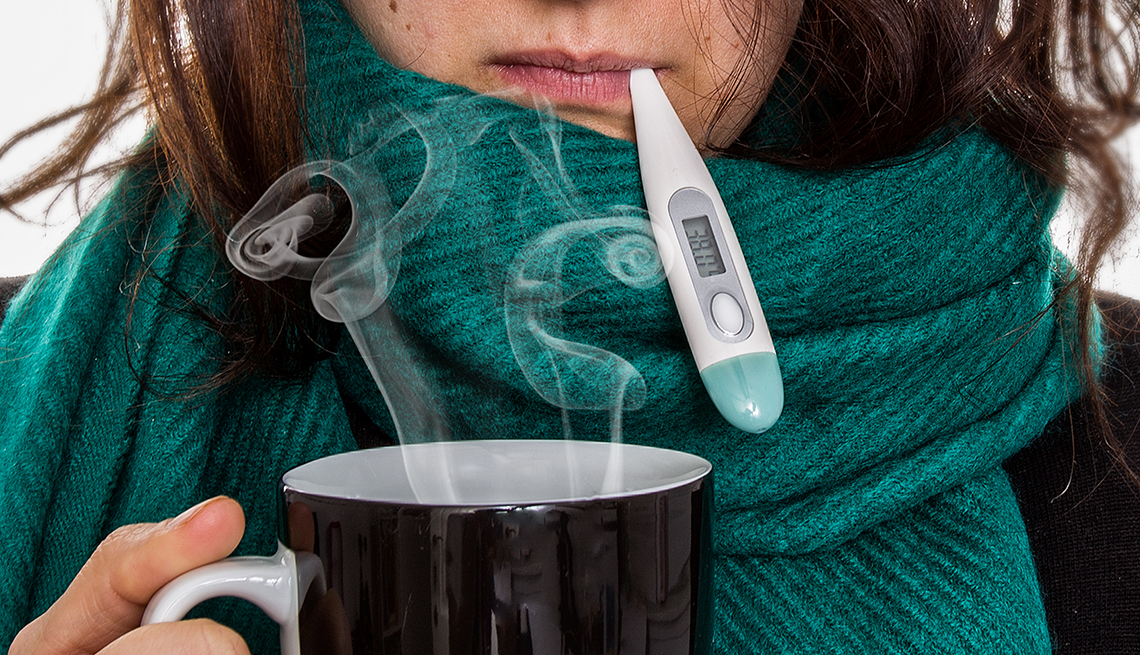 En español | While August’s mostly sunny skies and warm temperatures are still to be enjoyed on our shores, the Southern Hemisphere is in the throes of winter — and flu — season, something that teams of U.S. scientists from places like the Centers for Disease Control and Prevention (CDC) are closely monitoring.

The U.S. flu season tends to mirror Australia’s in particular, experts say, both in its severity and in which strains of virus are making the rounds of schools, train stations and nursing homes. So far, the news from Down Under is actually quite good.

"The flu season for this year, for 2018, in Australia has been very mild,” says Kanta Subbarao, a virologist and physician in Melbourne who is director of the World Health Organization (WHO) Collaborating Center for Reference and Research on Influenza. Part of the reason for that, she says, is that the strain known as H1N1 has predominated. “It's quite a contrast from last year, when we had a very severe flu season, with H3N2 predominating,” she notes.

The same was true of our own most recent flu season, with H3N2 — which tends to be less deterred by flu vaccine — contributing to the 179 influenza-associated pediatric deaths and record-breaking hospitalizations, mostly of older Americans.

But if experts are optimistic about our chances of avoiding a nasty season here, they're cautiously so. Influenza, they say, is notoriously unpredictable, given its tendency to shift and mutate. In fact, another reason epidemiologists track flu so widely and watch it so closely — reporting and sharing lab results on patients at key World Health Organization sites across the globe — stems from the fear that a flu mutation could turn into something we have no existing means to fight. “Pandemics are caused when a completely novel virus emerges. And so we're always on the watch for anything that's completely new and different from anything that's circulated before,” Subbarao explains. “Because then the entire population is susceptible."

The worldwide spread of a new flu virus could be as simple as “one sick person getting on a plane,” says William Schaffner, M.D., an infectious diseases specialist at Vanderbilt University Medical Center and professor of preventive medicine and infectious diseases. “Influenza is a respiratory infection — when we acquire it from someone else, we literally breathe it in from them. If someone is within three to six feet of you, they can inhale what you’ve just exhaled.”

On the rare chance that a flu strain has dangerously mutated, the WHO's worldwide surveillance system — which has evolved over the last 65 years — would also help in the rush to create a vaccine to fight it, as global health agencies did in a matter of weeks during 2009’s swine flu pandemic.

More often, though, the international tracking system is employed in a more routine way, for things like the formulation of a country's yearly flu vaccine, which changes based on what strains are considered likely to predominate — a task that experts note involves both reams of data and educated guesswork.

Flu vaccine effectiveness reported to the WHO from around the world, for instance, gives the CDC an indication of how a similar formulation might work here, “if circulating strains ... remain the same,” says a CDC spokesperson. That information helps the agency come up with its recommendation for the year's flu vaccine formula, which is also based on how well last year's vaccine worked.

From there, the work becomes hyperlocal: As in, it's up to you show up at your pharmacy or doctor's office to get your shot, which you can do as early as late September. Each year, flu causes some 200,000 extra hospitalizations, with excess deaths in the thousands, Schaffner says. And even if getting the vaccine doesn’t prevent you from getting the flu, it can minimize its severity and help you avoid a hospital stay. “Although we can’t prevent influenza in each and every person using the vaccine, we can shift the odds in your favor,” Schaffner says.