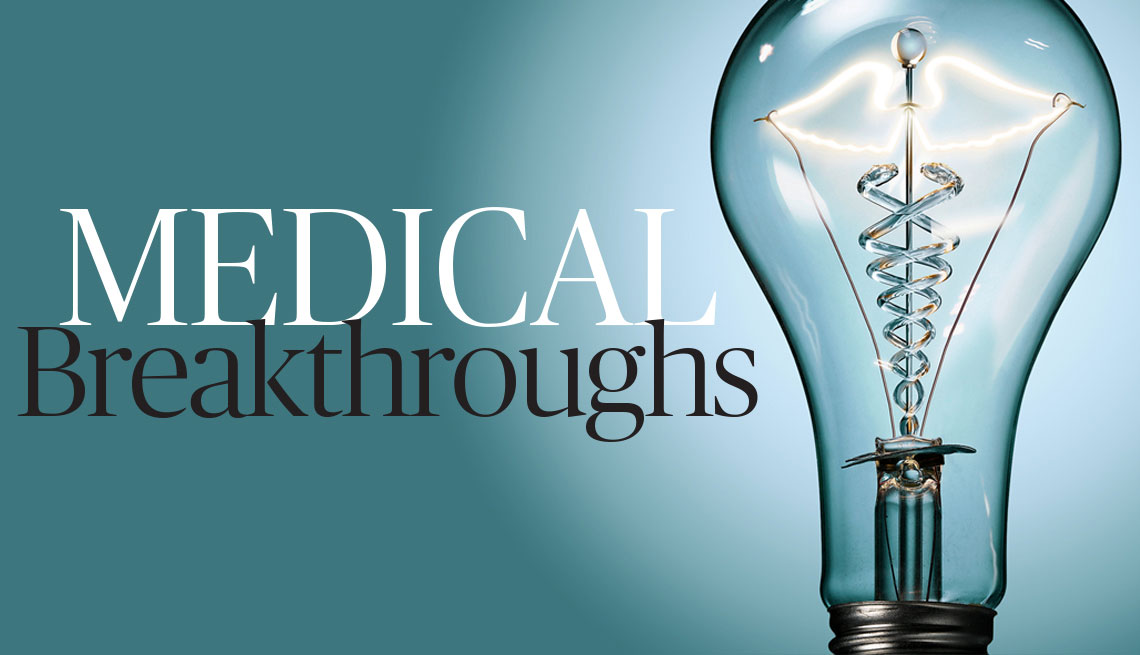 Pioneering drugs that remedy once-intractable diseases; clever products that make everyday living easier for people with injury or illness; innovative technologies that provide relief at a touch of a button — by all measures, 2017 has been a year of astounding health care advancements. Here are some of the ways medical trailblazers and researchers are creating fresh possibilities for you and your family.

A Fresh Approach To Fighting MS

The first sign of trouble came when Jim Swartwood, now 56, couldn’t read the license plate on his pickup truck from 20 feet away. Swartwood, of Big Lake, Minn., saw an eye doctor, then a neurologist. Tests revealed he had 19 lesions on his brain, a sign of multiple sclerosis. More symptoms of this debilitating nerve condition soon came, and the MS drugs he tried didn’t do much. In 2013, Swartwood’s doctor got him into a clinical trial for a medication called Ocrevus. His symptoms subsided. The dreaded relapses didn’t come.

Most treatments for MS focus on T cells, a kind of white blood cell. But in 2001, Stephen Hauser, chair of the neurology department at the University of California, San Francisco, teamed up with Genentech to test Ocrevus, which targets a different kind of white blood cell called B cells. Last March the drug was approved by the Food and Drug Administration. It’s not a miracle cure, but it slows the disease’s progression and reduces relapses.

Swartwood now lifts weights and plays racquetball. “Who knows what will happen tomorrow?” he says. “But I know I will be blessed no matter what.” —David Ferry 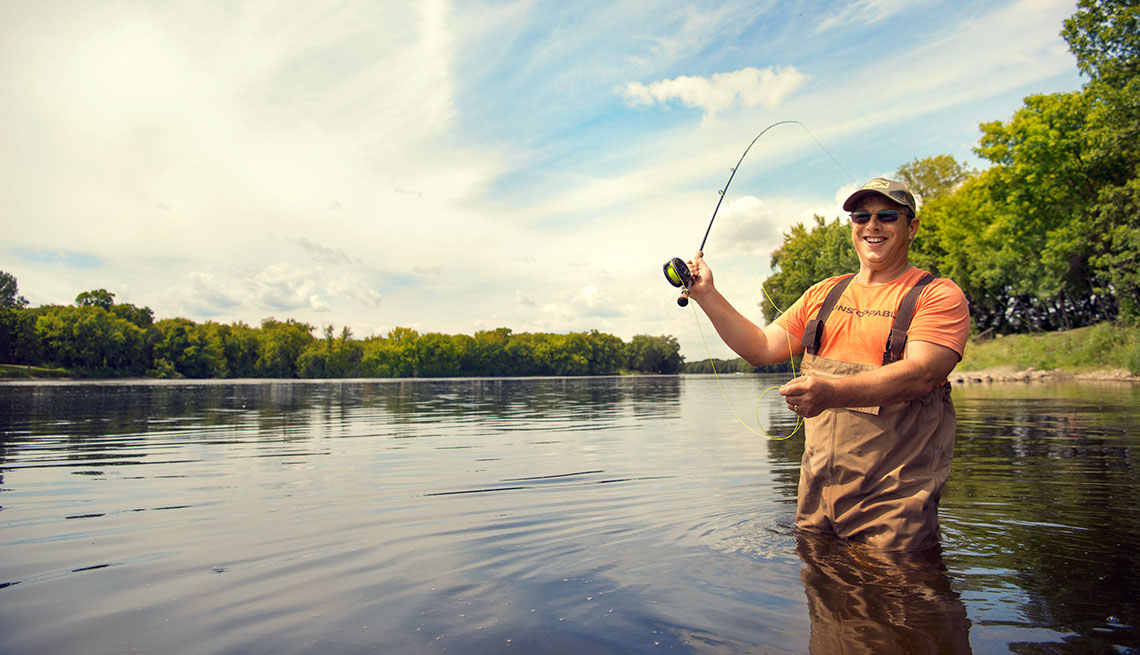 Jim Swartwood participated in a clinical trial for his multiple sclerosis and can now live an active lifestyle.

A Scan For Memory Loss?

The brains of people with signs of early dementia have smaller-than-normal medial temporal lobes, according to MRI scans done by Canadian researchers. Scans can’t currently predict Alzheimer’s disease, but in the future they might allow for preventive treatment. —Virginia Sole-Smith

With just an internet connection and a webcam, consumers can take an eye-tracking test that can detect and monitor memory decline before noticeable symptoms take hold. It’s all based on subtle eye movements. An Emory University study from eight years ago found that people with memory impairment will spend equal time looking at new images and pictures they had seen before, contrasted with the average person, who will spend more time looking at the new than the familiar. Neurotrack has developed an inexpensive version of this test that takes just five minutes using a webcam and an internet browser. —Denny Watkins 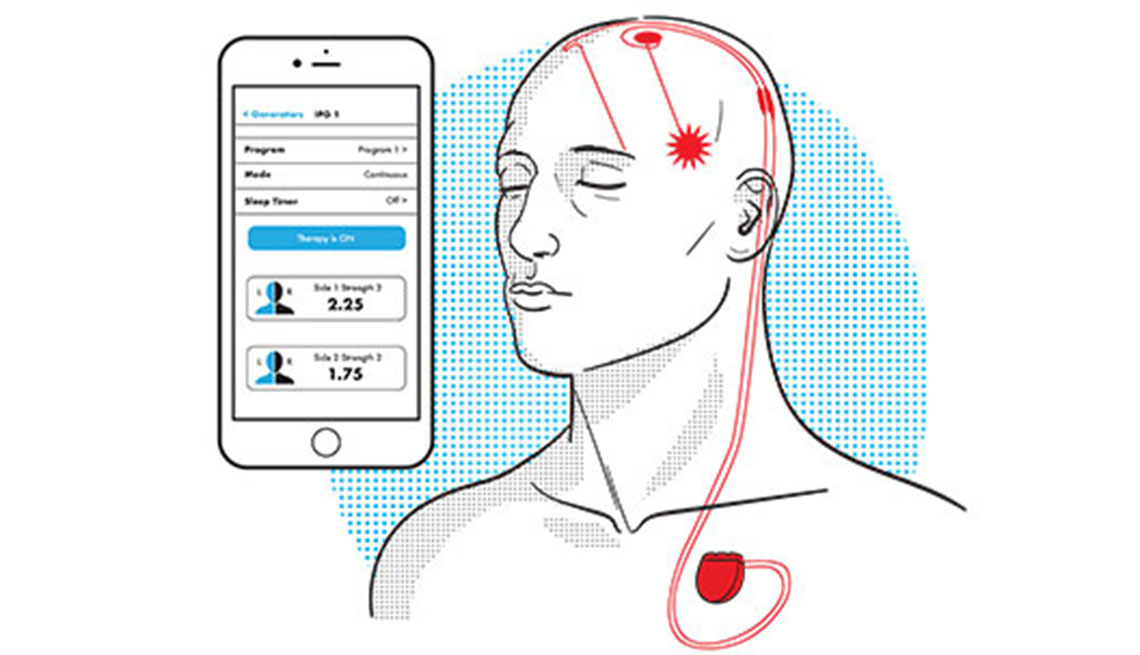 Parkinson's patients can use an iPod Touch to control electric currents delivered to their brains.

For the first time in 22 years, a new medication designed to temper ALS — amyotrophic lateral sclerosis — is on the market. Radicava was originally developed to treat strokes. But clinical studies in Japan showed that it slowed the progression of ALS, a devastating degenerative illness. —David Ferry

Ketamine is a common anesthetic that’s been in use for more than 50 years. In the past decade, scientists have grown excited about its powerful antidepressant properties. Janssen Research and Development’s variation on ketamine, called esketamine, has shown in clinical trials that it has a rapid antidepressant effect; it can work in hours, instead of weeks. It is considered potentially useful for people at imminent risk for suicide. —David Ferry