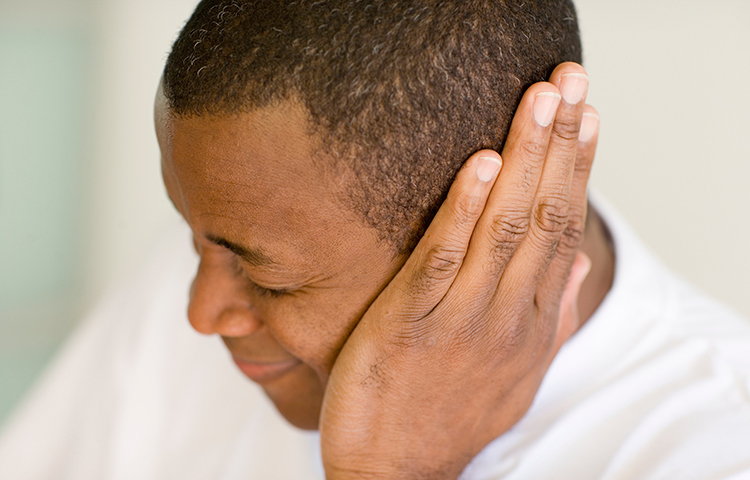 There is no definitive test for Ménière's. It's a clinical diagnosis, based on symptoms.

Many people with hearing loss also have tinnitus. A few of them have vertigo, too. When all three conditions are present, the cause may be Ménière's disease, first identified by French physician Prosper Ménière in 1861.

I emphasize "may" because Ménière's is notoriously difficult to diagnose.

There is no definitive test for Ménière's. It's a clinical diagnosis, based on symptoms. According to the Mayo Clinic, the criteria for Ménière's are two episodes of vertigo, each lasting at least 20 minutes but no longer than 24 hours; hearing loss verified by a hearing test; tinnitus or a feeling of fullness in your ears; and, annoyingly vague, the exclusion of other known causes of these problems. Idiopathic Ménière's (that is, where the cause is unknown, which is true most of the time) is frustrating to both doctor and patient. The diagnostic procedure is basically to eliminate x, y and z possibilities and then settle on Ménière's. Ménière's expert Steven D. Rauch, M.D., of Harvard Medical School and the Massachusetts Eye and Ear Infirmary, describes it as one of the most "vexing" clinical conditions that an ear specialist may encounter.

The problem is, when a condition is disabling, you want a diagnosis, and Ménière's is an easy catchall. Even though the disease affects just .2 percent of the population, the Framingham Heart Study—a long-running, federally funded study on cardiovascular health—found that 1,000 times that number (2 percent) think they have Ménière's, probably having been told that by a doctor who was as eager for a diagnosis as the patient.

It's important when diagnosing Meniere's to distinguish vertigo from dizziness. Vertigo is not the same as dizziness. With the latter, you feel unsteady in a stable world. You walk like a drunk. You have to hold on to things to remain standing. You can't walk in a straight line.

With vertigo, the world seems to spin around you. The most common type is benign paroxysmal positional vertigo (BPPV), which is treatable by a doctor and with home exercises. It is an inner-ear problem but is not connected to hearing loss. Here is a very good description of BPPV by my AARP colleague Candy Sagon.

True vertigo, which is related to hearing loss and may be caused by Ménière's, often comes on very quickly and can last anywhere from a few moments to days or even longer. Some people suffer from it for months at a time. When you feel an attack coming on, you have to sit or lie down immediately, and you may vomit. I have this kind of vertigo. My acute attacks last for a couple of hours. I can tell that one is coming on when my eyes start to swivel to the left. I'm so drained afterward that I usually sleep for the rest of the day and night.

I don't have Ménière's, because I have neither tinnitus nor a fullness in the ears. I also have bilateral hearing loss, and Meniere's usually affects only one side.

If it isn't Ménière's, what, then, is it? In my case it's probably migraine-associated vertigo (MAV). MAV is equally disabling but usually is not accompanied by hearing loss. So my hearing loss and my vertigo are probably not related. Sometimes Ménière's and MAV occur in the same patient. But because migraine is so common in the general population, MAV is about 10 to 15 times more common than Ménière's as the cause.

If you think you might have Ménière's, you should read the article "How Does the Doctor Know I Have Meniere's?" by Timothy Hain, M.D., of the Chicago Dizziness and Hearing Center, who provides an excellent description.

Ménière's is not curable — at least not yet — but it is treatable, especially the vertigo attacks. Although almost all sufferers gradually lose hearing in their affected ear, vertigo attacks can be controlled or eliminated in over 99 percent of cases, according to Rauch.

Changes in diet can control vertigo in about two-thirds of patients. It's important to stay hydrated and follow a lower-sodium diet. Sometimes diuretics are prescribed. Caffeine and alcohol may exacerbate symptoms in some patients.

Lifestyle factors such as stress and sleep deprivation can affect vertigo, and managing these can help. Other factors are hormonal changes, allergies and fluctuations in barometric pressure.

If all else fails, surgery can eliminate vertigo in about 5 to 10 percent of the cases.

For a first-person description of dizziness and vertigo, I recommend "Hearing Loss vs. Dizziness: If I Could Choose," by John Brigande, posted by the Hearing Health Foundation in February. Just reading it made me feel dizzy, though, so be forewarned.