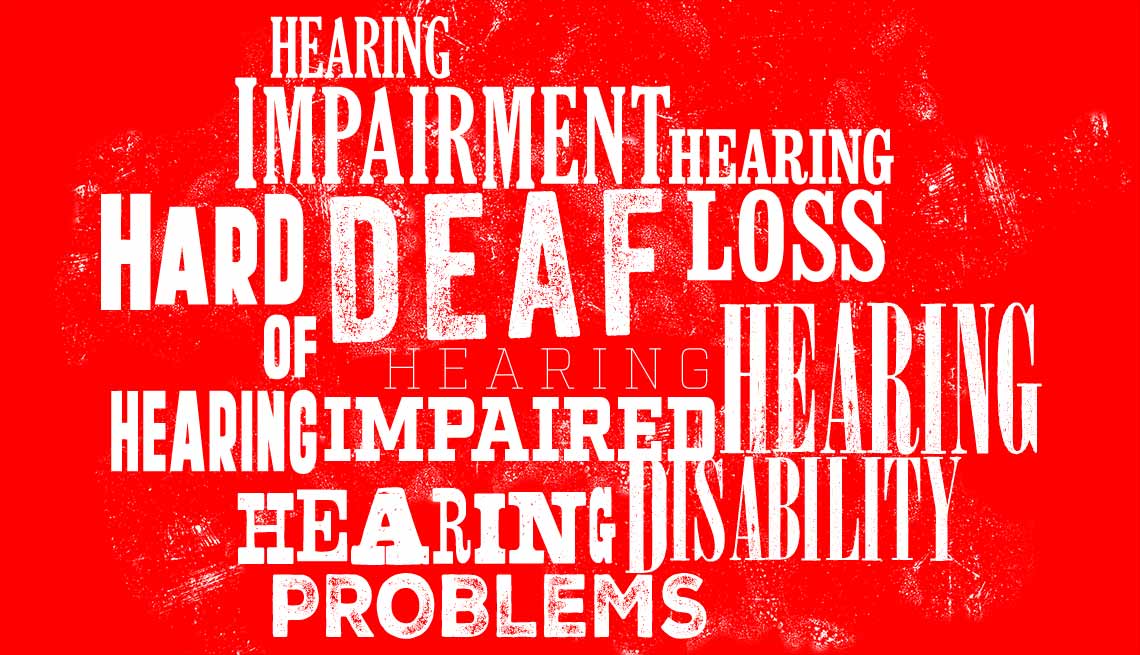 The debate over how to refer to those with hearing loss.

Recently, the headline for one of my columns used the term "the hearing impaired" to refer to people with hearing loss. As soon as I saw it, I knew there would be protests. The debate over what exactly to call people with hearing problems has raged for years.

Should we use the old-fashioned-sounding term "hard of hearing"? Or refer to the "hearing disabled"? Or maybe the cumbersome "people with hearing loss"? Even some of the major hearing associations can't decide. The National Association for the Deaf, for example, is OK with the use of "hard of hearing," while the Hearing Loss Association of America recommends "people with hearing loss."

The emails we received from those unhappy with the headline touched on this and other points.

The AARP fact checker for my column, who was born with hearing loss, pointed out that the Merriam-Webster dictionary defines "impaired" as "being in a less than perfect or whole condition: as disabled or functionally defective."

"Contrary to the definition, I believe that I am both whole and unable to hear," she wrote in an email.

But others saw it differently. "I don't see why someone would object to the phrase, 'hearing impaired,' because that is what it is," one reader emailed. "If they want to hide their disability, then why should they feel any entitlement to better services?"

So what exactly do we call ourselves?

However, a number of national organizations have chosen to shift away from using hearing loss altogether in favor of more positive language. The Hearing Association of New Zealand began as the League for Hard of Hearing. Better Hearing Australia avoids any suggestion of disability. Britain's Royal National Institute for Deaf People (RNID), founded in 1911, changed its name 100 years later to Action on Hearing Loss.

I often use this in casual conversation, but not in my writing, because in fact I am profoundly deaf in one ear and have limited hearing in the other. As I said in my book, Shouting Won't Help, the term "deaf" is politically incorrect for someone like me, but I still like to use it. It's blunt and sassy. It's a way to talk back to my hearing loss.

Having disabilities, but not disabled

"People with disabilities" is the preferred term because it refers to people as people, not as their disability. But even some advocacy organizations use "disabled." The newspaper Able describes itself as a newspaper "positively for, by and about the Disabled." Disabled American Veterans has held onto its name despite the turn in fashion. But consider that the act that protects people with disabilities is called the Americans With Disabilities Act, not the Disabled Americans Act.

The point, advises the disability advocacy group Mobility International USA, is to "put people first." The group urges using positive language that avoids referring to people with disabilities as "the disabled, the blind, the epileptics, a quadriplegic," etc. "It is fine to say 'person with a disability,' but terms like 'challenged' and 'the disabled' have fallen out of favor." When in doubt about what term to use, ask.

In other words, people with disabilities, including hearing loss, want to be recognized because they want equal access, but that doesn't mean they want to be defined by their disability. When thinking about the language of disability, keep those principles in mind.