En español | The exercise stress test that's part of your yearly physical. The MRI you got when you threw out your back moving the couch. The antibiotics you took for your sinus infection.

You probably didn't need any of them. 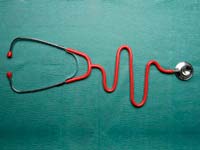 Many common medical exams may not be needed for people over age 50.

The American Board of Internal Medicine Foundation (ABIM) asked nine medical societies — from family doctors to allergists and cardiologists — to each identify five commonly used medical tests and treatments that are often unnecessary. A list of 45 overused procedures was presented Wednesday, April 4, 2012, at a news conference at the National Press Club in Washington, D.C.

"We're changing the culture in medicine," says Christine K. Cassel, M.D., president of the ABIM, about this new Choosing Wisely campaign, which represents some 375,000 doctors. Consumer Reports also has joined the doctors' campaign.

"Too much testing is being done that isn't needed, that doesn't work," says John Santa, M.D., who directs health ratings for Consumer Reports.

Here are seven of the most popular, most overused tests and treatments for people over age 50 that the AARP Bulletin has selected from the Choosing Wisely campaign. For the complete list go to choosingwisely.org.

1.  EKG and other heart screening tests for low-risk people without symptoms.

These can be lifesaving for those experiencing chest pain or other symptoms of heart disease. But a 2010 Consumer Reports survey found that 44 percent of people with no signs or symptoms of heart disease had an EKG, an exercise stress test or an ultrasound. For several years, cardiology guidelines have discouraged heart screening tests for people who have no symptoms and are not at high risk, and yet their use "is more common than it needs to be," says James Fasules, M.D., an official with the American College of Cardiology. For those at low risk for heart disease, an EKG or cardiac stress test is far more likely to show a false positive result than find a real problem.

Exceptions: If you have diabetes or other conditions that raise your risk, talk to your doctor. Use this calculator to find out your 10-year risk of having a heart attack.

2.  Bone scans for osteoporosis for women under 65 and men under 70 with no risk factors.

Bone density decreases and the risk of fractures increases with age, but medical experts say that most women don't need a bone density test until age 65. Still, many doctors recommend the scan starting at age 50.

Dangers: Bone density (DXA) scans can lead to unneeded medications that can have serious side effects.

Exceptions: Talk to your doctor about a scan before age 65 (70 if you're a man) if you were or are a smoker; you've used steroid medications regularly; have low body weight; or have already had a fracture. This FRAX tool can help you calculate your risk.

Next:  Are narcotics safer than ibuprofen? »

Despite physician awareness campaigns about the overuse of antibiotics for sinus infections, the drugs are prescribed in more than 80 percent of cases, according to the American Academy of Family Physicians. More than 90 percent of sinus infections are caused by viruses — and the drugs only work against bacterial infections.

Dangers: The widespread overuse of antibiotics is behind the spread of increasingly virulent strains of drug-resistant bacteria.

Exceptions: If symptoms last more than seven days or worsen after initially improving. Some people develop a secondary bacterial infection and then antibiotics may be needed.

Many people use Advil, Motrin (ibuprofen) or prescriptions such as Celebrex and Voltaren for everything from arthritis to headaches. But these common painkillers can be dangerous, especially for people with high blood pressure or kidney disease. (These medications can raise blood pressure, cause fluid retention and interfere with kidney function.) Tylenol (acetaminophen), tramadol, or short-term use of narcotic painkillers may be safer than NSAIDs, according to the nephrologists.

Dangers: These drugs are linked to stomach bleeding and increased risk of heart and kidney problems.

About 80 percent of Americans will suffer from back pain. Low back pain is the fifth most common cause for all doctor's visits. "The vast majority of people with nonspecific low back pain simply get better … within four to six weeks, with or without a physician's intervention," says Patrick Alguire, M.D., an official with the American College of Physicians. If older people get an image, experts say the results will almost always show an innocent abnormality that has nothing to do with the back pain.

Dangers: Some tests expose people to unnecessary radiation and can lead to expensive back surgery.

Exceptions: When the doctor suspects serious underlying conditions or if the pain isn't better in six weeks.

Next: CT scans may raise your cancer risk. »

Some 35 million Americans suffer from seasonal allergies. And millions of Americans increasingly blame a food allergy or sensitivity — from gluten to milk — for their health woes. Some doctors or health providers now perform a blood test, called an immunoglobulin (IgG), for food allergies. But Linda Cox, M.D., president elect of the allergy group, says the test simply doesn't work. For seasonal allergies, many doctors run a battery of blood and skin tests dubbed IgE, when just a few specific tests would do. By asking patients when and where they have symptoms, doctors can pinpoint what tests they should run.

Dangers: The superfluous use of allergy medications; an overly restricted diet.

7.  CT scans and other imaging procedures for uncomplicated headaches.

Severe headaches can be excruciating and frightening, but unless they are accompanied by other key symptoms it rarely makes sense to get a CT scan or MRI of the brain. Yet "it happens all the time," says David Seidenwurm, M.D., a neuroradiologist in Sacramento, Calif. Patients get frightened, doctors worry about lawsuits and people "want all the information right away," he says. "It's easier to do the scan than to have the conversation."

Exceptions: Worrisome symptoms — trouble speaking, blurred vision, weakness on one side — or other signs that the headache is caused from something more dangerous, such as a brain tumor.

The nine organizations releasing lists as part of Choosing Wisely: