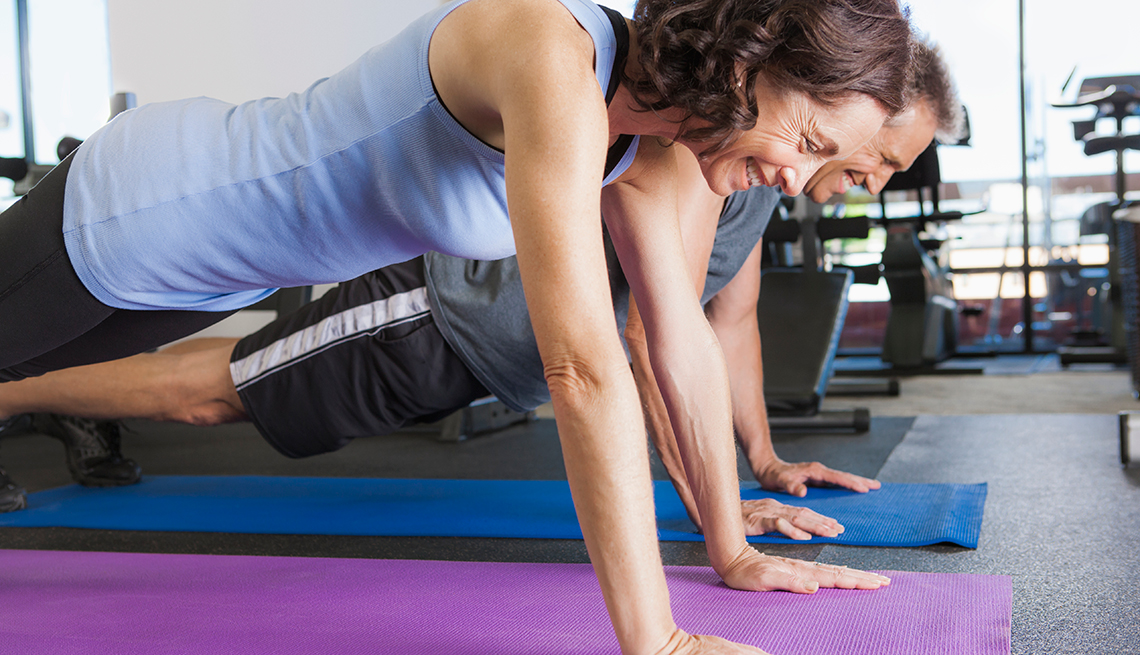 Strength training seems to help brain function by sending pulses of blood into your brain.

Sudoku. Crossword puzzles. Computer training. Half of Americans believe these games and mental tasks keep their brains healthy, according to a 2014 AARP survey — but there is little evidence that they do. If you really want to retain mental clarity and improve your odds of staving off dementia, researchers say, hit the gym.

In the past decade, scientists have begun to understand the crucial relationship between exercise and brainpower. Just as exercise helps keep muscles strong, blood vessels flexible and stress low, it also enhances mental abilities, stops brain shrinkage and promotes the formation of new neurons.

Experts recommend exercise for the brain

The Global Council on Brain Health (GCBH), an independent collaborative of scientists, physicians, scholars and policy experts convened by AARP to provide the best thinking on brain health for older adults, has issued recommendations around exercise and brain health, including:

Get 150 minutes a week of moderate-intensity aerobic exercise.

To stay motivated, consider exercising with other people.

Studies even suggest that people who are physically active "have lower rates of Alzheimer's and other age-associated neurodegenerative disorders," says Arthur F. Kramer, senior vice provost for research and graduate education at Northeastern University in Boston and an expert on exercise and the brain.

As we age, the hippocampus — an area of our brains that is key to memory — shrinks, leading to memory problems and possibly dementia. Research by Kramer and others showed that when previously sedentary men and women 50 to 80 years old walked around a track 40 minutes a day three times a week for six months, their hippocampi actually increased in size. A control group that did not walk had smaller hippocampi than when they started.

Another study of nearly 900 men and women with an average age of 71 found that those who had exercised moderately or vigorously over five years — jogging, hiking, swimming, dancing — performed on a par with someone a decade younger on tests of memory and other brain skills.

These studies support the prevailing theory that heart health and brain health are linked. Regular exercise helps prevent high blood pressure and stiffening of the arteries, and keeping blood vessels healthy ensures an optimal flow of blood to the brain. In addition, aerobic exercise creates higher levels of a protein known as brain-derived neurotrophic factor, or BDNF, which helps repair and protect the brain, explains Marilyn Albert, director of the division of cognitive neuroscience at Johns Hopkins Hospital in Baltimore.

And strength training seems to help by sending pulses of blood into your brain, says Teresa Liu-Ambrose, director of the Aging, Mobility, and Cognitive Neuroscience Laboratory at the University of British Columbia in Vancouver. She conducted a study that found that women who did moderate strength training at least once a week showed a 15 percent improvement on mental-skills tests.

So what does all this mean for those concerned about developing Alzheimer's? A recent UCLA study of 876 men and women age 65 or older found that those who were more active had a 50 percent reduced risk of developing the disease. Still, Kaycee Sink, head of the Memory Assessment Clinic at Wake Forest Baptist Medical Center in Winston-Salem, N.C., recommends exercise "as part of a whole healthy lifestyle." As long as the result is a healthy brain, she says, "it doesn't matter if it was the exercise or the diet or the whole package."

Elizabeth Agnvall is a science writer in Denver.