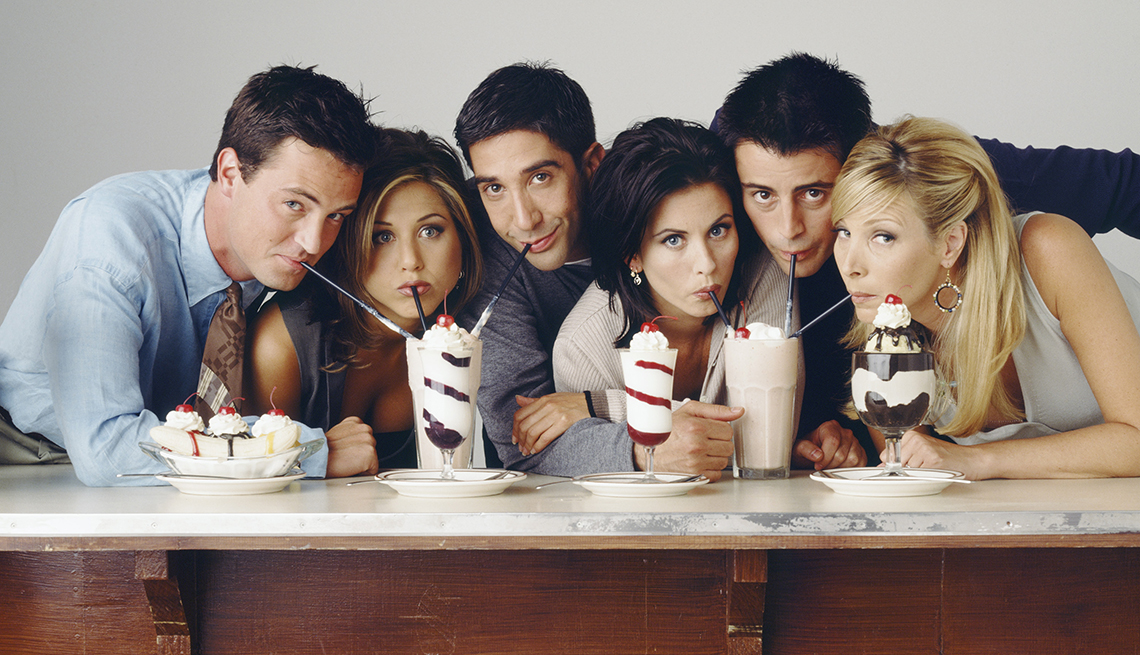 En español | The entire cast of the classic, still wildly popular 1994–2004 sitcom Friends just announced their long-rumored reunion, now officially set for sometime in May on the new streaming service HBO Max. Or rather, Jennifer Aniston, 51, Courteney Cox, 55, Lisa Kudrow, 56, Matthew Perry, 50, and David Schwimmer, 53, announced it together on Twitter while their mischievous castmate Matt LeBlanc, 52, jokingly posted “It's happening!” on Instagram — along with a picture of the cast of M*A*S*H. “Uh no Matt. Wrong reunion,” Cox retorted on Instagram. “Oh no... No no no NO LeBlanc! Could that BE more NOT what we said to post???” Aniston chimed in. “Ha! They Do look like us,” Kudrow observed.

What's really happening is not a new season or episode of Friends (nor M*A*S*H). Instead, the old friends will get $2.5 million to $3 million apiece for an unscripted reunion special, during which they will reminisce about the show. Also, all 236 Friends episodes, which left Netflix in 2019, will be available again, on HBO Max.

Stay tuned to AARP.org/entertainment for the Friends special airdate and more details on what to watch on the new service. HBO Max will also stream about 10,000 hours of other hits — including The Big Bang Theory, South Park, Will Smith's Fresh Prince of Bel-Air and HBO hits like Veep — and some promising new series and movies by Joss Whedon, J.J. Abrams and Reese Witherspoon.

Grownups are particularly looking forward to Steven Soderbergh's Let Them All Talk, an intergenerational comedy about a famous writer (Meryl Streep, 70) who goes on a voyage of self-discovery, bonds with some old friends (Dianne Wiest, 71, Candice Bergen, 73) and sees her nephew (Lucas Hedges) fall in love with her literary agent (Gemma Chan). The story is written by MacArthur Fellow recipient and author Deborah Eisenberg, 74.