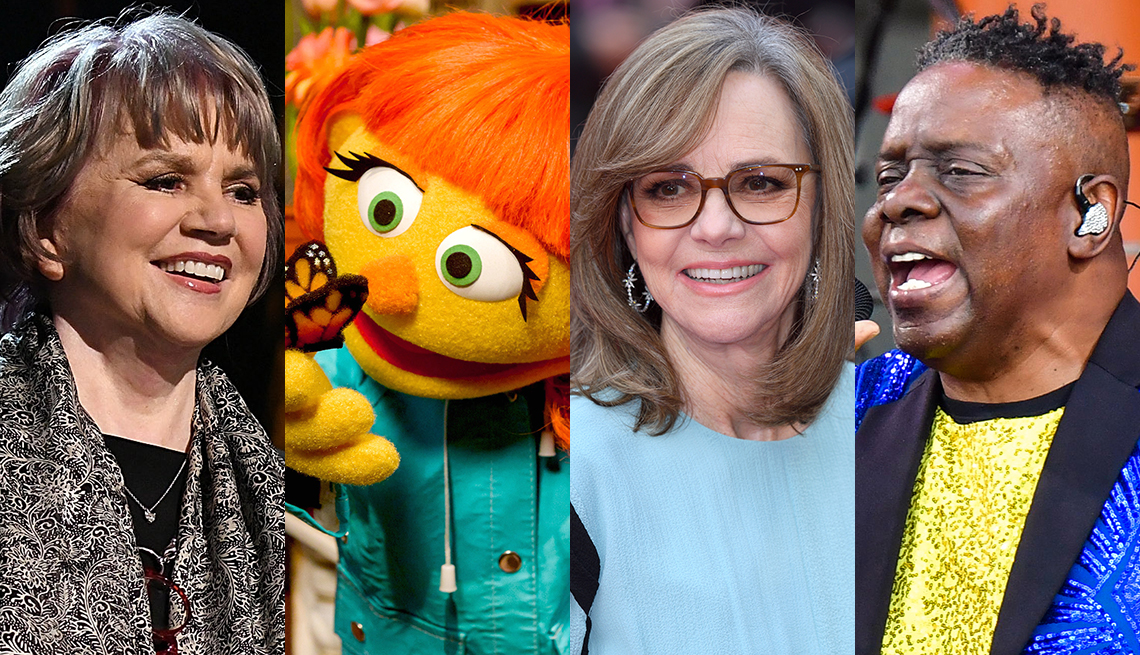 Singer Linda Ronstadt, 73; actress Sally Field, 72; conductor Michael Tilson Thomas, 74; and the band Earth, Wind & Fire will receive the 2019 Kennedy Center Honors, the illustrious awards for artists whose lifetime achievements have made a lasting mark on American culture. Also honored will be Sesame Street, which has earned 189 Emmys in its 50 years on the air. It's the first TV program ever honored by the Kennedy Center.

Ronstadt, whose life's work is celebrated in the eagerly awaited documentary Linda Ronstadt: The Sound of My Voice (Sept. 6), is the most stylistically versatile pop vocalist of her generation, and arguably had the best voice until Parkinson's ended her singing career. Field, who became famous in 1965 as TV's lightweight surfer girl Gidget, grew into a heavyweight acting talent, earning two Oscars and three Emmys. Thomas, music director of the San Francisco Symphony, has conducted the major orchestras of Europe and the U.S., and launched over a thousand young prodigies through his New World Symphony. Earth, Wind & Fire, the first R&B band to win a Kennedy Center Honor, achieved an orchestral precision and ebullience on a par with Duke Ellington, chasing the clouds away in hits like “September” and “Shining Star.” They earned nine Grammys; Ronstadt earned 10, and Tilson Thomas and Sesame Street each earned 11.