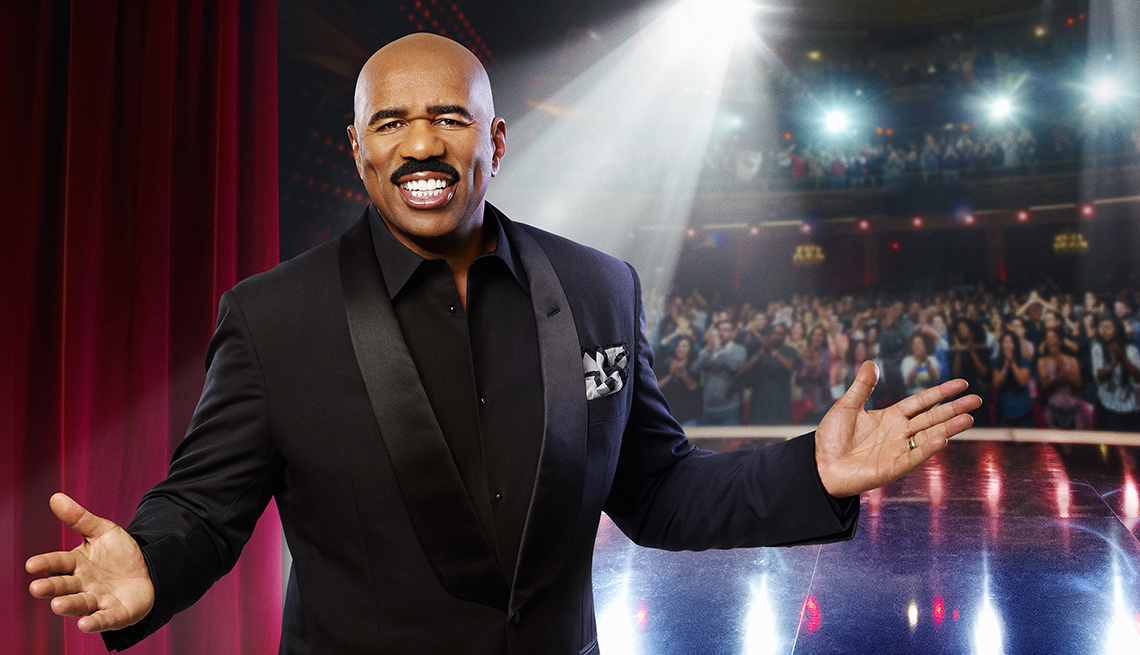 Host Steve Harvey, 61, says he has been trying for years to bring "Showtime at the Apollo" to prime time.

Showtime at the Apollo is back — and it’s ready for its prime-time close-up.

The live talent competition from the famed Harlem theater — launching spot for renowned entertainers such as Michael Jackson and Stevie Wonder — was a late-night staple from 1987 to 2008. Its new weekly reboot on Fox premieres March 1 at 9 p.m. ET.

Emmy Award-winning Steve Harvey, 61, who credits the Apollo for launching his own stand-up career, will fit hosting duties into his already packed TV show docket ... now that a network is finally taking his advice to bring back the show.

“I have been telling them for years that this show should be on prime-time TV, but nobody listened to me,” he says. “But now that I have several proven shows on TV everybody goes, ‘What does Steve want to do?’ I am so busy, but the show means so much to me.”

Here, Harvey shares his thoughts about the brutally honest Apollo audience and how the father of seven keeps churning out hits of his own.

Showtime at the Apollo was American Idol before American Idol. What can we expect from the show? How is it different from other talent-search shows?

First of all, there's no panel of judges. The judges are the audience, and for them, the mark is pretty high 'cause they’ve lived in Harlem for years and had all of the greatest entertainers in the world there. They don’t allow for half-stepping.

What makes the Apollo so iconic?

It’s funny, I interviewed Bruno Mars, and he did his last special at the Apollo because his father, a very accomplished musician, told him, "Son, you can perform anywhere in the world but until you do it at the Apollo, you ain’t done nothing." Most people from music backgrounds understand that.

I have introduced so many people on that stage over the years. It is the ultimate proving ground because if you can perform at the Apollo, you pretty much know you can make it anywhere. 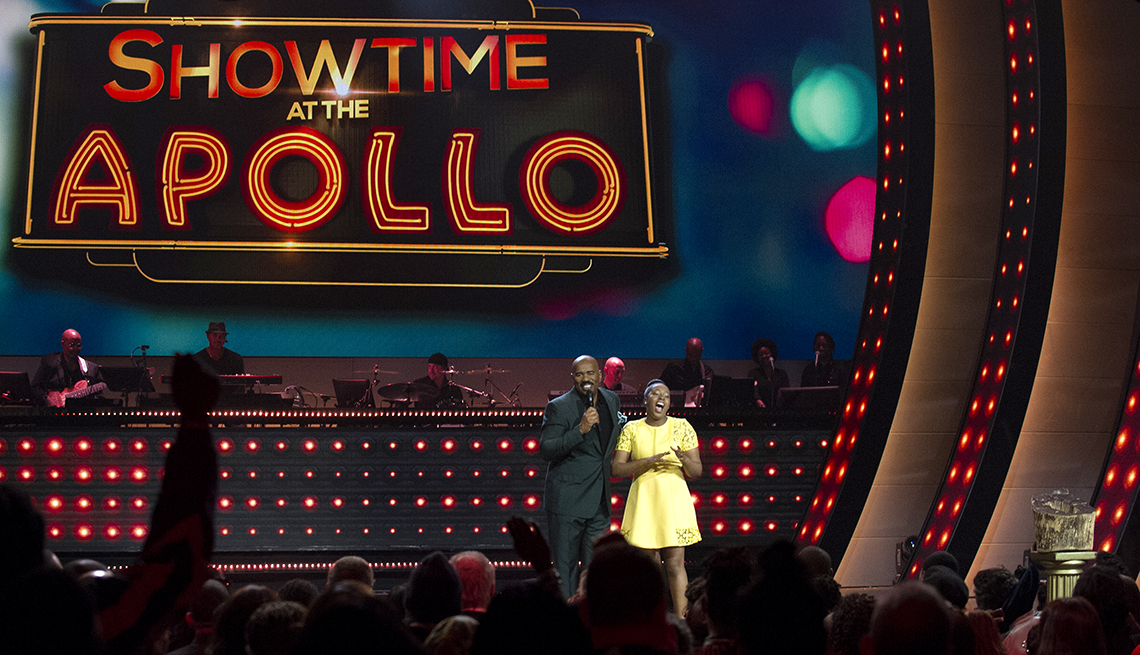 Host Steve Harvey and Sarah Ikumu, from "Britain's Got Talent," on the set of "Showtime at the Apollo."

From your experience hosting this and other talent shows, what makes a person or an act stand out?

It’s that infamous "it" factor. It’s unexplainable. It’s that stage presence. I can watch them walk down the aisle, and I got an idea if they are going to make it. There is a look.

You have to walk out there and own it. But at the end of the day, when you hit those notes you’ve gotta be on the notes, because the people out there are talented themselves and they know it. You just have to have it.

Do you ever get nervous in front of an audience that famously boos people off the stage?

Everybody is a little fearful at the Apollo. I am every time I go out there. I am probably the only person at the Apollo that they would never boo. They have a respect level for me.

What most excites you about the show’s newest incarnation?

I love the fact that they have kept it authentically Apollo. They used to say, "Well, the booing is barbaric." What are you talking about it is barbaric? It’s the meter of judgment, like someone spinning the chair around on The Voice or not giving you enough points on Idol. What’s the difference? The audience just went, "Tonight you ain’t got it. You got to get outta here."

Comedian, actor, talk show host, best-selling author, game show host — your advice for others on finding their own success?

You got to be willing to reinvent yourself. You can’t get stuck on Chuck, like I always say. You can’t get so, "Look, I am a stand-up comedian. That is what I do." Well, in the summertime stand-up comedy doesn’t sell because your show starts at 8 but people are still at the beach and driving home from the park at that time. So, you don’t have a career in the summertime; what are you going to do? The key is reinvention. Take the gifts that you have, which is your tree trunk, and make it branch out and become other things.