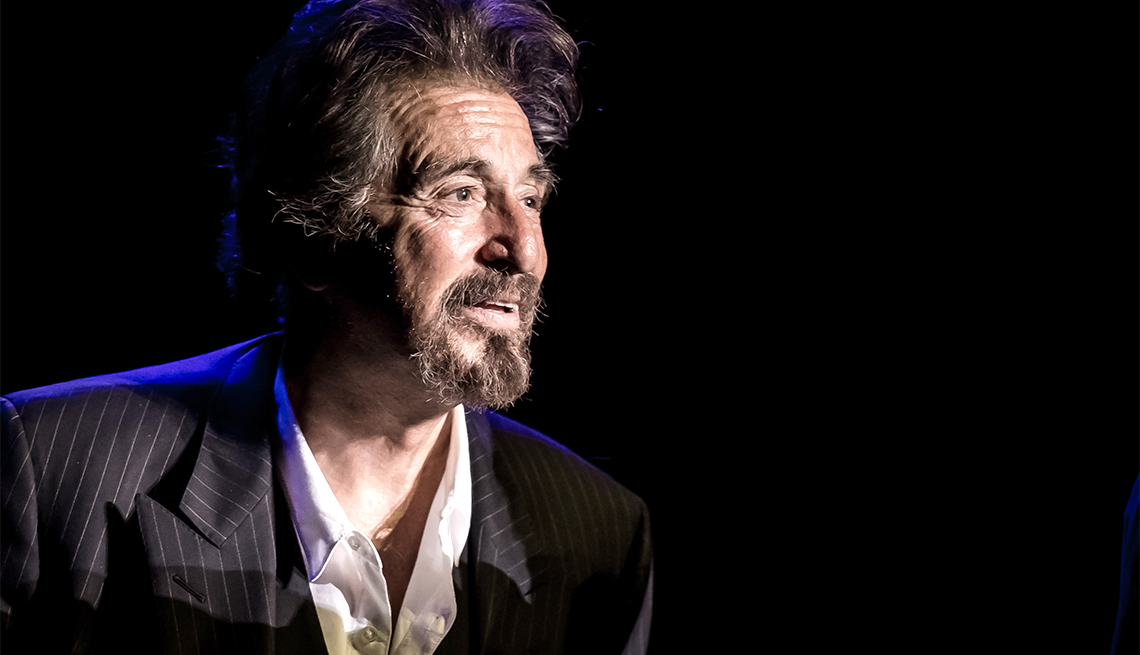 Paterno, directed by legendary Barry Levinson, 75 (Rain Man and Good Morning, Vietnam), is equally fascinating and frustrating because Paterno seemed quite befuddled by what Sandusky did, and died of cancer before he fully explained his own inadequate actions to stop the monster. So Pacino doesn’t get to be a villain or a hero, and when accused of tolerating a terrible secret for over 16 years, he shrugs a lot, seeming sincerely confused. The real Paterno said he expected his colleagues to deal with the Sandusky scandal — but he said, “I don’t know that it would have done any good, because I never heard of, of, rape and a man [actually, a 10-year-old, among others]. So I just did what I thought was best. I talked to people that I thought would be, if there was a problem, that would be following up on it.” Pacino’s Paterno refuses to even read Sandusky’s charging document, saying he’s got to concentrate on the Nebraska game. He asks, “What is sodomy, anyway?” 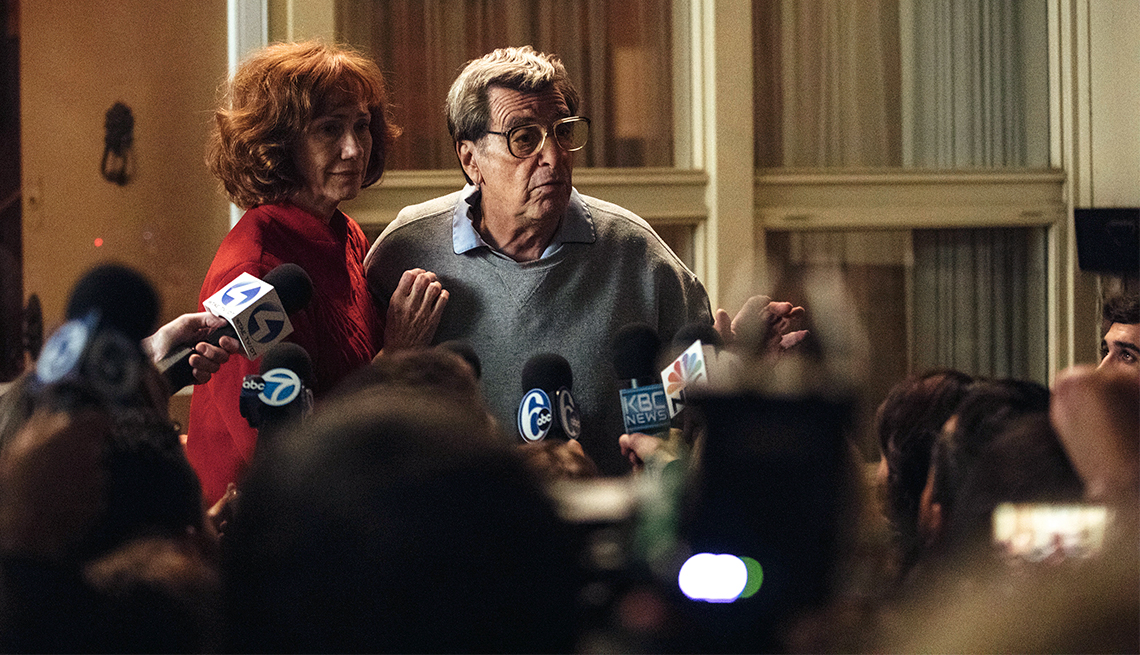 Sue Paterno (Kathy Baker) stands by husband Joe (Al Pacino) as he takes questions from the press in "Paterno."

Sandusky barely appears in Paterno, which is like a production of Paradise Lost where Satan has one line. Another weird thing is that Sarah Ganim (Riley Keough, Elvis Presley’s more talented actor granddaughter), the 23-year-old Penn State alumna reporter who broke the Sandusky story, is a smallish character in the drama she made happen. This makes Paterno like a remake of Spotlight where the protagonist is not the sleuth reporters nor the rapist priests they busted, but someone in authority who let them get away with it because … maybe he didn’t get it.

Paterno is still well made and hypnotically interesting, but it’s like a collision of two movies: one about the crusade to stop a bad guy and another about a guy who doesn’t understand, except in a few scenes where Paterno’s denial and distraction get temporarily dispelled by events. When his wife (the always excellent Kathy Baker) recalls that he let Sandusky play with their kids in the pool, he has no real answer, but Pacino conveys a world of emotion even when he doesn’t say a word.

There is a third subplot about the reaction of fans to the firing of Paterno, who was honored with a statue on campus. They don’t want to hear about the victims and are so outraged by their beloved coach’s axing that they riot, knocking down lampposts and overturning a TV news truck. Cops have to use pepper spray to make them stop. It’s amazing, but it doesn’t really relate dramatically to the main plot, or plots. It’s just another bizarre thing that really happened.

Pacino may collect awards for his thoughtful, moving performance, but he can’t make the script a unified experience. Paterno is worth watching, but I’d rather see his next role as a fascinating bad guy: the criminal Teamsters leader Jimmy Hoffa in Martin Scorsese’s first Netflix flick, The Irishman, in 2019, with Robert De Niro as the hit man hired by Hoffa, and also forced to kill Hoffa.