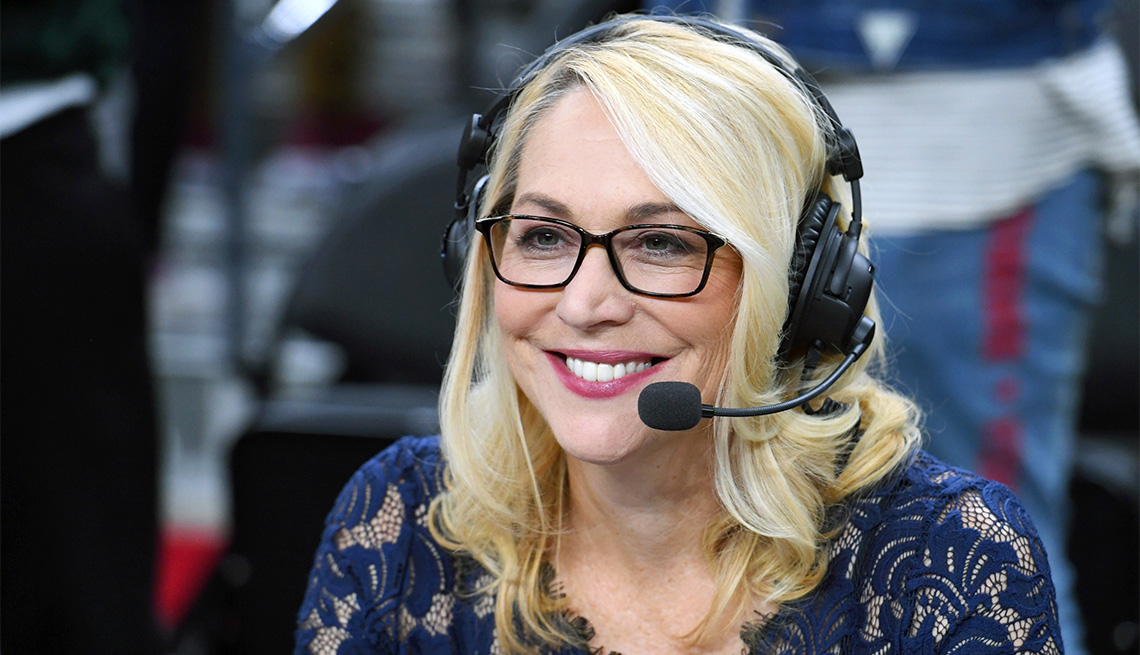 Doris Burke is the best NBA analyst on television today. In a sports media marketplace still dominated by men, which often relegates women to be sideline reporters with a particular look (young, pretty, blond), her recognition as the best in the game by her peers, NBA coaches and athletes, and media executives is an incredible achievement.

Burke, 52, has been a sports broadcaster for more than 25 years, beginning her career on the radio in 1992 when she called women’s basketball games at her alma mater, Providence College.

This career arc was recently detailed in an interview with journalist Andrea Kramer on an episode of HBO’s Real Sports With Bryant Gumbel. In this conversation, Burke, who is divorced and has two adult children, explained how broadcasting was initially a family compromise, giving up a budding coaching career while continuing to follow her passion for basketball.

“There’s not a working woman out there,” Burke said, “regardless of her profession, who doesn’t struggle with that work-life balance. There’s not one.”

Burke has risen from there to broadcast Big East men’s basketball, the WNBA, the New York Knicks and the NCAA Women’s Final Four. She was also added to ESPN’s NBA coverage, first as a sideline reporter and then this past autumn as a lead analyst. She’s even featured in one of the world’s most popular basketball video games, "NBA2K," and recognition from rapper Drake, who wore a Doris Burke sweatshirt while sitting courtside at a Toronto Raptors game.

What makes Burke the best broadcaster in basketball? The setup of the broadcast booth remains relatively unchanged: the broadcaster with the senatorial voice calling the game and the analyst who (often) is an ex-professional of the sport. Doris Burke, of course, never played in the National Basketball Association. And it doesn’t matter. Her analysis is rigorous, intelligent and informative, respecting the audience’s intelligence and the tactical complexity of the sport. She also never delves into hyperbolic clichés or tired exaggeration, a common trope of bad sports announcing. Burke speaks with wit and confidence, making her broadcast entertaining and informative.

In this same Real Sports episode, Burke’s ESPN colleague, former NBA basketball coach Jeff Van Gundy, said: “It’s the whispers of ‘I don’t want to listen to a female when I turn on a broadcast.’ I’ve had people say that to me. I always say the same thing: Doris is the best broadcaster in basketball. That’s it. I’m not afraid to say she’s better than I am.”

The media world agrees: Just this month, Doris Burke was honored with the 2018 Curt Gowdy Award for print and broadcast media, and will be inducted into the Basketball Hall of Fame in a ceremony this September. This honor, however, will not be a curtain call. As a woman thriving in a man’s world, she plans on broadcasting for the foreseeable future.

“I promise you,” Burke told Kramer, “I’m not having plastic surgery. I’m 52. I’ve earned every wrinkle on my face. I actually like my wrinkles. And guess what? There are a lot of 60-year-old men who have wrinkles, no hair, glasses, and nobody gives a damn. It’s about time that a woman my age or above, if she chooses to go into her 60s as an announcer, she should be allowed to do just that.”