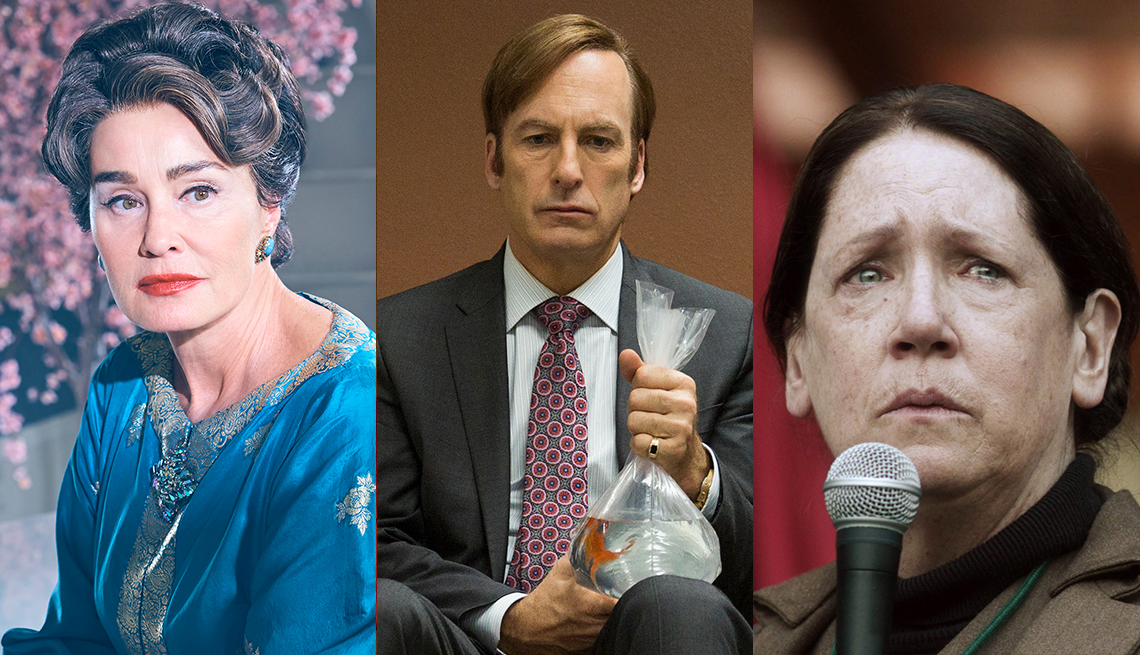 Jessica Lange, Bob Odenkirk and Ann Dowd received Emmy nominations and are in our top list.

More than 30 actors over 50 are nominated for television Emmy awards this year, more evidence that TV is a place where veteran stars can find a place to do their best work.

Television has always been more tolerant of talent with experience (and a few crow’s feet), and its prestige is growing. Movie stars no longer worry that they’re taking a step down to try the small screen, and some of the buzziest shows of the year were driven by 50+ talent, including nine of the likely Emmy winners, the two top limited series (Big Little Lies and Feud: Bette and Joan) and three out of four TV movies (The Wizard of Lies, The Immortal Life of Henrietta Lacks, and Dolly Parton’s Christmas of Many Colors).

Here are my predictions of the final winners at the Emmys in Los Angeles on Sept. 17. Actors over 50 are in boldface.

Should win: The Crown

Will win: The Crown. As Winston Churchill, John Lithgow, 71, steals the show, and Emmy swoons for Churchill. 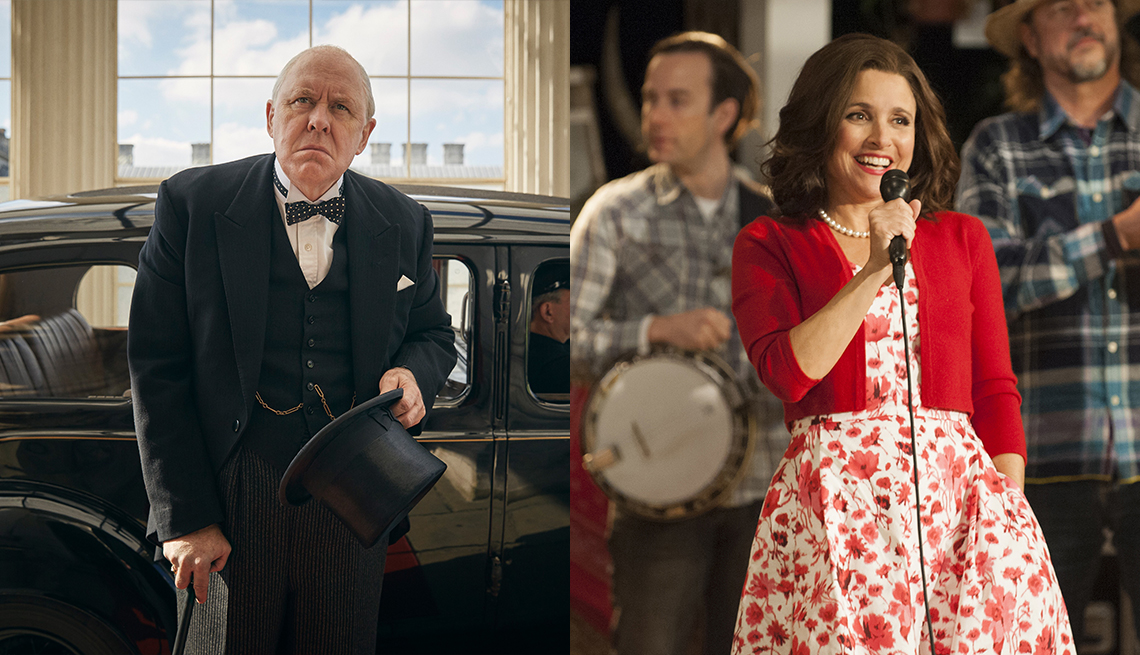 Will win: Veep. Julia Louis-Dreyfus, 56, will have to write her sixth consecutive winner’s speech, and the show’s producers third.

Lead Actress in a Drama Series

Will win: Claire Foy. Moss, Russell and Wright’s shows are incredibly timely, Westworld’s an Emmy hog, and Davis is genius. But Emmy genuflects to Queen Elizabeth.

Lead Actor in a Drama Series

Lead Actor in a Comedy

Should win: Jeffrey Tambor, but Emmy snubbed his show this year, so fugeddaboutit. 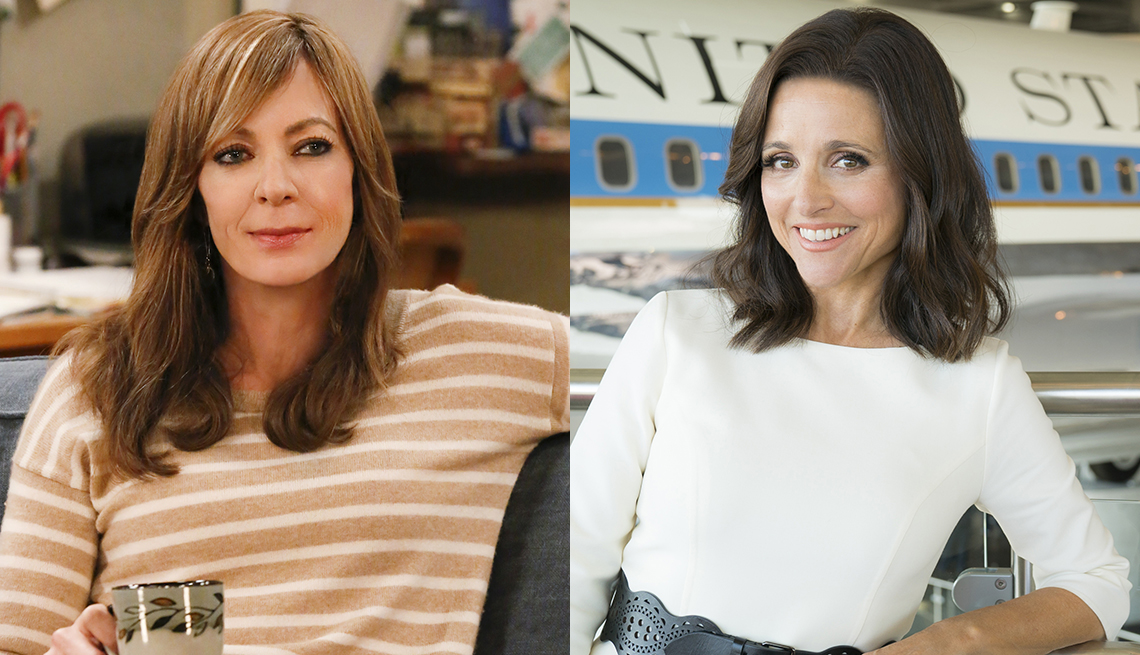 Will Allison Janney or Julia Louis-Dreyfus take home the Emmy for best lead actress in a comedy?

Lead Actress in a Comedy

Will win: Julia Louis-Dreyfus, whose 2017 Peabody Award was presented by Sen. Al Franken, will be reelected in a landslide.

Lead Actor in a Limited Series or TV Movie

Will win: Robert De Niro. Which would you rather watch lately, a De Niro movie or a De Niro TV show?

Lead Actress in a Limited Series or TV Movie

Should win: Carrie Coon (but why not for The Leftovers? Maybe because HBO wisely went all in promoting Westworld instead) 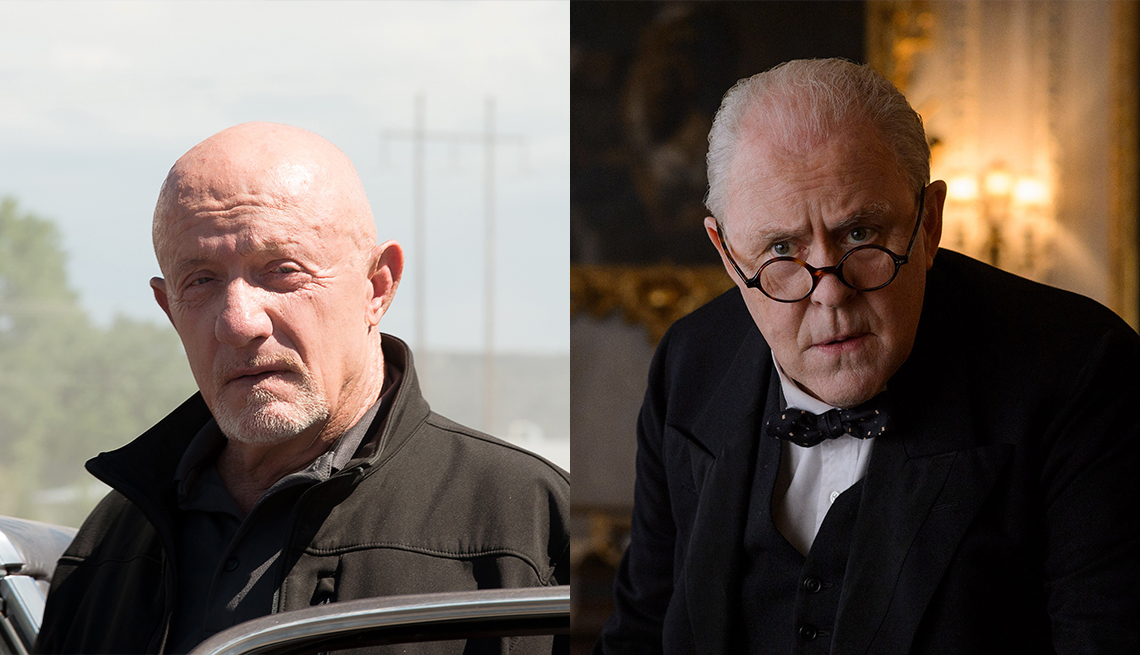 Jonathan Banks and John Lithgow are among those nominated in the category of supporting actor in a drama.

Supporting Actor in a Drama

Will win: John Lithgow. He’s got five Emmys, and soon a sixpack.

Supporting Actress in a Drama

Should win: Ann Dowd. Her surprise nom also owes a bit to her superb work in The Leftovers, Girls, Good Behavior and Masters of Sex. 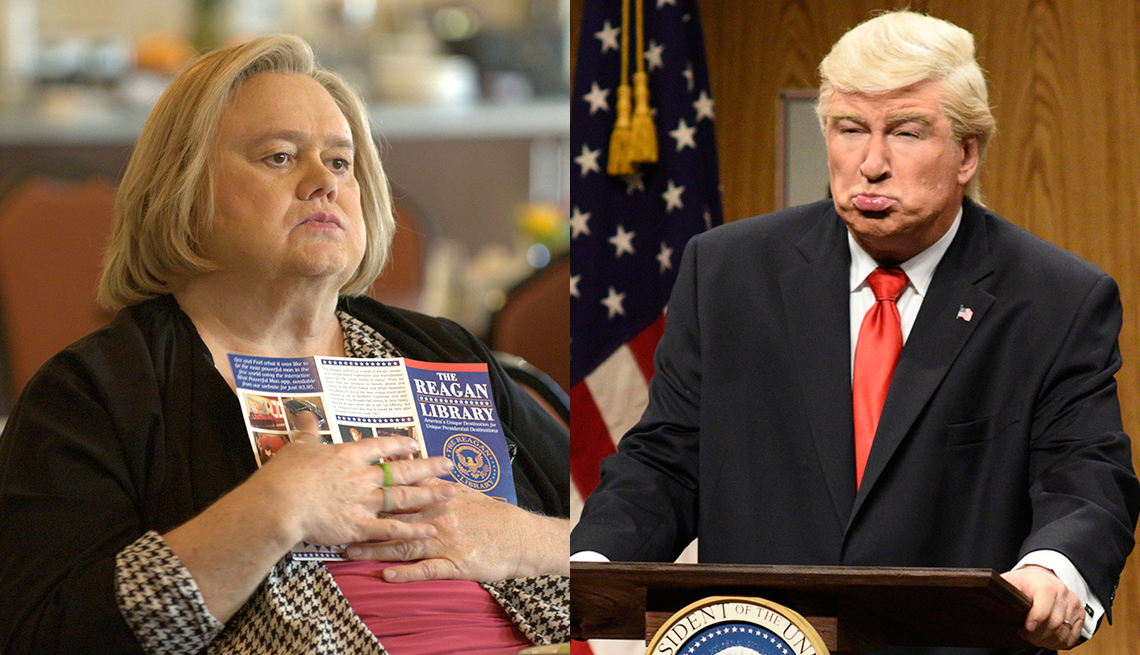 It could come down to Louie Anderson or Alec Baldwin for best supporting actor in a comedy.

Supporting Actor in a Comedy

Should win: Louie Anderson (for playing older and female and never playing for laughs)

Supporting Actress in a Comedy

Will win: Vanessa Bayer, because has SNL ever been better? Dimples can kill, comedywise. 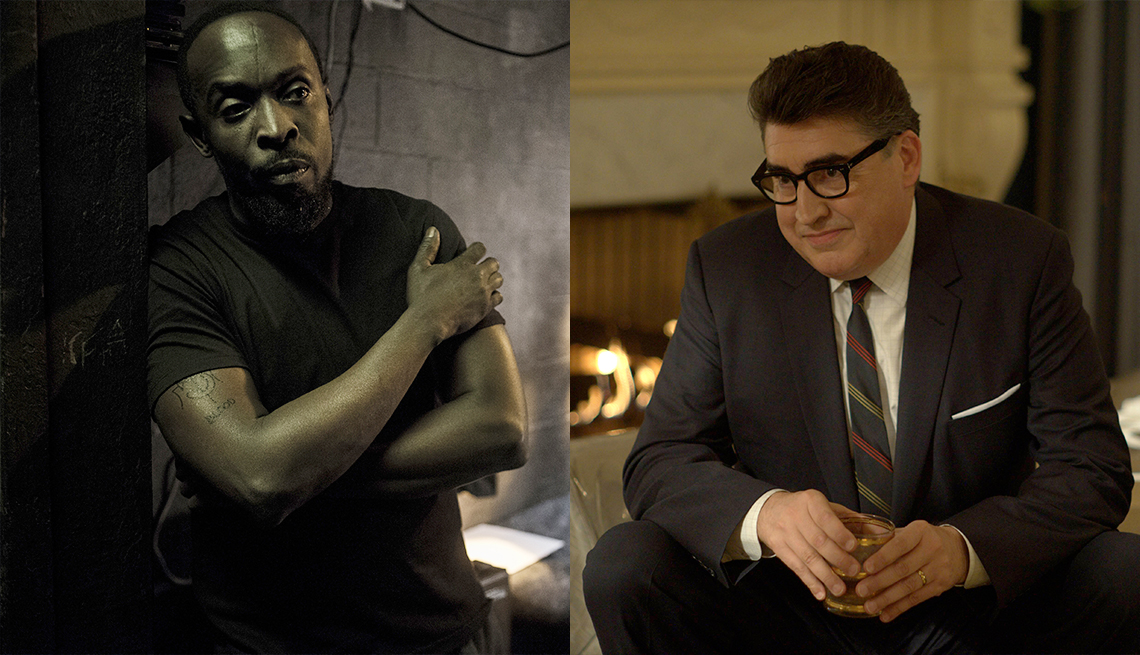 Michael Kenneth Williams and Alfred Molina are up for the supporting actor in a limited series or TV movie Emmy.

Supporting Actor in a Limited Series or TV Movie