If you spent last weekend devouring half a season of Downton Abbey, you're in step with the latest television trend: binge watching.

A recent Harris poll found that more than 6 in 10 TV viewers consume multiple episodes in one gluttonous stint. Millennial audiences are the most apt to binge, but about half of viewers over 55 also watch more than one episode of a show in a single sitting. The streaming service Netflix made entire seasons of its original shows House of Cards and Orange Is the New Black accessible at once, and Netflix spokeswoman Jenny McCabe says consumers can expect more of the same in response to growing demand.

Is such gorging on programming bad? Maybe not, says Pamela Rutledge, head of the Media Psychology Research Center in Boston. "We associate the word 'binge' with being out of control," she notes, but she sees binge watching as empowering: It allows viewers to watch TV the same way they might read a book. "Whenever choice is in the hands of the consumer, it's a good thing."

Look for bingeworthy shows on streaming services like Netflix, iTunes, Amazon, Hulu and the on-demand options of premium channels. Or by DVD box sets. Here, 10 shows we recommend. 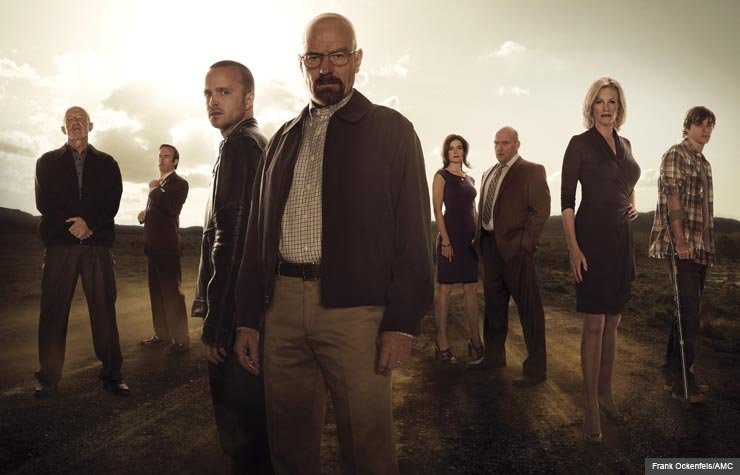 Talk about water-cooler talk. The fifth and final season of this AMC series finished in September, and viewers still are discussing the fate of murderous drug kingpin Walter White. The series, which first aired in 2008, stars a brilliant Bryan Cranston as a dying high school chemistry teacher who turns into a drug lord and Aaron Paul as Jesse Pinkman, his former student and now partner in crime.

Bingeworthy because: It's won a truckload of Emmys and the performances are almost as addictive as the crystal meth that White and Pinkman cook up and sell. 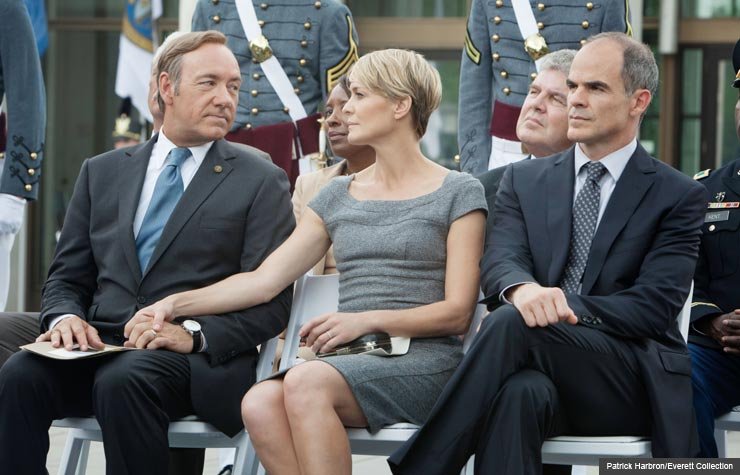 This 13-episode series was created by Netflix to be released all at once, encouraging binge watching, for sure. Season 2 isn't out yet, so you need to watch just the first season to get up to speed with the politically charged plot that feeds on current frustrations over the goings-on in our nation's capital. Kevin Spacey won an Emmy nod for his conspiring Majority Whip Francis Underwood, who stops at nothing to move up the political food chain.

Bingeworthy because: It's a campy, cynical, entertaining look at politics, with master actor Spacey at the helm. And Robin Wright's performance as the tightly wound Claire Underwood is scarily perfect. 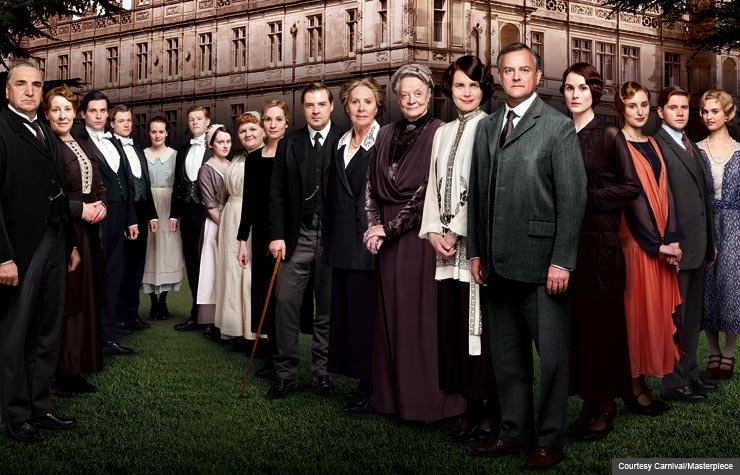 The cast of "Downton Abbey."

This early 20th-century, English countryside drama, shown on PBS's Masterpiece, follows the surprisingly interesting lives of the super-rich Crawley family and the household staff that's devoted to the Crawleys' comfort. Season 4 doesn't begin until Jan. 5, so there's time to watch the first three (each has only seven or eight episodes) — particularly if you cram all your viewing into one weekend.

Bingeworthy because: When it's on the air, everyone talks about it; Maggie Smith's zingers, delivered with high arch, are entertainment enough; and while there are elements of soap opera, it's on PBS, so even a couch-bound binge viewer feels vaguely highbrow. 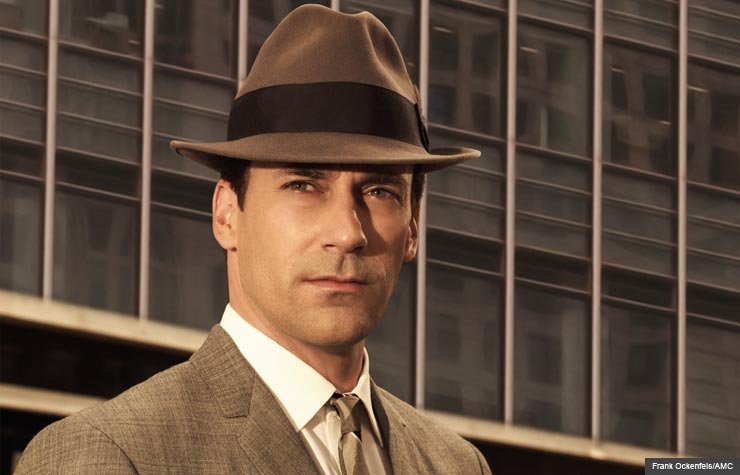 The seventh and final season of AMC's award-winning period drama airs next year, so get going on the first six seasons now. Set mainly in the world of New York advertising, it focuses on the troubled Don Draper (Jon Hamm), a man who assumes the identity of a dead G.I. and then insinuates his way into the advertising business.

Bingeworthy because: Hamm gives a knockout performance and the sets are so pitch-perfect you'll feel you're reliving your life in '60s and '70s America. 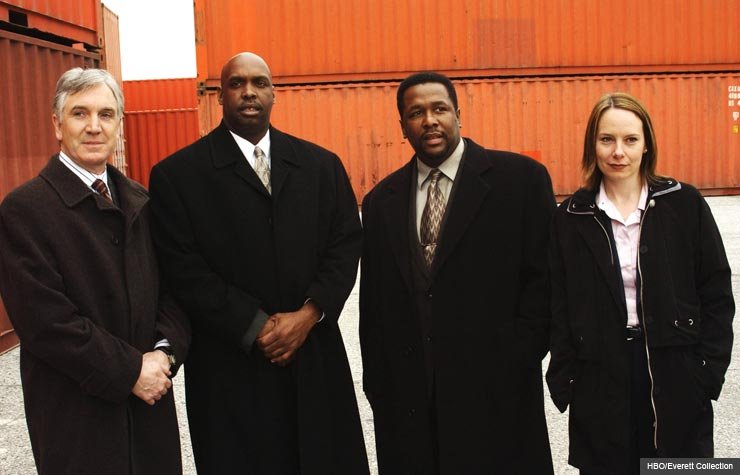 This five-season HBO crime drama — and we do mean drama — that ran from 2004 to 2008 (60 episodes) is considered by many industry critics to be the best TV series ever created. It's not always easy to follow, but writer David Simon, who also penned the NBC series Homicide: Life on the Street, worked for years as a Baltimore Sun reporter, and his insider knowledge gives the show uncanny realism.

Bingeworthy because: It offers a mesmerizingly graphic portrayal of urban life from the viewpoints of the city's police, politicians, journalists, poor families and criminal element. 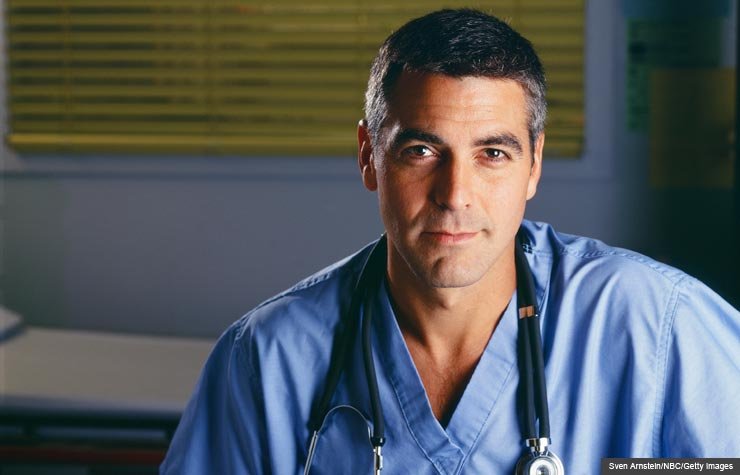 It's the longest-running medical prime-time drama in TV history (1994 to 2009 on NBC) and the drama that made George Clooney a household name. Set in a fictional Chicago hospital, it's a timeless inside look into what makes such a place tick, and that's largely the people who work there. Yes, there are more than 300 episodes to savor, but you can't overdose on nostalgia, can you?

Bingeworthy because: There's Clooney and Julianna Margulies before she was The Good Wife, and Noah Wyle before Falling Skies, and a hit parade of guest stars including a touching appearance by the late Rosemary Clooney, George's aunt. 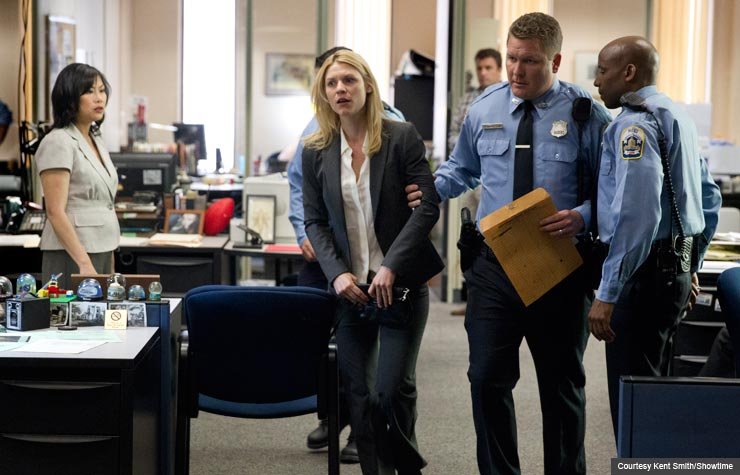 Season 3 of Showtime's Emmy-winning drama kicked off in September and stars Brit actor Damian Lewis as Marine Sgt. Nicholas Brody, a war hero/potential terrorist, and Claire Danes as bipolar CIA officer Carrie Mathison, who is both chasing him down and in love with him. It's complicated.

Bingeworthy because: It feels relevant in post-9/11 America. If you like edge-of-your-seat thrillers, this series has enough dramatic urgency to keep you right there for hours at a time. 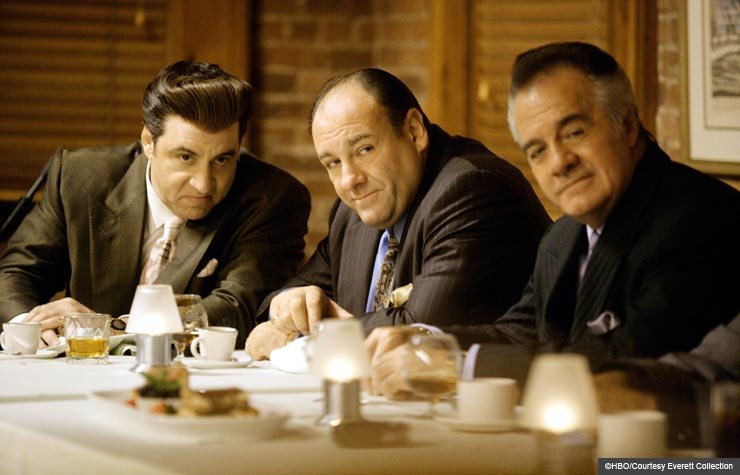 Set in the violent world of New Jersey-based mobsters, HBO's six-season series ended, controversially, in 2007. It focused on the sometimes morally ambiguous but usually flat-out criminal dealings of mob boss Tony Soprano, and featured his fellow wise guys and colorful family, including Edie Falco as his wife, Carmella.

Bingeworthy because: It's a pop-culture landmark, a status cemented by the outstanding performances of the late James Gandolfini as Tony Soprano; the fact that Gandolfini makes his character sympathetic and appealing demonstrates the immense talent he had. Falco is truly convincing as the conflicted spouse. 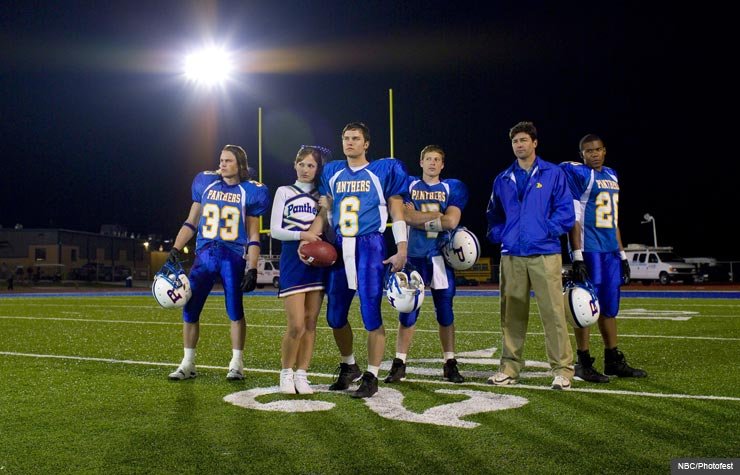 Based on the book and film of the same name, the five-season series, which wrapped in 2011, centers on a high school football team in the fictional small town of Dillon, Texas, but it's the players, their families and the challenges they face that give it heft.

Bingeworthy because: Kyle Chandler, who plays Coach Eric Taylor, and Connie Britton, who plays his wife, bring depth to their characters and heart to the show by portraying a marriage and a deep caring for community that will make you want to go live there, preferably with them. 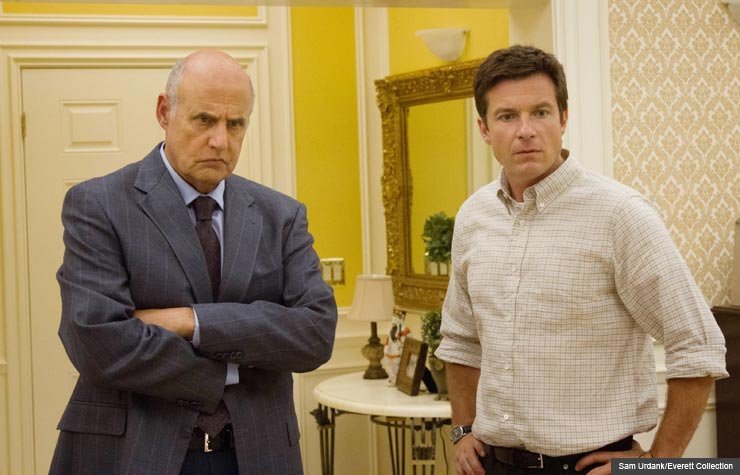 The FOX network's three seasons of this sitcom (2003-2006) starring Jason Bateman, Jeffrey Tambor, Will Arnett and Portia de Rossi centered on the once-wealthy but always dysfunctional Bluth family. It was canceled but, to its rabid fans' utter delight, has been revived by Netflix, which served up 15 new and hilarious episodes in May.

Bingeworthy because: Fans and many critics count it among the funniest sitcoms ever to appear on TV. Once you watch a few episodes, the obscure jokes and weird asides start to make sense and you become an insider. Then you'll be forever hooked.

Carol Memmott is a celebrity profiler and book reviewer whose work has appeared in USA Today, People and the Chicago Tribune.