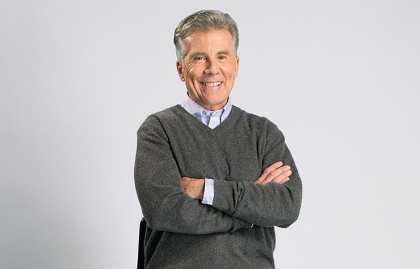 John Walsh, creator and host of "America's Most Wanted."

Fueled by grief, Walsh and his wife, Revé, led efforts to raise awareness about child abductions and establish the National Center for Missing & Exploited Children (NCMEC), which opened in 1984.

Walsh, now 67, created TV's America's Most Wanted in 1988. Two decades later, Adam's killer was identified as drifter Ottis Toole. (Watch the video at the bottom of this page to learn more about John Walsh and Adam's story.)

The victim-turned-crime fighter sounds off on capturing bad guys and keeping our nation safe.

It's in our DNA not to bury our children — no matter their age. The scar cracks open at birthdays or Christmas or when you look at pictures. You try to fight back, to work, but you feel like you've been hit by a train — and then you function.

The End of the Story

When Adam's case was finally solved, it closed that chapter completely for my wife, Revé, and me — and that's huge. We know that Ottis Toole, a horrible serial killer and pedophile, killed our son. He died on death row awaiting execution for another crime.

I have three beautiful children who never met Adam. I say that Meghan, our 30-year-old, saved our lives, being born a year and a half after Adam was murdered. We also have sons — 28-year-old Callahan and Hayden, who's starting college — and a granddaughter, Ava, whom I adore.

After Adam's murder, when I was suicidal, Revé answered all these letters from people. "My child's a runaway." "I was molested by my stepfather." She was the one who started the National Center for Missing & Exploited Children. She raised our children while I've been out trying to catch the Ottis Tooles. When I come home, she's that rock.

The first guy we profiled on America's Most Wanted was David James Roberts, who'd escaped from prison, where he was serving six life sentences for murder, rape and kidnapping. He'd been at large for a year and a half. Four days after the show aired, we caught him: FBI Top 10 fugitive. He was running a homeless shelter on Staten Island. Twenty-five years later, we've caught 1,200 fugitives and brought home 60 missing kids.

I've always believed that one of the best ways to reduce crime is to be street-smart and proactive.
Be aware.

Talk to your kids about the Internet. We've got an unsolved murder of an 11-year-old boy who got on Facebook and let a creep in his house who raped and murdered him. When Rupert Murdoch owned Myspace, he bought software and got 90,000 convicted sex offenders off the site, but they're still on other sites.

I am for the right to have guns. I'm a gun owner. But nobody needs to own an AK-47. They say these assault rifles are great for hunting. You can't hunt game with an AK-47. And if you're a responsible gun owner, why wouldn't you go through a background check? The only people who don't want background checks are fugitives, tax dodgers and terrorists.

Meg Grant is the West Coast editor of AARP The Magazine.

JOHN WALSH: The America’s Most Wanted host reveals what saved him from suicide.