Wacky and Wonderful Grammys Looks Throughout the Years 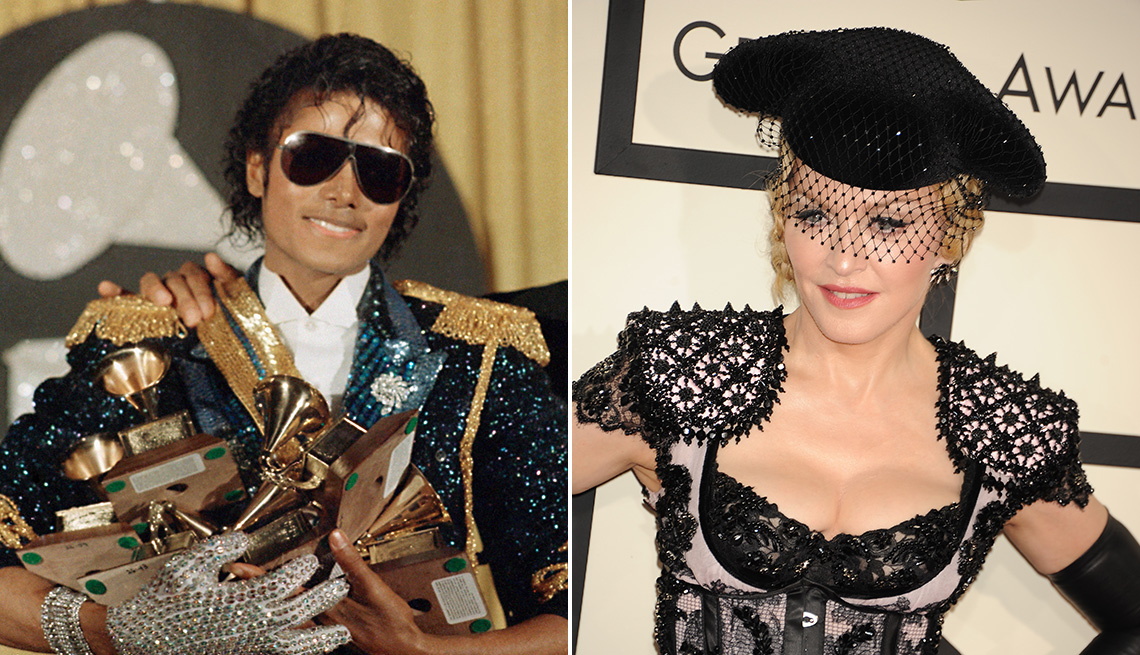 Music’s biggest night has always been known for its over-the-top stunts (Lady Gaga arriving in a pod) and cutting-edge looks (J.Lo’s cut-down-to-there gown).

In advance of the awards show’s milestone 65th anniversary — which airs Sunday, Feb. 5 at 7 p.m. ET on CBS — here’s a look at some of the most talked-about style moments from years past. And make sure to check back here for all of our post-Grammy coverage. 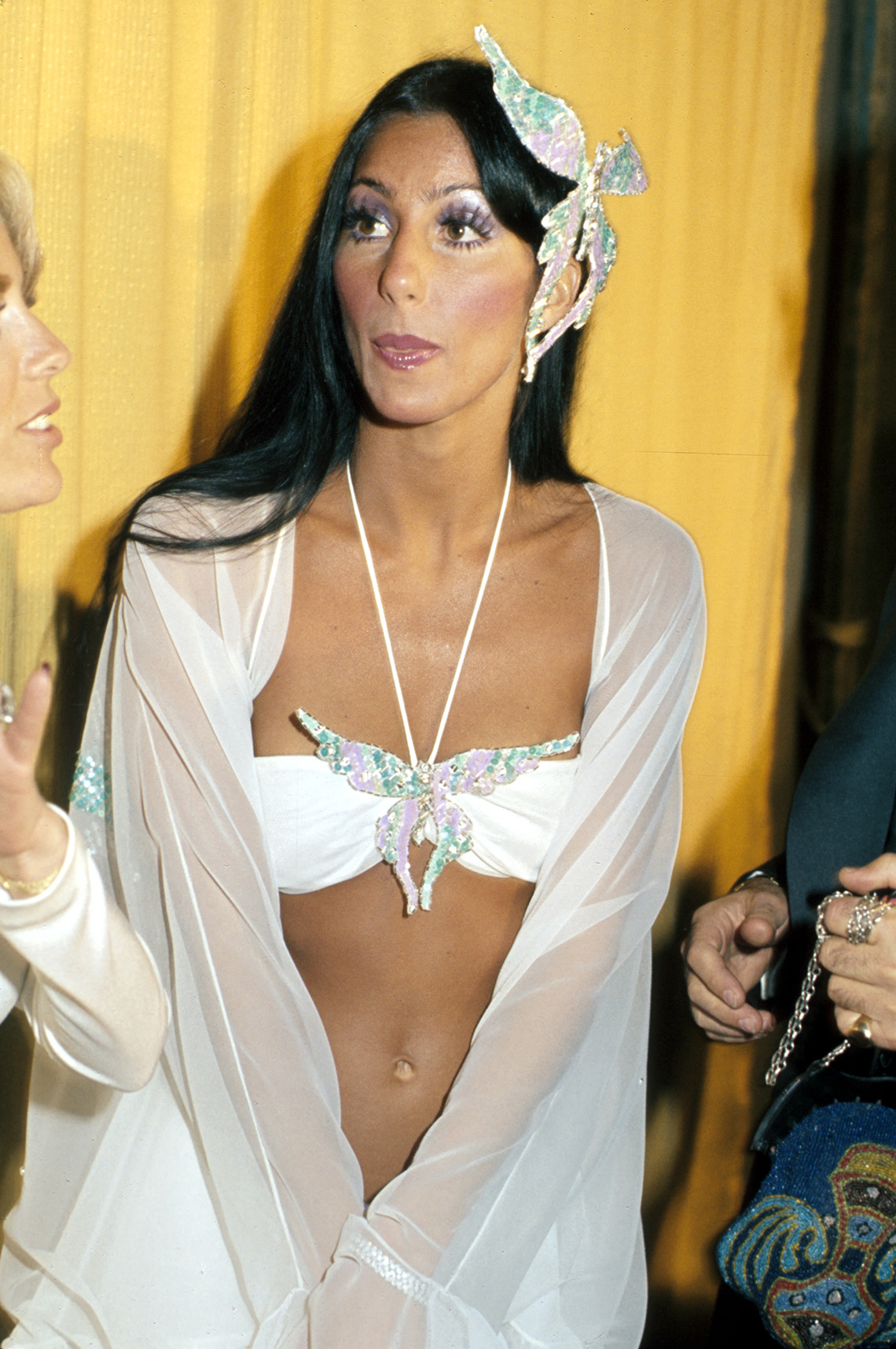 The original over-the-top style icon, Cher never disappoints. At the 1974 Grammys, the singer wore a sheer flowing top, harem pants and a bikini-style bandeau adorned with a sequined butterfly. To crown the look, a matching butterfly clip held back her long jet-black locks. 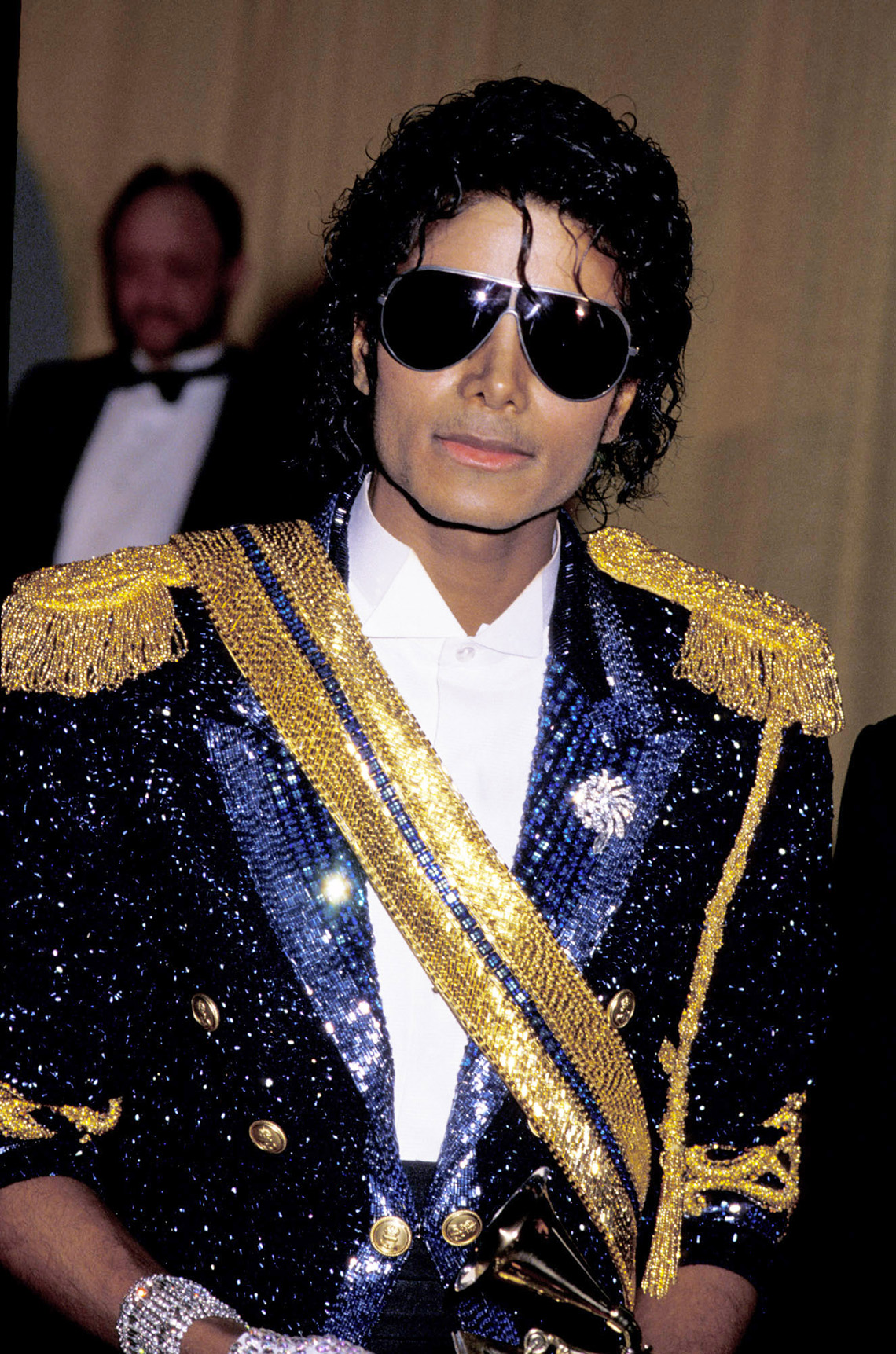 The King of Pop drew attention — and, at the time, a record-breaking eight awards — at the 26th Grammys. Jackson wore a military-style sequined jacket with epaulets, aviator glasses and his signature white glove (sequined, of course). 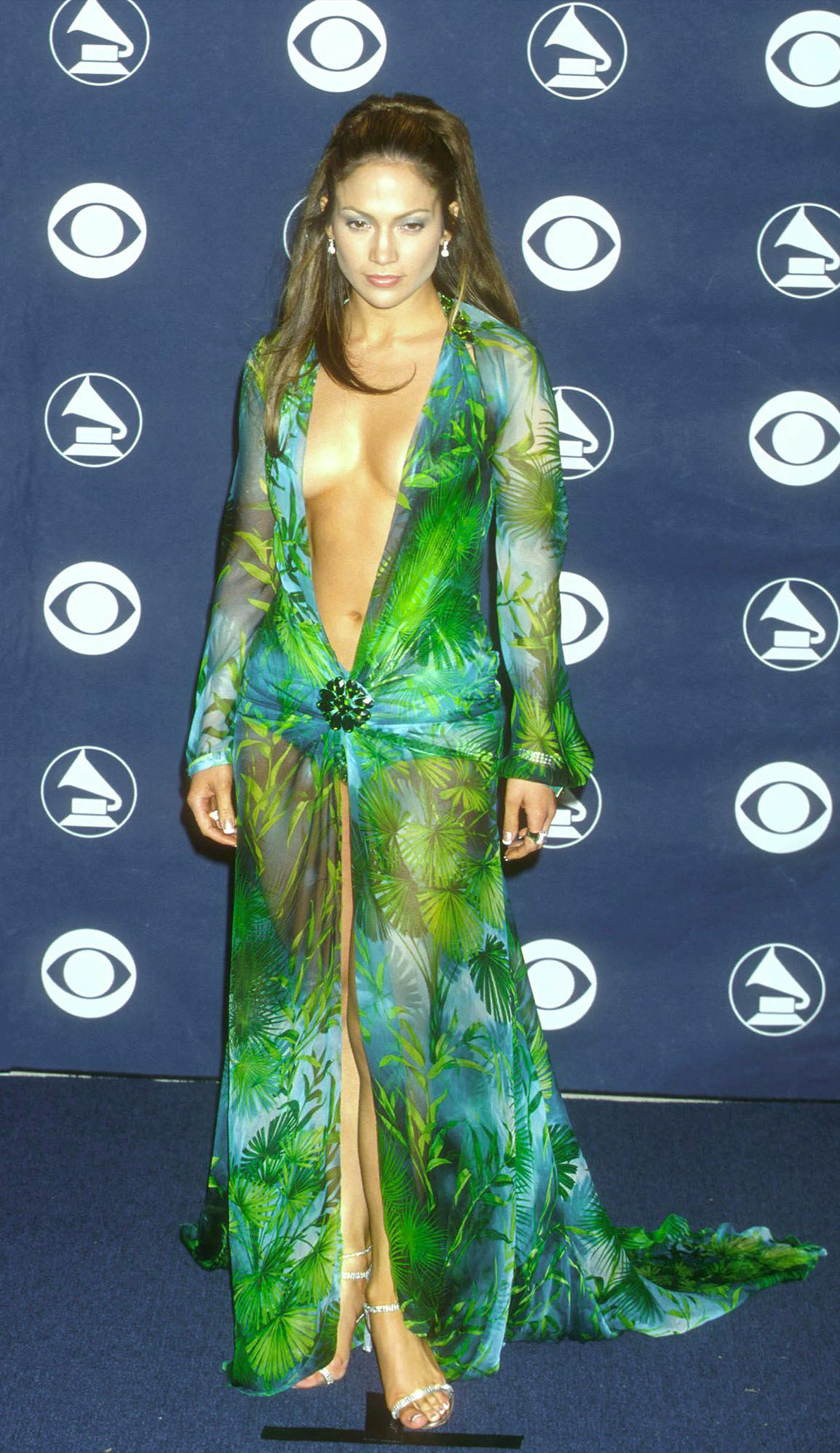 When it comes to top award show style moments, Jennifer Lopez’s jaw-dropping Versace gown worn to the 42nd Grammys wins hands down. The sheer emerald chiffon number that plunged open to below her navel made headlines around the world — and changed red carpet fashion expectations forever. 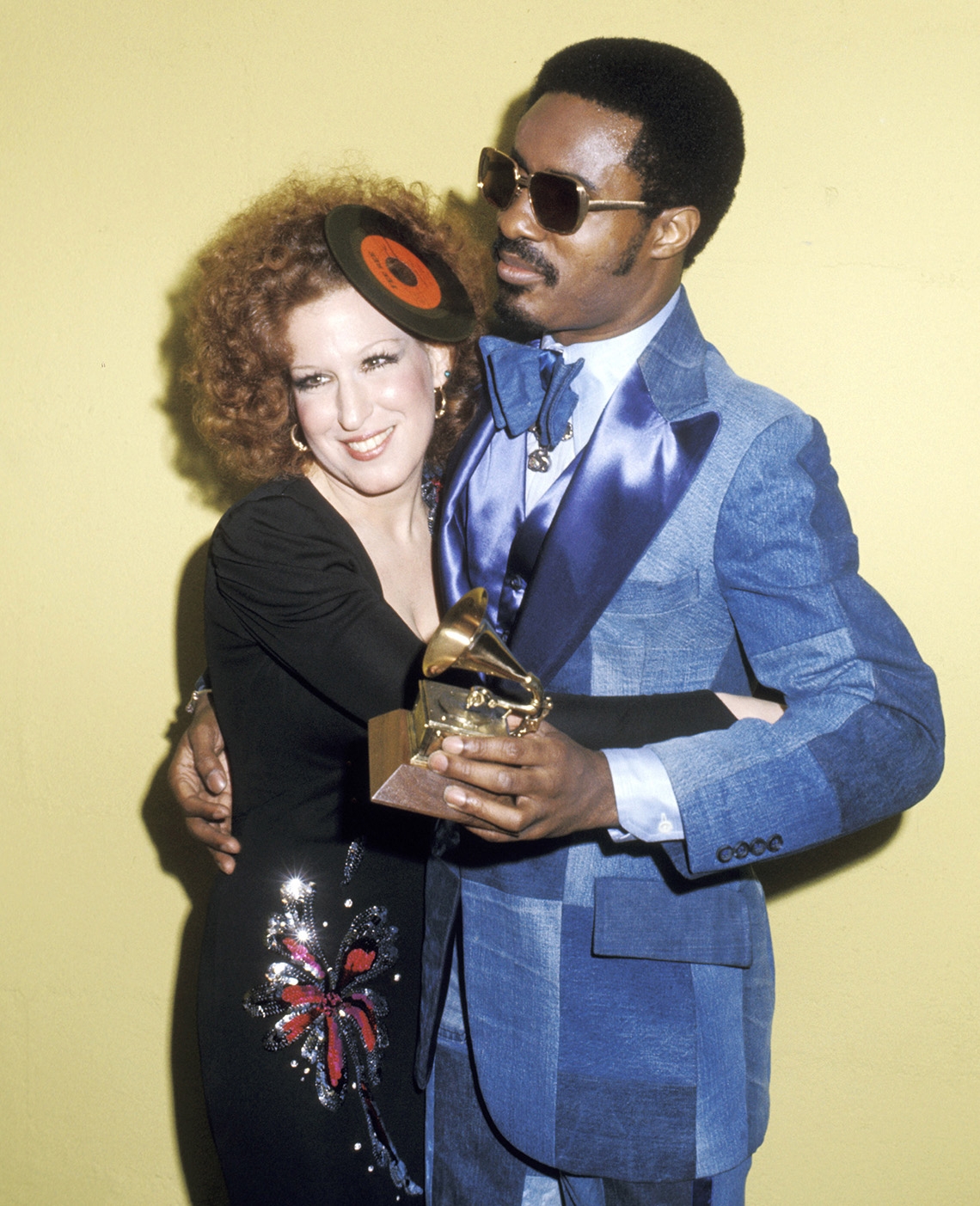 Even in 1975, Bette Midler understood the assignment. At the 17th annual awards show, the Divine Miss M wore a classy black sequined gown with an actual 45 record —“ ‘Come Go With Me’ by the Del-Vikings,” she announced — as a hat. 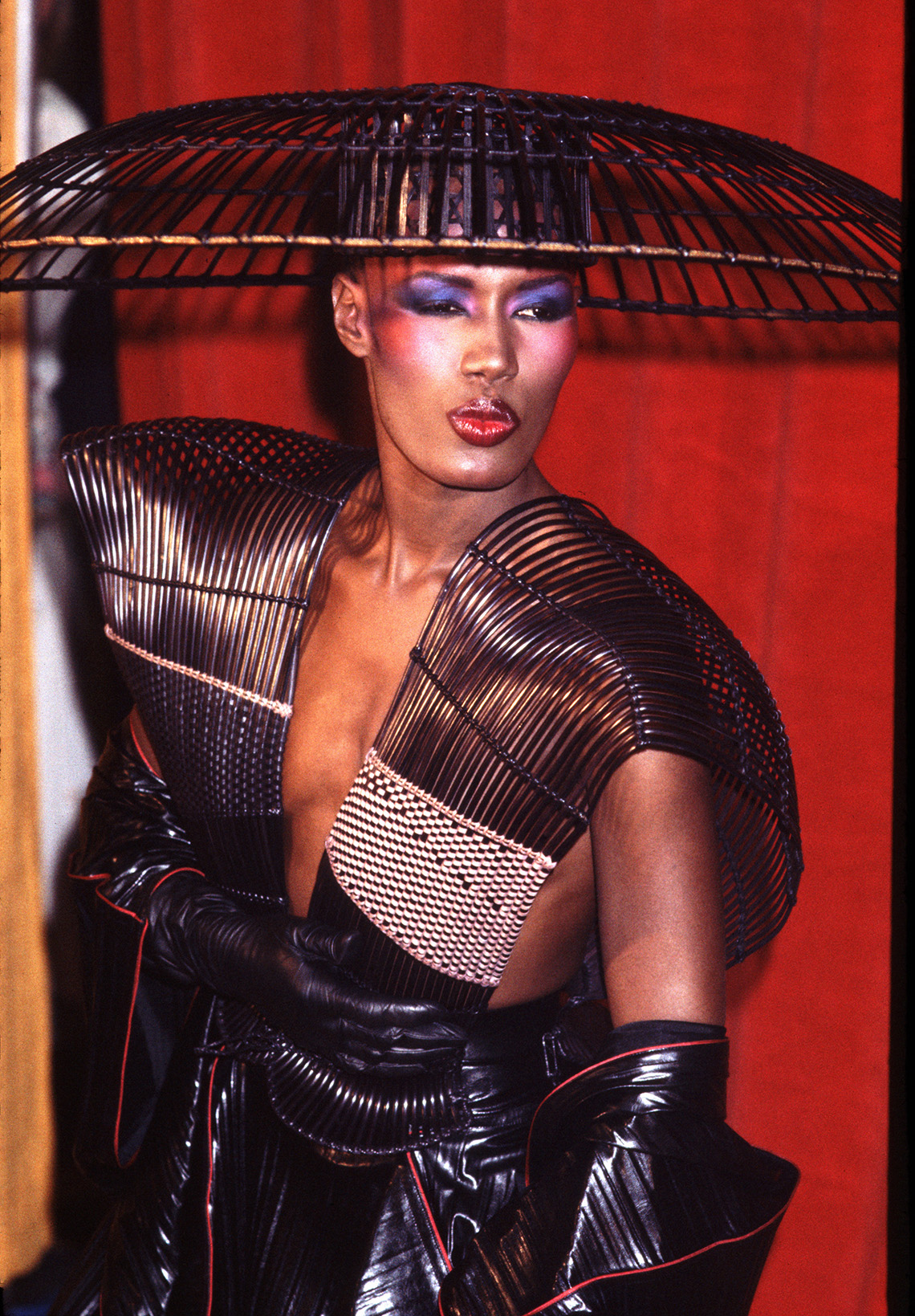 Grace Jones brought her avant-garde style to a new level at the show’s 25th anniversary. The “Slave to the Rhythm” singer donned a black Issey Miyake leather dress with an umbrella-shaped hat accented by bold futuristic makeup. 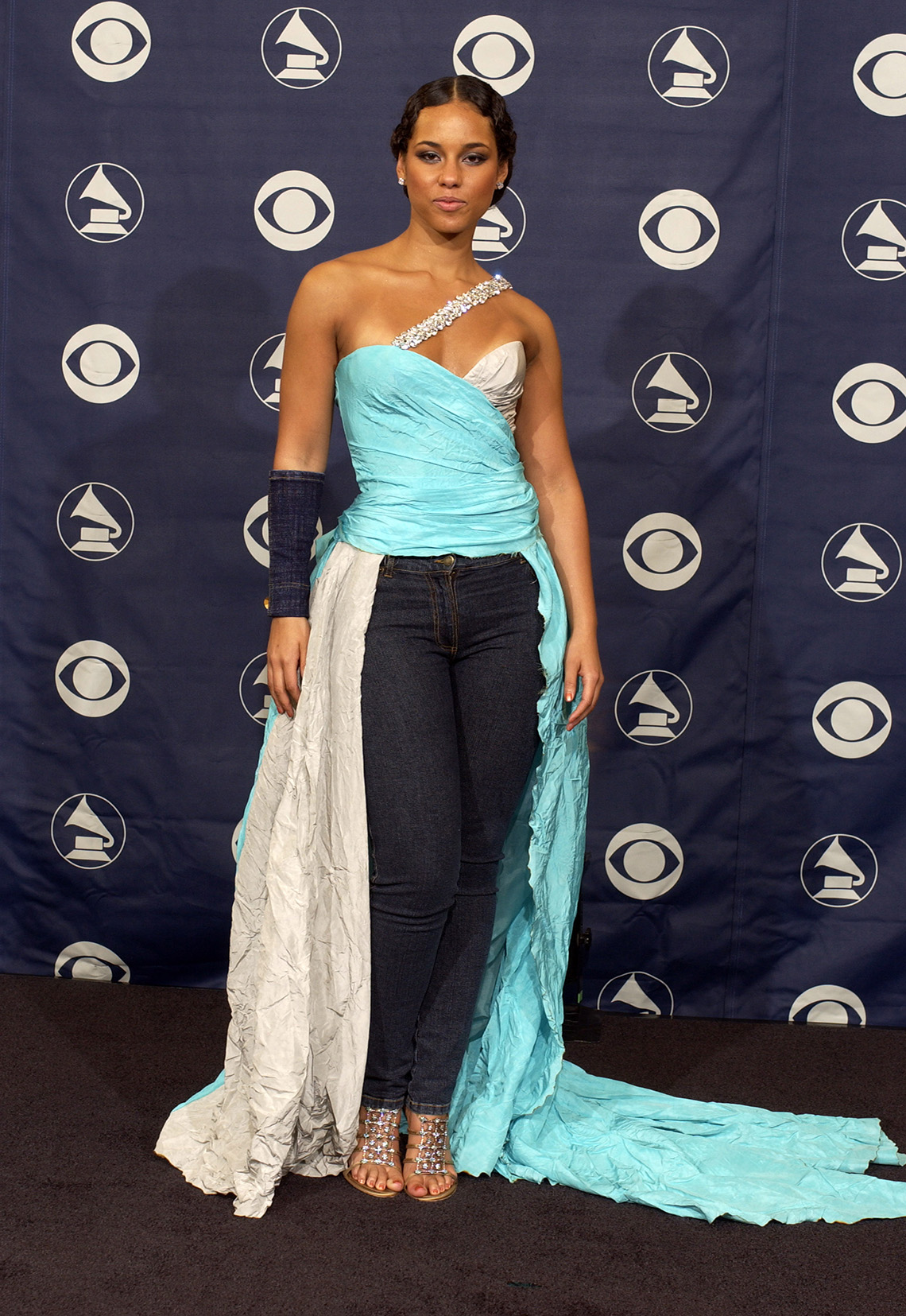 Keys gave new meaning to “dress-casual” at the 2004 Grammys. For the 46th show, the “Fallin’ ” songstress wore a fancy flowing gown-style top paired with casual jeans and high heels. 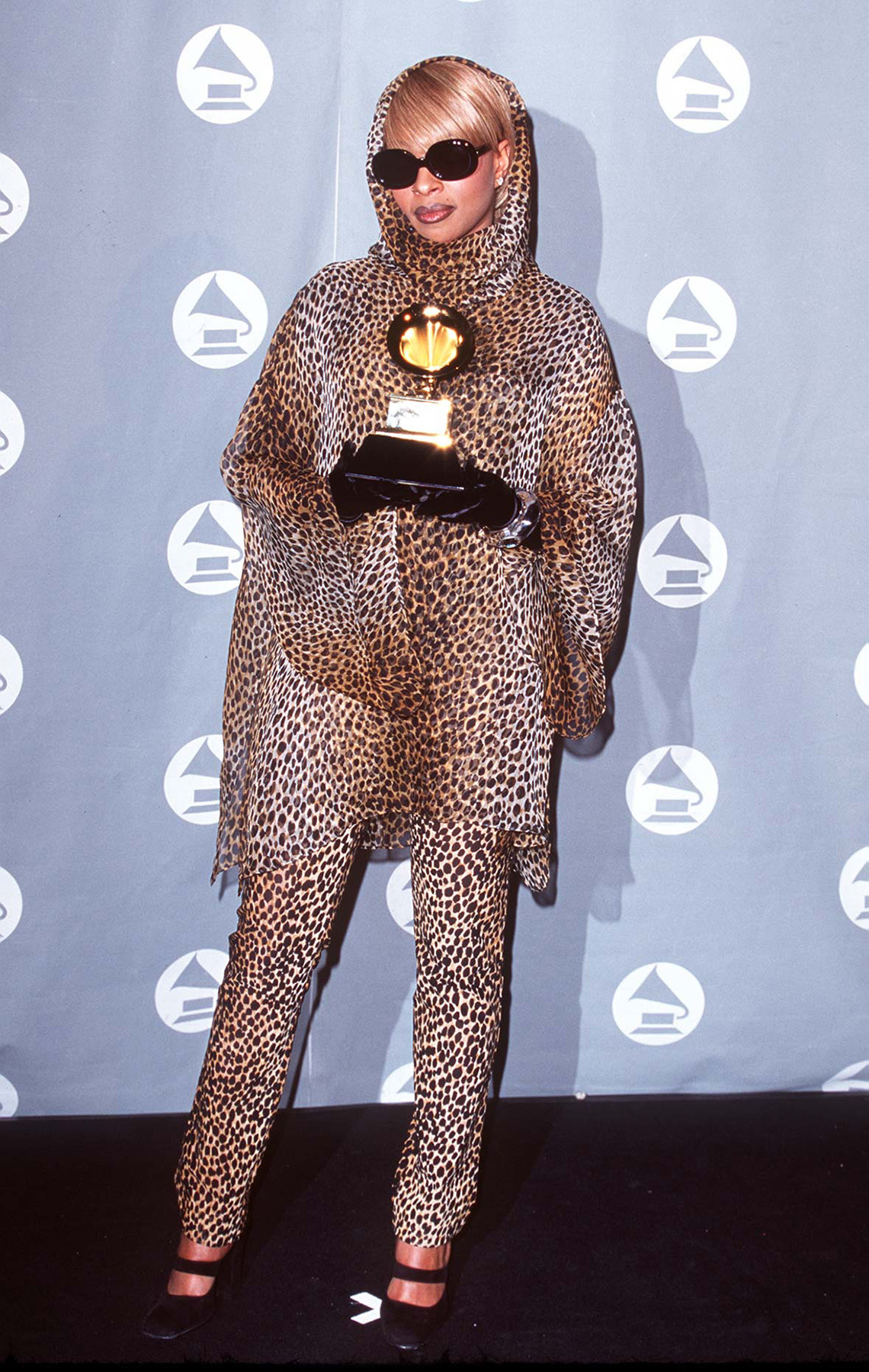 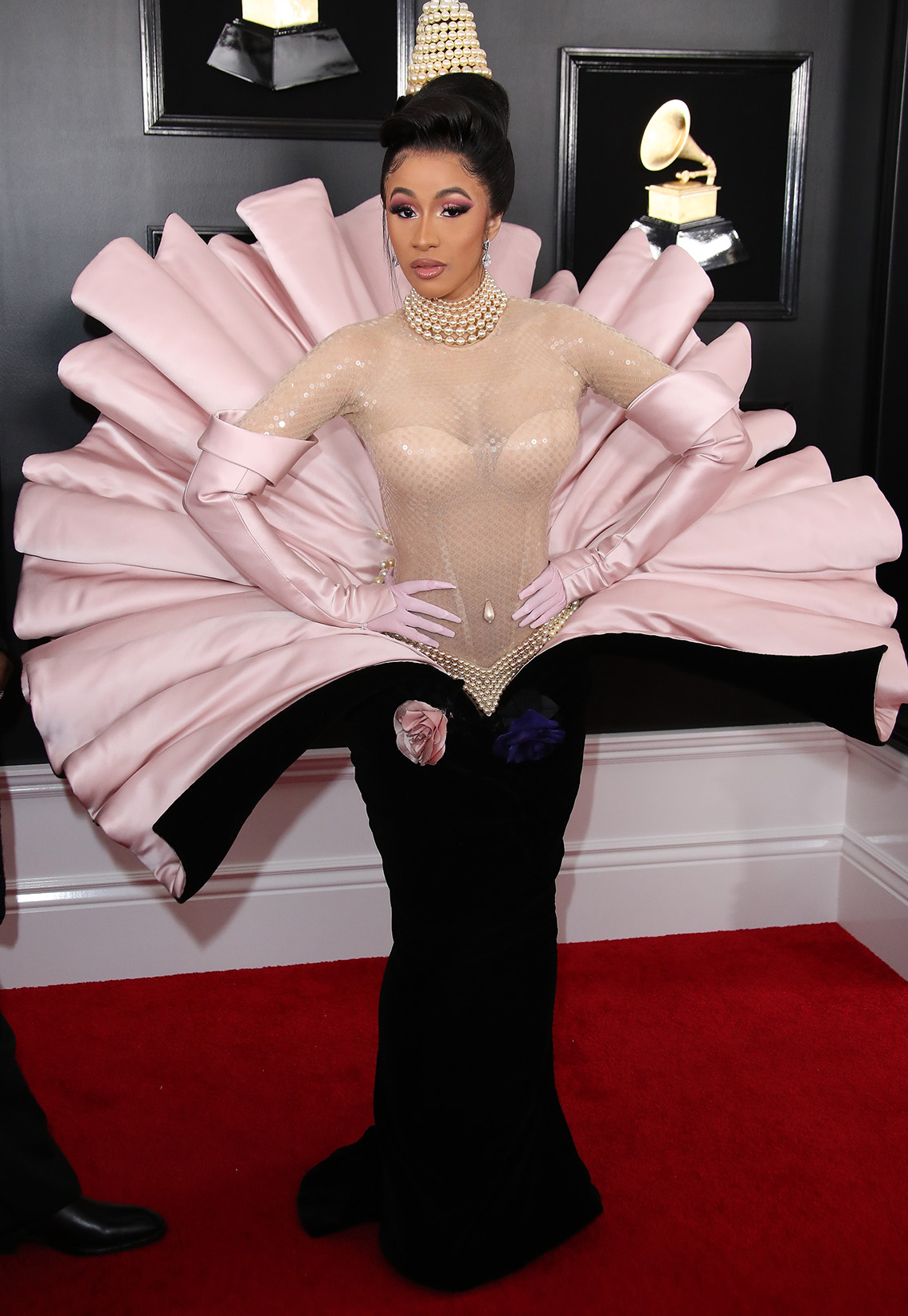 Remember when Icelandic artist Björk wore a swan dress to the 2001 Academy Awards?

Well, Cardi B one-upped her in this vintage Givenchy number. The rapper hit the Grammy red carpet dressed as a human pearl in Mugler Couture’s pink satin and black velvet Venus oyster shell ensemble, topped with a pearl “hat.” 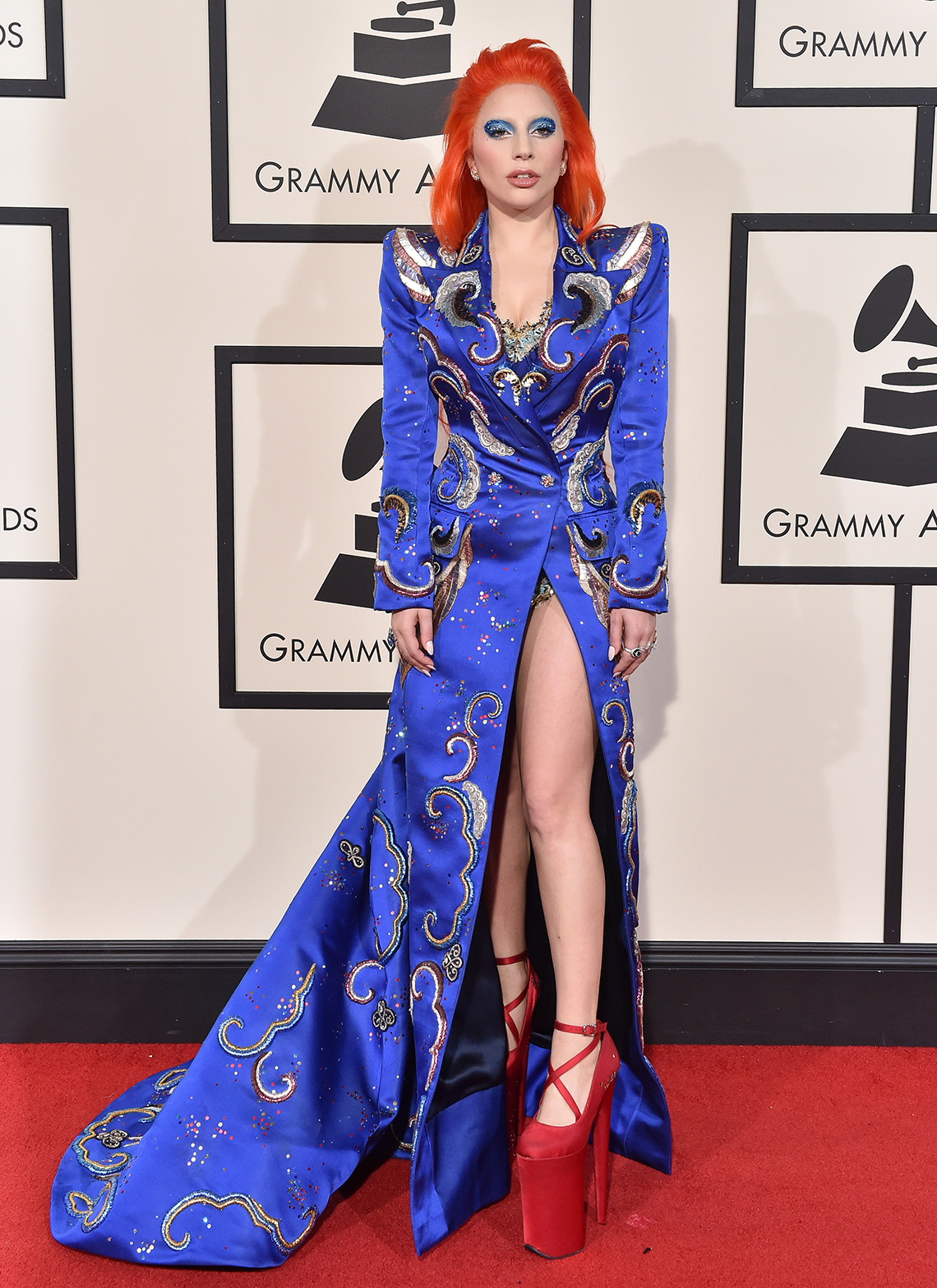 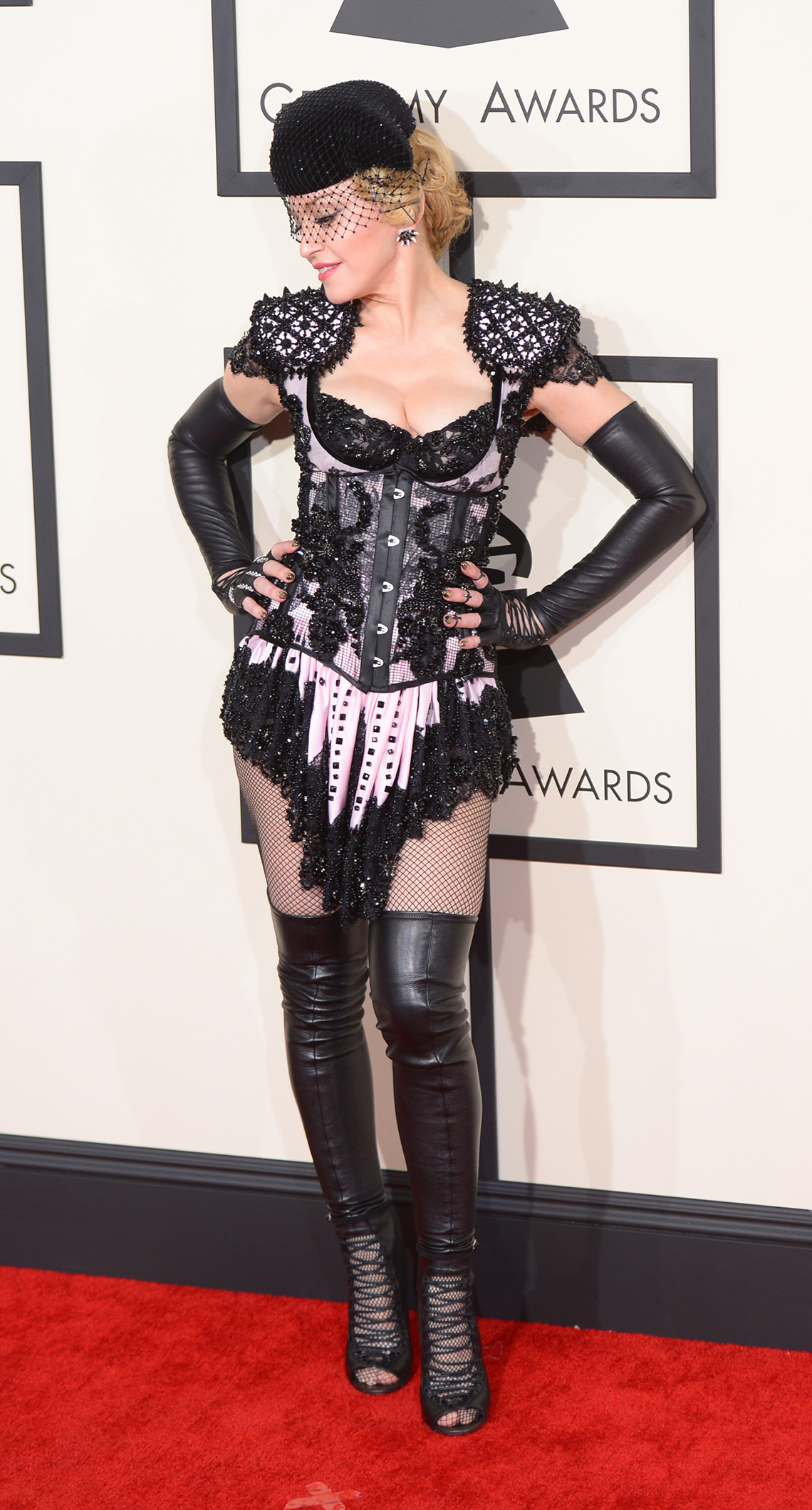 The Material Girl channeled a well-dressed matador at the 57th Grammys with a custom black-and-white Givenchy bustier dress, fishnet stockings and chic veiled hat. The megastar pushed the envelope even further with over-the-knee black lace-up boots complete with nail heels.

Nancy Kerr is a senior writer and editor of features content for AARP. Prior to joining the organization, she was the editor of special projects for USA Today; a senior editor for the USA Weekend magazine; an assistant managing editor of digital content at The Washington Post and the director of women’s programming at America Online. 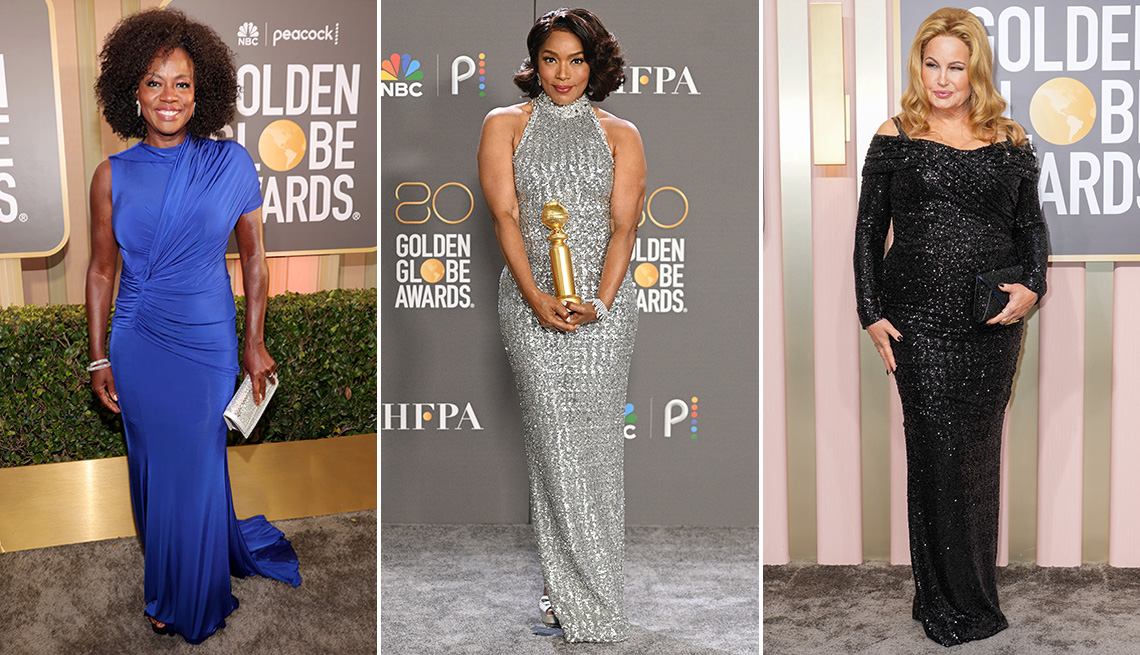 Viola Davis, Jennifer Coolidge and Angela Bassett turned on the glam at the annual awards show 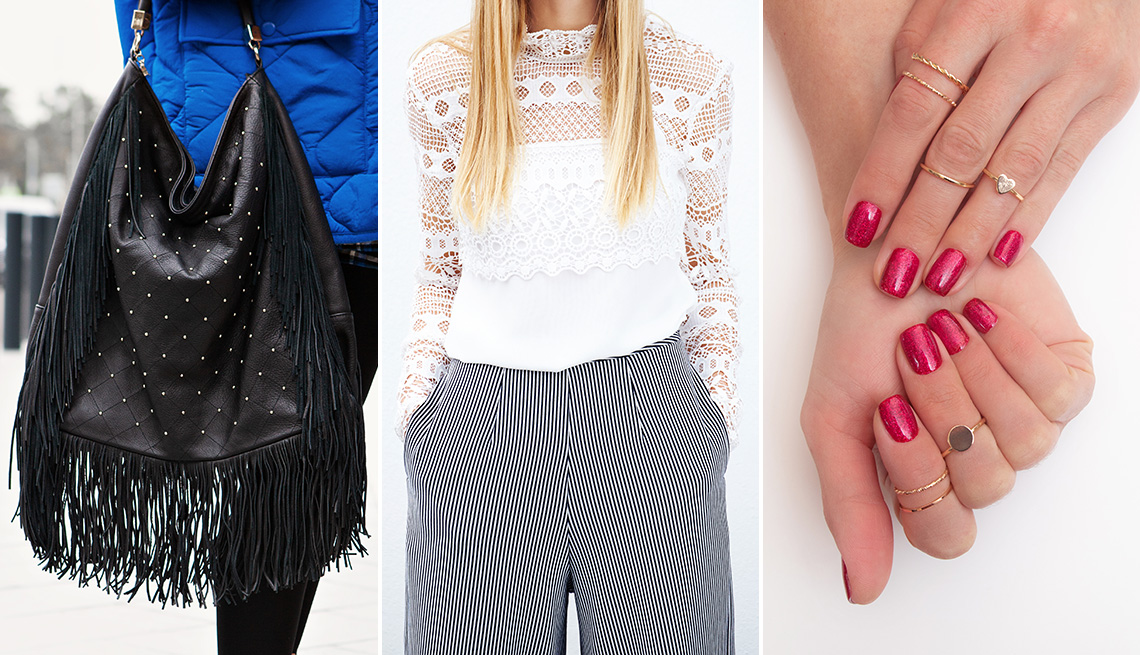 Start off the year with a little something new 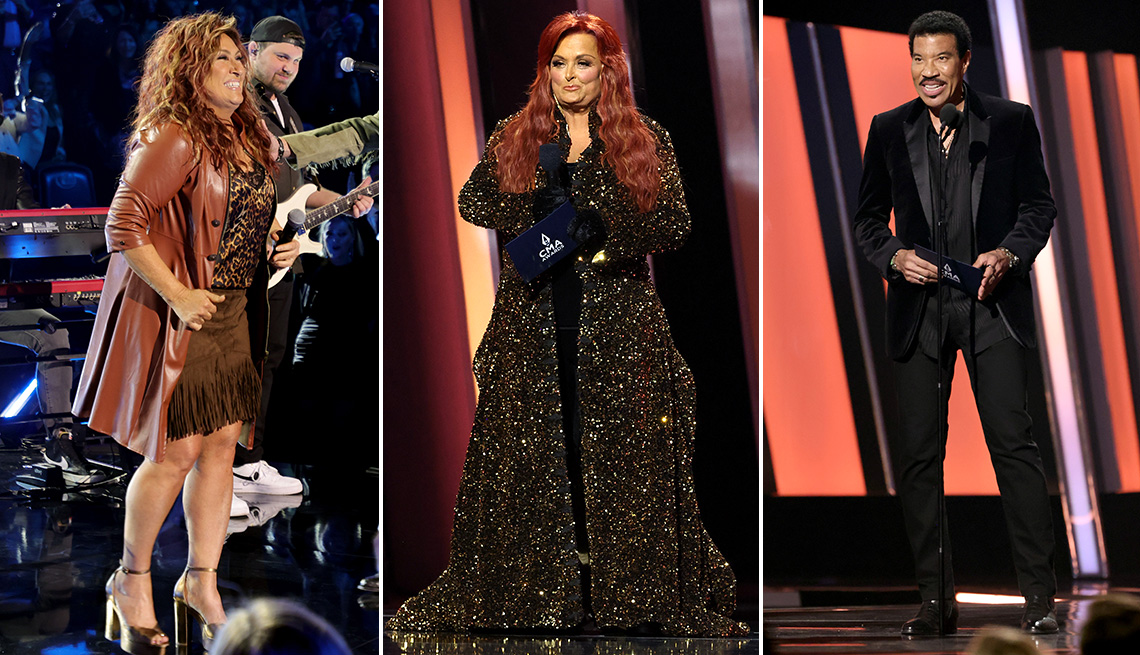 Best-Dressed Stars Over 50 at the Country Music Awards

Jo Dee Messina, Wynonna and Lionel Richie brought their A game to the all-star event