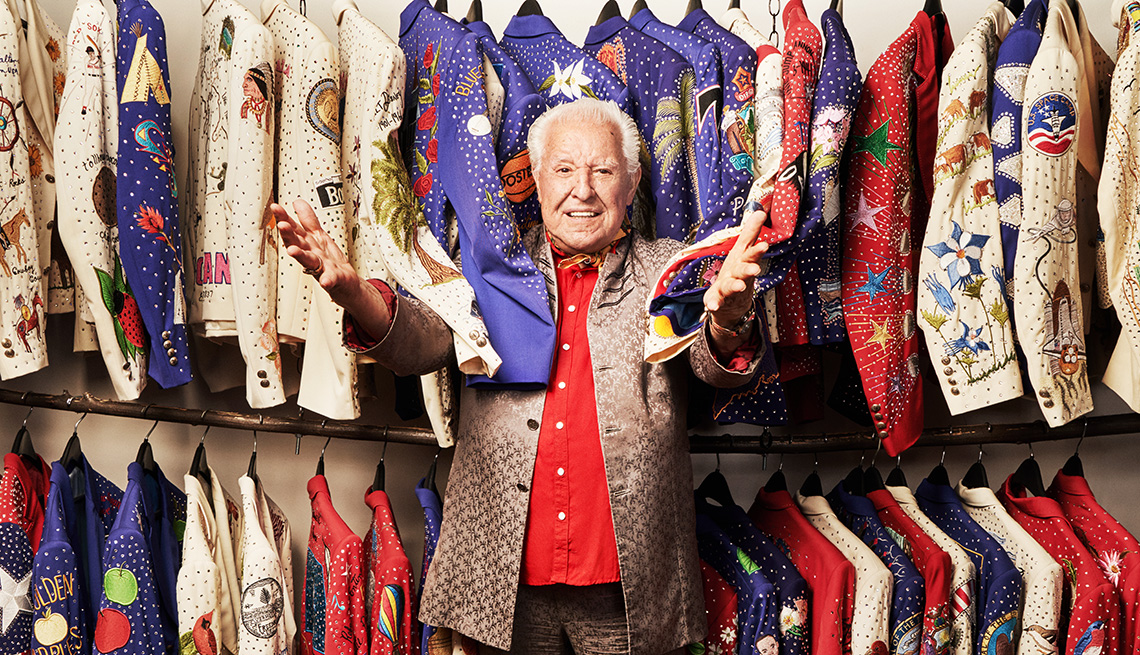 En español I started making my own shirts and pants in Mexico when I was 7 years old. Then I learned how to make coats and dresses and stuff like that. I learned shoemaking, boot making. So I have never bought anything from any store ever since.

In 1951, while I was visiting my sister in Los Angeles, I saw a sign that said “Pants Maker Wanted” and applied for the job; it paid a dollar an hour. In those early years, I worked for several different tailors, including Sy Devore, known as the tailor to the stars. The first clients who came in for fittings while I worked for him included Bob Hope, Frank Sinatra and Johnny Weissmuller — Tarzan!

"Fashion is what hangs on a rack ... But what’s in your closet, that’s your style."

At one point I met a beautiful model who changed my life when she took me to the Rose Parade in Pasadena. I saw the equestrian units with their flamboyant embroidery and sequins and asked, “Who does this elegant stuff?” It turned out to be a woman named Viola Grae, and I went to work for her and learned the embroidery business.

One day she introduced me to film costume designer Edith Head. So then I started doing movies. I dressed James Dean in Giant. I also created the look for Clint Eastwood in those spaghetti westerns. He was supposed to be a man from nowhere. What do you do with him? He’s not a cowboy from Texas; he’s not a rancher from Colorado. I put him in a poncho made from an American Indian blanket. I dressed James Arness on Gunsmoke for 11 years, did Bonanza for 14 years, The Big Valley for four years. And musicians: I dressed Elvis Presley, Michael Jackson, the Jackson 5, the Osmond Brothers, Bob Dylan, the Rolling Stones, Prince, David Bowie, Lady Gaga. So many people from all over the world.

Eventually, I moved to Nashville, Tennessee, because of the lifestyle here. I still dress people from everywhere, but they come to Nashville for my designs.

What I do more than anything is get into someone’s personality. I get to know how people talk, how they walk, how they express themselves. It’s a collaboration. My artwork that goes on their body is what I feel. 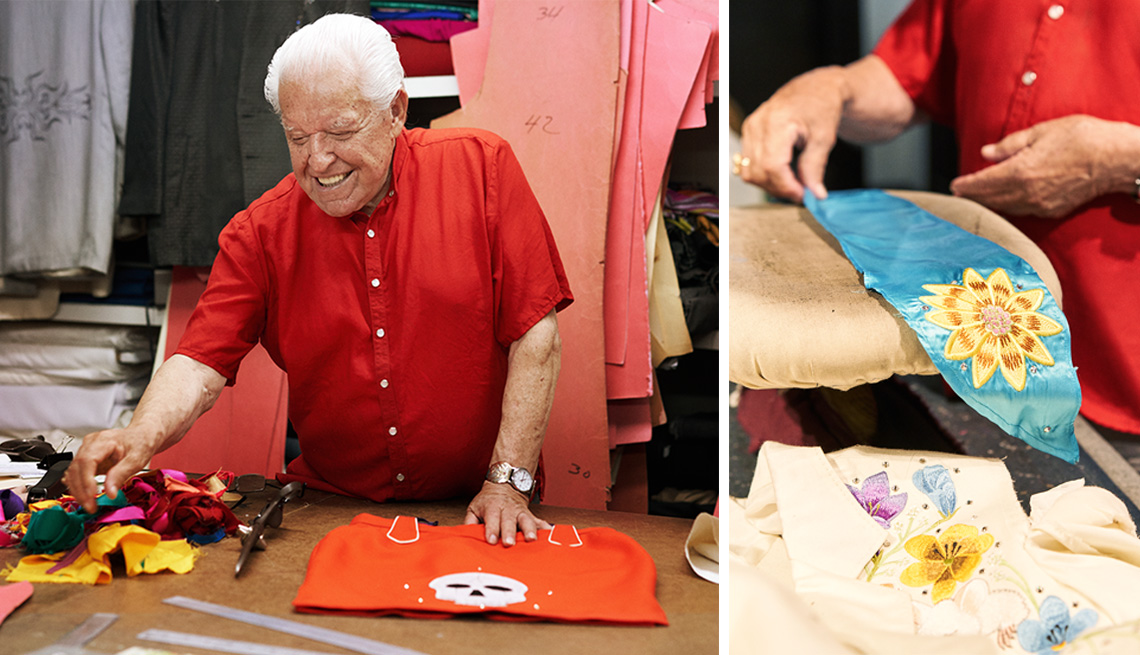 Johnny Cash was my friend for many years. I dressed him in black because I knew his personality. He had experienced lessons in life that gave him qualities of the “man in black.” Everything goes together. Dwight Yoakam has thin legs, so I enhanced that. I put him in snug leather jeans and short, spangled jackets. It’s about creating an image. When you see the shadow of that guy in black, you know it’s Johnny Cash. No eyes, no anything — you just know.

Fashion is what hangs on a rack: brand new, secondhand, antique, whatever. But what’s in your closet, that’s your style. Style is what reflects who you are.

And style is timeless, but I would be foolish if I didn’t accept what’s new. That’s what I’m doing every day of my life: new stuff. Every single day of my life, I design. Every night, I dream up new outfits.

I don’t share the names of many of my newer clients. I love them all and want them to be successful. I see them out there in the galaxy of stars. And everybody seems to be very happy in their own garb. They’re so different from one another. That’s what style is, don’t you think?

—As told to Pam Windsor