He Wears It Well: 10 Reasons Why Rod Stewart Is a Forever Rock Star

Plus, how to watch the legend in a live concert with AARP on March 25! 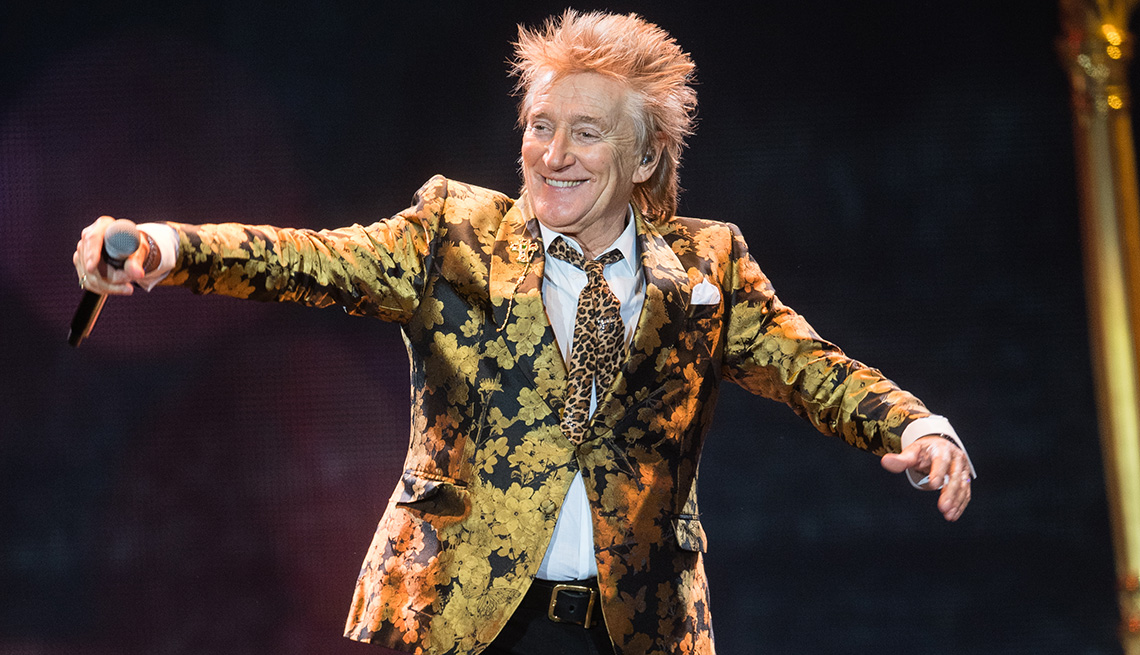 Few stars have embodied the cliché of sex, drugs and rock ’n’ roll with more gusto and good humor than Rod Stewart, famed for such hits as “Maggie May,” “Reason to Believe” and “Do Ya Think I’m Sexy?” There’s never been a dull moment for Roderick David Stewart, 77, who began busking with a harmonica in 1962, exploded to stardom with his third solo album, Every Picture Tells a Story, in 1971, and released his 32nd studio album, The Tears of Hercules, in November.

On Friday, March 25, at 8 p.m. ET, Stewart will perform LIVE in concert as part of AARP’s three-day AARP Celebrates You! virtual festival.

Stewart’s raspy voice, a whiskey-soaked croak flooded with emotion, set him apart from the start. James Brown called him the greatest living white soul singer. Rolling Stone enshrined him as one of the 100 Greatest Singers of All Time, and The New York Times called him “about the best male singer in rock, with a fervent, husky, plaintive tenor that he can phrase with real musicality.”

While he’s yet to tackle death metal or opera, Stewart has navigated a variety of genres with ease and defiance. Mastering rock, pop, soul and folk early in his career, he dabbled in disco, took a symphonic spin with 2019's You're in My Heart: Rod Stewart With the Royal Philharmonic Orchestra, and released five big-selling Great American Songbook collections. Acclaimed these days for his interpretations, his songwriting also wowed critics. “Nobody writes songs like Rod Stewart,” wrote critic Greil Marcus about the 1972 album Never a Dull Moment. “There is probably more affection, more truly authentic love in his songs than in the rest of the rock and roll scene put together.” 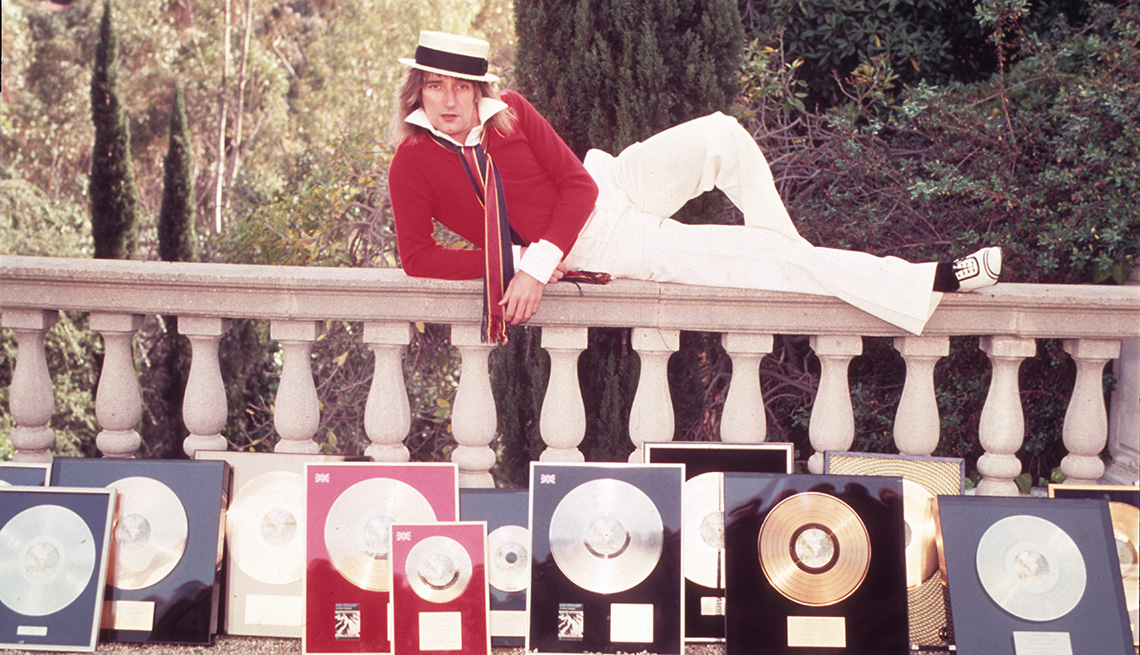 3. He’s solid gold on every level

Stewart has nailed superstardom. In 2001, he became the first artist to receive the Chopard Diamond Award for sales exceeding 100 million records. He’s sold more than a quarter billion records worldwide, generating 31 top 10 singles in the U.K. and 16 top 10 singles in the U.S. He was inducted into the Rock & Roll Hall of Fame twice — as a solo artist and as a member of Faces. In December 1994, his show in Rio de Janeiro drew 3.5 million fans to Copacabana Beach — the largest free rock concert audience in history. In the first 24 hours that MTV was on the air, the channel played 16 of Stewart’s videos. He’s won numerous international music awards, including a Grammy for best traditional pop album (his only win out of 14 nominations). 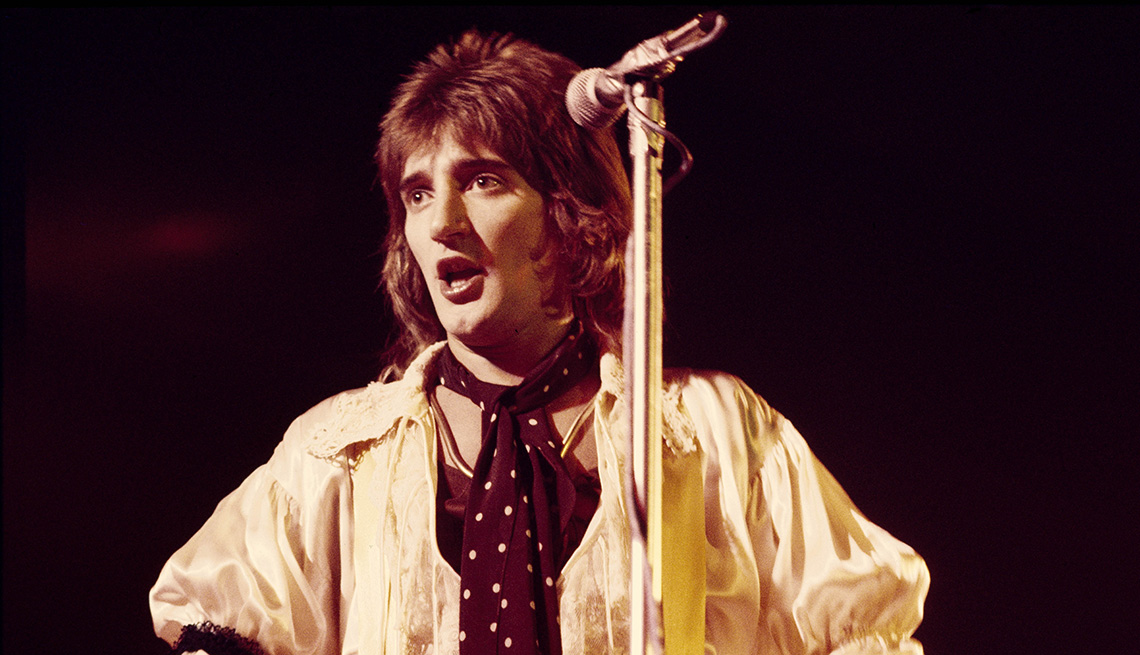 4. He created a look and worked it (especially that hair)

A fashion iconoclast since his teens (hence the nickname Rod the Mod), Stewart has a distinctive look as attention-grabbing as his vocals. At his first record company meeting, he says, “They didn’t like me clothes, me nose or me hair.” As if he cared. Stewart wore velvet suits, leopard jumpsuits, crop tops, pink leotards and flashy scarves. “Carrying 200 pounds of velvet and satin around a stage for 90 minutes — that’s man’s work, let me tell you,” he wrote in his memoir. In 1979, The New York Times sniffed, “Stewart comes close to defining the word vulgarity. He dresses in a manner that can only be called silly, tarting himself up in androgynous glitter.”

While his sartorial style has shifted over time to more dapper duds, Stewart’s signature spiky coif hasn’t changed in half a century. He recently denied rumors that mayonnaise was his original hair mousse, saying, “The only thing I used to use when I first started getting this bouffant, as they call it in France, was warm water and sugar.”

Wild hotel parties, an infamous fixture of rock band culture, were so debauched and destructive on Stewart’s tours that the Holiday Inn chain imposed a lifetime ban on him in 1976 (it was lifted 40 years later). Stewart later admitted he and his band would send room furniture to the lobby via elevators. One nightly bill: $8,800. He also stoked controversy for breaking the apartheid-era cultural boycott of South Africa by performing in Sun City. And he made headlines in 2018 after sparking a feud with longtime pal Elton John by saying the Rocket Man’s farewell tour “stinks of grabbing money.” John fired back by ridiculing Stewart’s Great American Songbook crooning. (They’ve since mended fences.) 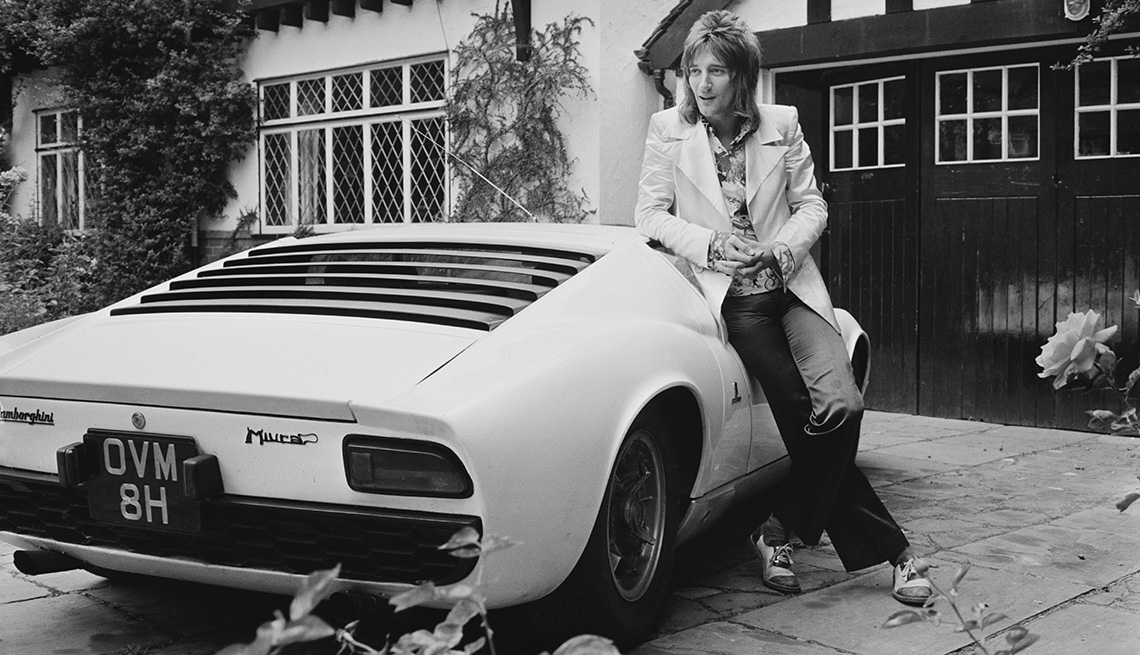 Stewart, who’s worth an estimated $300 million, has come a long way from the days he spent measuring graves for a paycheck. He has lavish estates in England, Beverly Hills and Palm Beach, and collects Pre-Raphaelite paintings. But his primary indulgence is big-ticket cars. He’s run through fleets of Ferraris, Rolls-Royces and especially Lamborghinis. He owned one of only 150 Miura SV Coupes made by the company in 1972. A 1977 Lamborghini Countach LP 400 Periscopio he owned was auctioned for a record-setting $940,919. Weary of being swarmed by car nuts, he unloaded his beloved limited-edition 2002 Ferrari Enzo, now worth triple the $1 million-plus he sold it for. In 1982, he and his 3-year-old daughter, Kimberly, were confronted at gunpoint by a car thief demanding the keys to his 1977 Porsche 911 Turbo Carrera. Stewart complied and walked away, but was forced back to the car when the robber couldn’t figure out how to start it. 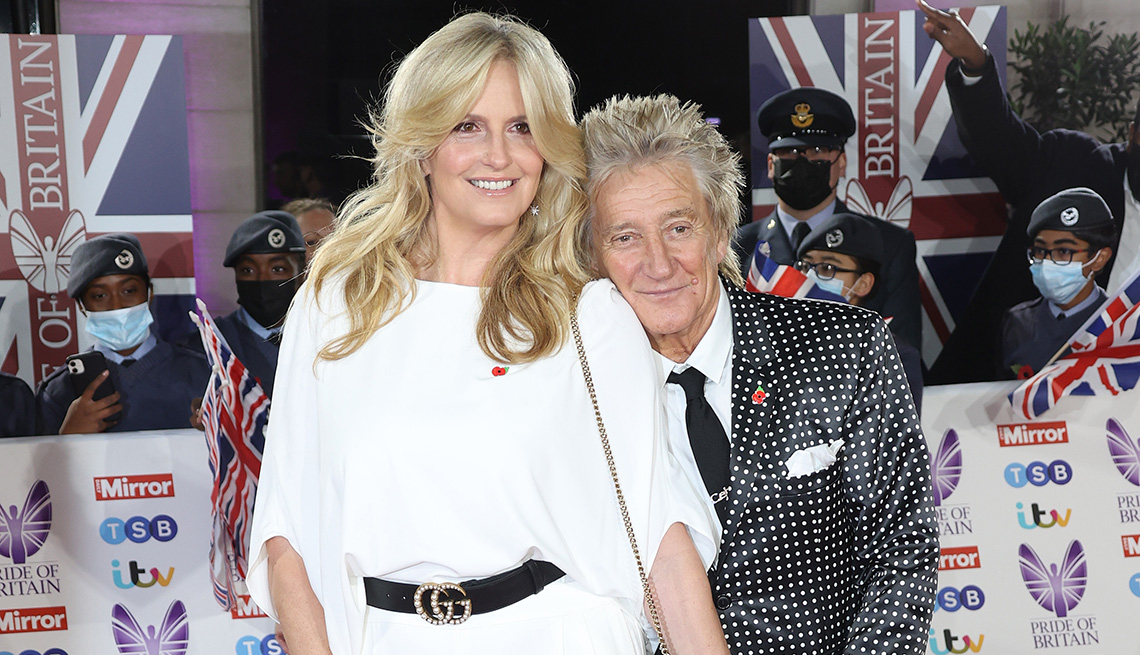 His autobiography is crammed with stories of sexual pursuits (cheating on one Playboy model with another Playboy model, for instance). Swedish ex Ekland said Stewart was so infatuated with her that he would not leave her side, not even to attend a jam session with Bob Dylan and Paul McCartney at Joni Mitchell’s house. He eventually cheated on her. She dumped him and filed a palimony suit, settling a month later. 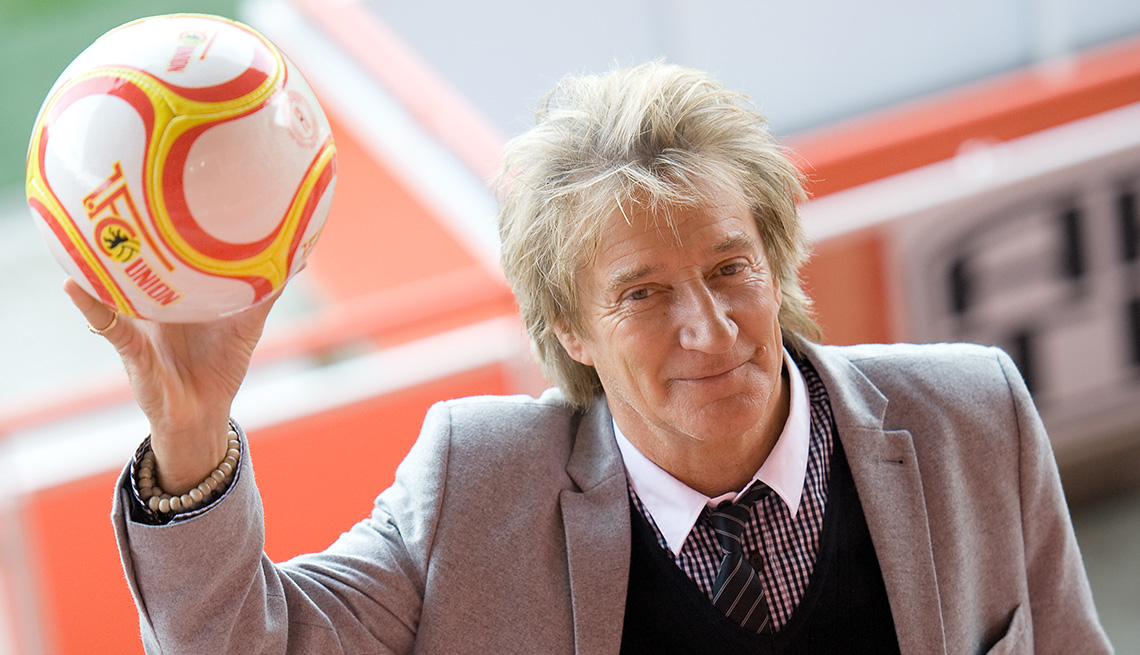 8. He loves his sport

“I’m a rock star because I couldn’t be a soccer star,” Stewart has said. A lifelong English football fan, he caught the bug from his Scottish father and became a big booster of the Glasgow-based Celtic Football Club after meeting the team’s legendary manager, Jock Stein, who laughed at Stewart’s shoes. In 2015, when he watched Celtic beat Barcelona, Stewart was caught on camera dissolving into tears. He occasionally takes a private jet to catch a Celtic game in Scotland.

The first rule of rock stardom is to never grow up. That may be why Stewart is a compulsive model train hobbyist, as are Elton John, Roger Daltrey, Bruce Springsteen, Phil Collins and Neil Young. In 2019, after 23 years of toiling, Stewart completed a massive and complex railway model measuring 124 feet by 23 feet and based on a composite of 1940s New York and Chicago. He chartered freight planes and two shipping containers to transport the set from Malibu to his home in Essex. Stewart has admitted he would rather be on the cover of Britain's Railway Modeller magazine than on Rolling Stone.

Like many boomer rock legends, Stewart shows little inclination to slow down, much less retire. He’s booked a North American summer tour kicking off June 10 in Vancouver and will return in May and September to his Las Vegas residency, “Rod Stewart: The Hits,” which premiered in 2011. In December, he announced on Facebook, “I’m also learning to play the trombone for no apparent reason.” 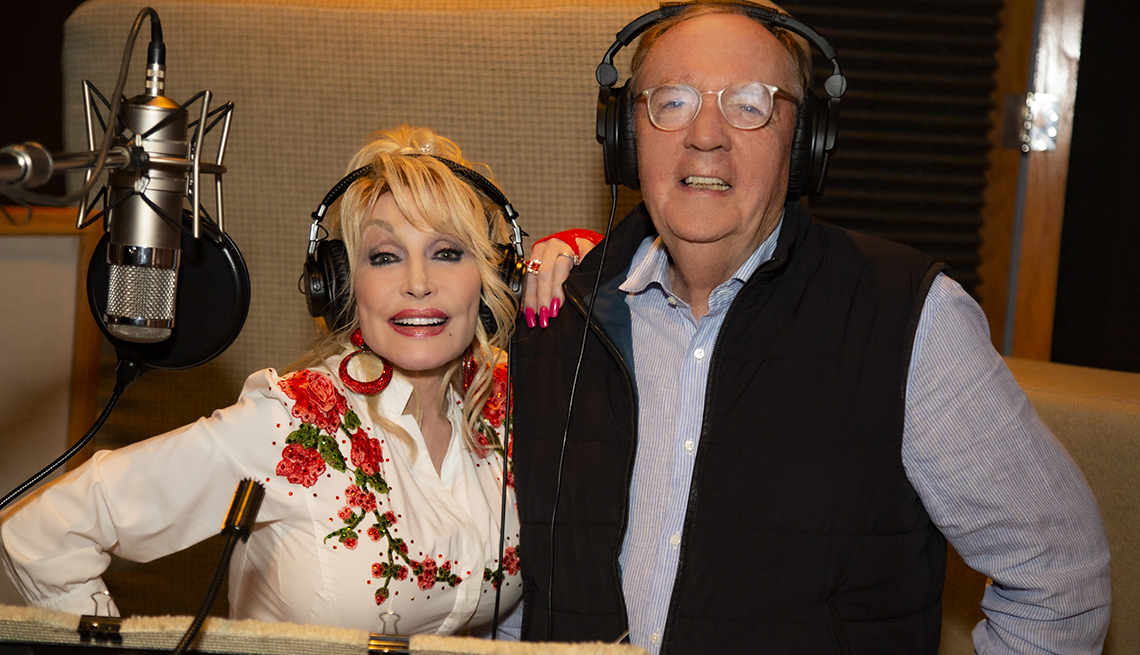 ​The best-selling writer and music legend tell us how they created ‘Run, Rose, Run’ 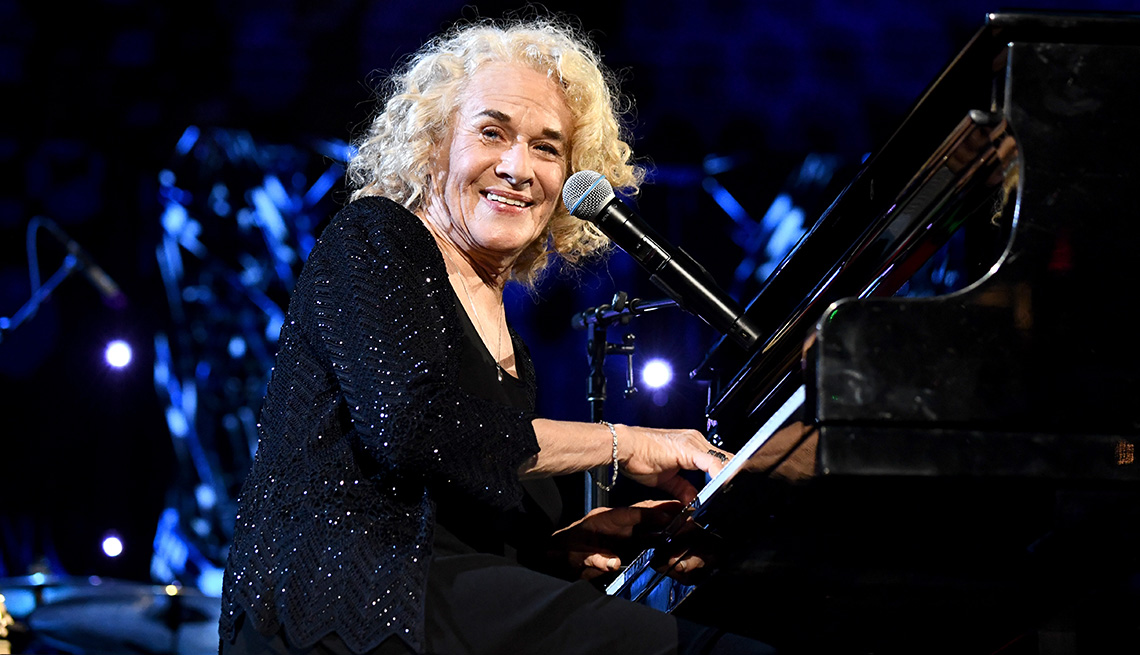 8 Carole King Moments That Brought Us to Tears 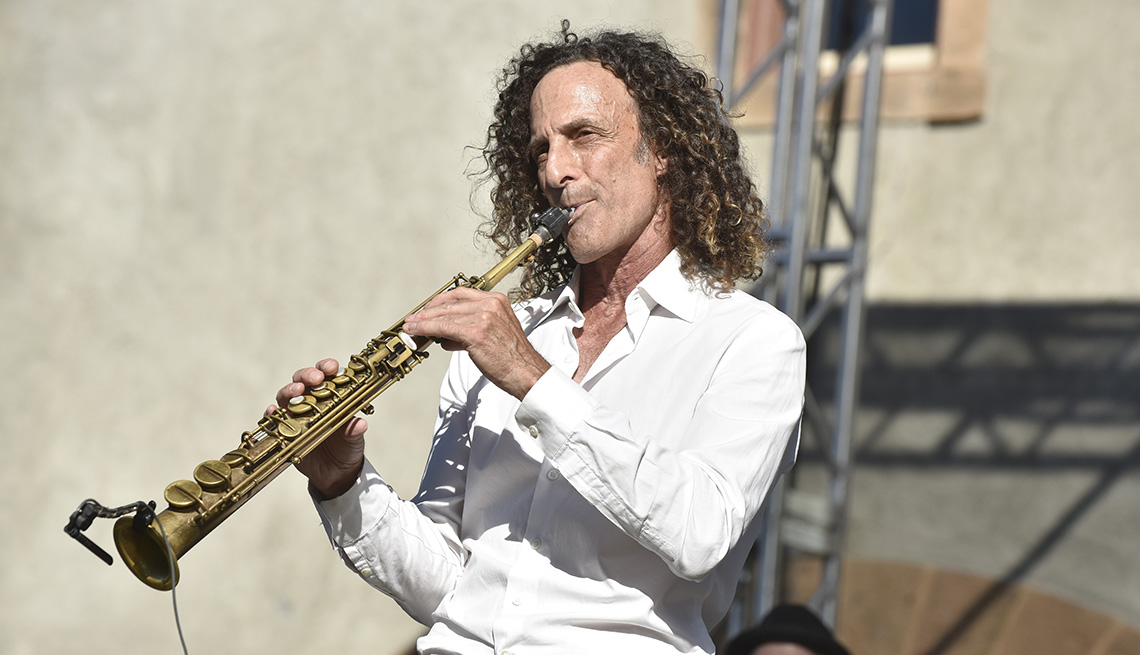 How Kenny G Shook Off the Haters and Finally Got Hip

An HBO documentary and new album made the smooth jazzman cool