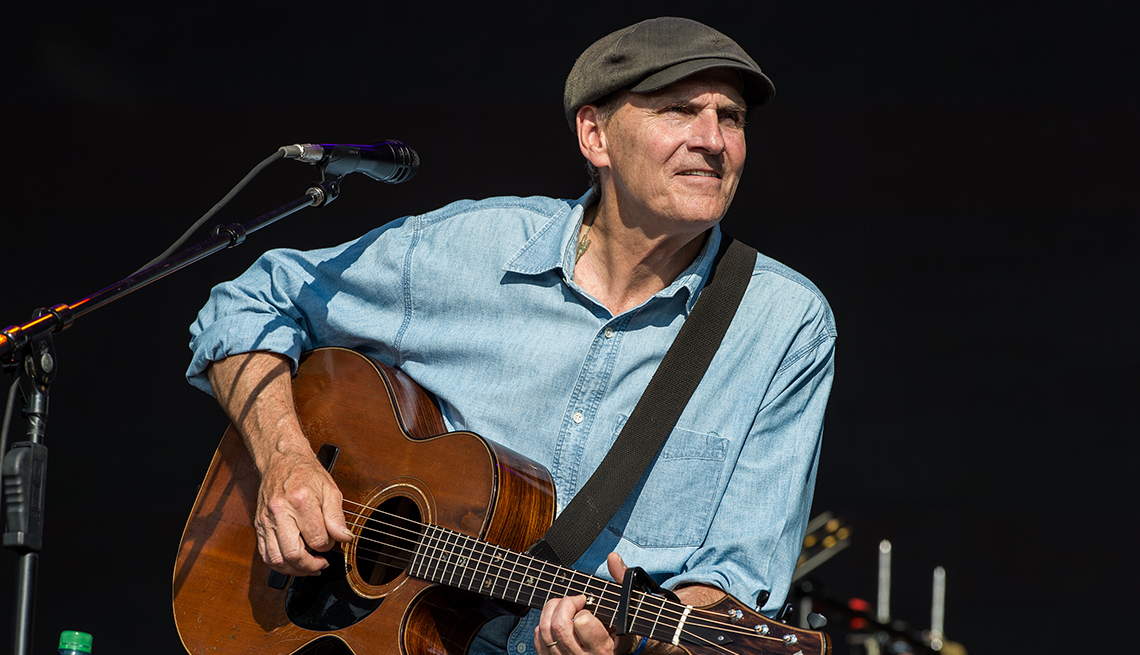 The turnpike from Stockbridge, Massachusetts, to Boston (and beyond) will be a lot quieter this summer, since iconic singer-songwriter James Taylor, 72, canceled his long-awaited summer 2020 U.S. tour with Jackson Browne, 71. That's the bad news. The good news is that the pair are reuniting in the summer of 2021 to reprise the tour, so fans will get the chance to enjoy these two music legends in person.

But that doesn't mean this summer needs to be J.T.-free. Our music critic selected 10 of Taylor's best songs, from 1968 to 1991, for a playlist that makes it impossible not to sing along. Listen to any or all of these classic hits on Pandora and YouTube, or scroll down to the bottom of the story to stream AARP's Spotlight on James Taylor on Spotify, which includes tracks from his new album, American Standard.

Taylor wrote this homesick plaint while he was in London recording for the Beatles’ Apple Records label. The track from his self-titled debut is now considered North Carolina’s unofficial state anthem.

Simultaneously sad and comforting, this evocative song addresses pivotal events early in his career, including his battle with drugs and depression, the collapse of his band the Flying Machine and the suicide of childhood friend Suzanne Schnerr.

Taylor, who considers this the best song in his catalog, wrote it for his infant nephew, also named James, who is cast as a cowboy. The lullaby composed as a waltz is a concert staple.

This traveling tune, dominated by Taylor’s bright vocals and soothing acoustic guitar, is threaded with hope and determination, despite its theme of solitude. The road in question runs past a Massachusetts hospital where Taylor received treatment for depression years earlier.

RELATED: Read what Taylor had to say to AARP about his most recent studio album, American Standard, earlier this year. 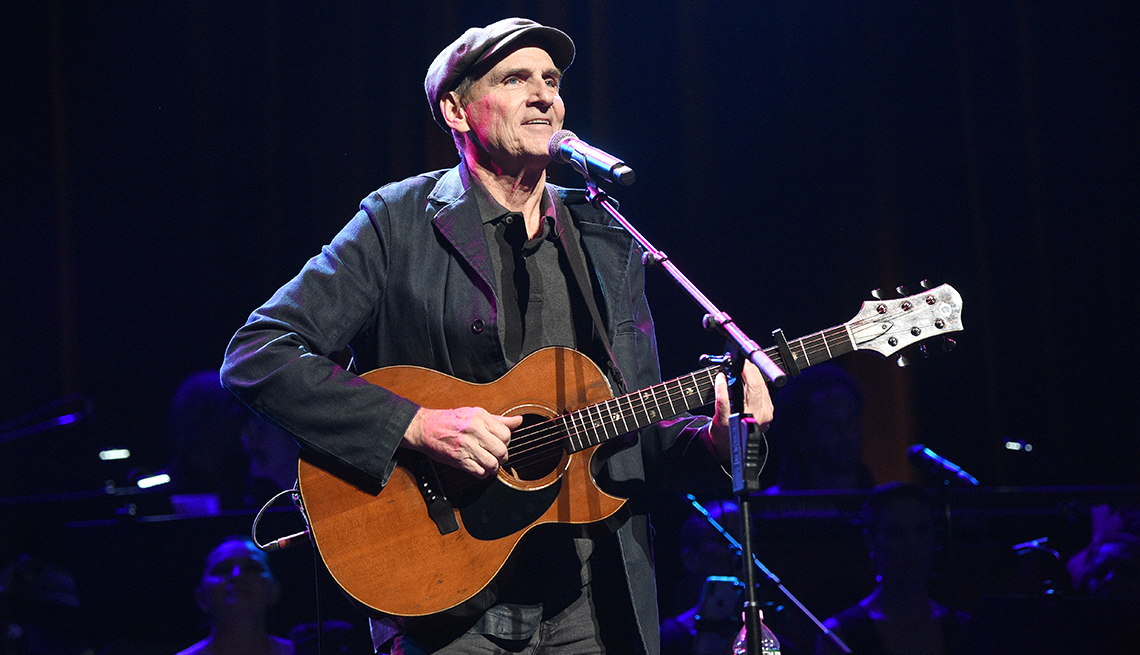 Taylor’s folky ode to friendship, his only No. 1 hit, was written by Carole King, and the two released versions almost simultaneously. King told Taylor she was inspired to write the tune after hearing this line in “Fire and Rain”: “I’ve seen lonely times when I could not find a friend.”

RELATED: Did you know that Taylor’s first wife, Carly Simon, was a great friend of Jackie O’s? Read all about it here.

This poignant, melodic duet with songwriter J.D. Souther expresses the pain and awkwardness of navigating life after a divorce. Taylor has said it referred not to his split from Carly Simon but to the ex-wife of a friend.

Taylor admirably retools this Buddy Holly classic. More relaxed than the original, it’s a sweet and shimmering makeover and further proof that Taylor’s nimble vocals can freshen any oldie.

Like “Carolina in My Mind,” “Copperline” mines nostalgia and reflects on Taylor’s childhood home. It’s an adult contemporary ballad with a rural patina of “wood smoke and moonshine.”

Did we include your favorite J.T. tune? Let us know in the comments below.