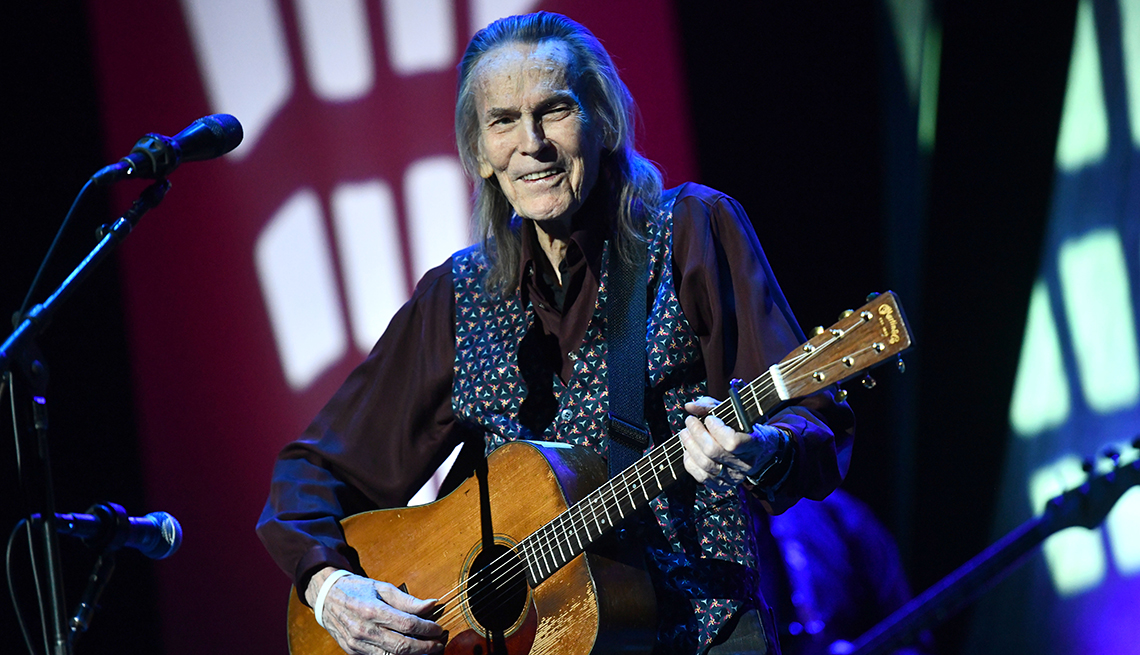 It's not easy to nail down Gordon Lightfoot to talk about his new album, Solo, and his six-decade career. At age 81, the legendary Canadian singer-songwriter is on the road 100 days a year, and when he's home, he's in the gym. Of course, right now, in the midst of the Coronavirus, he’s staying put. But normally, "I exercise right up until the last minute,” he says in the unmistakable voice of such ‘70s folk-pop hits as “Sundown,” “Carefree Highway” and “Rainy Day People.”

"I belong to a club and I exercise slightly over 200 times a year. It's a must, because I know it's helping my singing. I always want to do the best show I can possibly do. And it's keeping me strong.”

The fact that an octogenarian keeps such a regimented schedule might not seem that remarkable, except that Lightfoot has beaten some fairly hefty odds to keep on doing what he loves.

In 2006, he suffered a minor stroke in the middle of a concert. Nine days later, he was back performing. But without full use of his middle and ring fingers on his right hand, he relied on another guitarist for the more intricate guitar work. By the following year, he had made a full recovery and was back to performing all of his guitar parts.

The stroke came on the heels of a far more serious event, a near-fatal abdominal aortic aneurysm in September 2002. One moment, he experienced severe stomach pain, and the next thing he knew, he woke up to learn that he'd been in a six-week coma.

Lightfoot endured four surgeries, a tracheotomy and temporary hearing loss, but worked from his hospital bed to improve his diminished motor skills and overcome vocal strain. At home, it took him six months to regain his performance voice, all the while practicing guitar ("my main hobby"), something he still does every day, often while watching television.

In the months before his aneurysm, he had written and laid down voice and guitar demos of some 19 new songs. Over the next two years, while he continued to recover, he polished those recordings. But once he resumed his touring, he forgot about them. Then roughly three years ago, he found those songs in a pile of gifts while moving his office.

Nine of them now form the basis for his new album. He went back into the studio to add a new song, “Easy Flo,” for a total of 10.

Solo, out March 20, is his first album of original new material since 2004's Harmony, though he released a concert recording (All Live) in 2012.

"Sometimes you just have to wait, you know? Life is a very busy thing,” he says. “And my family became more extended. I had to spend more time with them.” Lightfoot has six children, six grandchildren and a 9-month-old great-grandson. His youngest daughter followed her dad into the music business, writing songs, playing the five-string banjo and recording under the name Meredith Moon, her mother Elizabeth's surname.

"She's good at what she does, too,” says Meredith's proud papa.

He's currently married to third wife, Kim, who “tries real hard to make sure that I get fed right,” tends to his medical needs (he fainted and fell off an exercise machine last July and had to postpone four months of performances) and travels with him on the road.

One of the songs on Solo, “Why Not Give It a Try,” has the troubadour exclaiming, “I just want to stay home,” perhaps no surprise for a man who travels as frequently as he does. “Home” is in the Bridle Path neighborhood of Toronto, where his neighbors include the rapper Drake.

"He's never met me; I've never met him,” Lightfoot says. “But I see him at all the Raptors’ basketball games. His mansion is right across the road. They've been building it for two and a half years. We've watched that whole show for free!"

The walls of the Lightfoots’ living room are decorated with 15 paintings of the ship that inspired the singer's best-known song, “The Wreck of the Edmund Fitzgerald.” Since 1976, when the record first appeared, Lightfoot has kept in close touch with the families of the men who perished on the ship. In their honor, he endowed a scholarship at Northwestern Michigan College, in Traverse City, for its Great Lakes Maritime Academy.

That's one of the reasons he continues to work, he says. “I want to work. And why not? I feel pretty good, actually. Work keeps me going. When I do my show, I give it everything I've got."

Update: Lightfoot’s 2020 Tour Dates are being rescheduled due to the coronavirus: 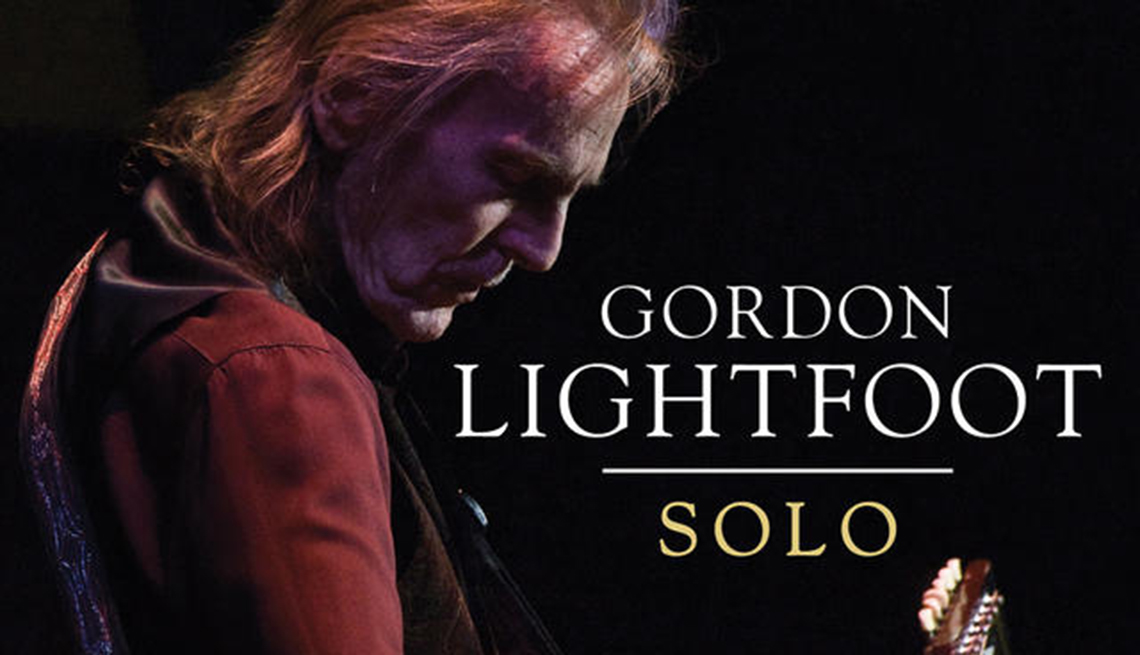 The Sounds and Songs of ‘Solo’

Gordon Lightfoot’s biographer, Nicholas Jennings, has noted that his name “is synonymous with timeless songs about trains and shipwrecks, rivers and highways, lovers and loneliness.”

On Solo, Lightfoot puts the emphasis squarely on the “lovers and loneliness” part of his legacy, as well as on the importance of self-reliance, staying true to self and striving to try new things. The 10 songs find him in a more philosophical than story-song mood, à la “The Wreck of the Edmund Fitzgerald,” and hearken to the sound of his earliest work, such as “If You Could Read My Mind” and “Early Morning Rain.”

The best tunes — the poetic “Oh, So Sweet,” with its decisive finger-picked guitar, and “Why Not Give It a Try,” where the melody and structure suggest the circular dance of life, — bookend the album. One song, “Return into Dust,” finds him reflecting on his brushes with death.

Lightfoot, who helped define the folk-pop era, wrote most of the songs in 2001 and 2002 and recorded them over three days. The album is just voice and guitar, stripped down, with no instrumental sweetening. He considered adding synthesizer, à la Bruce Springsteen’s Nebraska, but decided on leaving the songs sparse and unadorned.

“I thought my fans would be interested in hearing what songs sound like when first written,” he has said.

His vocals are strong throughout, even on “Easy Flo,” a song for his wife that he recorded anew. It is a testimony to his yearlong smoking cessation (he has emphysema) that most listeners will consider it what it is — vintage Lightfoot, old and new at the same time.

Editor’s note: This story was originally published March 20, 2019. It has been updated to reflect Lightfoot's rescheduled tour dates.