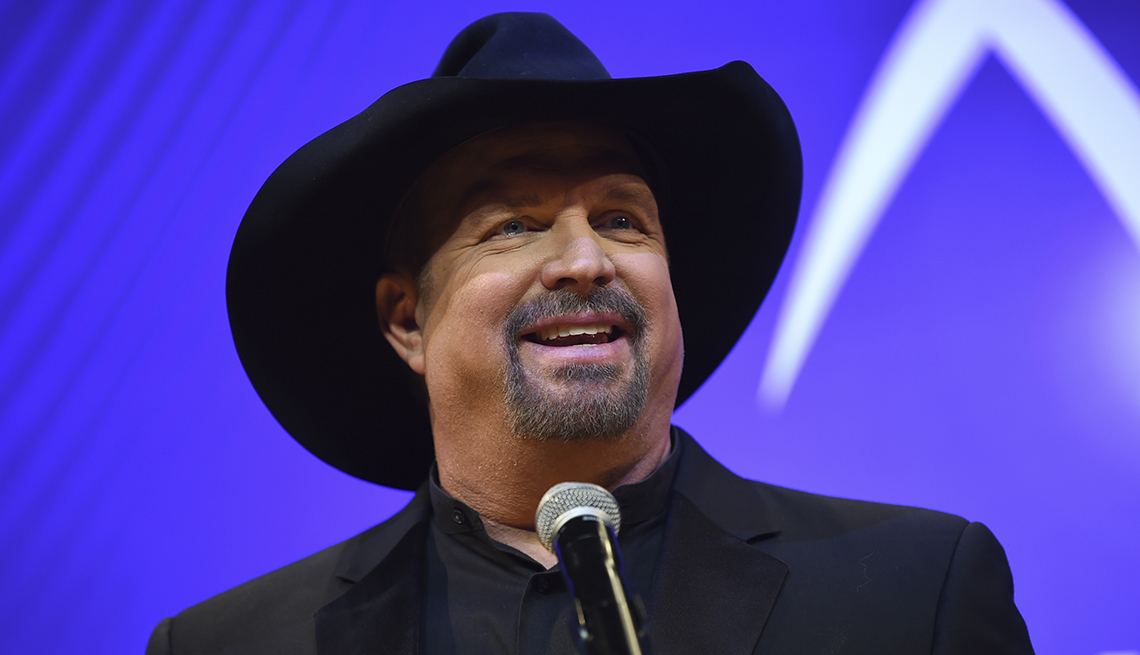 As the top-selling solo artist in U.S. history, it makes sense that Garth Brooks, 57, will be the next recipient of the Library of Congress Gershwin Prize for Popular Song.

Brooks is the youngest recipient of the prestigious award and only the second country musician to claim the honor, after Willie Nelson.

"Garth Brooks’ appeal as a performer, songwriter and humanitarian has brought many new fans into the world of country music,” Librarian of Congress Carla Hayden said in announcing the prize. “During his career, Brooks has set countless records, earned numerous awards and elevated country music into a national anthem of the American people."

The Library of Congress cited Brooks’ ability to weave poetry and the human experience in a blend of genres as the root of his success in song.

The Gershwin Prize, named for the songwriting team of George and Ira Gershwin, was created in 2007 to recognize lifetime achievement in promoting song as a vehicle for entertainment, information, inspiration and cultural understanding.

"An award is only as good as the names on it,” Brooks said in a statement. “First off, for any musician, the name Gershwin says it all. Add to Ira's and George's names the names of the past recipients, and you have an award of the highest honor. I am truly humbled."

Brooks will receive the prize at a tribute concert in Washington, D.C., in March 2020. The concert will air nationwide on PBS in spring 2020.

More on Music for Grownups