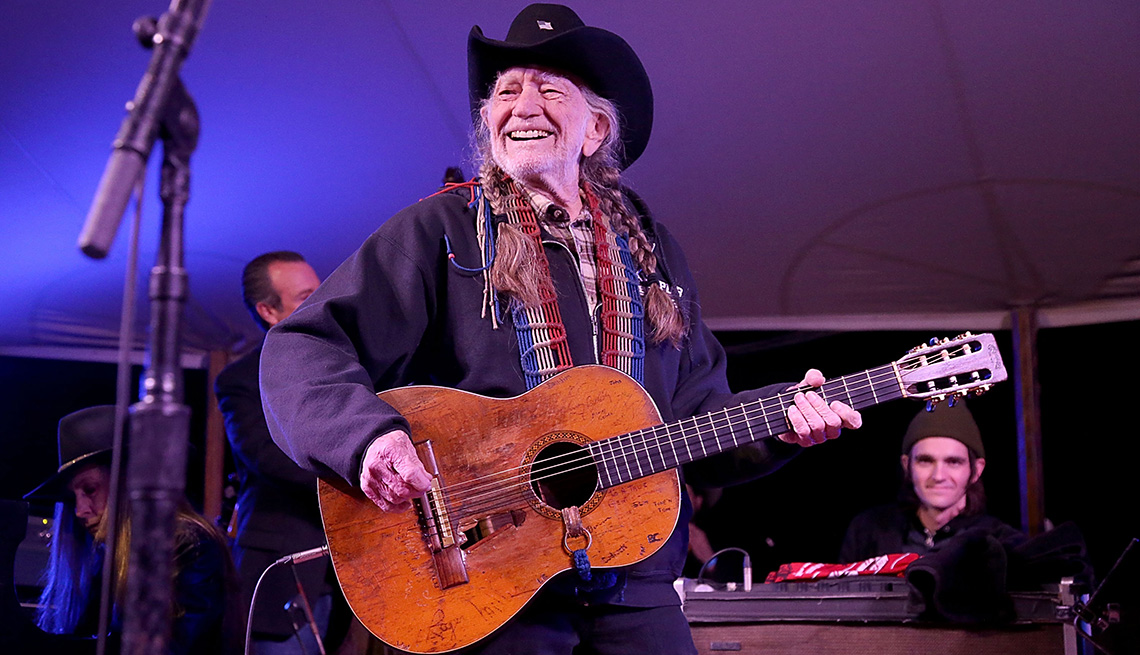 Willie Nelson performs during a benefit dinner on March 14 in Spicewood, Texas.

His heroes have always been cowboys. And crooners.

Willie Nelson may be country music’s most enduring and colorful outlaw, but the genre is too confining for the singer’s nomadic creative spirit and deep appreciation for tradition, particularly the Great American Songbook.

His new album, My Way, salutes the late Frank Sinatra with 11 songs that Ol’ Blue Eyes popularized during his heyday. Nelson, 85, lacks Sinatra’s range and impeccable phrasing, but he effectively delivers these familiar refrains his way, with saloon ease and a warm, ragged twang.

Arriving today, less than five months after mortality-themed Last Man Standing, My Way is Nelson’s second album this year, his 12th since signing with Legacy Recordings in 2012 and, remarkably, the 68th studio album of his career.

And it’s not his first rodeo in the standards arena. Nelson helped kick-start the trend of issuing pop standards collections when he released the huge-selling Stardust in 1978. Similar sets followed, including Somewhere Over the Rainbow (1981), What a Wonderful World (1988), Nacogdoches (2004), American Classic (2009) and Summertime: Willie Nelson Sings Gershwin (2016).

Since then, Nelson has been all over the map, immersing himself in gospel (1976’s The Troublemaker) and reggae (2005’s Countryman), toasting other artists (1979’s Willie Nelson Sings Kristofferson, 2006’s You Don’t Know Me: The Songs of Cindy Walker, 2016’s For the Good Times: A Tribute to Ray Price), and collaborating with blues acts (2000’s Milk Cow Blues) and pop stars (2002’s The Great Divide).

Sinatra dubbed Nelson his favorite singer after hearing Stardust and even served as his opening act at the Golden Nugget in Las Vegas in 1987.

The same year, the pair appeared in public service announcements promoting research for NASA’s Space Foundation. Nelson sang “A Foggy Day” with Sinatra on the crooner’s last studio album, 1994’s Duets II, and their previously unreleased duet of “My Way” appeared on a collector’s edition in 2005.

It’s a safe bet that the Chairman of the Board, who died at age 82 in 1998, would have given Nelson’s new album a thumbs-up. The mellow My Way adds little to Nelson’s canon and makes no pretense at pushing boundaries, but his low-key, openhearted approach imbues the songs with homespun charm, a welcome contrast to the histrionics and drama applied to retro projects by younger artists.

Produced by Buddy Cannon and Matt Rollings, My Way marinates in velvety string and horn arrangements. The songs primarily dwell on romance and heartbreak — sentiments that gain greater emotional resonance, given Nelson’s age and the quiver in his weathered voice.

He brings an aching melancholy to “One for My Baby (And One More for the Road)” and the first single, “Summer Wind” (available as a video on YouTube’s Vevo channel). “It Was a Very Good Year” is wistful and bittersweet. The energy picks up on Nelson’s carefree “Fly Me to the Moon,” as well as his animated takes on “A Foggy Day” and “Blue Moon.” Norah Jones joins him on a breezy, albeit forgettable, “What Is This Thing Called Love?"

As for “My Way,” a song so overdone and abused over the years that it’s now largely comedy fare, Nelson manages to rescue it with grace and credibility. He and Sinatra may not have shared wardrobe preferences, but both found a personal code in Paul Anka’s plucky lyrics. 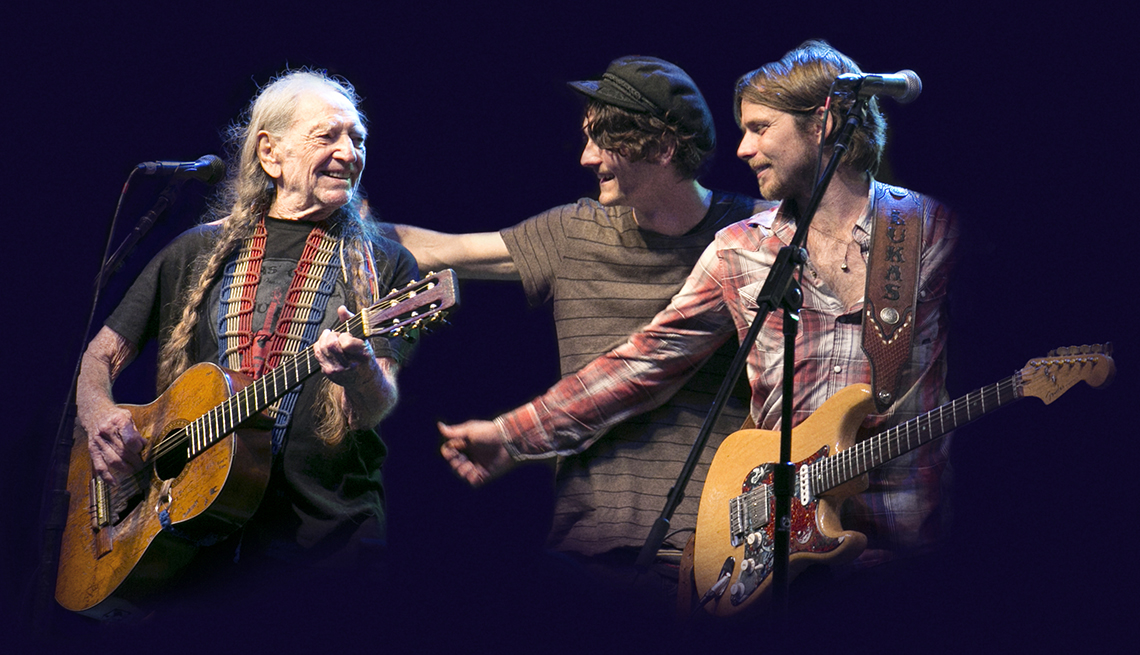 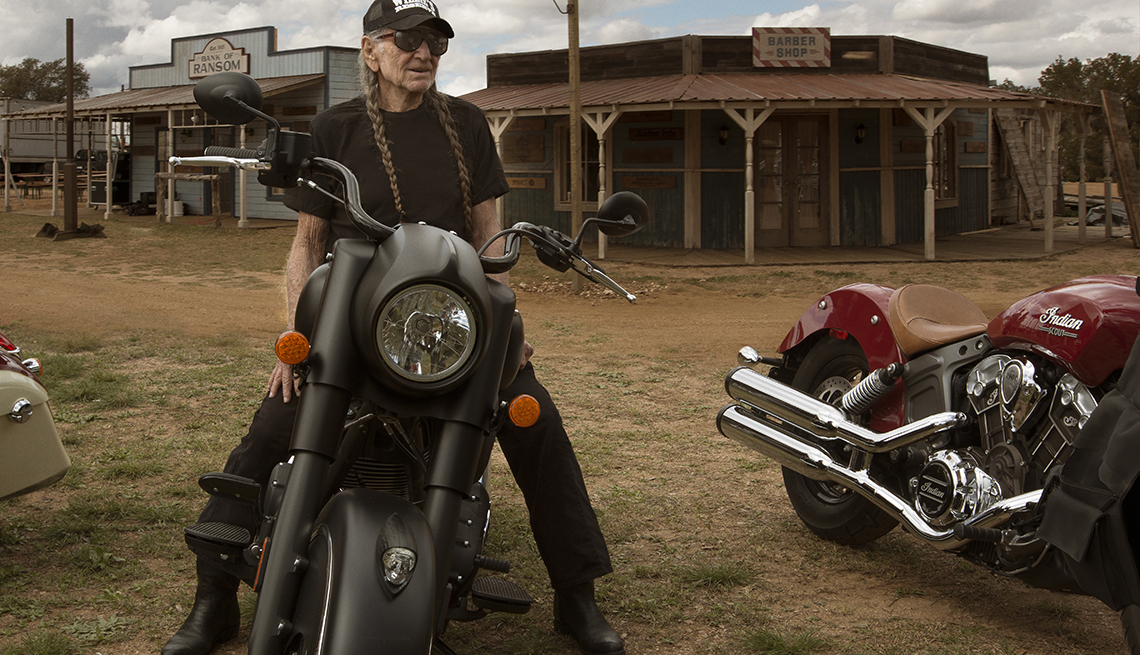 Do You Know Which Songs Willie Nelson Actually Wrote?