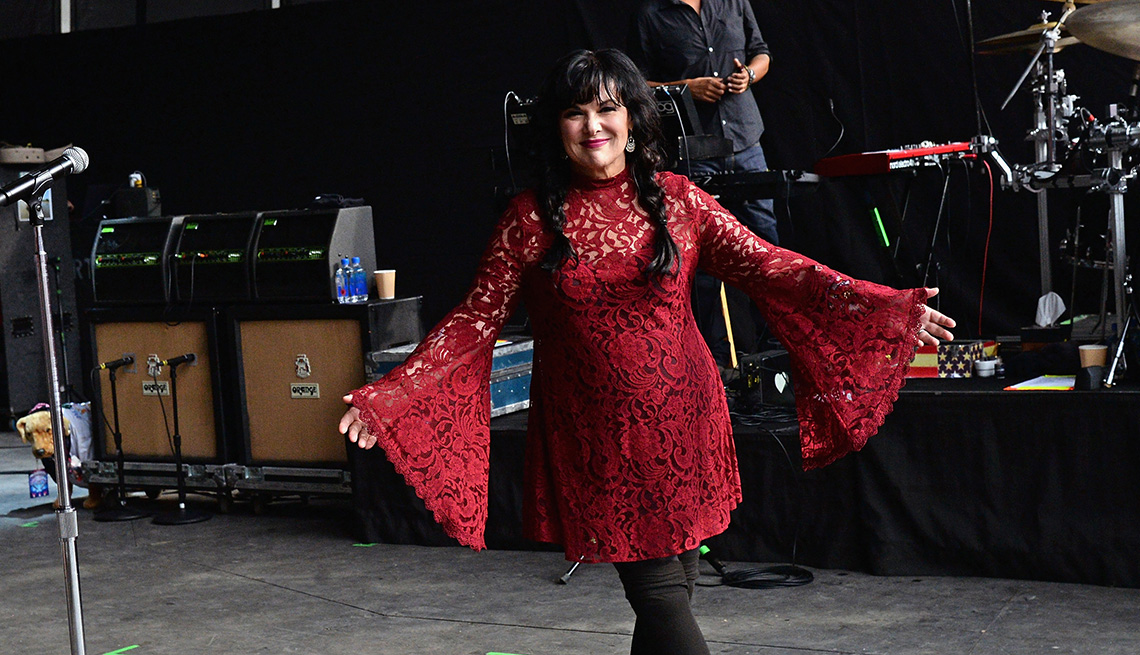 Ann Wilson, of Heart fame, says she felt increasingly heartsick over recent years as a steady stream of her musical heroes, peers and friends died.

But when rock singer Chris Cornell committed suicide on May 18, 2017, the Heart singer began plotting a project that would honor those lost souls and channel her grief toward celebration.

The result is her new album Immortal, a compilation of 10 covers that showcase some of Wilson’s favorite songs by such bygone greats as George Michael (A Different Corner), Leonard Cohen (A Thousand Kisses Deep), Amy Winehouse (Back to Black) and David Bowie (I’m Afraid of Americans). She also covers I Am the Highway by Cornell’s post-Soundgarden band Audioslave.

“He spoke from the soul,” she says of her late friend and Seattle neighbor, adding wistfully, “I didn’t see it coming. He was pretty complicated.”

Immortal, out Sept. 14, is Wilson's second solo album, and despite its theme of departed icons, Immortal is sunnier fare.

“People might expect it to be morbid because they think the concept of death could overpower the songs,” says Wilson, 68. “I see it as uplifting, a way to honor these people and what they left behind. I thought: How cool would it be to celebrate these singers and interpret their songs?"

Still, she had certain criteria. “I had to totally love the song,” Wilson says. “I had to be able to put it across. And I wanted each song to have a message that was relevant in the world in 2018.”

That’s how Lesley Gore’s You Don’t Own Me made the cut. Gore was 17 when she delivered the defiant feminist anthem in 1963. It still resonates.

Heart, which released its debut album Dreamboat Annie in 1975, faced years of sexism and exploitation before women united behind the #MeToo movement.

"Our first great challenge was establishing credibility in a field almost completely dominated by men,” Wilson says. “Once you had credibility, doors would open. ‘Yeah, I guess she’s not just a hunk of cheesecake,’ they’d say. Things have changed incrementally over time, but some hurdles are still there.

“The #MeToo movement is a big change. And it’s very uncomfortable and pretty reckless. That’s how it has to be. The first feminists were considered so bold and brash. They had to overplay their hands to get anyone to listen.”

Immortal did not entail input from Wilson's sister Nancy, although their Heart break may be on the mend. Two years ago, Ann’s husband, Dean Wetter, assaulted Nancy’s twin sons on a tour bus in Auburn, Wash. He was arrested, pleaded guilty and was placed on probation. The sisters became estranged and rarely communicated, pushing Heart into hiatus. Nancy formed a new band, Roadcase Royale.

“Some stuff happened between us,” Ann allows. “We took a real break from each other. It was unavoidable just because of how many years and miles we spent living in each other’s pockets. Now we’re talking. We’re not talking about business. We’re talking about family and the rest of life. We needed to remember who we were outside of the Heart machine. Now it’s a matter of healing enough.”

She foresees a future for Heart but won’t abandon her solo career.

“I’d like to make another solo record,” she says. “Being a solo artist is liberating.”

And in April, Ann taped a concert in St. Charles, Ill., for her first solo TV special (details to be announced).

She says she feels blessed that her voice “so far seems strong and supple. The voice changes with age just like the rest of the body.”

Ann was 13 when she and her sister first starting forming bands. She has no plans to change course.

“I’ve never had any other calling,” she says. “This path has taught me a lot about people and life and about authenticity and sacrifice. When you do it for this long, you sacrifice a lot of things.”

“Dean and I want to spend time in Mexico and India,” she says. “There’s more to life than Heart, honey. Sometimes I just want to go home, sit by the pool and watch the ants.”