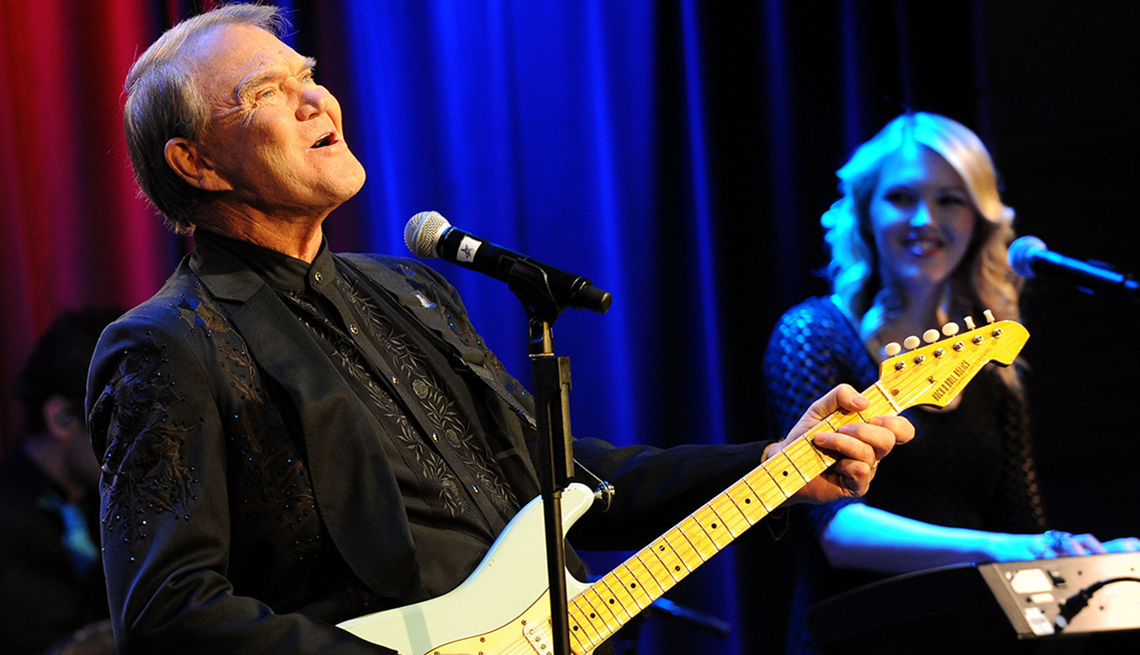 After his final concert tour and before he entered the late stages of Alzheimer’s disease, country-music legend Glen Campbell recorded one last studio album, one last collection of wistful and evocative songs, aptly titled “Adiós.” The album will be released June 9.

Rolling Stone magazine says, “The LP stands among Campbell’s best — heartbreaking and imbued with poignancy, but sung with the same pure, sparkling vocals that are a distinguishing landmark.”

The title track was composed by his longtime collaborator Jimmy Webb, who told Rolling Stone Country: "Glen and I used to play that song all the time. We played it in dressing rooms, hotels, we played it over at his house, we played it at my house. He always loved that song. I heard 'Adiós' this morning, and my wife and I both broke down and cried all over this hotel room.”

Added Webb, "This album is just kind of a gift from the gods.”

It includes "Postcard From Paris," "It Won't Bring Her Back," "Just Like Always," "Funny How Time Slips Away," "Am I All Alone (Or Is It Only Me)" and Campbell’s take on the classic "Everybody's Talkin,' " popularized by Harry Nilsson.

Campbell, 81, was diagnosed with Alzheimer’s in 2011. His wife, Kim, has said that his condition has worsened to the point where he can no longer speak but that he still appreciates smiles and kisses.

The son of a sharecropper in Arkansas, the high school dropout became a hugely successful country singer known for such hits as "Wichita Lineman" and "Galveston," songs that fused country with pop music. He also became an actor, winning praise for his role in the John Wayne classic “True Grit.”

In interviews since his diagnosis, Campbell said he had made his peace with the condition and would buck up.