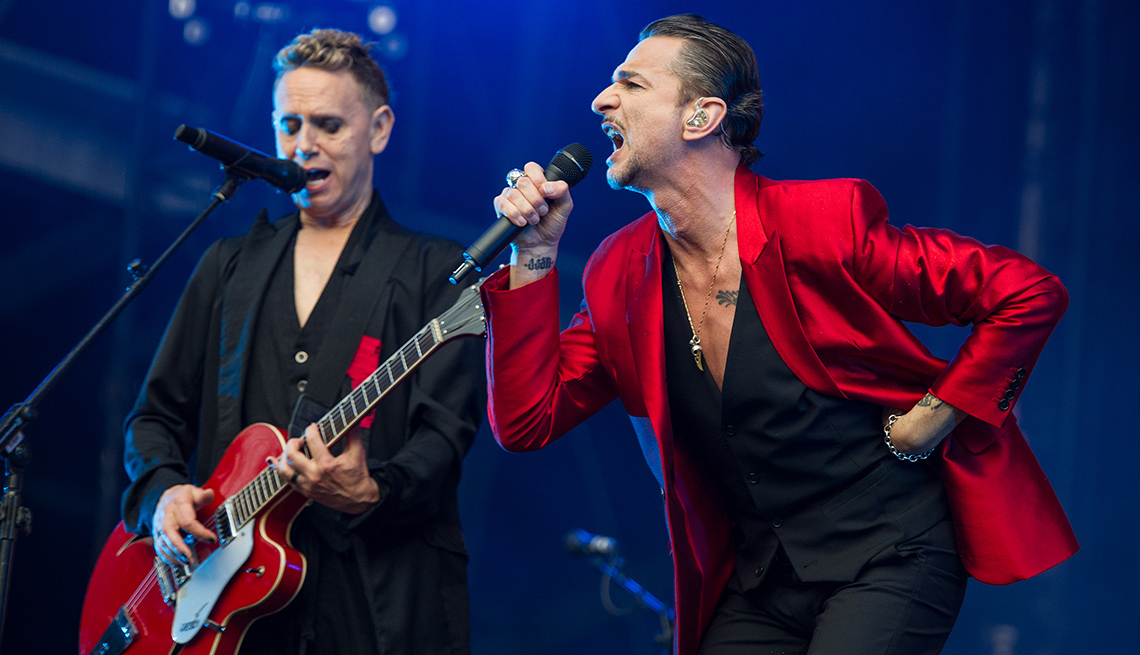 Martin Gore (left) and Dave Gahan of Depeche Mode perform. Despite not having a hit song since the 1990s, the British band remains one of the most popular touring acts in the world.

It’s a good time to be an older rock band on the road. A recent Bloomberg article on the enduring success of Depeche Mode — the 1980s-era band that continues to play to sold-out arenas despite never having a No. 1 hit on these shores — noted that, despite the changing landscape of the music industry, older rock acts continue to drive much of the audience for live shows.

According to website Pollstar, five of the 10 most successful worldwide tours in the first half of this year featured artists over age 50, with Guns N’ Roses taking the top spot and U2 finishing in third. (Placing in the second spot between them? Disney On Ice.) Depeche Mode, Metallica and Red Hot Chili Peppers also made the top 10. Among younger musicians, only Justin Bieber and Bruno Mars cracked the list. And in the United States and Canada, older rockers proved even more dominant so far this year, taking seven of the top 10 spots for North American tours — with U2’s "Joshua Tree" tour wearing the crown.

It isn’t a one-year blip, either. In 2016, the most successful music festival of the year was Desert Trip — featuring Paul McCartney, Roger Waters and the Rolling Stones. And though Beyoncé, 36, had the highest-grossing tour of 2016, three of the top five road shows that year were by older acts: Guns N' Roses; Bruce Springsteen and the E Street Band; and Garth Brooks.

Long careers, bursting catalogs and nostalgia allow older acts to charge higher ticket prices, which certainly helps when it comes to box-office rankings. And many older acts have adjusted nicely to the digital age. U2, for example, was among the first to offer early-ticket access to fans who were active in their online community.

Some bands, including Depeche Mode, mix the old and the new when it comes to connecting with their fan base. Inspired by the DIY ingenuity of the Grateful Dead (whose latest incarnation, Dead & Company, also ranked among the midyear North American top 10), the British electronic band fought their record label to allow fans to record and distribute videos of their live shows on YouTube. And for their recent tour, they handed over the reins of their official Facebook page each day to a different fan (collectively known as “The Black Swarm”) to share memories and media. The efforts paid off: This fall, Depeche Mode broke a record when it became the first act to sell out four shows at the Hollywood Bowl. That's not bad for a group whose only top 10 hit in America — “Enjoy the Silence” — came 27 years ago.

“Every time we go out and tour, we’re playing to more people,” guitarist and lead songwriter Martin Gore, 56, told Bloomberg. “It’s just incredible at this stage in our career.”