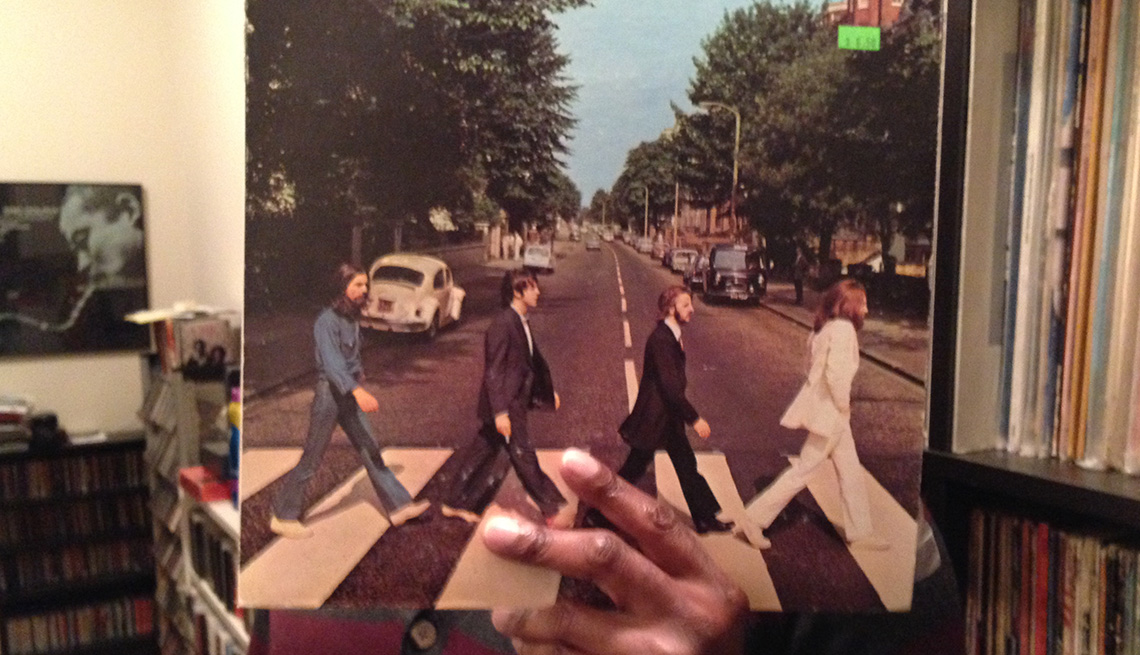 Music writer John Murph shares how he grew to love the Beatles through Prince and other R&B music.

The Beatles disbanded in 1970, when I was only 3 years old. So I have no firsthand memories of Beatlemania. Nevertheless, its impact galvanized my Generation X soundtrack.

Pinpointing my first awareness of the Beatles is as difficult as remembering the first time I saw color television. The Beatles seemed always to have been there. There was no "Eureka" moment for me with their music, like the one I had when I first heard the Sugarhill Gang's prophetic rap hit, "Rapper's Delight," in 1979.

The Beatles via Prince

Prince and the Revolution's 1985 LP Around the World in a Day inspired me to check out the Beatles during my first year in college. Nearly the entire album, with its colorful artwork and sonic experimentation, was a funky love letter to the Beatles' psychedelic period. Being a huge Prince fan, I explored every musical reference he implied. Soon I bought old Beatles LPs as much as I did contemporary R&B.

Those Prince albums motivated me to study such Beatles LPs as Rubber Soul and Revolver. The comparative historical analysis would also shape my future career as a music journalist.

My inconspicuous introduction to the Beatles' music began before the mid-'80s. Vinyl records were prominent in my family's household in Winona, Miss. Although my family's taste leaned toward soul, jazz and blues more than Anglo pop-rock, certain Beatles songs made their way into their record collections.

I heard Stevie Wonder's sensational 1970 cover of "We Can Work It Out" as much as I heard "Signed, Sealed & Delivered." Oftentimes, I would hear my father play Booker T. & the MG's funky makeover of "Eleanor Rigby" or the equally poignant 1969 version from the Four Tops. Dad also loved Marvin Gaye, which afforded me numerous opportunities to hear him croon "Yesterday."

The Beatles and Black America

Part of the Beatles' musical appeal for my family and probably other black Americans during the 1960s and '70s had to do with the group's infatuation with black American music, particularly during their early years. The music of Chuck Berry, Little Richard and Arthur Alexander formed the building blocks for the Beatles' early hits. The Beatles also did their share of R&B covers, such as the Isley Brothers' "Twist & Shout," the Marvelettes' "Please Mr. Postman" and Berry's "Johnny B. Goode."

Throughout their reign, the Beatles cultivated an intriguing relationship with American black music, from black-owned Vee-Jay Records releasing their first U.S. album to keyboard wiz Billy Preston, often regarded as "the fifth Beatle," contributing to their final album, Let It Be. The popular black American weekly magazine JET even featured the Beatles on the cover — along with Motown songstress Mary Wells — for a July 1965 story, "What the Beatles Learned from Negroes."

Aftershocks of Beatlemania rippled through early-'80s black American culture too, thanks mostly to Paul McCartney's collaborations with Stevie Wonder ("What's That You're Doing?" and "Ebony and Ivory") and Michael Jackson ("The Girl Is Mine" and "Say Say Say").

The King of Pop's glittery military jackets during that period resembled the costumes worn by the Beatles for their Sgt. Pepper's Lonely Hearts Club Band album cover; Jackson also purchased the publishing rights to most of the Beatles catalog in 1985.

Beatles in the Crates

I started collecting records before I was a teenager. Like many Generation Xers, I obtained my early albums by raiding my elder family members' libraries. My uncles' sizable LP collections fascinated me. Soon I became enthralled with certain albums that remain important additions to my own library. Among them were George Benson's The Other Side of Abbey Road and Booker T. & the MG's McLemore Avenue, both of which paid homage to the Beatles' penultimate album, Abbey Road. Fortunately, my uncles had the Beatles' Abbey Road too.

My first experience listening to Abbey Road left me indifferent. The gleeful harmonies and pop melodies didn't incite me to do the funky robot like the Jackson 5's "Dancing Machine" did. Since I idolized my uncles, I wanted to like whatever they liked, but didn't quite get there yet.

I'm there now. I frequently listen to the Beatles' music — straight, no chaser — without the assistance of R&B and jazz interpretations. Listening to their timeless music triggers happy memories of my journey to becoming a self-described music nerd.

With this year marking the golden anniversary of the Beatles' arrival in the United States, we will certainly see many tributes worldwide. As a black Generation Xer, I toast the Fab Four for being a significant connective tissue between American soul and British rock. As evident from my R&B, jazz and blues-filled upbringing, their impressions were and continue to be transcendental if not inescapable.

John Murph is a contract writer/editor in Leadership & Internal Communications at AARP. As a music journalist he has written for NPR, the Washington Post, the Root and the Atlantic Monthly, among others.