Voices of experience and talent sing out, making their dreams come true

Recently I witnessed a dream come true for two older singers: Julian Hernandez, 60, and Ká Wright, 51. Both probably never imagined that at this time in their lives they would have the incredible opportunity to participate in and win AARP's Boomer Superstar Contest. Each had the experience of a lifetime and received the grand prize of $5,000, along with the chance to audition for 19 Recordings, the music label of the television series American Idol.

Patti Austin, Taylor Hicks and I judged AARP's biggest venture into the singing world. And my friend Randy Jackson hosted what was truly a memorable night for everyone who attended. The five singers who made it to the contest stage in September at AARP's member event, Ideas@50+, in San Diego were chosen from more than 1,000 boomers who entered the contest via video.

Each of those 1,000-plus people took a chance on themselves, putting their talent and experience on the line. Why? For many different reasons, but I believe there's nothing better in life than doing what you love, even if you haven't done it all your life. In Life Reimagined terms, the final, vital step in the process of any life change is to Act. 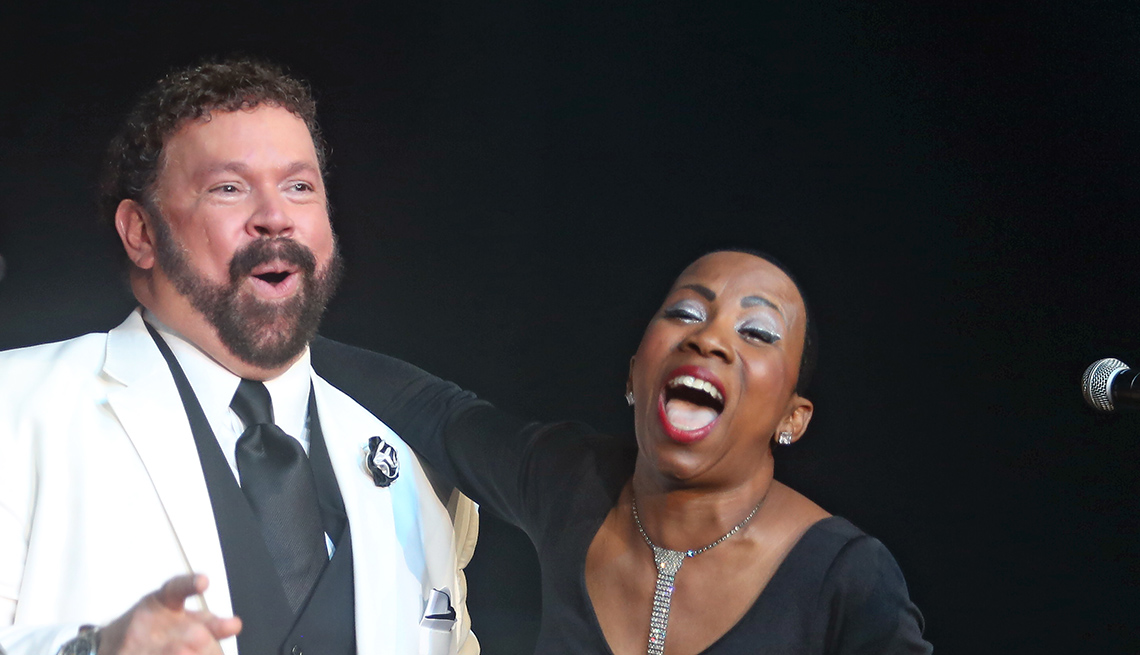 It's not about perfection or experience — it's not even about age. It's about opening a new door and seizing the opportunity. What happens next depends on talent, timing and a little bit of luck. For a singer, success means choosing the right song in the right key with the right arrangement; connecting with the audience; and having a great, unique look. There are a lot of choices, and honestly, a lot of ways to go in the wrong direction. Yet the only thing worse than doing something wrong is not doing it at all.

After all five singers, one by one, took the stage, the audience voted for their favorites by texting. Terry Brown crooned "Fly Me to the Moon"; Jennifer Simmons energized us with "Can't Hurry Love"; and Lana Spence belted out "Mercedes Benz."

But there could be only two finalists.

Julian charmed the audience with Whitney Houston's "I Believe in You and Me," and had the entire crowd on its feet. The cheerful New Jersey native has family roots in Puerto Rico, and he sings not only in English and Spanish, but Italian — finishing the evening with Andrea Bocelli's "Time to Say Good-bye." What an amazing voice and stage presence he had.

Ká made it to the Final Two with a strong, moving rendition of Bette Midler's "Wind Beneath My Wings." The grandmother of eight, from Florida, then lit up the auditorium with her final song, "You Light Up My Life."

Here's where "opportunity" meets "unexpected": As Patti, Taylor and I talked, we found it incredibly difficult to decide between these two very talented finalists. And so AARP CEO Jo Ann Jenkins opened the door for both of them: Boomer Superstar became Boomer Superstars!

Julian and Ká are on to the next adventure in their lives. They know it's not about age. (Julian's take: "Sixty is the new 59!") It's about what this personal victory says about sharing their talents and experiences. Ká said, "My hopes are that someone's heart will be touched by my gift." My heart certainly was!

Emilio Estefan is a music mogul, a restaurateur, a father, a husband and a philanthropist. As Life Reimagined ambassador for AARP, Emilio will share his expertise on a variety of subjects, including his passion for living, mentoring, entrepreneurship, philanthropy and much more.