Grownups Seize the Spotlight in the 2023 Oscar Nominations

Stars over 50 were nominated in all acting categories, and the best picture contenders owe their success to older viewers 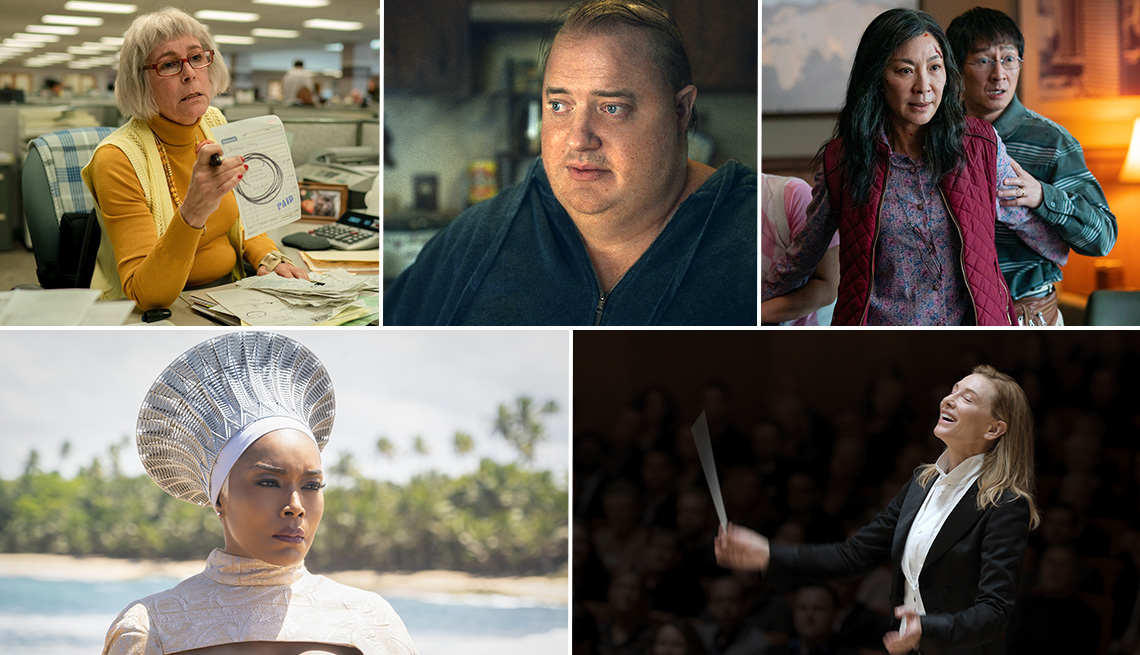 (Clockwise from top left) Jamie Lee Curtis in “Everything Everywhere All at Once”; Brendan Fraser in “The Whale”; Michelle Yeoh and Ke Huy Quan in “Everything Everywhere All at Once”; Cate Blanchett in “Tár”; Angela Bassett in “Black Panther: Wakanda Forever.”
Allyson Riggs/A24; A24; Allyson Riggs/A24; Focus Features; Annette Brown/Marvel/Walt Disney Studios
By

The 2023 Oscar nominations proved the clout of grownup talents, and the grownup audience, in the art and business of film.

Nine out of 20 nominations in the acting categories went to actors over 50, and Jamie Lee Curtis, 64, Brendan Fraser, 54, and Michelle Yeoh, 60, show it’s never too late to be at the top of your career, receiving their first Oscar nominations.

Two of the biggest hits among the best picture nominees, Elvis and Top Gun: Maverick, were made hits by viewers over 50. About two-fifths of the viewers who gave Tom Cruise his first billion-dollar hit at 60 were over 45, one-fifth over 55.

All of the best picture noms were substantially driven by older audiences and their good taste. The other contenders: All Quiet on the Western Front, Avatar: The Way of Water, The Banshees of Inisherin, Everything Everywhere All at Once, The Fabelmans, Tár, Triangle of Sadness and Women Talking.

Here’s a look at how grownups did in the Oscar nominations: 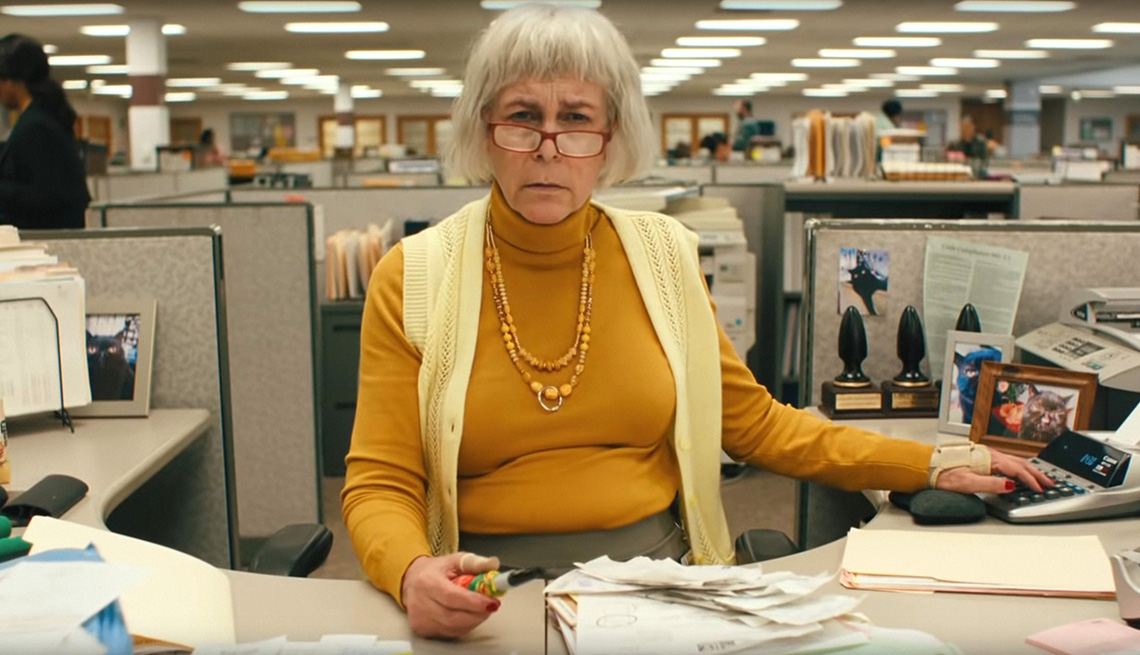 Curtis, who will accept the AARP Movies for Grownups Career Achievement Award on Jan. 28 (watch the ceremony on PBS’s Great Performances Feb. 17, 2023, at 9 p.m. ET), earned a nomination for best supporting actress in Everything Everywhere All at Once, in which she plays Deirdre Beaubeirdre, the hilariously awful IRS investigator who torments the heroine, Yeoh — who was nominated for best actress.

Their beautiful personal bond in real life enriched their performance as enemies in the film, and a picture of Curtis exultantly congratulating Yeoh for her recent Golden Globe Award win became a huge internet meme. “It was a little miracle of a movie,” Curtis told AARP. “I fell in love with Michelle Yeoh and never let go.” Curtis became an overnight star at 19 in the scare flick Halloween, and she’s a far bigger star now. “I feel very fortunate that I’m having more creative opportunities than I did as a youngster,” she says. 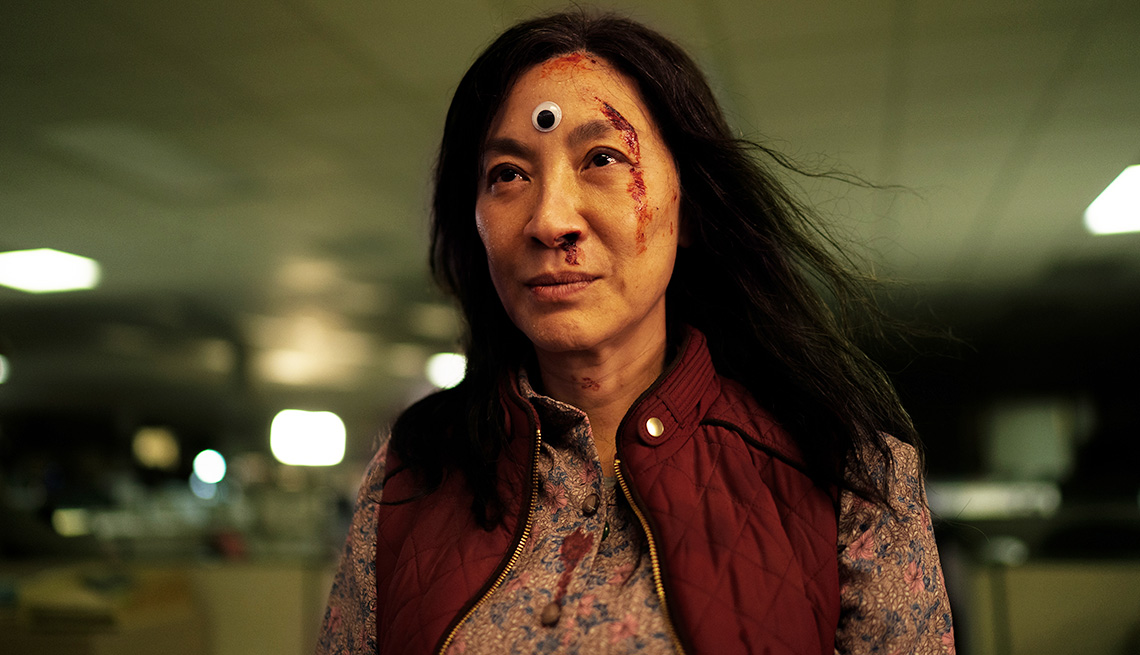 Yeoh, who broke out 23 years ago in Crouching Tiger, Hidden Dragon and helped make 2018’s Crazy Rich Asians a historic hit, made history again, not only for earning an Oscar nod at 60 but as the first woman who identifies as Asian nominated for best actress in the 95-year history of the Oscars. (Merle Oberon was nominated for The Dark Angel in 1936, but she hid her Sri Lankan ancestry to succeed.) “It’s taken a long time,” Yeoh told The Hollywood Reporter. “I think this is beyond just me. It represents so many who have hoped to be seen in this way, to have a seat at the table.﻿” 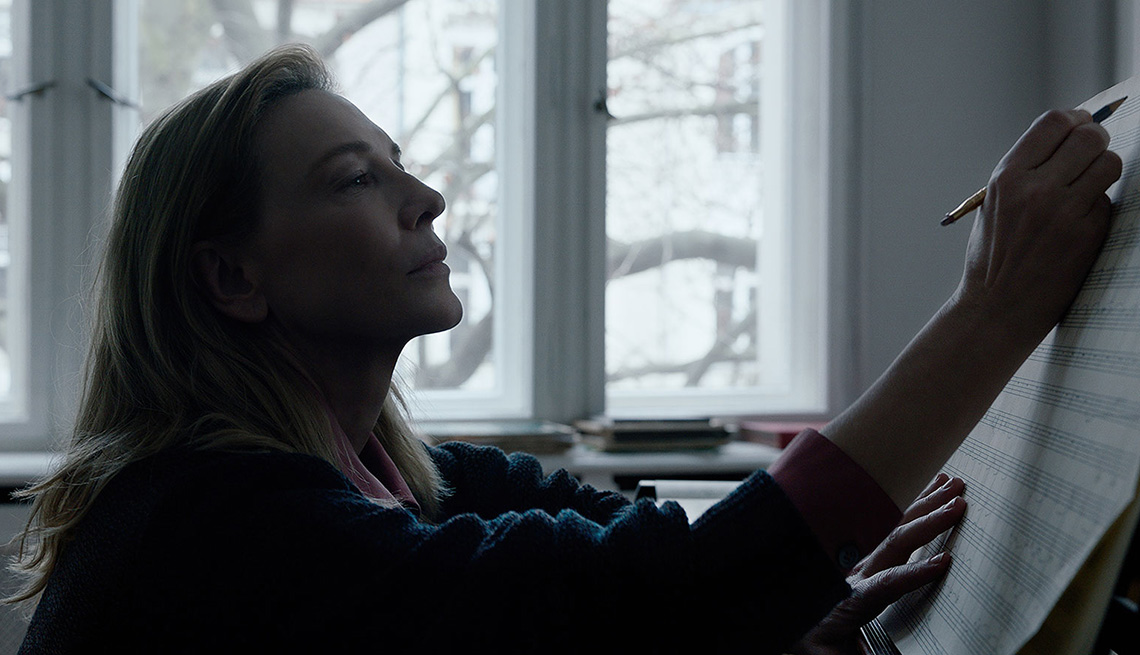 Cate Blanchett, 53, gave her Tár director Todd Field, 58, a huge comeback after 16 years away from the business. The film was controversial, but few denied the mastery of her overwhelming performance as an impossibly demanding, extraordinarily morally flawed symphony conductor. 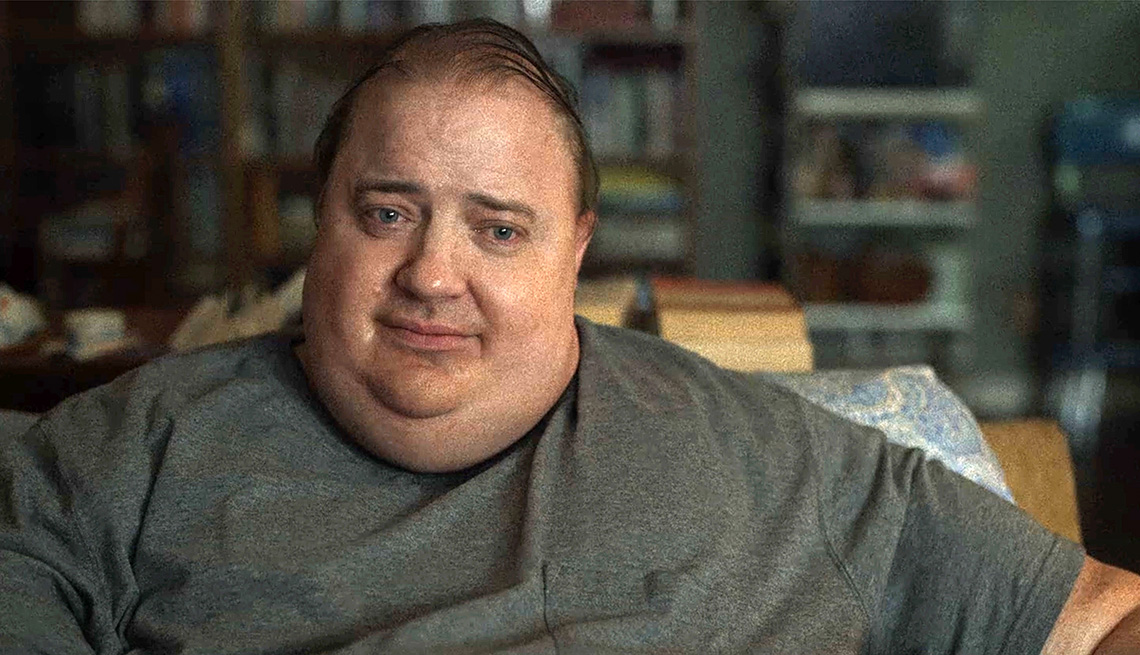 Brendan Fraser returns to the A list in a daring role

Performers over 50 took at least two of the five nominations in each of the acting categories, and some thought the sweetest was best actor nominee Brendan Fraser, who made a titanic comeback at 54 as the tragic yet noble hero of The Whale after many years in career limbo. 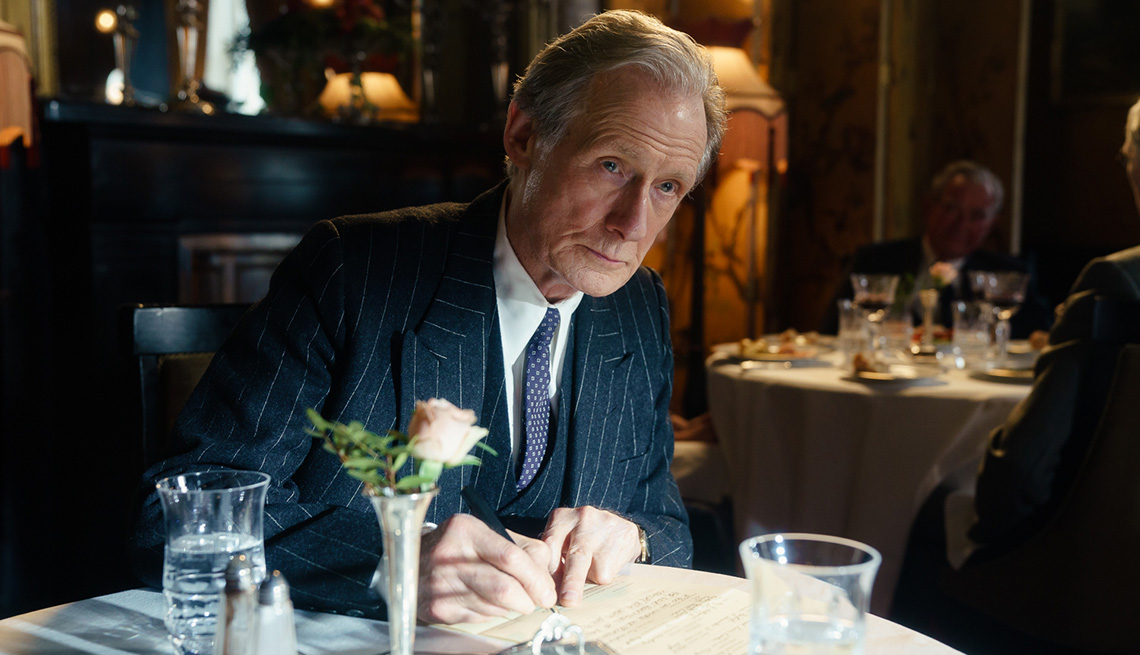 Bill Nighy scores a hit his first time at bat

In his first conspicuous lead role at 73, Bill Nighy made the story of a dying man in Living an exhilarating tribute to making one’s last days meaningful, not raging at the dying of the light but triumphing despite it — and making his life count. 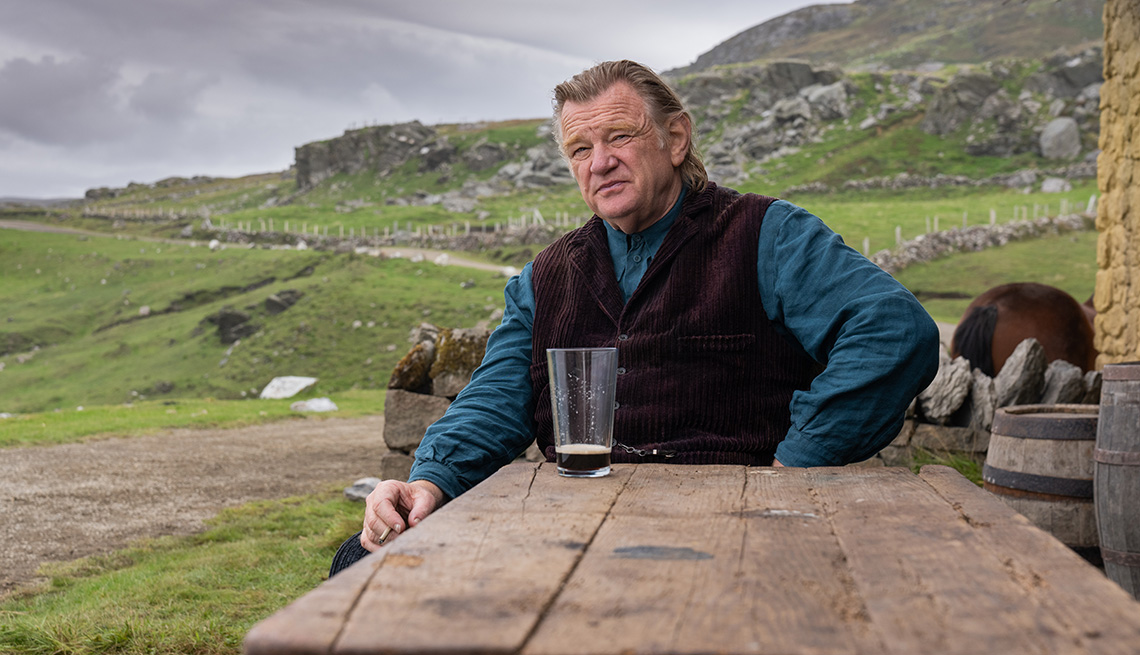 Not only did Gleeson earn his first nomination at 67, for best supporting actor as the inexplicably irascible best friend turned enemy in The Banshees of Inisherin, he helped propel Ireland to its best Oscar showing ever — the film got nine noms, more than 2022’s Belfast and 1993’s In the Name of the Father. 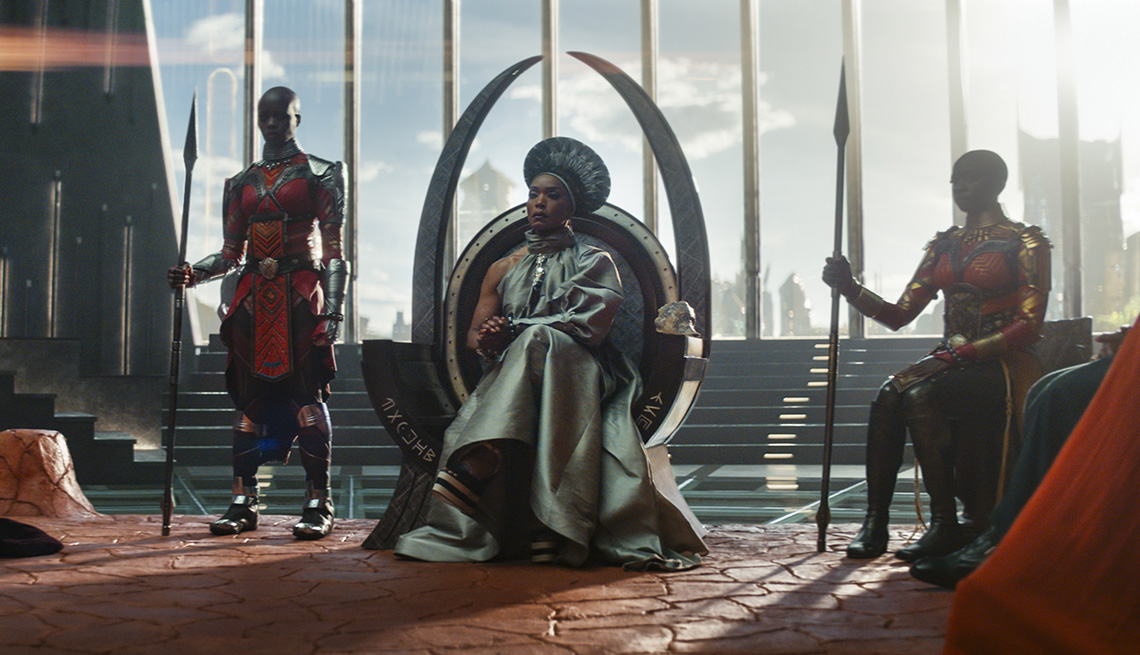 Angela Bassett, 64, joined Curtis as a supporting actress nominee. In Black Panther: Wakanda Forever, Bassett channeled her real-life grief over the death of the first Black Panther’s lead actor, Chadwick Boseman, into a deeply moving performance as his character’s grieving mother. Roles for older women in movies used to be negligible, but she made her Queen Ramonda character a driving force of the film. 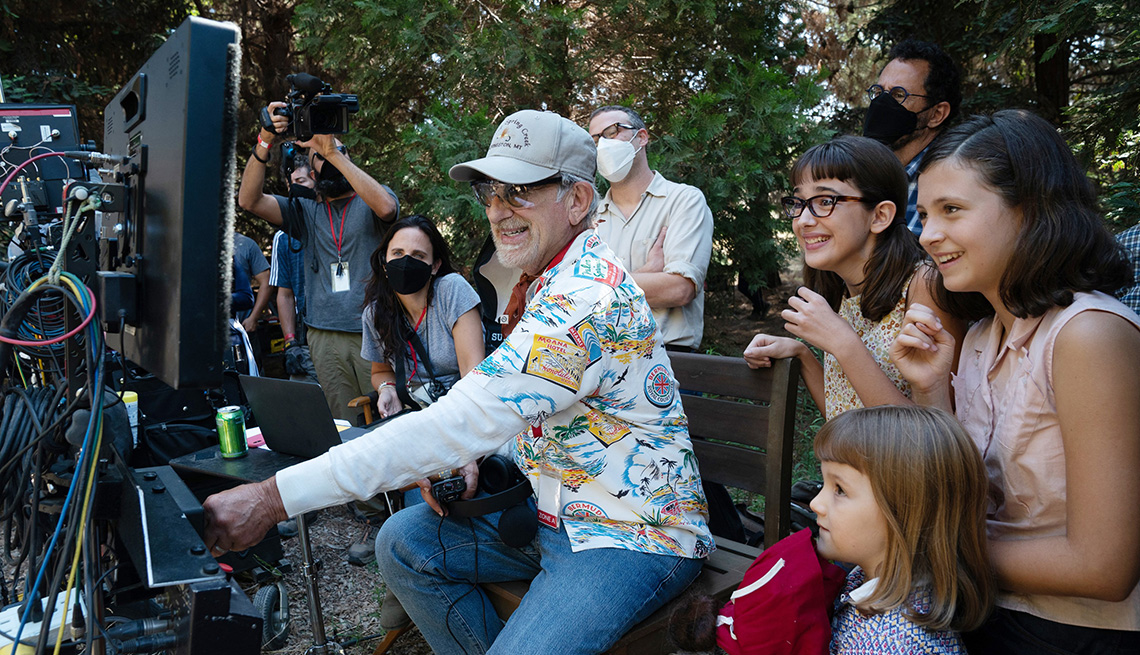 The Fabelmans, about the real life of Spielberg, 76, was an autobiographical coming of age story that grownups could relate to, and he joined Tár’s Field and The Banshees of Inisherin’s Martin McDonagh, 52, as best director nominees, outnumbering the under-50 contenders in the category. 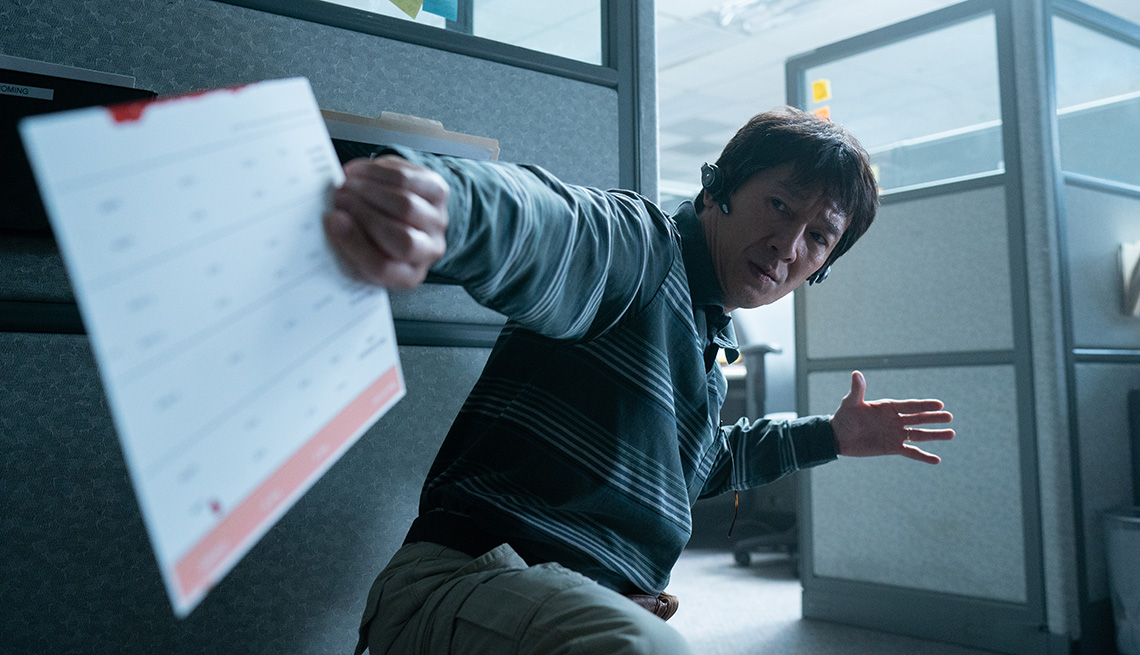 Ke Huy Quan, 51, who broke into film at 12 in Spielberg’s Indiana Jones and the Temple of Doom, had a career slump even worse than Fraser’s but roared back to the top as Yeoh’s character’s husband in Everything Everywhere All at Once. His emotional reunion with Spielberg on the red carpet was one of the most moving moments of the awards season. “I love this man so much,” Quan said at the Golden Globe Awards. “He is the reason why I fell in love with acting.” And America has fallen in love with Quan again. Few child actors get a chance to be grownup stars fulfilling their promise, and older audiences exulted in his virtually unprecedented return to the limelight after so long in the shadows of showbiz. 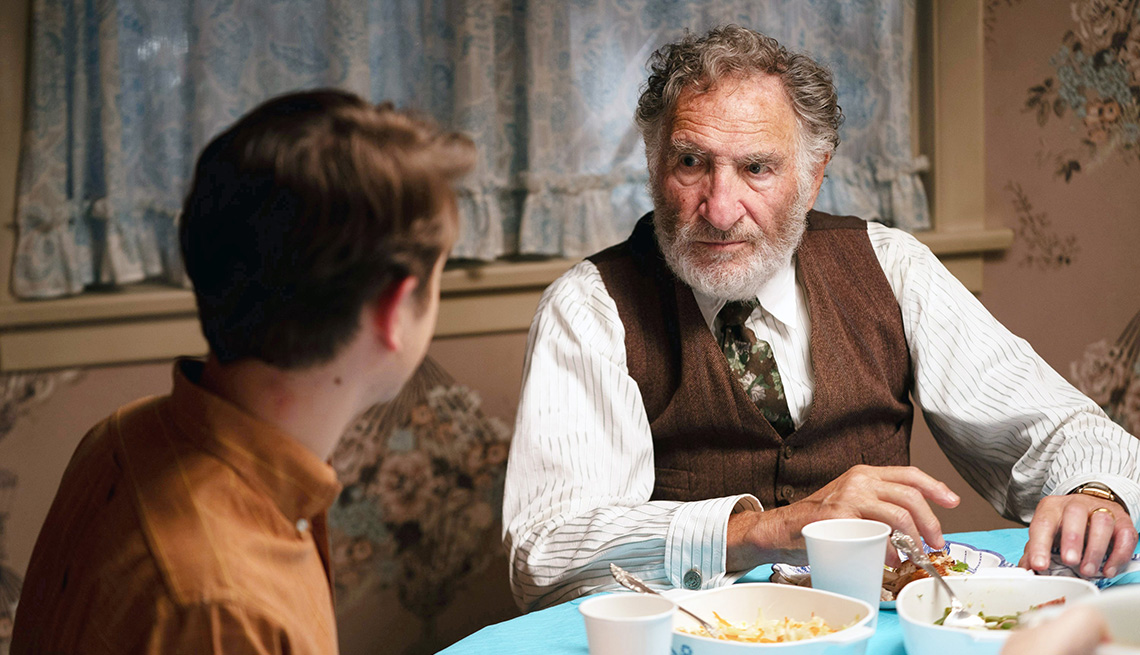 The most inspiring Oscar nomination for The Fabelmans — or perhaps any film of the year —﻿ may be that of Judd Hirsch, 87. Hirsch has won the best actor Emmy Award twice and the best actor Tony Award twice. This is his second Oscar nomination for best supporting actor, and it’s for a very grownup role similar to the wise psychiatrist he played in 1981’s Ordinary People: the wise elder who warns the hero in The Fabelmans that “Art will give you crowns in heaven and laurels on Earth, but it will tear your heart out.”﻿ Hirsch tore our hearts out in less than 10 minutes onscreen, a rare achievement in any Oscar year.﻿

The Oscars, and the movie industry, are themselves in need of a comeback, as pandemic and streaming media transform the business. In this year’s nominations, the shining hope for movies that matter and that will endure is the crucial contribution of grownup stars, directors and viewers. In that sense, we all won at the Oscars this year.﻿ 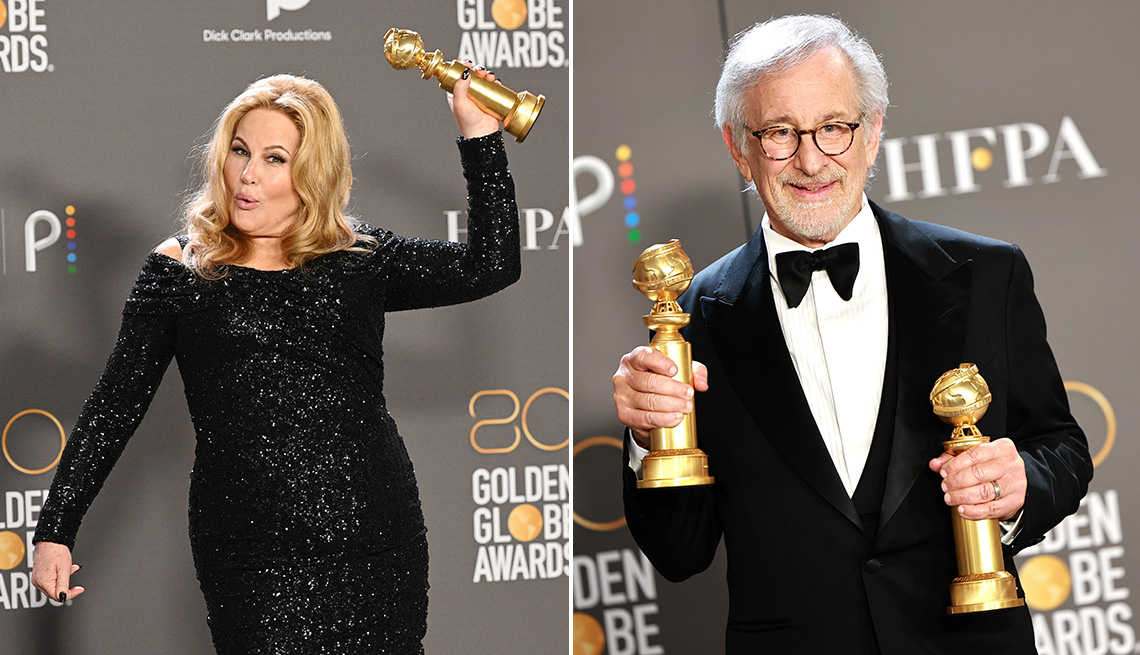 Highlights of the Golden Globe Awards 2023 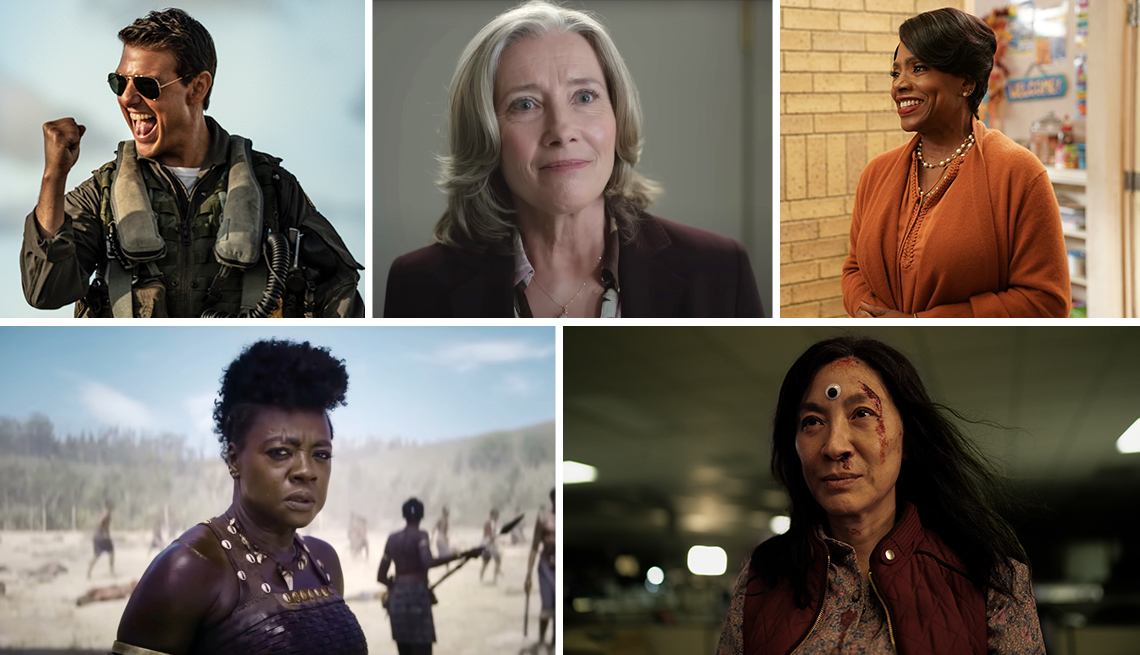 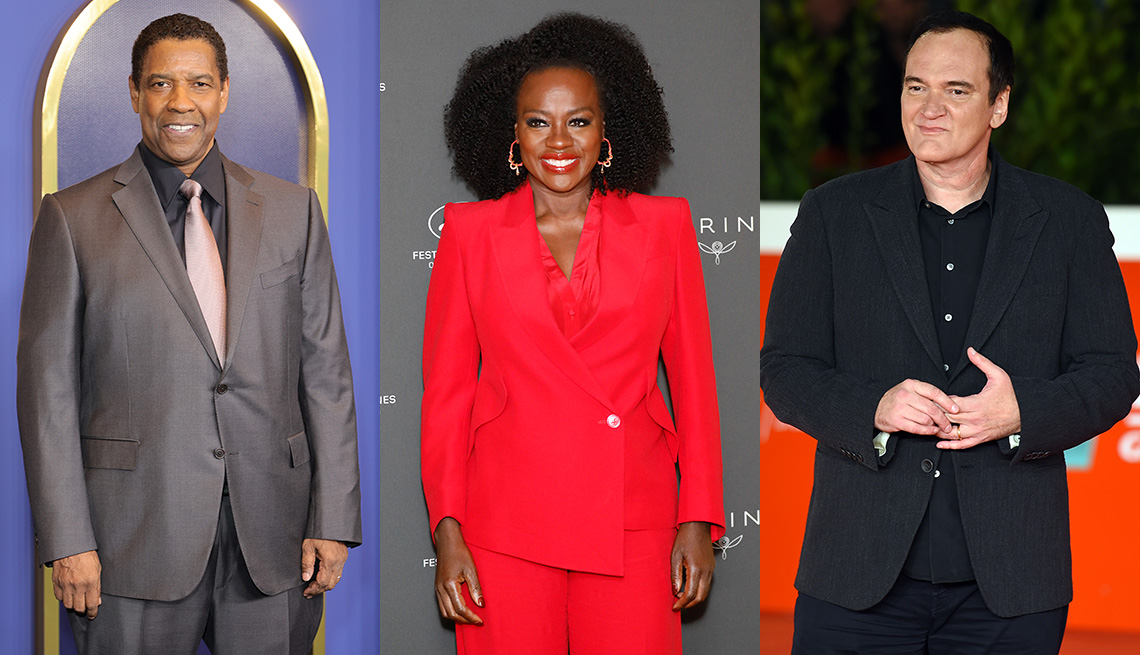 The 10 Most Inspiring Filmmakers Over 50

These stars and directors are more creative than ever