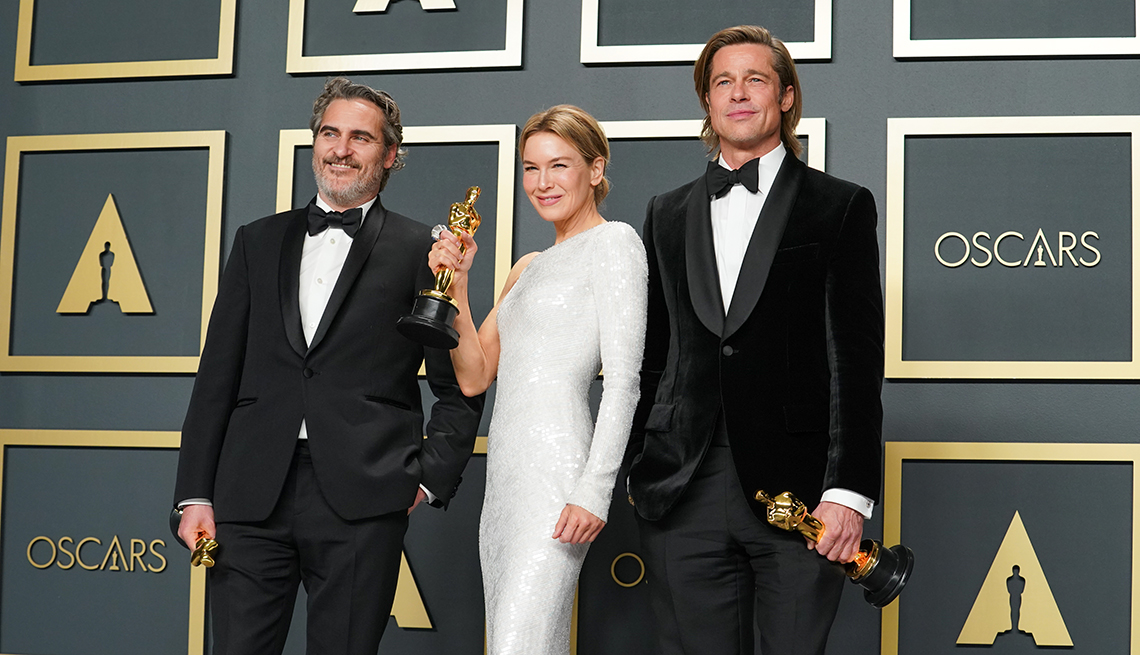 Women may not have been nominated for best director at the 2020 Oscars, but they had a winning night nonetheless, as did the Korean film Parasite, which won four awards including international feature film, best picture and best director.

Many of the 92nd Academy Award ceremony’s best moments centered on female performers. And because the show did not have a host, entertainers — including Idina Menzel, Billie Eilish, Eminem and Elton John — filled the gap. Among the top moments: 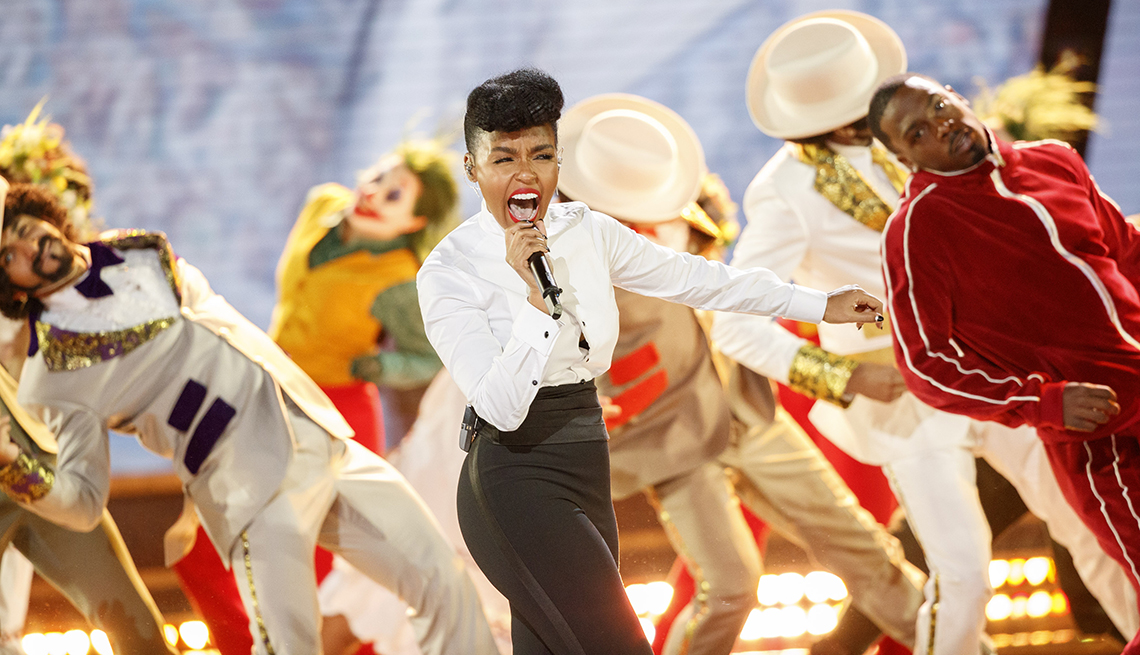 Superstar singer-actress Janelle Monae brought the Hollywood crowd to its feet with a rousing opening that began with a Mister Rogers red cardigan sweater and a sweet rendition of that children’s show theme song “A Beautiful Day in the Neighborhood” and ended with an energetic dance party rewrite of her hit “Come Alive,” with lyrics urging the Motion Picture Academy to get more diverse. “Oscars so white, it’s time to come alive!” she sang, calling out missing nominees Dolemite Is My Name, Us and Hustlers. 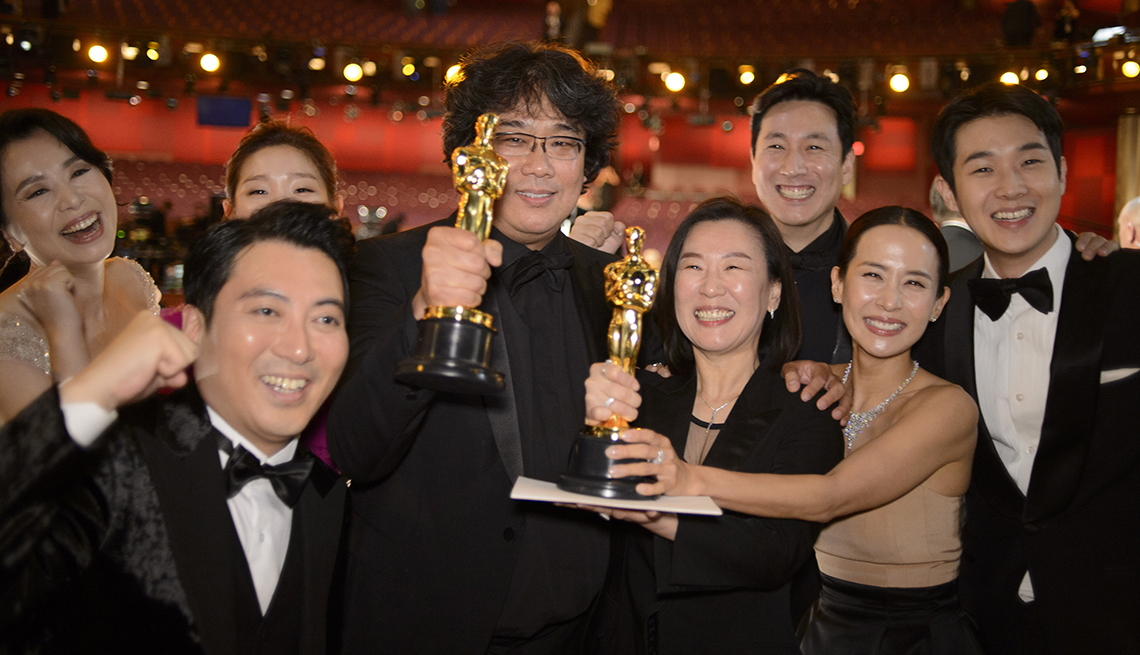 Parasite writer and director Bong Joon Ho, 50, had a night worth celebrating and he declared he’d be drinking until dawn. His film won four Oscars (for directing, screenplay, international film and best picture). Bong is the first Korean nominated for best director, and Parasite is the first Korean movie to win an Oscar and the first foreign-language film to win best picture. In the most emotional of his four Oscar acceptance speeches, for director, Bong said through a translator that he “carved deep into my heart” the motto, “The most personal is the most creative.” Then he added in English, “That quote is from our great Martin Scorsese." The room erupted with applause and all rose to their feet for Scorsese, 77, widely regarded as the industry’s elder statesman and great artist. Bong thanked his fellow nominees and said, “I would like to get a Texas chainsaw, split the Oscar trophy into five and share it with all of you.” 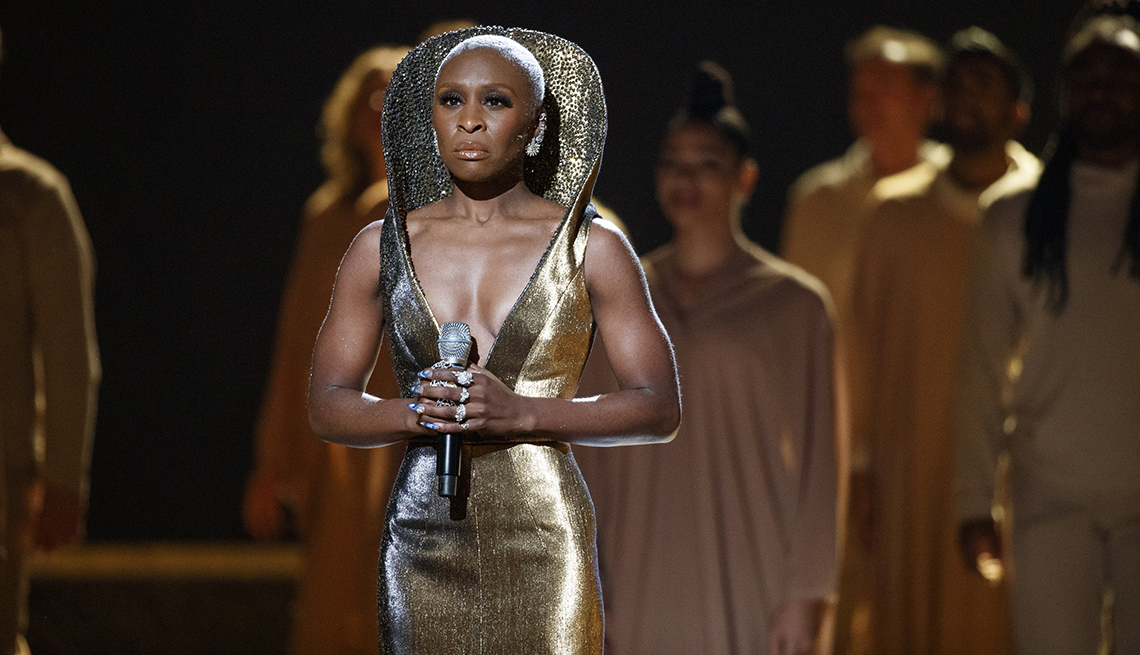 Best actress nominee Cynthia Erivo onstage for her musical performance of "Stand Up" at the 92nd Academy Awards.

Cynthia Erivo, a best actress nominee for the film Harriet, about the Underground Railroad hero Harriet Tubman, delivered a beautiful musical performance of the song she cowrote, “Stand Up.” Attired in an Oscar-gold gown with a dramatic high collar, she sang, "That's when I'm gonna stand up / Take my people with me / Together we are going … Can you hear freedom calling?” The audience heard her loud and clear; she earned a standing ovation, if not an Oscar. 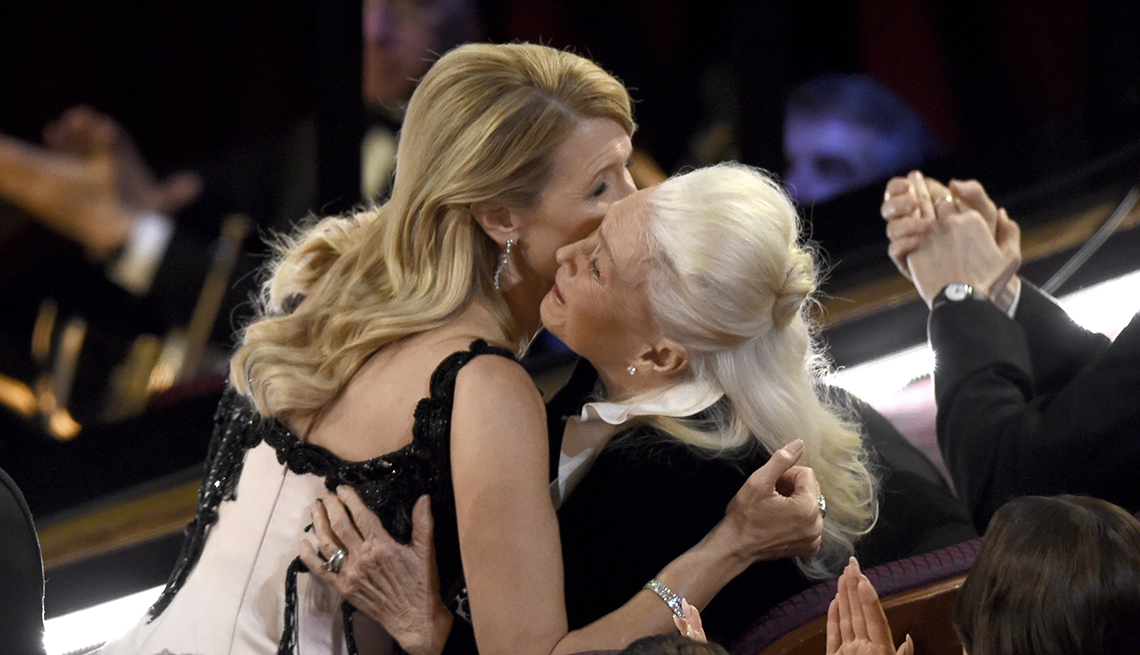 “Some say never meet your heroes,” said Laura Dern, 53, as she delivered a lovely speech to accept best supporting actress for Marriage Story. “I say if you’re really blessed, you get them as your parents. I share this with my acting heroes, my legends, Diane Ladd and Bruce Dern.” Her mother, 84, who has three Oscar nominations of her own, was in tears as she watched her daughter from the audience. And Dern quoted her father’s signature phrase: “You got game,” she said to the room. “I love you. Thank you all for this gift.” 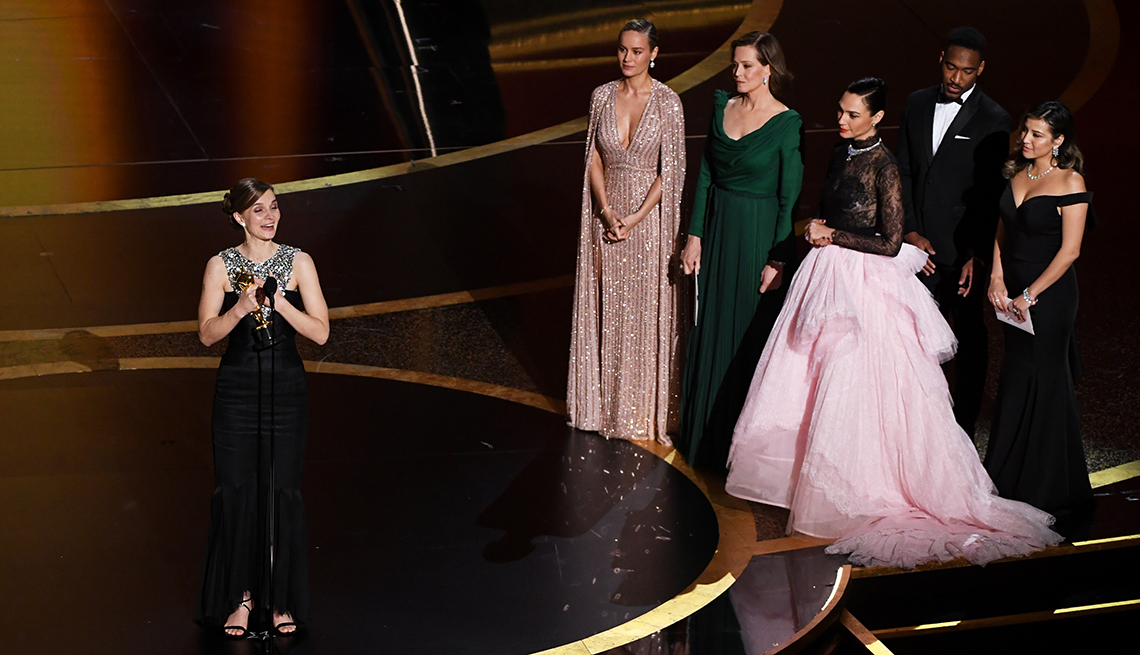 Three actresses who have played superheroes, Sigourney Weaver, Gal Gadot and Brie Larson, introduced a historic performance of the Oscar-nominated original scores — it was conducted for the first time in the 92-year history of the awards by a woman, Eimear Noone. Wisely, the show’s director kept the camera on Noone, leading her orchestra with inspirational verve. The moment was made all the more special when the award went to Joker composer Hildur Guðnadóttir, the first woman to win for a dramatic composition. 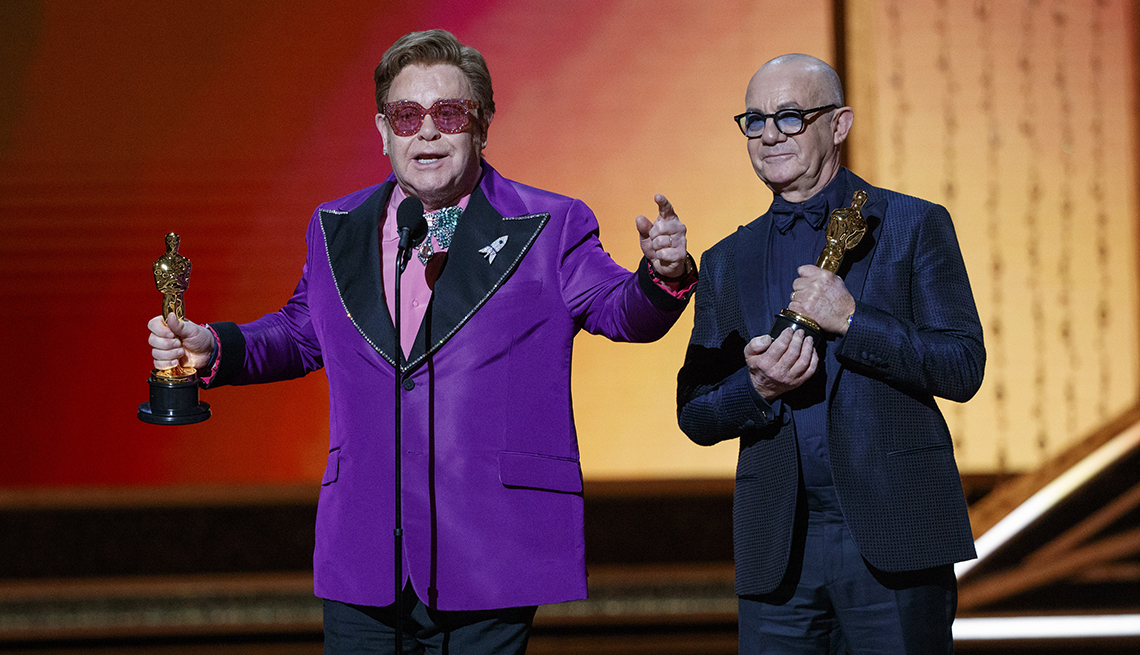 Elton John, 72, and his longtime friend and original lyricist Bernie Taupin, 69, wrote plenty of famous songs, but they never shared a major award until their Rocketman tune “I’m Gonna Love Me Again” won the best original song Oscar Sunday. After a lively performance of their song, John joined Taupin to take the statuette and said, “Thank you to Bernie, who has been the constant thing in my life. When I was screwed up, when I was normal, he’s always been there for me.” It’s been 25 years since John won an Oscar — for The Lion King, with lyricist Tim Rice — and to see him share it with his oldest and dearest collaborator Taupin was an indelible moment.

More on the Oscar Winners