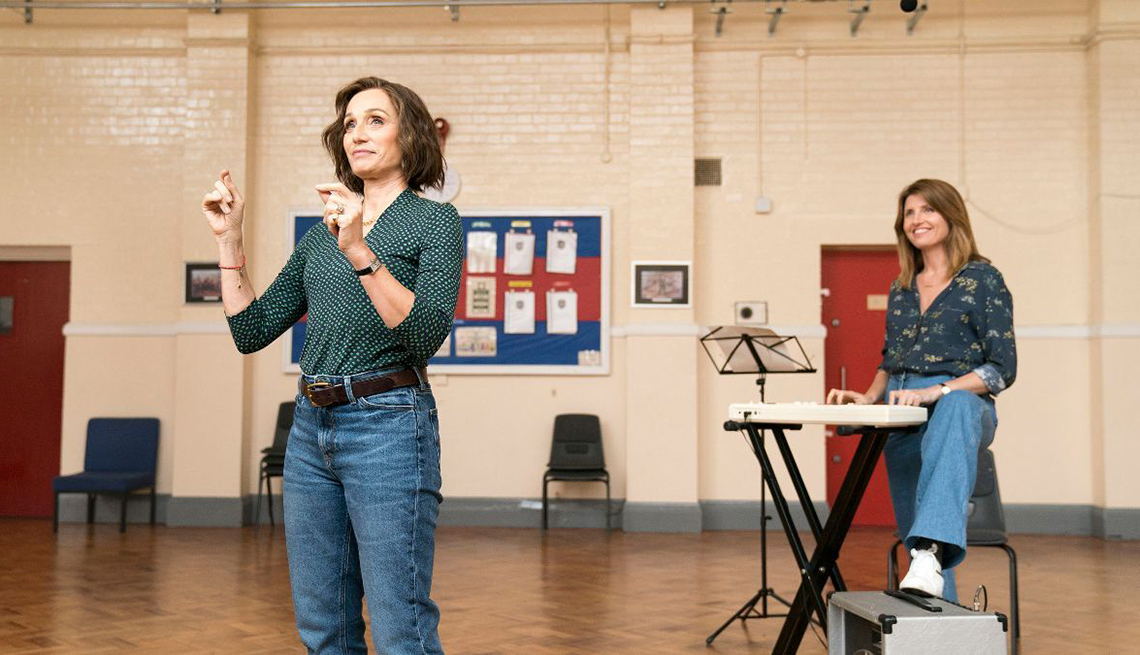 En español | A feel-good movie from the director of The Full Monty, about a story too good to be true — except it is true. Kristin Scott Thomas, 59, plays a woman who forms the world's first choir of women whose significant others serve in the Afghan war. Their act wins fame and a spot at the Royal Albert Hall. “Singing, like sport, is known to make you happier,” Scott Thomas says. So, we bet, will this flick.

In a thriller for the #MeToo era directed by the showrunner for the must-see thriller show Killing Eve, the genius actress Carey Mulligan plays a barista who becomes a one-woman justice league, pretending to be vulnerably plastered at bars to lure predatory males, who may have no clue they're predatory, to take advantage of her — and then she snaps out of it and turns the tables on them. 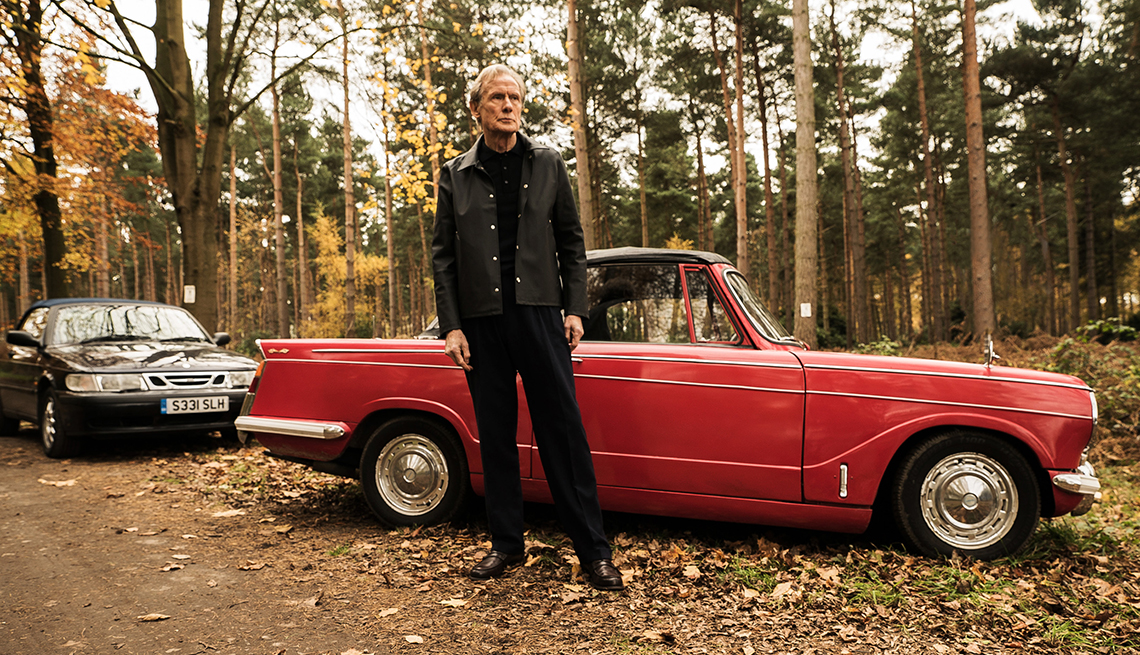 Bill Nighy, 70, the ubiquitously brilliant British character actor (Emma, Love, Actually), stars in a quirky comedy-drama about a Scrabble master obsessed with his lost son, who left home over a Scrabble dispute. Decades later, he's hunting for the boy, staying with his resentful younger son and bonding with his teen grandson — who has father issues, too. An intergenerational film whose whimsical visual style critics compare to Wes Anderson's.

The Personal History of David Copperfield (May 8) 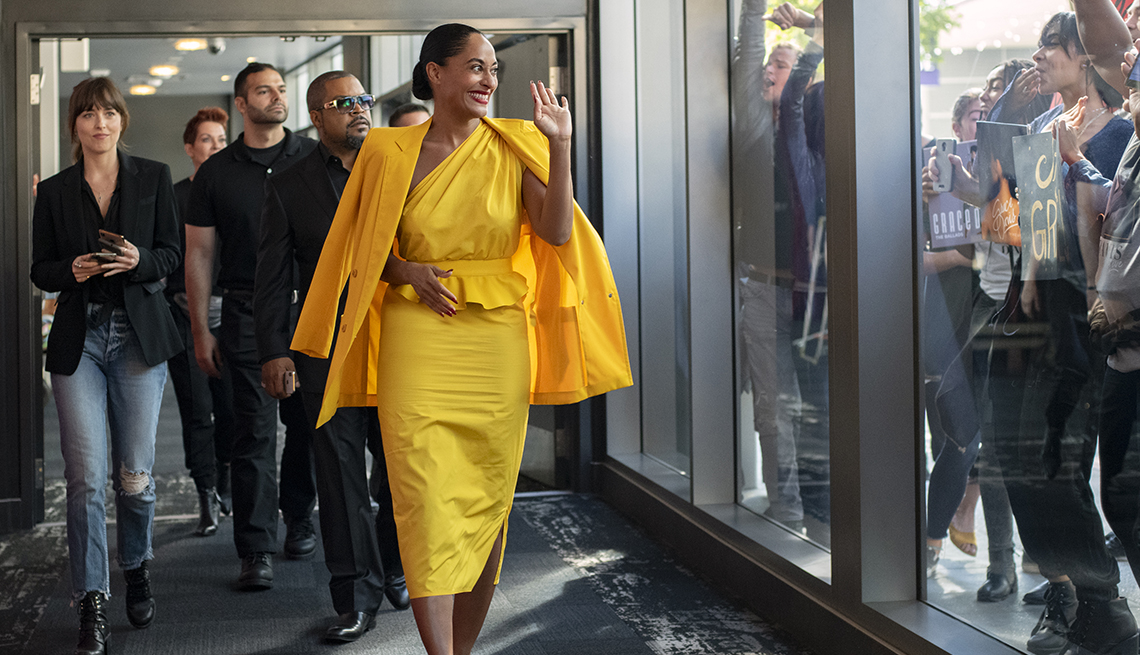 You think you're terrified to sing in public? Try being the daughter of Diana Ross. Tracee Ellis Ross, 47, makes her music debut crooning six tunes in this comedy about a big-time Hollywood singer and her ambitious assistant and piano accompanist (Dakota Johnson). “I was so scared to sing!” Ross told Entertainment Weekly. Ice Cube, 50, plays her manager, and it costars Eddie Izzard, 58, and Bill Pullman, 66.

Even if the grisly Saw horror-flick franchise isn't your cup of gore, this one might be worth a look (possibly through your fingers). Chris Rock, 55, makes his horror debut as brash Detective Ezekiel “Zeke” Banks — in the shadow of grownup veteran detective Samuel L. Jackson, 71 — who is investigating a mysterious killer ... who, in turn, is interested in Rock. He may refresh the genre with his comic wit. As Quentin Tarantino once said: “Scary and funny — two great tastes that taste great together!"

The Hollywood Reporter called this adaptation of the 2018 best seller about a crime witnessed by an agoraphobic child psychologist (six-time Oscar nominee Amy Adams) “that rarest of Hollywood properties — a grown-up's movie with both box-office potential and an awards pedigree.” Plus, it costars Julianne Moore, 59, and Gary Oldman, 61. But its twisty mystery confused test audiences, so they did reshoots. Could be a clever, Gone Girl-like hit — or just still confusing. 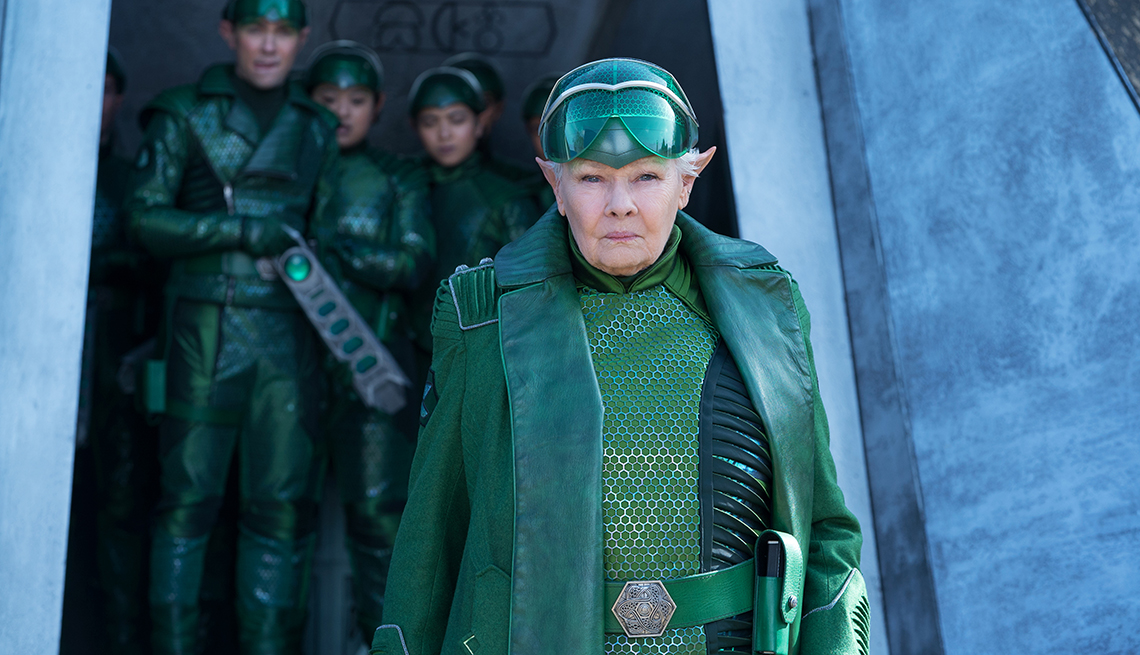 Judi Dench, 85, plays a fairy in quintuple Oscar nominee Kenneth Branagh's fantasy adventure about a kid (Ferdia Shaw) who's hunting for his lost father. But fairies aren't cute and cuddly in this tale. She plays the intimidating, irritable Commander Root, leader of the fairy police force LEPrecon (Lower Elements Police reconnaissance). Branagh has described her as “this gravelly, Churchillian, curmudgeonly figure.” On-screen and off, Dench commands respect.

Editor's note: This article was originally published on March 6, 2020. A Quiet Place Part II, Mulan and Fast & Furious 9 were initially listed in this article but the release dates for these films have been delayed.