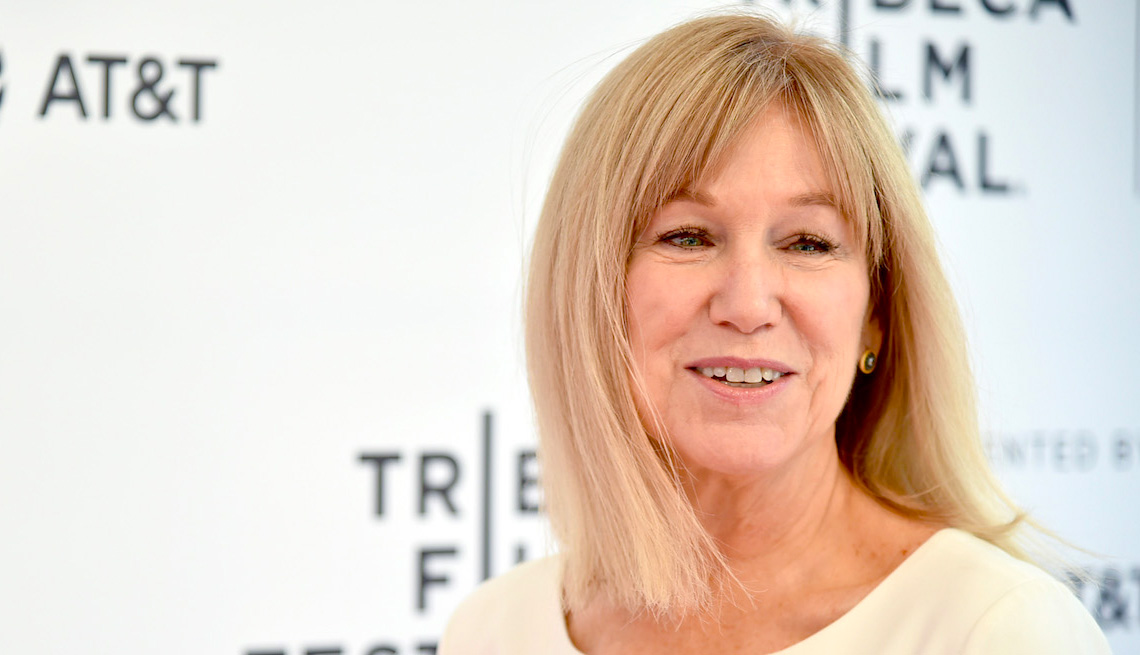 Finally! At 71, Mary Kay Place is the lead of a movie: writer-director Kent Jones’ Tribeca Film Festival award winner Diane. Over the decades, Place has been nominated for a writing Emmy for M*A*S*H, earned an acting Emmy as well as a Grammy nomination for playing country singer Loretta Haggers on Mary Hartman, Mary Hartman, plus received another Emmy nomination for Big Love. In Diane, she channels a rural Massachusetts mother of an opioid-addicted son. Diane’s life is a relentless series of errands that involve laundry and casseroles and visiting her terminally ill cousin. This small-life character study has big resonance, like a Gena Rowlands-John Cassavetes drama from the 1970s.

Place doesn’t just remind you of such screen legends; she’s been an important figure ever since she drove her VW from her hometown of Tulsa to Hollywood and got discovered by Norman Lear, who first cast her in a 1973 episode of All in the Family. Her breakout movie role was Meg the lawyer in The Big Chill, who was trying to have a baby with William Hurt's character, and she’s done great work in numerous films and shows: Bound for Glory, Being John Malkovich, Citizen Ruth, The West Wing, Grey’s Anatomy, Grace and Frankie, Black-ish. The diminutive singer with the throaty laugh hopped on the phone with AARP, her familiar Oklahoma twang sounding like the plain-spoken gal she's been playing on-screen in various incarnations for nearly 50 years.

Diane is a character at an emotional crossroads. How would you describe her?

She's a woman who lives to serve others because she's been raised in that tradition. That's what women in her community do when they don't have a job or a career. They serve others with casseroles. She busies herself with a list of to-do's. As her family dies off, and the movie progresses, she becomes more reflective and starts to develop an inner life. She considers what she wants because she's discovered that life is shorter than you think.

It's ironic that you were the woman most concerned with her biological clock in 1983’s The Big Chill, the first big hit for boomers about aging. How does it feel looking back on that moment?

What I learned through doing that part is that I didn't have that biological clock. It was OK if I didn't have a child. I don't know if I knew that prior to playing Meg. If this doesn't happen in a natural way — my parents were together 60 years and true companions. All these other ways don't feel right to me. Not that I judge other friends if they use a sperm donor or in vitro but, by playing this part, I knew in my bones and my heart that it was OK if I didn't have a child. Later, I thought, I think I've had six children and a needy husband in a past life. I wanted to stand up on my own two feet this time around for me.

Before The Big Chill, you rejected an offer to write on the first season of Saturday Night Live. Why?

I was offered a writing spot, but I was already hooked up with [Lear’s] Mary Hartman, Mary Hartman, which was definitely more in my wheelhouse. I wasn't experienced in sketch writing.

Was that a peak period in your early career?

It was a golden zone. I was recognized as an actor, singer — I wasn't that good — and, because of that show, I was brought into the world. We were producing 30 minutes five days per week — it was soap opera plus comedy. It was both a coming of age and a trial by fire. We were worn to a nub. Columbia Records offered me a recording contract. I was touring publicity for the show and making movies — [Martin Scorsese’s] New York, New York. And I really burnt out. It was 24 hours a day, and I didn't know how to pace myself.

Did you ever have a lead movie role before Diane?

I've never carried a movie. This is the first time. They have rules about what's a bankable name, and my name has never been on the list. OK, maybe it was for five seconds in 1976.

Were you concerned you were up to the challenge?

I wondered if I'd have the stamina. We shot it in 20 days, which was exciting and wonderful because you didn't have to gear up. You were just in a flow. However, your body doesn't know you're acting. There's a lot of deep painful stuff in this part, and it's stressful on your body.

"The universality of this movie, and how it resonated from Czechoslovakia to South America to my hometown of Tulsa, really stunned me."

Are there similarities between you, Mary Kay, and Diane?

I do make a lot of lists. [Laughs.] I've been very busy doing things most of my life and checking them off. My parents were Texans, like in The Last Picture Show. Considering my mother, I relate to the casseroles, the community. I spent my entire life going to those get-togethers at my grandparents’ [houses]. My parents both passed away, my aunt and uncle. One cousin is alive at 100 — she's the only surviving elder. So, I related to having a tight close family and losing all of your elders. There are plenty of places I could plug in to Diane, and then use my imagination for the rest.

I have a feature in the works and an episode of the new Netflix comedy AJ and the Queen, with RuPaul. I spent last year traveling to film festivals around the world with Diane. The universality of this movie, and how it resonated from Czechoslovakia to South America to my hometown of Tulsa, really stunned me. When I saw Roma this year, I so related. Families are families, no matter what country you grow up in.

Have you considered retiring?

No. The beauty of acting is you can be the old person in the scene. You can be how you are. And not take parts you're unable to do. It's a demanding job — 15-to 16-hour days — you have to have the energy and tenacity to do it. It's also very fulfilling. There's meaning attached. You learn something from stepping into another person's shoes and looking at life from their POV.