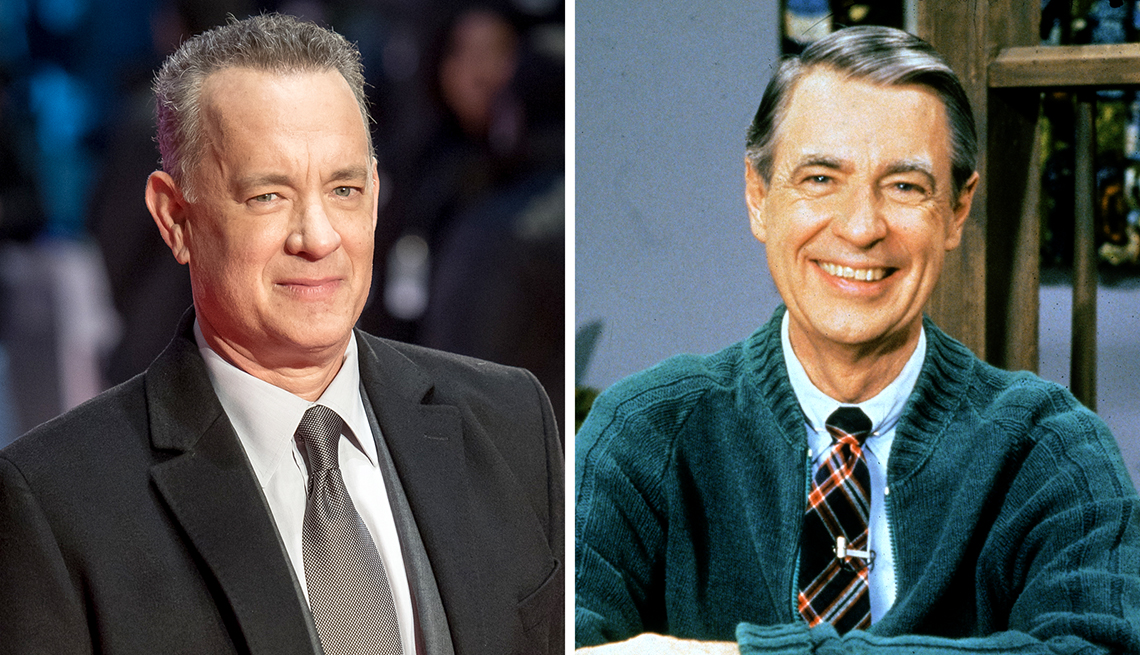 Actor Tom Hanks (left) is set to play TV icon Fred Rogers in "You Are My Friend."

It’s a beautiful day in the neighborhood for Tom Hanks fans. Fresh off his acclaimed role as Washington Post editor Ben Bradlee in The Post, the 61-year-old actor is set to portray yet another real-world figure: Fred Rogers, who, as TV host Mr. Rogers, delighted children for years with his PBS show, Mister Rogers’ Neighborhood. Hanks has played a host of real-life figures, among them astronaut Jim Lovell, congressman Charlie Wilson, pilot Chesley "Sully" Sullenberger and Walt Disney in Saving Mr. Banks.

The upcoming movie follows another buzzy project on Mr. Rogers — the documentary Won’t You Be My Neighbor? — that depicts the TV pioneer over the course of his career at the helm of Mister Rogers' Neighborhood, which ran from 1966 to 2001. The documentary premiered during the Sundance Film Festival in January.

Hanks will star in You Are My Friend, which is about the friendship between Rogers, who died of stomach cancer in 2003 at the age of 74, and Tom Junod, an Esquire reporter and self-described cynic who came to the set of Mister Rogers’ Neighborhood to write a profile of the host. During the process, Rogers changed Junod’s perspective on the world, which the writer documented in his resulting piece for the magazine, titled "Can You Say...Hero?" It was published in 1998.

After Hanks’ involvement was announced, Junod posted on Twitter: “It is finally happening, and in the best of ways. Well-timed, for this moment.”  He wasn't alone in his happiness — Hanks immediately became a trending topic on Twitter, with fans expressing their joy to see the beloved actor taking on one of TV's most heralded figures.