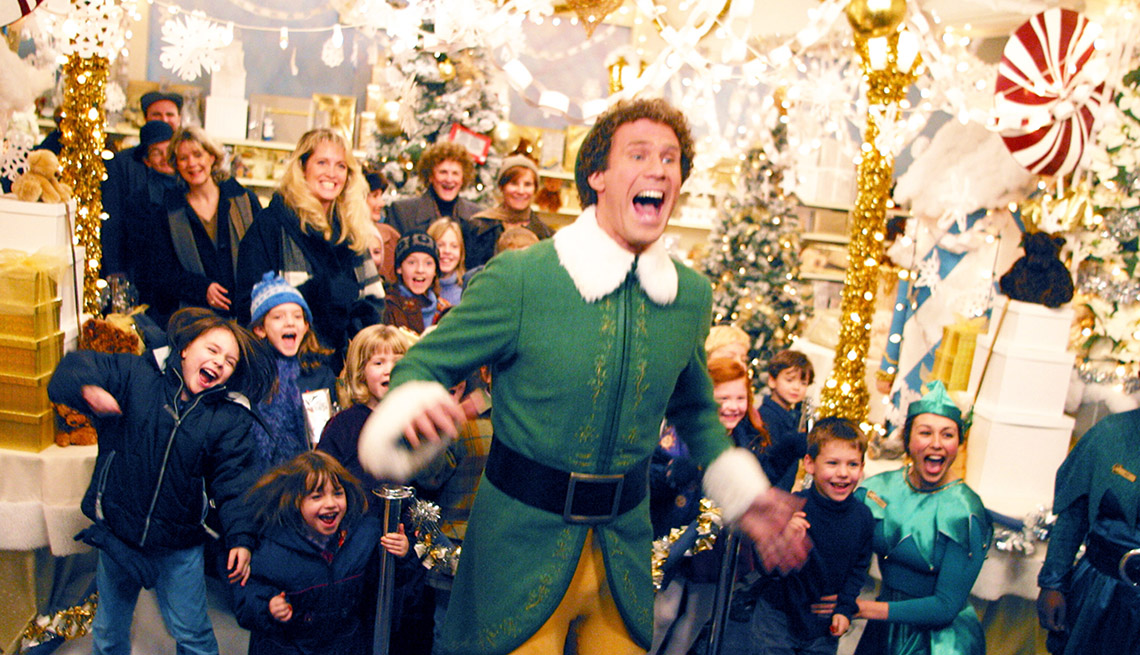 Buddy the Elf (Will Ferrell) is very excited to hear about Santa's visit in the modern holiday classic "Elf".

The holiday season offers a sentimental feast. If it’s not George Bailey discovering Zuzu’s petals in his pants pocket, then it’s Clarice sending Rudolph airborne. “I’m cute, I’m cute. She said I’m cute!!!!” Or maybe it’s Bing Crosby crooning “White Christmas” on repeat. To which we say, “Please sir, we want some more.” And with customizable music channels on Pandora and Spotify and streaming TV and movies on Netflix, Amazon, Hulu and a host of others sites and apps — a more spirited yule is at your fingertips.

When it comes to movies, the definition of a classic holiday flick might be a story that keeps gifting us fresh lessons. Director Frank Capra’s It’s A Wonderful Life and many a version of A Christmas Carol excel in this department.

The most critically lauded movie version of Charles Dickens’ 19th-century novella is the 1951 black-and-white Brit import starring Alastair Sim. But one of the most delightful renditions of Dickens’ parable of greed and redemption, isolation and community, is one for the ears: Jonathan Winters’ reading a script abridged for radio. For years, it was an annual present to listeners from National Public Radio.

It’s hard to engineer a classic or be sure a hit will endure. Which doesn’t mean studios don’t try. (Please, no more Grinches!) Movies with their hallowed holiday status seemingly secured include Love Actually, Die Hard, Home Alone, The Nightmare Before Christmas and Elf.

The Preacher’s Wife, director Penny Marshall’s 1996 update of the Cary Grant vehicle The Bishop’s Wife, has grown more charming over the years. Not the least because the ghost of Whitney Houston haunts it. She plays the church choirmistress and wife of a pastor (Courtney B. Vance) whose prayers summon an angel (Denzel Washington). Backed up by the Georgia Mass Choir, Houston’s “Joy To the World,” is a jump-up, raise-your-hands-high pleasure. The soundtrack was the top gospel album in 1997 and recently arrived on the charts again due to the announcement of a Broadway adaptation with music by Tituss Burgess (Unbreakable Kimmy Schmidt). 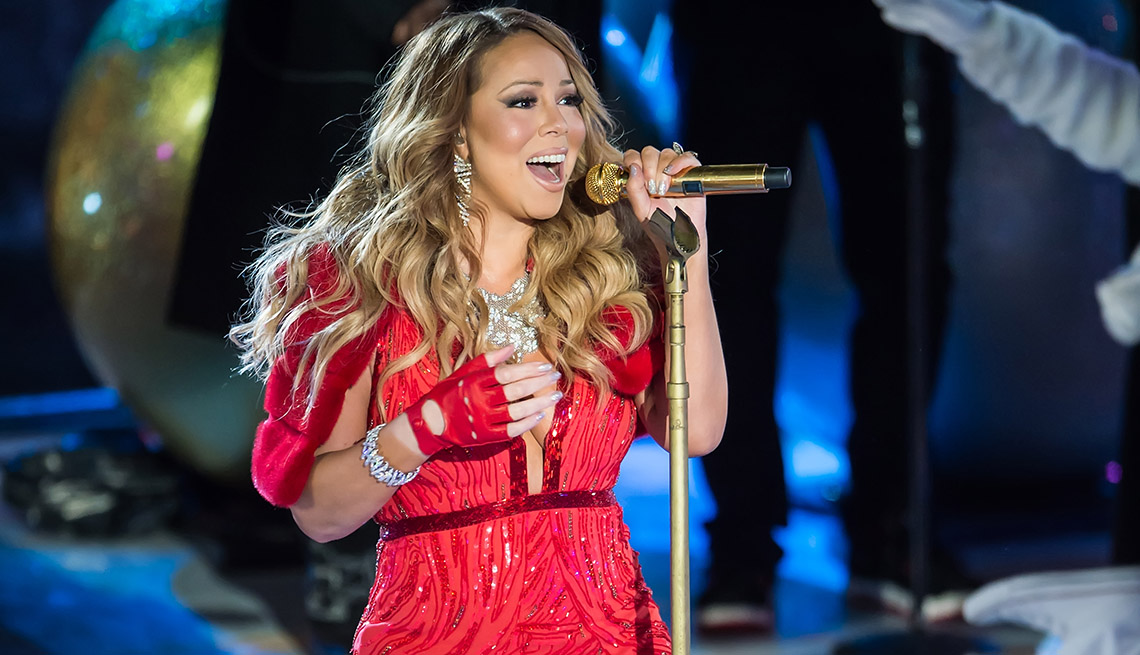 Mariah Carey's "All I Want for Christmas Is You" dominates the holiday radio airwaves and is in heavy rotation at holiday parties this time of year.

"Silent Night,” “White Christmas,” “Jingle Bells,” “The Christmas Song” and “Winter Wonderland” comprise the big five and each has been covered tens of thousands of times. Really. Some of those covers can be found on the following albums, all of which confirm or expand the “classic” category.

Ella Wishes You a Swinging Christmas. Legend Ella Fitzgerald swings sincerely and playfully here. She even teases that most famous of reindeer: “Hang Your Head Down Rudy."  Michael Bublé owns Billboard’s Holiday 100 chart with 12 songs. That’s a handful more than any of the crooners he channels so well. His Christmas album even got an SNL send-up when it was released in 2011. Mariah Carey’s Merry Christmas features the performer with the five-octave range singing standards, as well as her mega-hit, “All I Want for Christmas is You.” Gloria Estefan brings warm, swaying beauty to Christmas Through Your Eyes. Especially pretty: “Arbolito de Navidad.” Elvis’ Christmas Album has been making Christmas a little less blue and a lot more rocking since 1957. With devotional tracks like “Emmanuel” and “A Mighty Fortress/Angels We Have Heard On High,” Amy Grant’s 1983 A Christmas Album doesn’t gloss over the Christian reason for the season. That said, her rendition of Mel Torme and Bob Wells’ “The Christmas Song” floats in the air like the prettiest snowflakes. Alan Jackson’s Honky Tonk Christmas is as eclectic and sure of its audience as James Brown’s Funky Christmas. How much better standing in line would be if Jackson’s twang or Brown’s ecstatic shout played throughout the mall.

And, Christmas isn’t Christmas without the Vince Guaraldi Trio’s A Charlie Brown Christmas. Other instrumental-led albums keeping the spirit of the season: Grammy-winner Yo-Yo Ma and Friends and pianist George Winston’s December. Think of them as chicken soup for the solstice. 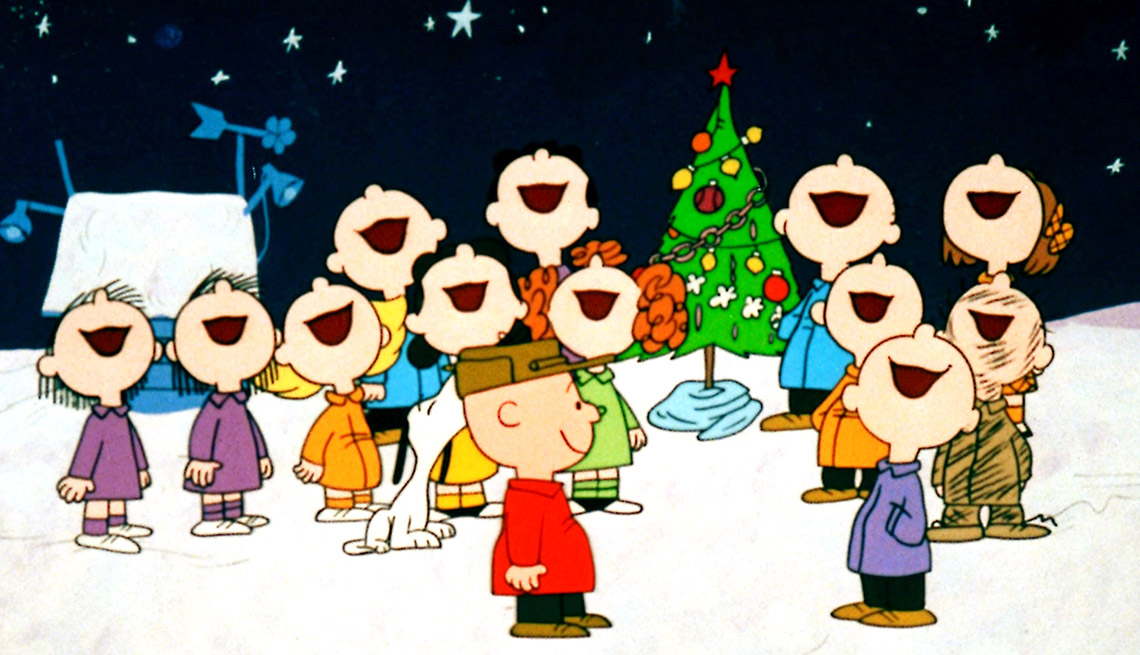 Most beloved television series and sitcoms have at least one classic holiday episode to their credit.

Cheers' “Christmas Cheer” begins with Sam and company complaining about It’s a Wonderful Life, only to have their cynicism teased and defeated. One of the funniest episodes of Seinfeld is a seasonal hoot — “The Pick,” in which Elaine’s Christmas card proves more revealing than celebratory (Hulu, Amazon Prime, YouTube, Google Play and Vudu). But the dearest half-hour may be The Mary Tyler Moore Show’s “Christmas and the Hard Luck Kid,” which finds the perpetually optimistic Mary struggling to remain cheerful when she has to work Christmas Eve and Christmas Day.

Dolly Parton had us at “Hi Lord, it’s Dolly,” in her 2016 Emmy-nominated Dolly Parton’s Christmas of Many Colors: Circle of Love (Amazon Prime, YouTube, GooglePlay). Carrying on its fine tradition of decking the halls from floor to ceiling, the Hallmark Channel has its Countdown to Christmas through Dec. 29. The channel’s Hall of Fame-treat A Dog Named Christmas, is available on Amazon Prime, Google Play and YouTube.

Still, there’s nothing that heralds the holidays like the mid-1960s TV specials — How the Grinch Stole Christmas!, Rudolph the Red-Nosed Reindeer and A Charlie Brown Christmas. Whether you watch them solo reveling in the nostalgia or for the umpteenth time with the grandkids, they are as essential as eggnog and carols. 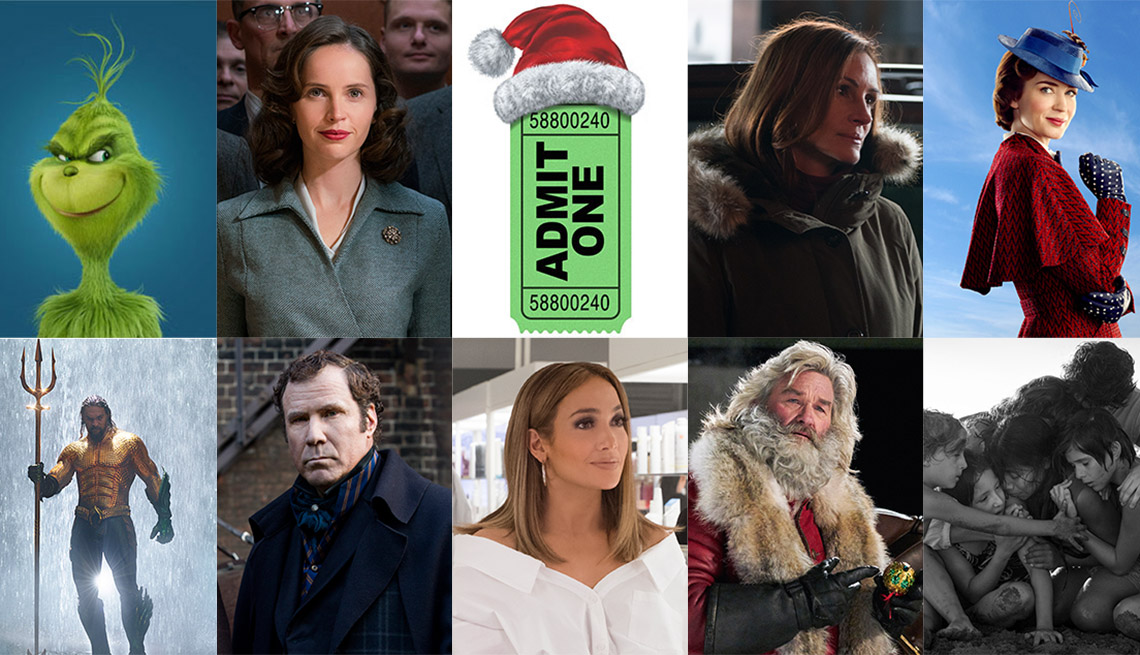 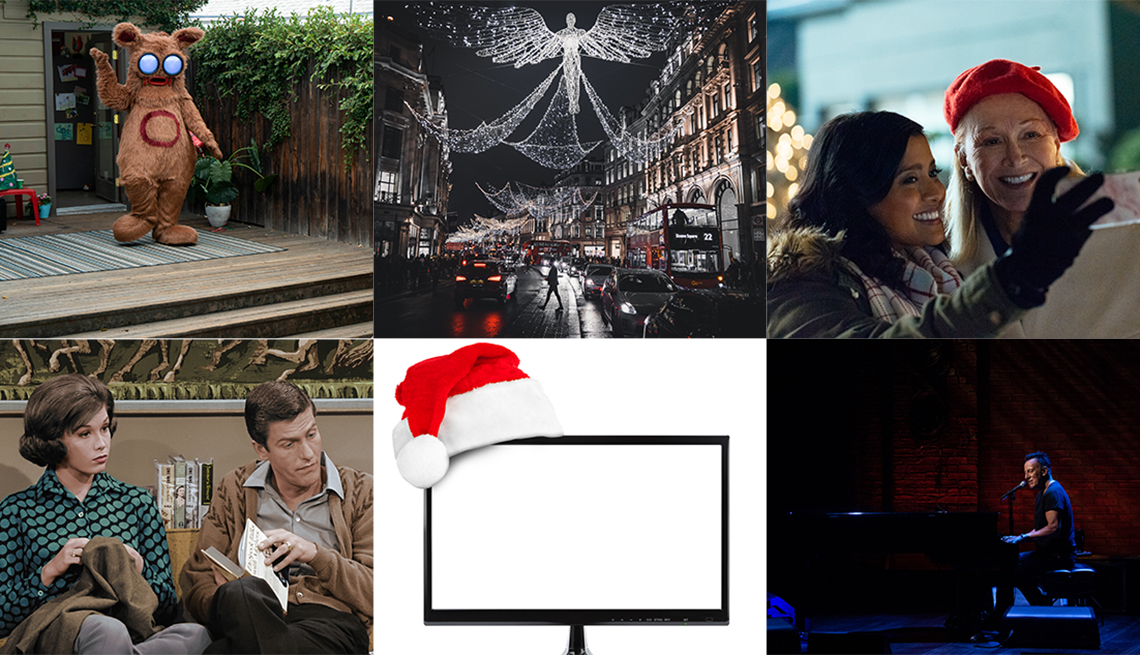