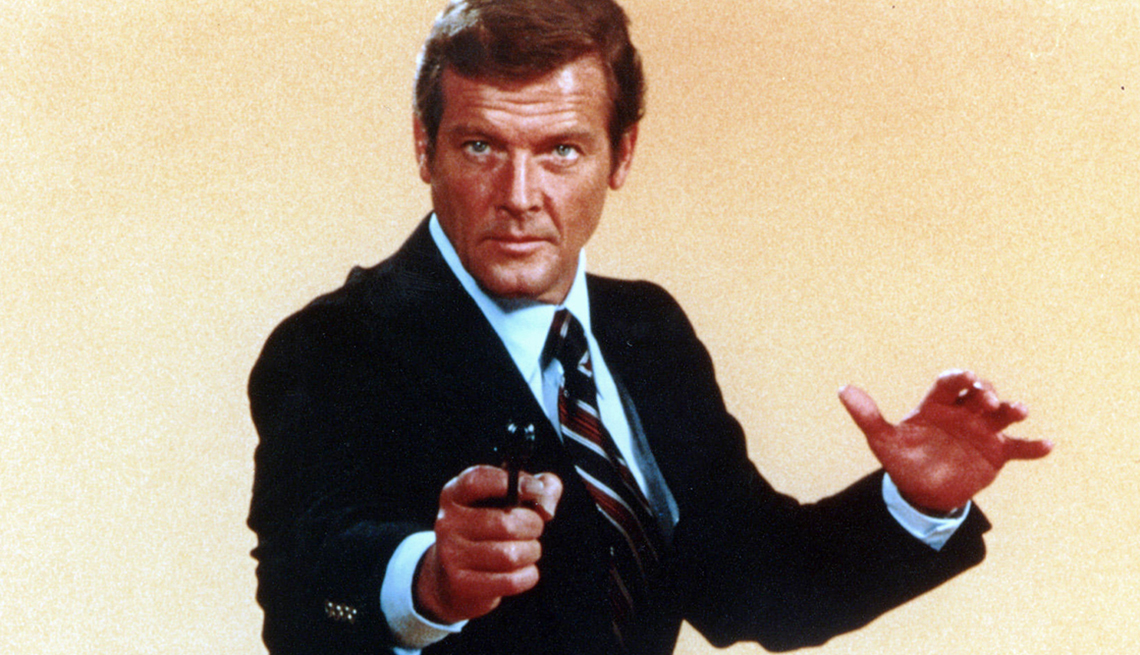 Roger Moore as James Bond in "The Spy Who Loved Me"

En español | Sir Roger Moore, who played suave and sophisticated British secret agent James Bond in seven films from 1973 to 1985, died today in Switzerland, after a brief bout with cancer, according to his family. He was 89.

Moore made his 007 debut in 1973’s Live and Let Die, becoming the third actor to don Bond’s bespoke tuxedo and stride into the legendary franchise’s iconic gun barrel sequence. He followed Sean Connery, who originated the role in 1962’s Dr. No, and George Lazenby, who appeared in only one Bond film, 1969’s On Her Majesty’s Secret Service.

Before Bond, Moore was a successful actor, known mostly for his starring role on the long-running British TV series The Saint. But his turn as the world’s most famous secret agent turned him into a global star. His arch delivery of one-liners and double entendres, not to mention the way he raised his eyebrows at the bevy of Bond girls who joined in his adventures and, frequently, followed him into his bedroom, made him a perfect match for the role in the sexually free 1970s.

He once described his simple approach to the role: “My acting range has always been something between the two extremes of 'raises left eyebrow' and 'raises right eyebrow.’”

Of the six actors who have played Bond — Timothy Dalton, Pierce Brosnan, Daniel Craig, Moore, Connery and Lazenby — none appeared more often in the role than Moore. He was also the oldest actor to play the MI6 agent, retiring from the franchise at age 58 after his final appearance in 1985’s A View to a Kill.

He receded from the spotlight after his Bond years, making sparse, usually tongue-in-cheek appearances over the rest of his career in movies like Spice World and Boat Trip. But he kept himself busy with humanitarian work. The poverty he witnessed in India while filming 1983’s Octopussy reportedly inspired him to work with UNICEF, which named him a goodwill ambassador in 1991. His charity work earned him his knighthood in 2003. Being honored for his work for others “meant far more to me than if I had got it for acting,” he said at the time.

Moore battled various health issues in his final years, including a serious case of pneumonia that left him temporarily unable to walk and diabetes, which he was diagnosed with in 2013. The latter forced him to give up alcohol, meaning the man who so perfectly embodied James Bond could no longer order martinis, shaken or stirred.