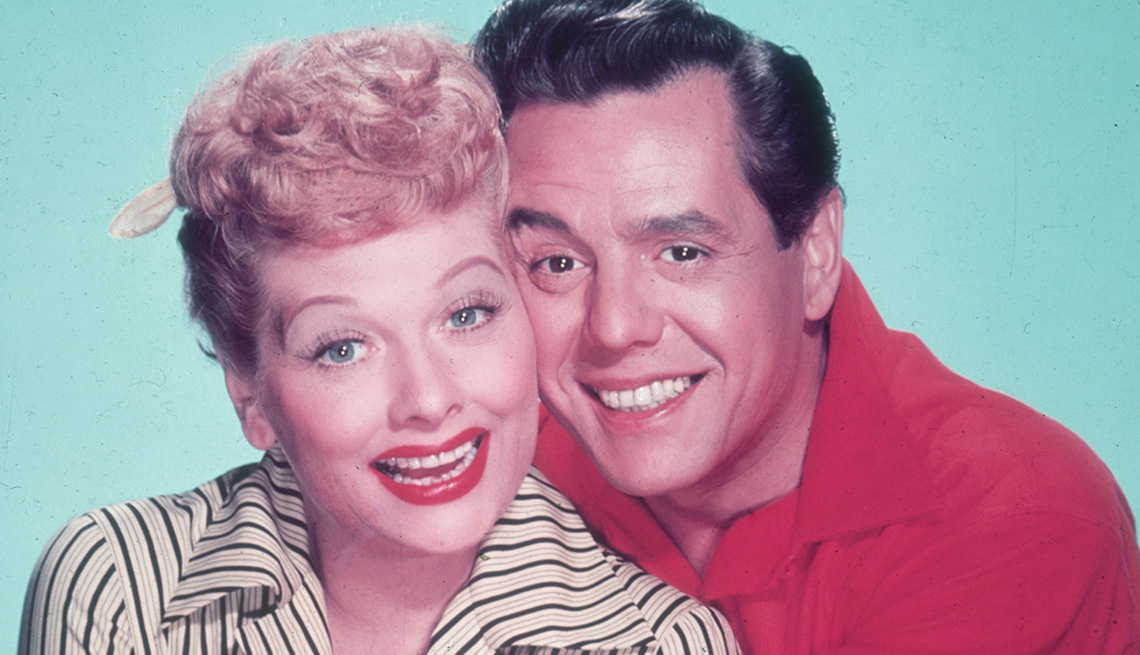 The children of the late TV innovators Lucille Ball and Desi Arnaz have signed off on a biographic film about their parents.

En español |  They made us laugh and sometimes cry, and now we’re about to relive the story of Lucille Ball and Desi Arnaz’s life. Amazon announced this week it bought the rights to the biopic currently titled Lucy and Desi. A release date has yet to be set.

The film will focus on the couple’s 20-year marriage, which ended in divorce, and their highly successful company Desilu Productions. Among the many shows they created and starred in was I Love Lucy, one of America’s original TV comedies that still has a huge fan base today.

When the series launched more than 65 years ago, some were skeptical of Arnaz, Ball's husband, playing her sitcom husband Ricky Ricardo. As history would prove, viewers got over it quickly and fell in love with Lucy and Ricky, as they were known on the show. The black-and-white production gained record-setting audiences from around the world episode after episode. After six seasons, production of the show ended. Within just a few years, we learned of the couple’s off-screen split in 1960.

Following the couple’s divorce, Ball bought out her husband’s share of their company, and she went on to become the first woman to head a major studio. Desilu was behind a number of big name productions including Star Trek.

The couple’s children, Lucie Luckinbill, 66, and Desi Arnaz Jr., 64, will be involved in the production of the upcoming film. Since their father died at age 69 and their mother died at 77, both in the 1980s, the brother and sister have had control of their memoirs.

Cate Blanchett has been selected to play Ball, but she is the only one picked so far. That leaves the question of who will play Arnaz, Vivian Vance and William Frawley. (The latter two played Ethel and Fred in I Love Lucy.) West Wing creator Aaron Sorkin, 56, is scripting the film. A number of names are circulating for Arnaz’s role. Below, let us know your pick for Desi.